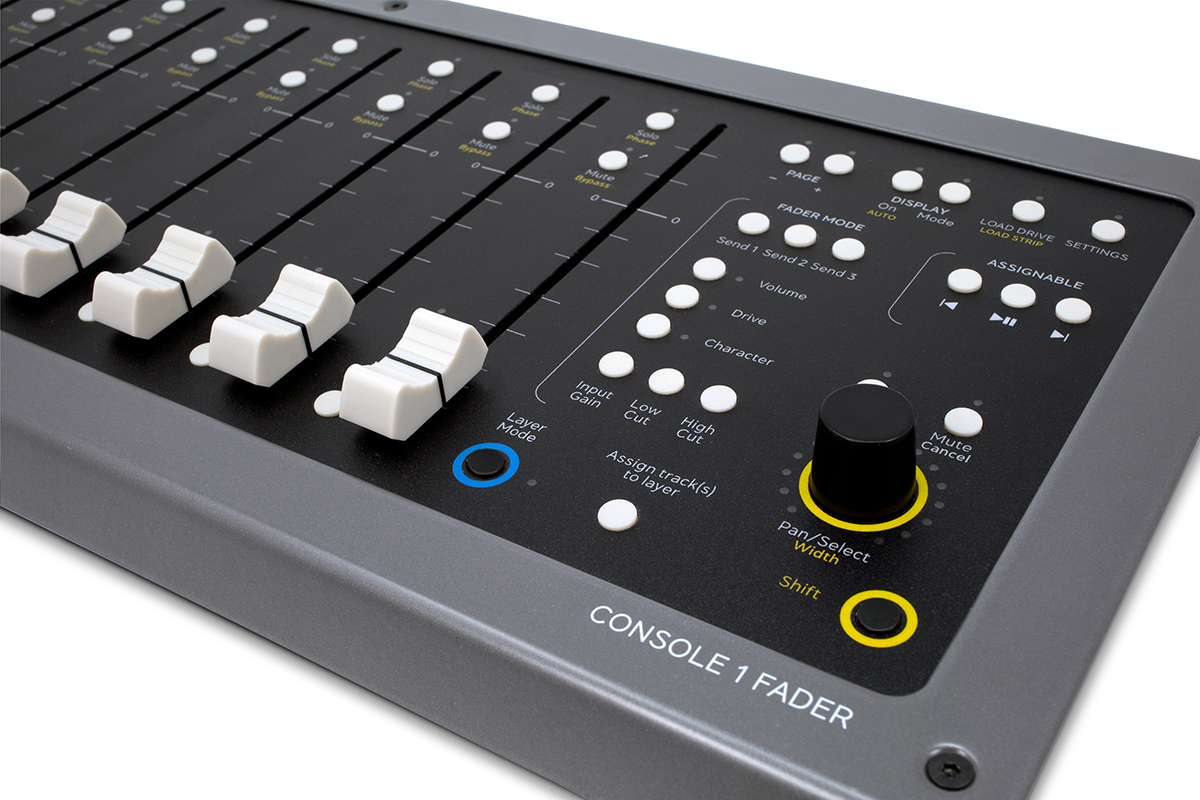 The Console 1 mixing ecosystem is so much more than a simple DAW/plug-in controller allowing hands-on control in the real world. It’s an efficient, elegant, and amazing-sounding modern mixing solution, combining hardware and software to give users the best of both worlds: the versatility, affordability, and usability of in-the-box mixing, alongside the workflow, feel, and focus dedicated hardware can bring.

“There are many ways to mix a masterpiece, but riding faders is a matter of muscle memory for a lot of us. And for good reason – reaching out and grabbing five or ten different sounds or groups at once, and quickly adjusting, listening, adjusting, listening, balancing… it’s a full-body discipline, and software alone can’t come close,” Softube explains to describe their new Console 1 Fader.

The new surface features ten touch-sensitive 100 mm Alps motorized faders that give a premium professional feel and feedback, while the weighty powder-coated steel chassis means durability and substance in a sleek Scandinavian design. And the Console 1 Fader also includes two software-based component-modeled analog console emulations, Tube and Discrete. “Way more than a clinical digital tool, Fader enriches sounds in the same ways as a true analog console, from filtering to saturation,” they add. 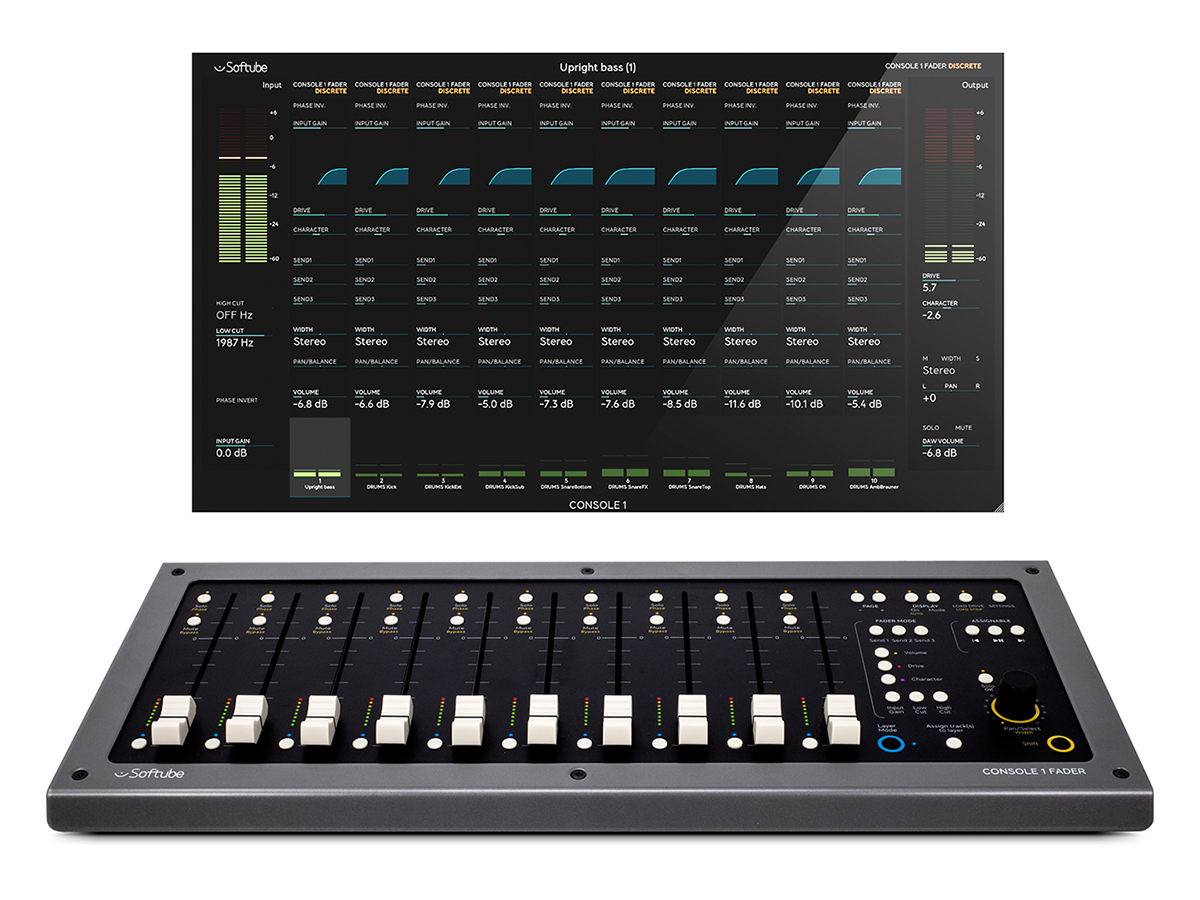 Tapping into the same purpose-designed software environment as the original Softube Console 1 channel strip controller, Fader extends the mixing experience with new levels of control, allowing control over up to ten channels at once, working volume, high-and-low-cut filter values, drive and drive character (modeled desk saturation), and more. And after the user is done with those 10 channels, he can just move a page up to access ten more channels, and ten more, giving easy access to the whole mix, even when tracks number into the hundreds.

The single knob on Console 1 Fader offers control of pan per track, but also unlocks a powerful stereo spatialization tool, to widen or consolidate individual tracks, situating each sound
perfectly in the mix. Better still, with the innovative new Layer Mode the user can create layers of tracks, putting many levels of mixing at their fingertips. “Fader can easily low cut all the guitars at once, or saturate groups early on for a top-down effect in seconds,” the company explains.

The new Console 1 Fader works with all major DAWs straight out of the box – no MIDI-mapping required, and can be used alone, or in combination with the original Console 1 channel strip controller for a tight ‘complete desk’ experience. Multiple Fader units can even be used together to build the ideal workflow for a specific studio. “Improving feel and workflow, and making the best of hardware and software available in one place, Fader allows users to raise the sound quality bar to new heights. Mixing a masterpiece isn’t easy, but with Console 1 Fader it’s a new kind of joy,” Softube states. 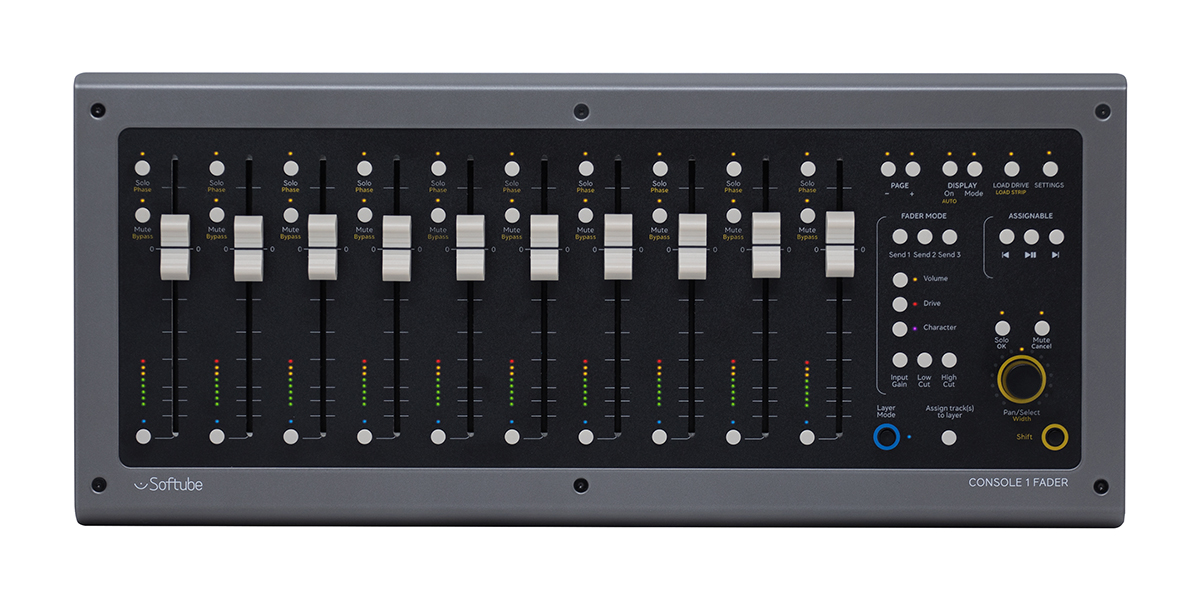 Softube was founded by Oscar Öberg in 2003 and consists today of thirty people, headquartered in Linköping, Sweden. Softube develops both hardware and software for musicians, producers, and engineers, often in partnership with big-brand partners such as Marshall, Universal Audio, and Solid State Logic, with an intense focus on sound quality.
www.softube.com
related items