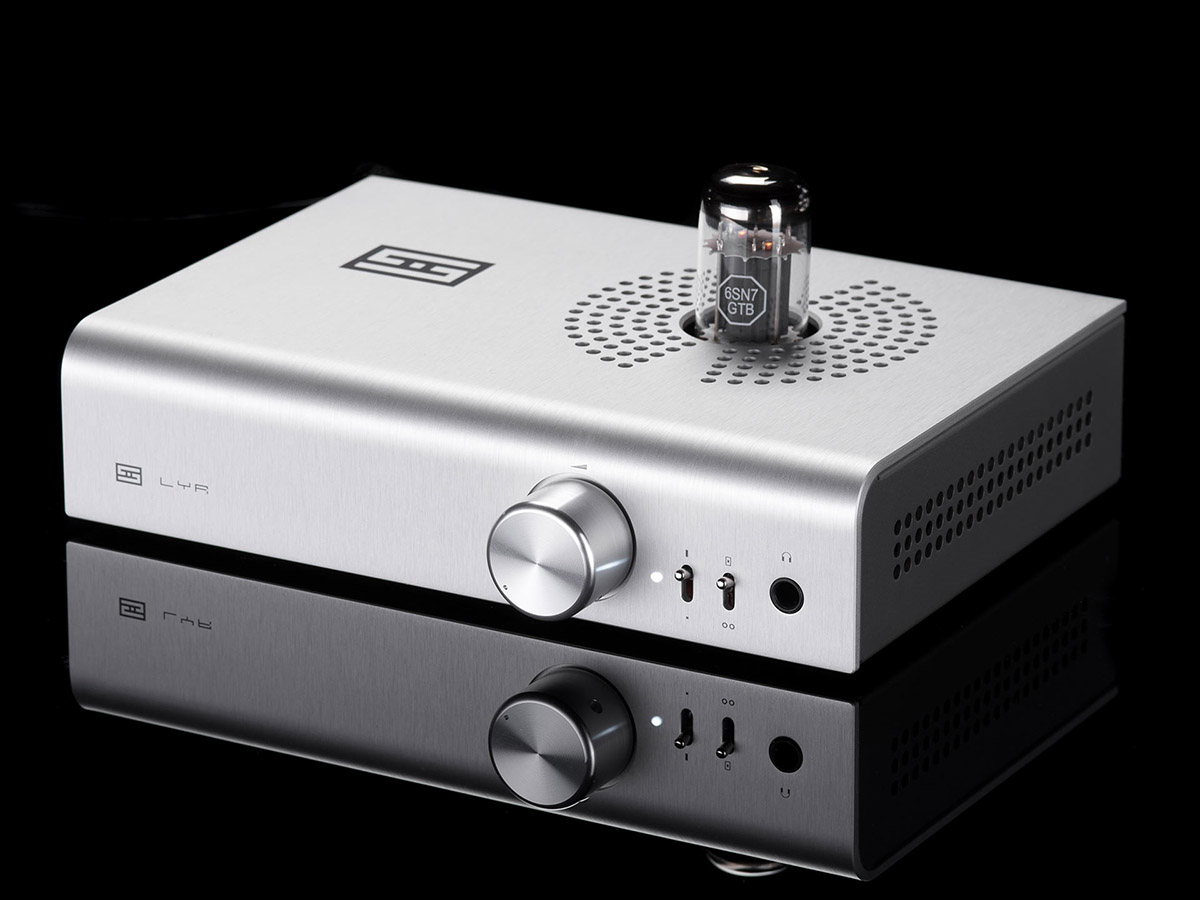 The company founded in 2010 by Jason Stoddard and Mike Moffat continues to expand it's range of affordable high-end audio solutions, currently spanning DACs, headphone amplifiers, and preamplifiers, from $49 to $2399.

“This is a clean-sheet design,” says Jason Stoddard. “Modularity means you can use the same cards as Jotunheim to create a single-box amp/DAC or amp/phono that’s very desktop friendly. But it’s a whole lot more than that. We developed a new tube/bipolar hybrid topology that we’re calling Coherence, for the seamless way the tube and transistor work together. We also developed a constant-transconductance output stage, which we’re calling Continuity, to address the most fundamental issue with a Class AB amplifier — and bring it closer to Class A performance.”

In addition to being a technology showcase, Lyr 3 is a versatile, powerful, and convenient solution for desktop listening via headphones and powered monitors. Lyr 3 can be configured with a Multibit DAC, a AK4490 DAC, or a phono preamp module, so it can be tailored to the users’ specific needs. In addition, Lyr 3 can be converted from a hybrid design to an all-solid-state amp by using Schiit’s Octal LISST (a solid-state tube product.)

The new unit also delivers its full 6W RMS of power at 32 ohms via the single-ended headphone jack, so there’s no need for balanced connections for high power. Lyr 3 uses only a single tube, which means lower tube costs and no need for matched tube pairs. The Coherence hybrid topology makes the most out of the supplied NOS 6N8S tube, and also works with all NOS and new-production 6SN7 tube types. 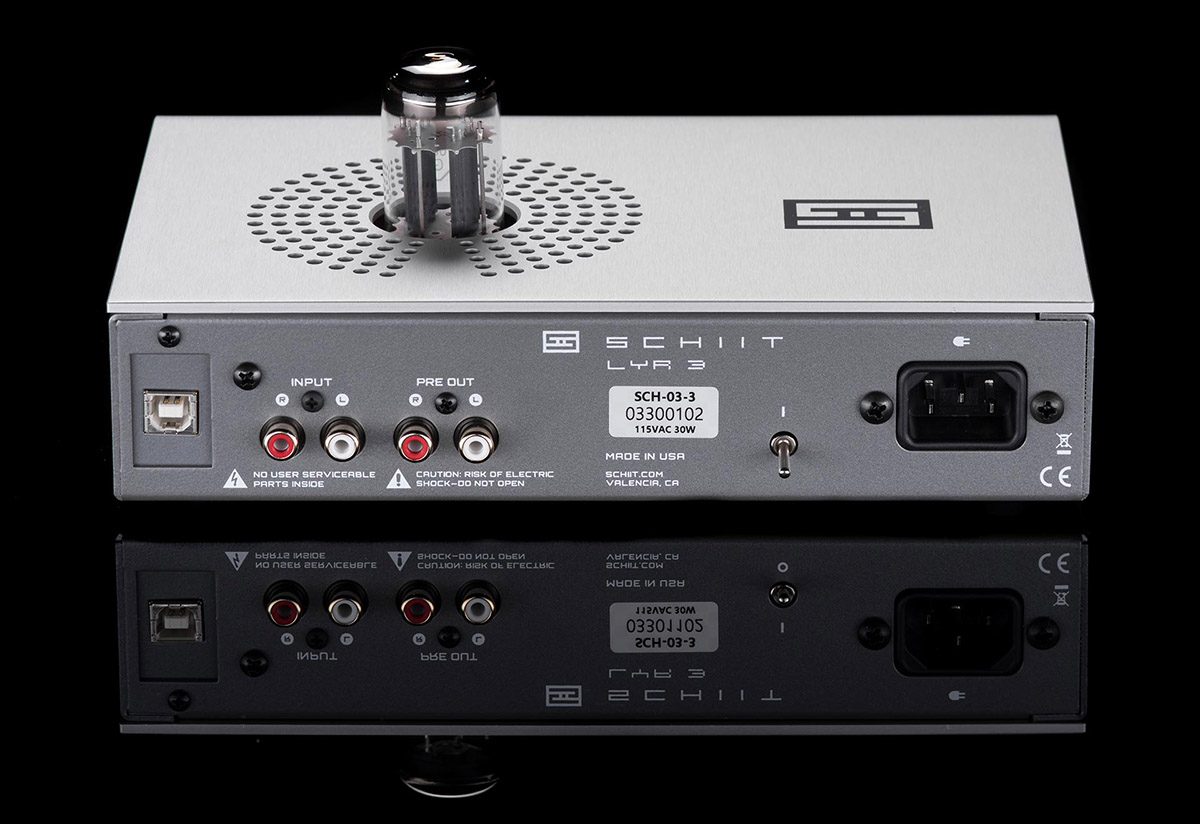 Jason Stoddard explains a little more. "To improve on Lyr 2, we had to completely reinvent the amp, introduce two new technologies, and make it modular. Yes, that’s right. Not only is the new Lyr 3 a big sonic upgrade, it can be configured with the DAC or phono preamp of your choice — just like Jotunheim."

"Want to run IEMs? Sure. Need power for your HE-6? Sure. If this means nothing to you, just be confident that you can plug any headphone into Lyr 3 and get great sound. With full power delivered from the standard 1/4" jack, you don’t need balanced headphones to take full advantage of Lyr 3.  You can select from the internal card or rear-panel analog input, and pick high or low gain with convenient front switches. Connect the preamp output to your powered monitors for a complete desktop system—or use it as a front end to your speaker power amplifier. Lyr 3 provides all the flexibility you need."

The card features the same Analog Devices AD5547 D/A converter and Schiit's own time- and frequency-optimized digital filter on an Analog Devices SHARC DSP as Bifrost Multibit and Modi Multibit.  Schiit can install the card, with a convenient scheduling email order system. 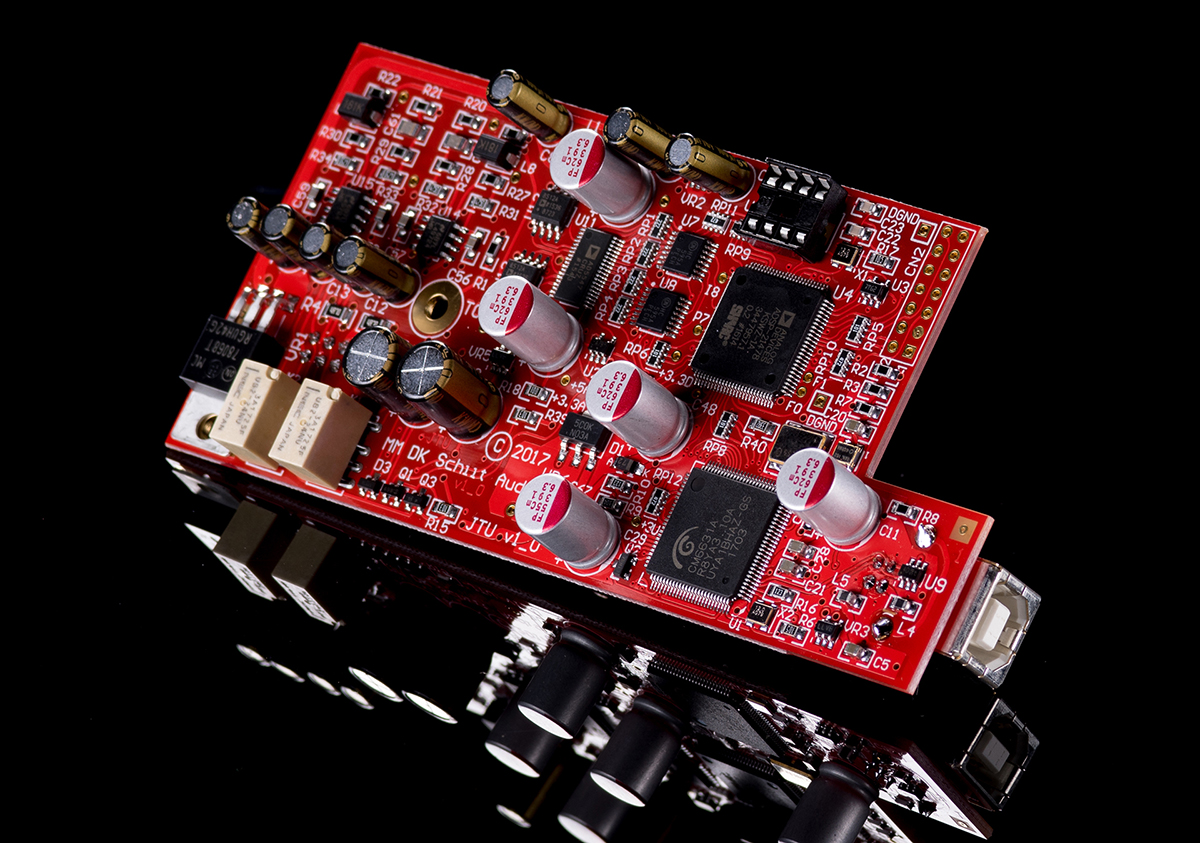 “The availability of the Multibit DAC card creates a one-and-only product,” said Jason Stoddard, Schiit’s Co-Founder. “It’s the only do-all balanced desktop headphone amplifier and preamp to incorporate Schiit’s true multibit technology. It also delivers on our promise of modularity: all Jotunheims can be upgraded with the Multibit DAC card, rather than instantly becoming obsolescent.”

“It’s essentially a Modi Multibit with a single input—USB,” stated Mike Moffat, Schiit’s co-founder, and head of digital technology development. “One of the most popular orders at Schiit.com is a Modi Multibit and a Jotunheim. We’re now putting this capability in a single, convenient box.”

Those placing an order for the modular Jotunheim or Lyr 3 can also choose the more affordable AK4490 G2 DAC delta-sigma module for only $100. There's also the MM phono input module, for 42dB of gain and passive RIAA, at only $100. “The availability of multiple modules allows customers to build systems to their needs,” adds Jason.