The ST-70 Series 3 tube amplifier is the first Dynaco product to be relaunched by Radial. A 35 watts per channel, Class A push-pull stereo design, that has been long characterized as a robust, reliable design of exceptional value. After a complete evaluation of the design, considering the need to comply with modern safety standards, and production consistency, according to Radial, the ST-70 Series 3 "builds upon the proven design philosophies of the original David Hafler-designed ST-70 and uses contemporary design techniques to implement performance improvements that meet the requirements of modern audiophiles." 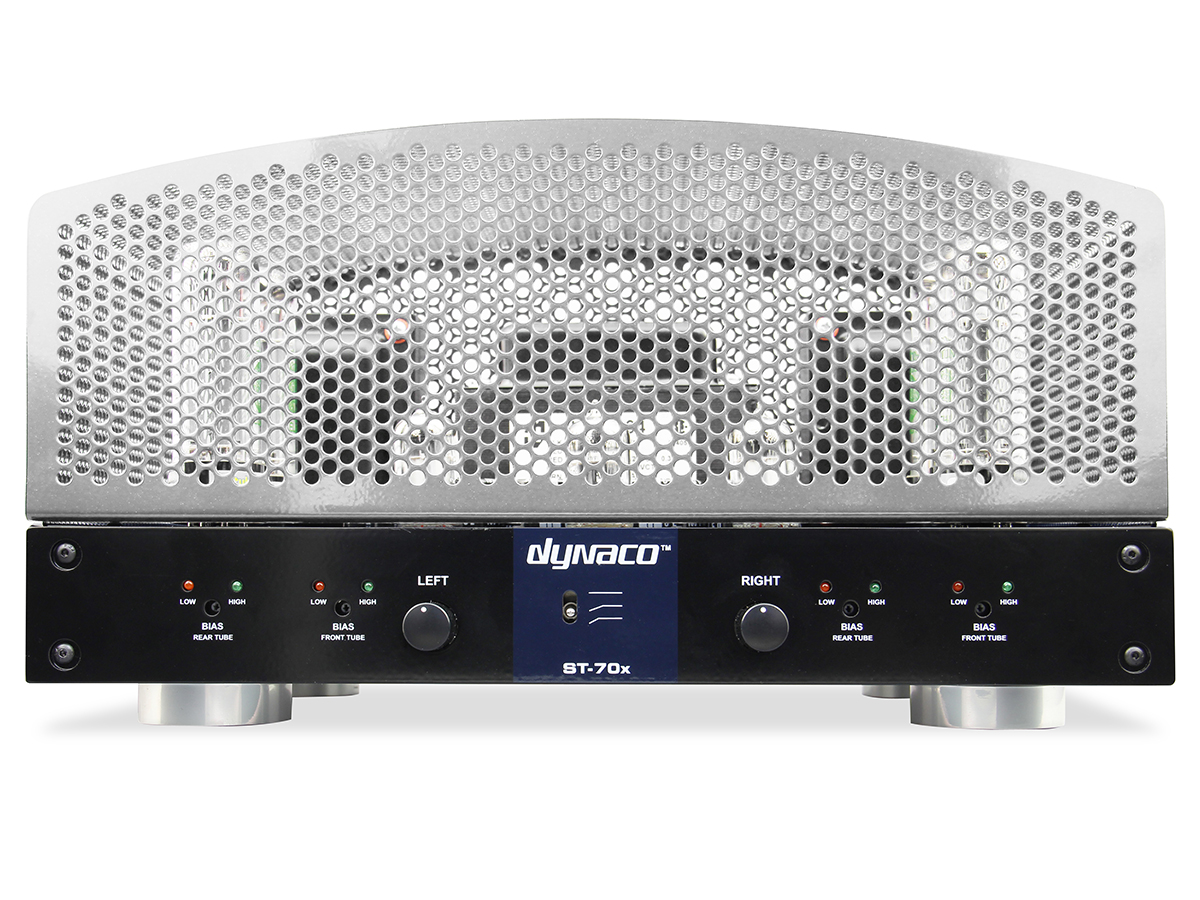 Dynaco engineers have made extensive use of high-quality parts that were unavailable at the time of the original design including precision metal-film resistors, poly-composition capacitors and miniaturized high-capacity power supply electrolytic capacitors. In addition, many of the newer parts are also built to tighter specifications than the originals. For instance, the PCB is constructed of military-grade, double-sided epoxy fiberglass PC material. In compliance with modern practices, the speaker binding posts have been updated, and a heavy-duty three-pin detachable grounded power cord is provided. Signal ground is the same as electrical ground and chassis, and all signal connectors are gold-plated.

Radial took into consideration that tens of thousands of original Dynaco tube amplifiers are still in use around the world. In fact, more quality music systems have included Dynaco tube preamps and power amplifiers than any other combination. As Radial notes, "The original Dynaco Stereo 70 is a true classic still regarded with awe by audio enthusiasts worldwide. This “new 70” reflects the illustrious history of Dynaco’s involvement with vacuum tube designs as well as the latest advances in vacuum tube technology. We like to think of the 3 as the update that David Hafler would have made if he were alive today. Besides, there is no point recreating the old amplifier precisely with some upgrades. If people wanted the old amplifier with upgrades the aftermarket upgraders do an excellent job restoring and upgrading the old stock of ST-70 amplifiers at a better price than a new amplifier will cost. We feel people who are buying new want a better amplifier though still based on the work of David Hafler."

After building multiple prototypes, the latest rendition has seen a substantially overhauled power supply from the original version, utilizing a larger dual-primary power transformer with improved line regulation, increased filter capacitance, and a solid-state rectifier that results in a much "stiffer" response. The resulting bottom end is a dramatic improvement over the original ST-70's low-end response. This is augmented with a three-position high-pass filter switch to allow listeners to tailor the low-end response of the amplifier to their personal tastes.

The redesigned front end of the Series 3 amplifier replaces the obsolete 7199 pentode signal tubes from the original ST-70 with more commonly-used 12AU7 dual-triode tubes as part of a configuration that harkens back to the classic Williamson amplifier - this in itself has a long-storied history in the audiophile community. The output stage and EL34/6CA7 output tubes retain the same elements as the original ST-70 yet with the new design, the bias adjustment for the output tubes can be individually set using a front-panel recessed trimmer for each tube. After a warm up period (and with no input signal present), the bias is easily set by matching the brightness of the front-panel LEDs. Tremendous effort was applied to improving upon the original output transformers in effort to increase damping and low frequency stiffness. A rear-panel switch allows the listener to select between 4 and 8-ohm speaker loads. The feedback location is also configured by this switch, and the gain is adjusted accordingly. This results in an improved transient response when compared to older ST-70 implementations.

As the company outlines, "building on the legacy of David Hafler's enormously successful Stereo 70, the new Dynaco ST-70 Series 3 incorporates advancements in component quality, improvements to the electronic circuit performance and an all new ergonomically pleasing design that is sure to please the most demanding audiophile."

The new Dynaco ST-70 Series 3 and all subsequent Dynaco products currently in the works will all be "Proudly made in North America." For more on the  Hafler-Dynaco story click here.
www.hafler.com | www.radialeng.com
related items