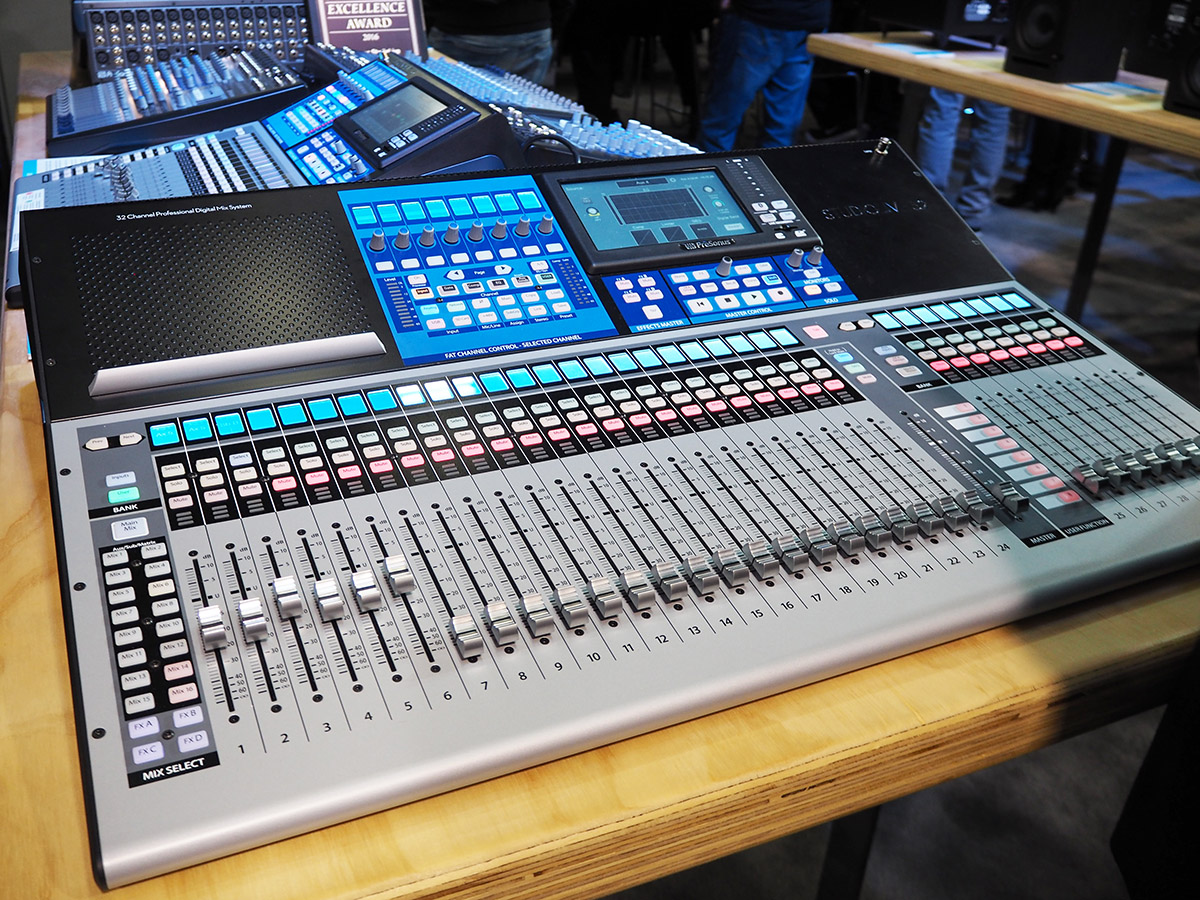 The new 24- and 40-input consoles further improve on the StudioLive’s legendary ease of use while letting users customize workflow and operations to fit the way you work. PreSonus Capture multitrack recording software with virtual soundcheck is installed directly into StudioLive Series III consoles so users can use their laptops for other things. With just one touch, Capture records up to 34 tracks to the StudioLive’s onboard SD recorder. When finished recording, the Capture session can be opened in Studio One for Mac and Windows (included), and the entire mix scene will transfer to a Studio One session, including fader levels and Fat Channel settings. 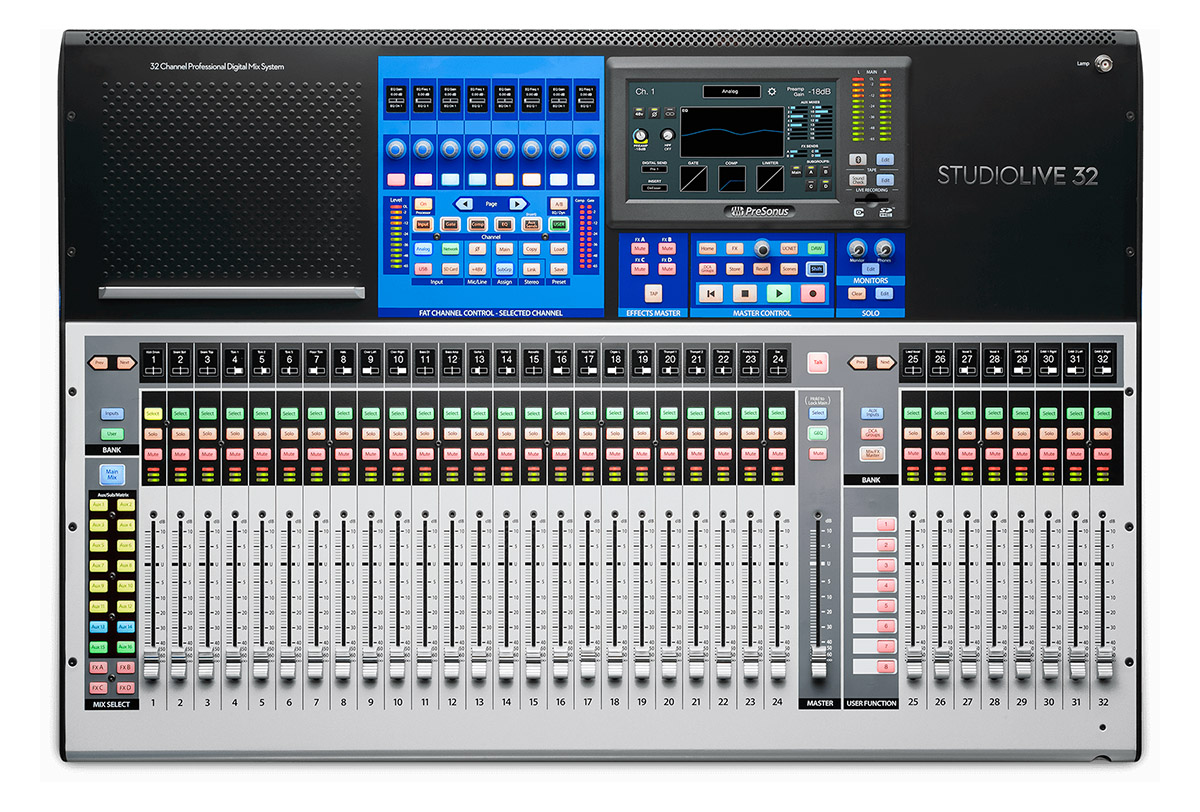 StudioLive Series III goes above and beyond in providing ways to customize things to best fit the way users work. User layers for the channel faders allow placing any channel or bus fader anywhere they want, and they are extremely easy to set up. Users can also customize their Fat Channel layout, putting the parameters they use the most right at their fingertips, and there are several workflow options to personalize the mixing experience.

With StudioLive Series III consoles, users can also customize scenes even more precisely than with previous models. Users could always decide which settings would be recalled in a global StudioLive scene change. Now, with Scene Safe, a scene change won’t alter the settings on designated “safe” channels. Similarly, Fat Channel presets have, for practical purposes, become like scenes for individual channels, not only saving input and Fat Channel settings but also aux send and bus assignments. Of course users can also use preset filters to choose what they want to recall. 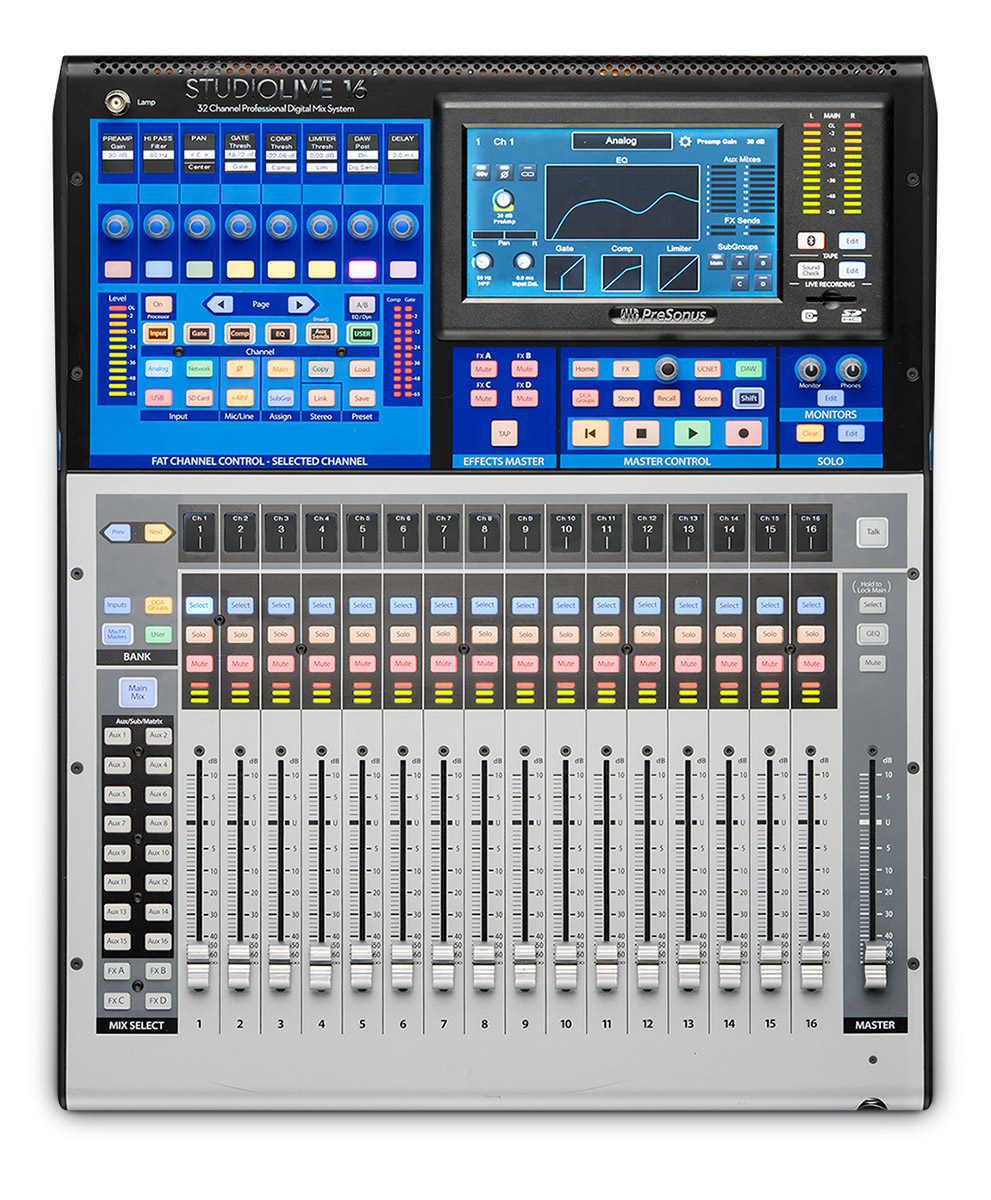 Thanks to 16 FlexMixes that can be individually designated as aux, subgroup, or matrix mixes - in addition to the 4 fixed subgroups - the new StudioLive Series III consoles have a total of 20 mix buses, not counting the main mix, effects mixes, and solo buses. And with 24 DCAs, users can more easily and flexibly control groups of channels. To top it off, it's possible to choose between 1-to-1 or split-layer workflows: Assigning all channels to the top layer, with one fader per input channel, or split the faders between inputs and outputs, including DCAs and aux outputs.

Like in previous generations of PreSonus consoles and interfaces, an AVB Ethernet connection enables to network compatible computers and stream up to 55 channels of audio to and from a Mac or Windows PC. PreSonus also states that new AVB networked solutions, including stageboxes, personal monitor mixers, and increased third-party AVB interoperability, are coming later in 2017. The new StudioLive Series III consoles also feature 38x38 recording via USB 2.0, giving users a choice of computer recording methods. In addition to the AVB recording connection, StudioLive 32 consoles sport a 1 Gb Ethernet port that can connect to a wireless router or directly to a computer, providing remote control of virtually all features via a wired or wireless connection.

PreSonus StudioLive 32 mixers are tightly integrated with an entire suite of state-of-the-art software, allowing users to mix wirelessly or over a wired network from anywhere using the free UC Surface touch-control software for Mac, Windows, and iPad, or even add a second—or third, or even fourth! —screen for fast workflow. The mixer’s recallable XMAX preamps and Fat Channel processing can be remote controlled with the Studio One software (included) for low-latency recording with effects, and virtual soundchecks and record shows can be completely automated with Capture for Mac and Windows (included) — or recorded with Studio One or with any software that supports ASIO or Core Audio.

The new StudioLive 16 comes with Studio One Artist, while the StudioLive 32 includes the full power of Studio One Professional. Musicians can control their monitor mixes onstage with the free QMix-UC app for iPhone, iPod touch, or Android devices without the need for large monitor networks. StudioLive 32 digital console/recorders are available immediately, with a U.S. MAP price of $2,999.95; the StudioLive 16 will ship later in Q1 of 2017 at an anticipated MAP price of $1,999.95.
www.presonus.com
related items