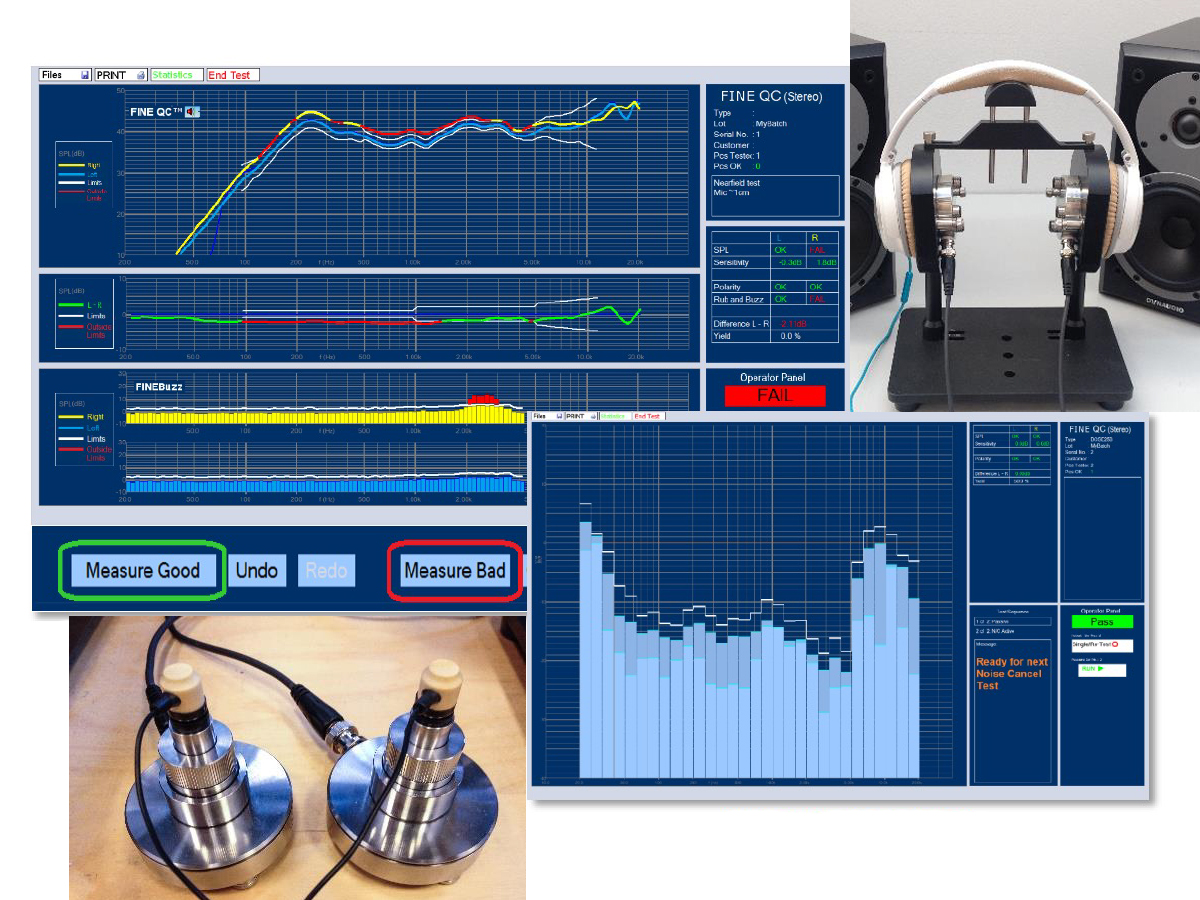 The new dedicated Headphone QC Analyzer from LoudSoft combines a new dedicated headphone/earphone hardware analyzer with the new QC software, FINE QC/Headphone and is able to test a headphone in 1 second, including Left-Right difference and Rub & Buzz for both, and the test cycle can also include Noise Cancel Test, both passive and active.

The new FINE Hardware 2 is an advanced multi-channel hardware with built-in power supply, very similar to the FINE Hardware 1, but it was designed to include features especially focused on headphone/earphone testing. Those features include three microphone inputs with selectable 48 V phantom power, support for 48, 96, and 192 kHz sampling, a fast USB-2 interface, and separate L + R headphone amplifier output. The main amplifier is a 25 W, balanced unit with XLR balanced Line Out and there’s three TTL inputs plus three TTL outputs on the rear panel, where we can find also current monitor terminals. The test procedures require two separate fixtures available for headphone and in-ear headphone testing. 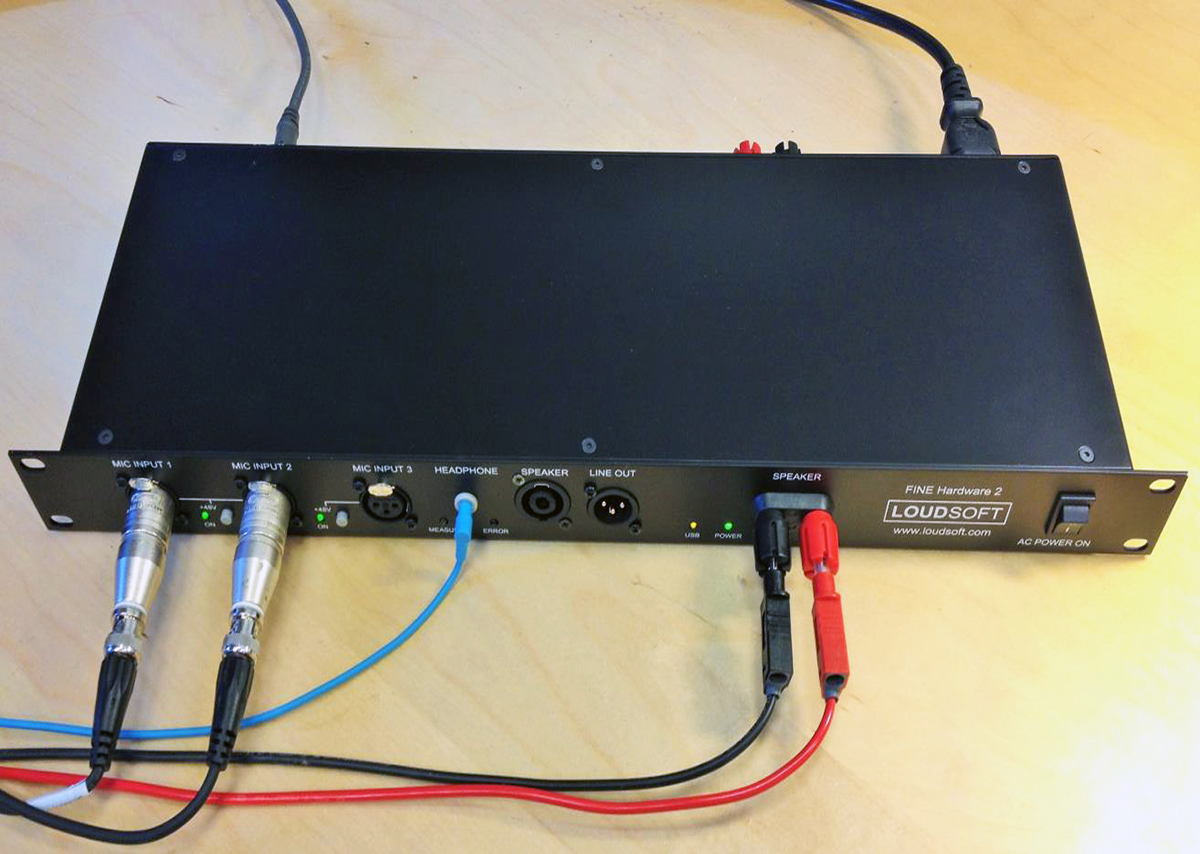 LoudSoft was founded by industry veteran Peter Larsen, which has been working in the loudspeaker industry since 1974. He started his career with SEAS, was Chief Engineer for Vifa 1979-1987 and for Dynaudio 1987-1990. Until 1993 he worked with JBL in USA. From 1993 Peter Larsen has worked as an independent consultant for leading loudspeaker factories all over the world: Audax in France, KEF Audio in UK, Goldmax in China, Vifa-Speak in Denmark, Peerless Fabrikkerne of India, NXT in UK, Microlab in China, Apple in USA and many others.

During the period as an independent consultant Peter Larsen has specialized in in-depth analysis of loudspeakers and manufacturing techniques, research concerning new components and materials, advanced Acoustic Finite Element modeling, new measuring methods, novel speaker design concepts and development of several customized products (private label).
Among the products developed by LoudSoft we can find the FINEMotor software for magnet systems and voice coil design; FINECone for analysis of the mechanical and acoustical properties of loudspeakers, supporting cone, dome, surround, and dustcap design, as well as driver optimization; and FINEBox for loudspeaker box design.

In 2007 FINE QC End of Line Test system was introduced. Having worked in the loudspeaker industry since 1974 Peter Larsen was frustrated over the lack of good QC test solutions. The existing systems on the market were all designed by electronic engineers, had interesting features, but lacking the real necessary features required in loudspeaker production.

The FFT based system excludes reflections, eliminating the need for an anechoic chamber and the latest version has replaced human testing of micro speakers in China, and will do a complete test including Rub & Buzz in 0.5-1 second. FINE QC is now getting extremely popular in the Industry, also because all measured data are automatically saved for Statistics.

The intuitive FINE R+D was introduced in 2011 and is the last element in the FINE Circle, which connects all the design software and measuring systems together forming a total development and test system for loudspeakers, headphones and micro speakers. The FINE R+D FFT system performs all anechoic acoustic measurements on loudspeaker systems, woofers, midranges, tweeters, compression drivers, headphones, headphone speakers, headsets and micro speakers.

The intuitive FINE R+D system uses the same FINE hardware as FINE QC, providing an R&D system with all advanced features such as up to 16 anechoic FFT measurements, T-S parameters, SPL, and impedance with phase, harmonic distortion, waterfall, real-time analysis (RTA), and numerous curve splice/averaging options. The latest version even saves the time data so the engineer can change the FTT window and other settings later, giving unseen flexibility.