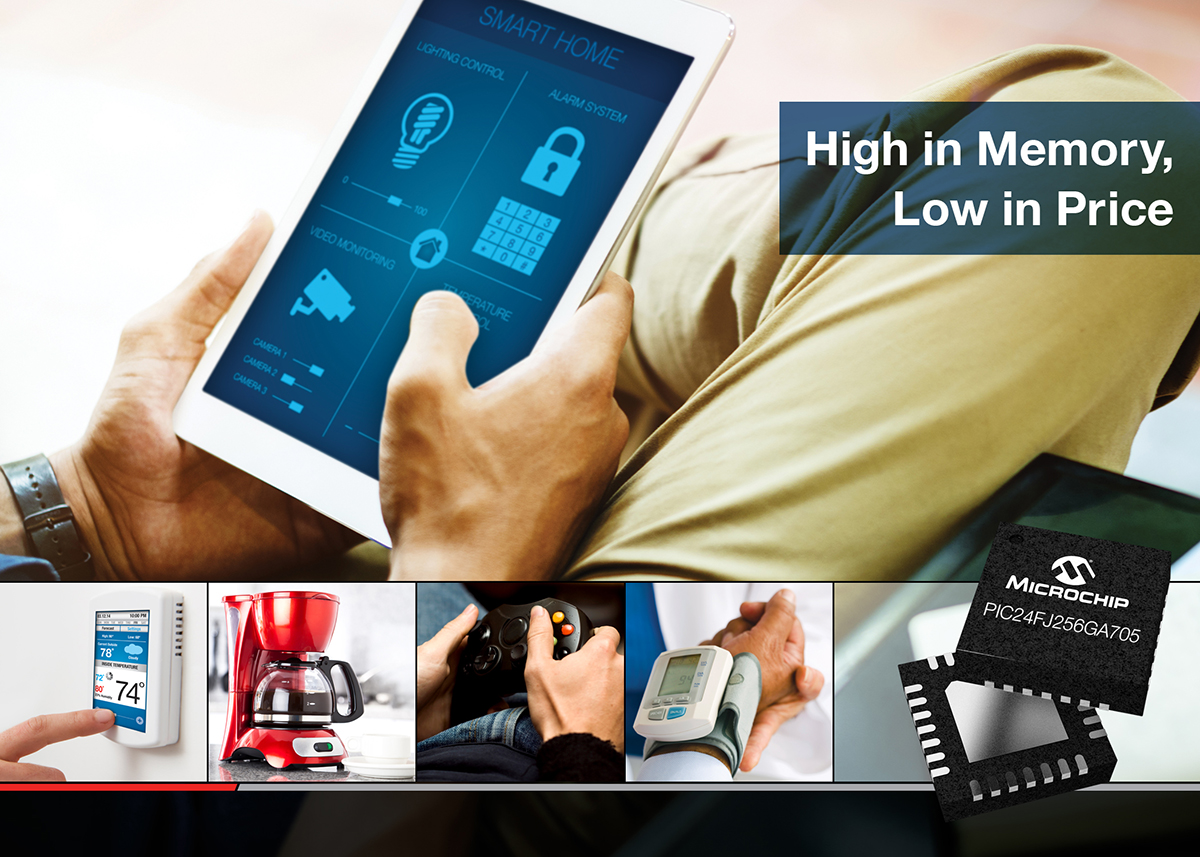 The PIC24 “GA7” devices offer low-power modes including multiple sleep modes, down to 190 nA, to greatly decrease power consumption for extended battery life in portable applications at a fraction of the cost of previous solutions. The new devices also offer up to 256 KB Flash and 16 KB RAM and are available in 28, 44 and 48 pin count package options, some as small as 4 x 4mm. 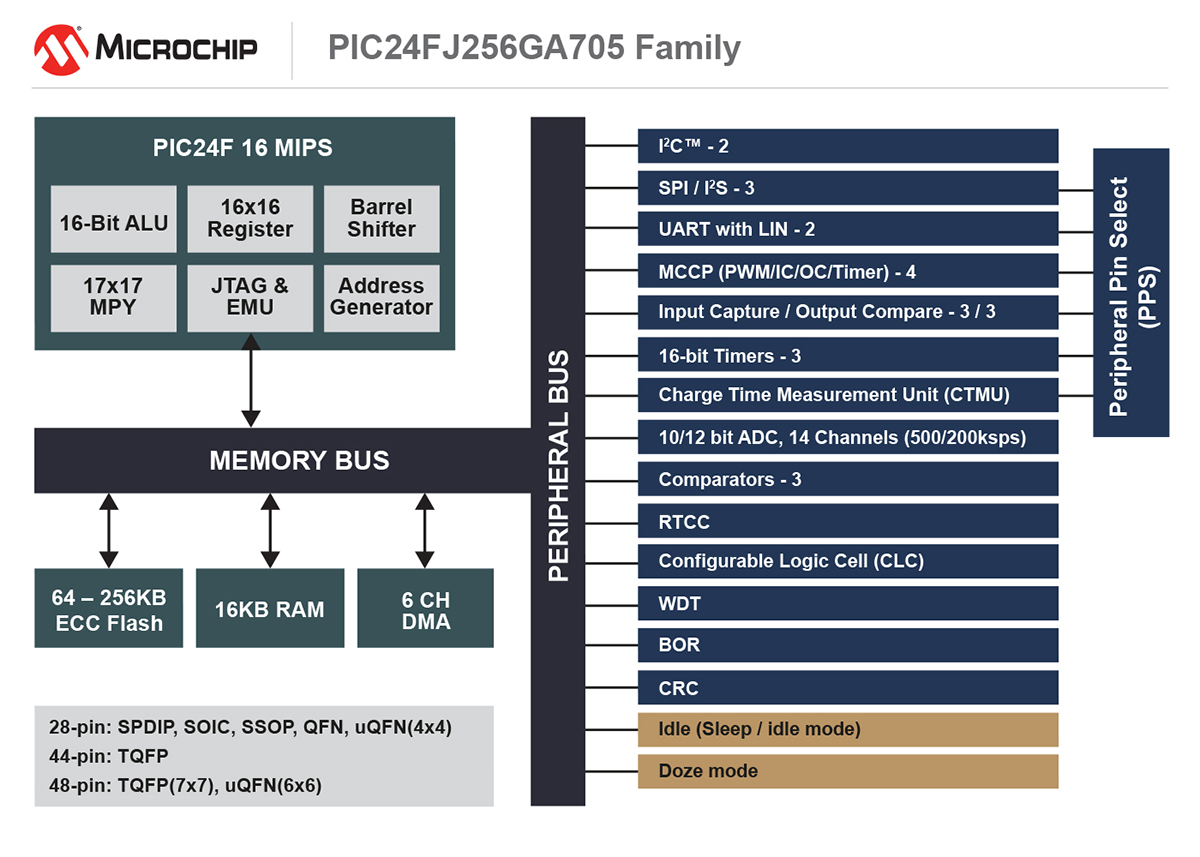 The PIC24 ”GA7” devices are also supported by Microchip’s MPLAB Xpress Cloud-Based IDE, which is an online development environment containing the most popular features of MPLAB X IDE. MPLAB Xpress incorporates the latest version of MPLAB Code Configurator, which enables users to automatically generate initialization and application C code using a graphical interface and pin map. Best of all, MPLAB Xpress IDE is free, and can be accessed from any Internet-connected computer, anywhere in the world.