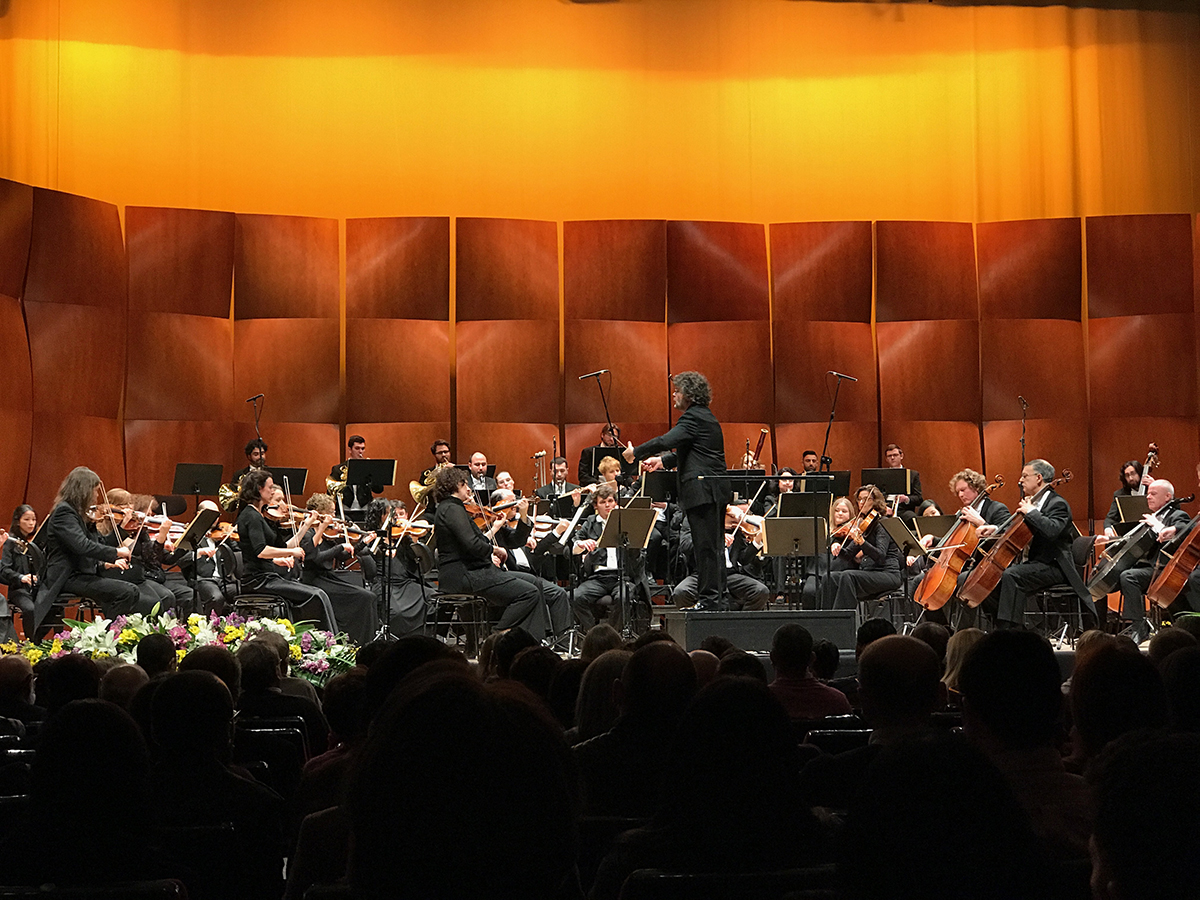 Internationally recognized as one of the most innovative manufacturers of acoustic treatment panels and high-performance acoustic solutions, JOCAVI Acoustic Panels' extensive catalogue of acoustical solutions combines science with unique choices of materials. The company's range of specialised AS Acoustic Shells, adopted globally in auditoriums, concert halls and touring orchestras is generating accolades wherever they are commissioned, and is even encouraging a flourishing rental business for entertainment companies.

For the Malta Philharmonic Orchestra, JOCAVI delivered a “first of its kind” WoodFoil Acoustic Shell solution, using 120 x 120 cm panels, configured in a portable version and A/B configuration design. The installation was provided by JOCAVI's distributor in Malta, Digital Magic Pro Audio Co, which specified the shell solution for both rehearsal situations and different orchestra performances.

On March 11, the orchestra had its first concert using the Acoustic Shell at the historical Republic Hall, part of the Mediterranean Conference Centre in Valletta, Malta, an historical building, built in the Sixteen Century and converted to a conference center and auditorium already in the 19th Century. Unfortunately, the space was not designed to be a concert hall and provides several acoustic challenges. 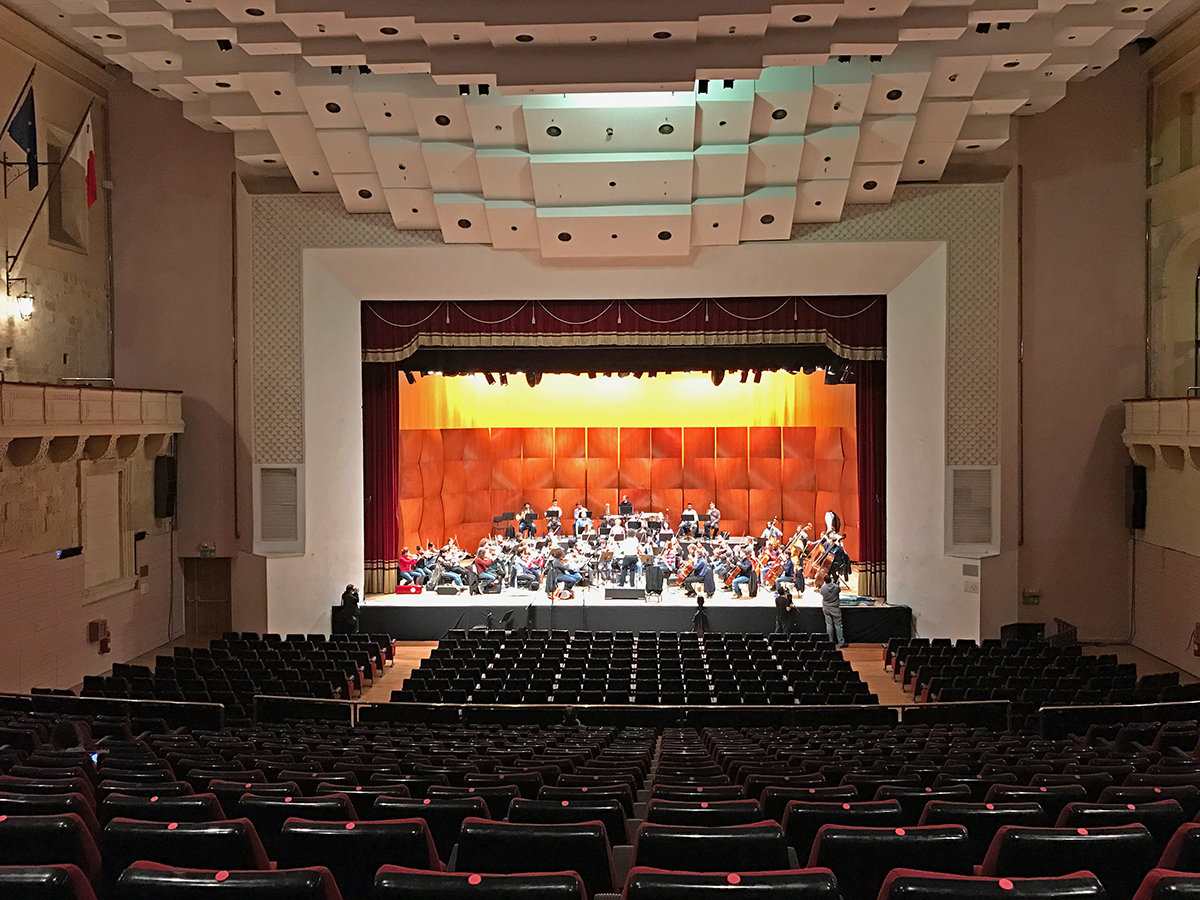 As Alec Massa, from Digital Magic, explained, "The space on stage was not designed for music and we looked at having some kind of solution to better project the sound of the orchestra back to the audience and for the musicians on stage to hear themselves in a much clearer way. The portable WoodFoil Acoustic Shell model was chosen because the installation was not permanent and the orchestra needed something that could easily be assembled and disassembled, wheeled in and wheeled out to venues where the orchestra will perform. In this space, the transformation on how the orchestra is heard was clear. For the orchestra, it's like a revolution. The solution provides a much better experience for the orchestra and for the public."

The inaugural event was also an important moment for the orchestra and Malta's government, which funds the institution. Malta currently holds the European Union's presidency and the orchestra has a full schedule of events. In the occasion, they performed Beethoven’s 3rd Symphony - the Eroica - under the baton of the orchestra's Principal Conductor and Artistic Director, Brian Schembri. The first part of the concert featured Isouard's Joconde Overture, followed by Johannes Brahms' Double Concerto in A minor, with renowned soloists Jiman Wee (violin) and Kirill Rodin (cello) joining the orchestra to perform. 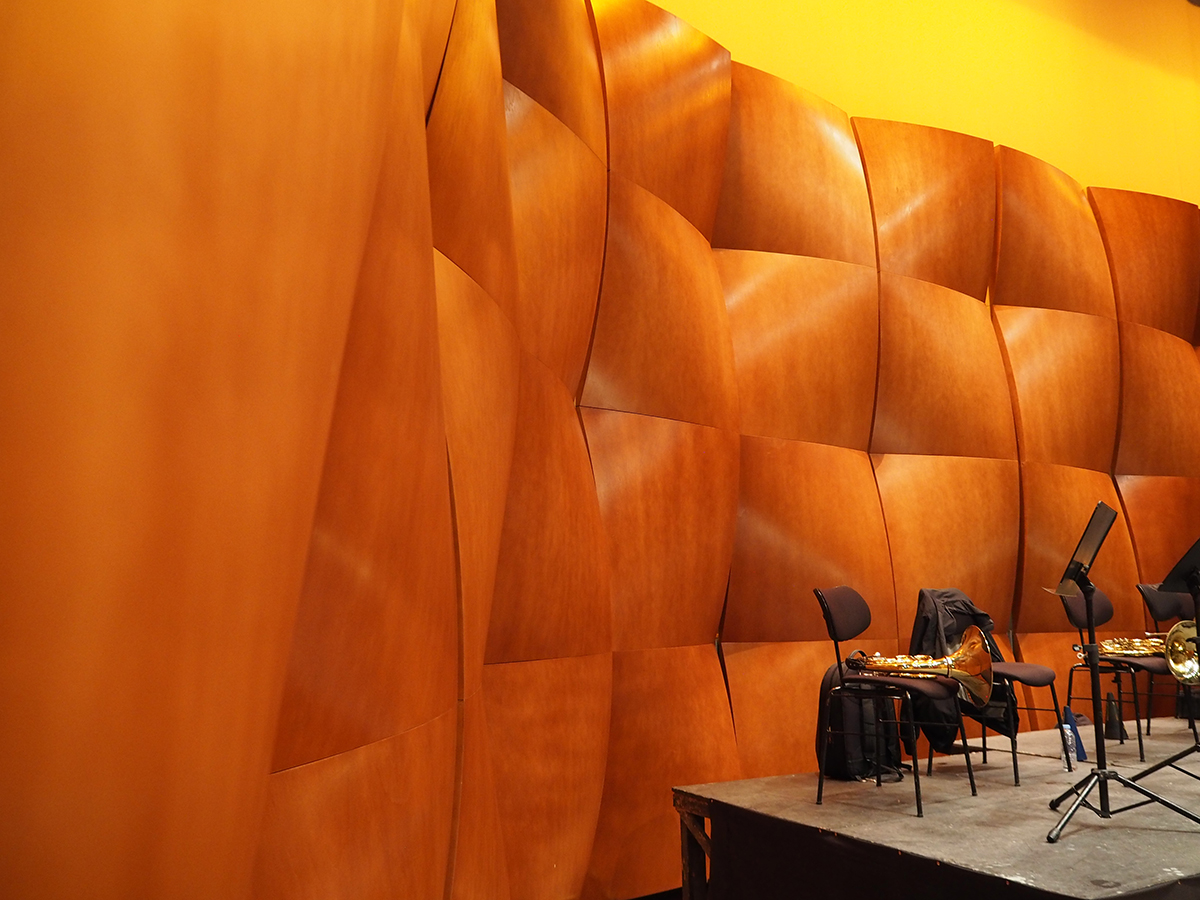 Conductor Brian Schembri, was extremely pleased with this first experience with JOCAVI's WoodFoil Acoustic Shell solution. As he explains, "in this hall we had a problem of sound projection. Of the sound on stage, where the musicians had problems to listen to each other. We had a problem of not really being able to judge the dynamic range of the orchestra. Sometimes, since the acoustics where working against us, the orchestra had to play forcefully to get a quality sound and so our dynamic range was very limited, and obviously, it was very tiring. In the rehearsals, we've had we tried different positions, and I think the installation helped us a lot. Not only to have more comfort but even to be more attentive to details, allowing us to work on the balance of the sound and know where the problems are. Now, I wouldn't want to do a concert without it."

The orchestra musicians also praised the experience and the acoustic dynamics, allowing them to hear more detail and the different instrument sections. "Now we just need to play normally without applying so much energy," one of the musicians stated.

JOCAVI's AS Acoustic Shell range was designed for optimal diffusion in theaters and concert halls and includes different ABS and wood panels with unique geometries, which make them particular effective in any sort of live entertainment environment. The installation of these acoustic diffusion components, available in permanent installation and portable versions is meant to project the non-amplified original sound from the stage towards the audience, while also enhancing the performers awareness of stage sound. This makes the acoustic shells ideal for rehearsal spaces and a piece that changes the room’s acoustics by enhancing its features.

The AS Acoustic Shell range includes acoustic diffusing components that naturally enhance the sound coming directly from its sound sources and instruments, without the inherent electro-acoustic characterization or coloring. The panels also prove extremely effective in creating a proximity effect between the stage and the room, eliminating the apron separation. Jocavi's different EffectFuser, WoodFoil, Plura and DynamicFlow models have been designed at the specific scale of these needs with a shape and depth to generate a high diffusion coefficient on medium/low frequencies. The WoodFoil model, adopted by the Malta Philharmonic Orchestra, is a large-sized shell that provides a very homogeneous diffusion while also creating an aesthetically pleasing background for the performances.

Manufactured in ABS or wood with a rigid framework, these pieces can be coupled and multiplied to suit each project's demands and the specific areas, emphasizing the sound diffusion at a different covering angles and shorter or longer incidence distances, with more or less accentuated scattering effects which focuses or widens the energy. Modules can be stacked or hung from the ceiling in order to generate optimal sound diffusion in the required angles and can even be mounted with a motorized rigging system over the stage. Their low weight also makes mounting easier. In the specific WoodFoil version, the panels allow a wide variety of diffusing effects depending on its different position and pattern combination.

Based on works and experiments in the field of sound wave diffusion and the positive aspects that result from the presence of diffusers in rooms, the WoodFoil Acoustic Shells can be coupled and multiplied in such a way that is adequate to each project and to obtain a diffusing area that is proportionate to the space in question. Each portable vertical module in this installation used four 120 x 120cm pieces, creating a diffusing homogeneous surface of 480 x 120cm.

Being both a pro audio distributor and service provider for the region, Digital Magic already has multiple successful installations with JOCAVI's acoustic panels in Malta and in fact the company had already supplied multiple solutions for the Malta Philharmonic Orchestra spectacular rehearsal building (in a former church), which is also undergoing renovations. Among several other solutions, the orchestra uses JOCAVI's Wallblind portable acoustic blind panels in some of their rehearsal rooms, while the philharmonic is already looking at expanding the Acoustic Shell configuration adding extra panels to accommodate different performances.
You can see a video about this installation here.
www.digitalmagicmalta.com | www.maltaorchestra.com
www.jocaviacousticpanels.com | www.acousticshell.net
related items