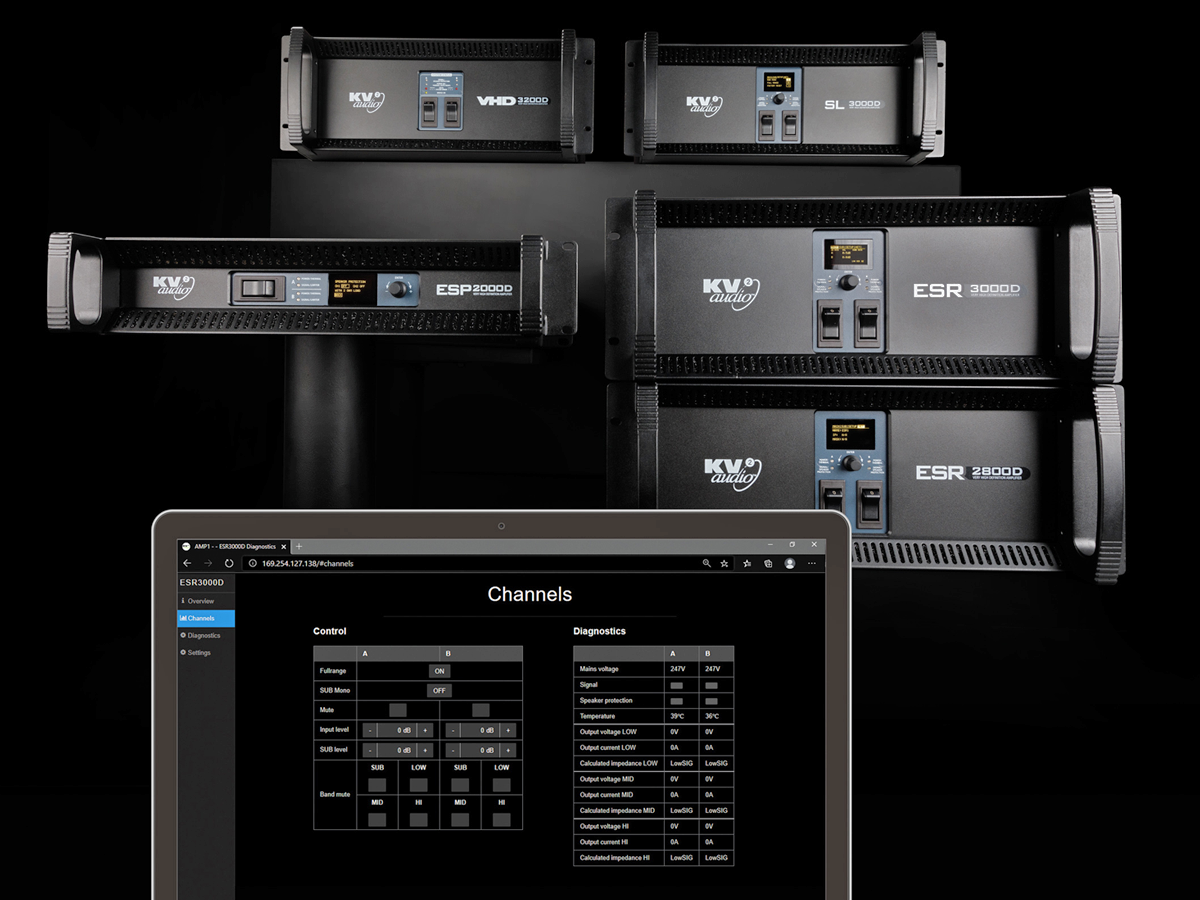 KV2 Audio's philosophy always defended the need to maintain the best possible signal path from source to speaker, reflecting the experience of the company's founder and chief engineer, George Krampera (of RCF and Mackie fame). Together with loudspeakers, KV2 gradually built a complete range of electronics, which includes dedicated amplifiers and processors for its different speaker series.

The brand's existing range of ESP Amplifiers focuses on providing the highest quality electronic amplification for each requirement, using purpose built circuitry and adopting multiple topologies, from class AB to class H designs, always with the focus of keeping the lowest distortion levels and the fastest settling time when driving this high-power sound reinforcement solutions. The existing ESP amplifiers, with two and four channel models, were created specifically to drive and control the KV2 Audio ESD and ESM passive families of loudspeakers but the designs are similarly applied to the company's VHD (Very High Definition) and other speaker series.

The new KV2 D Series amplifiers evolve from those models, and continue to use a range of different topologies including Class AB, targeting superior high frequency response, combined with a unique high current switching topology on low frequencies. The amplifiers also offer consistent power delivery that leverage powerful toroidal transformers hand-wound in the Czech factory, specific for each model. 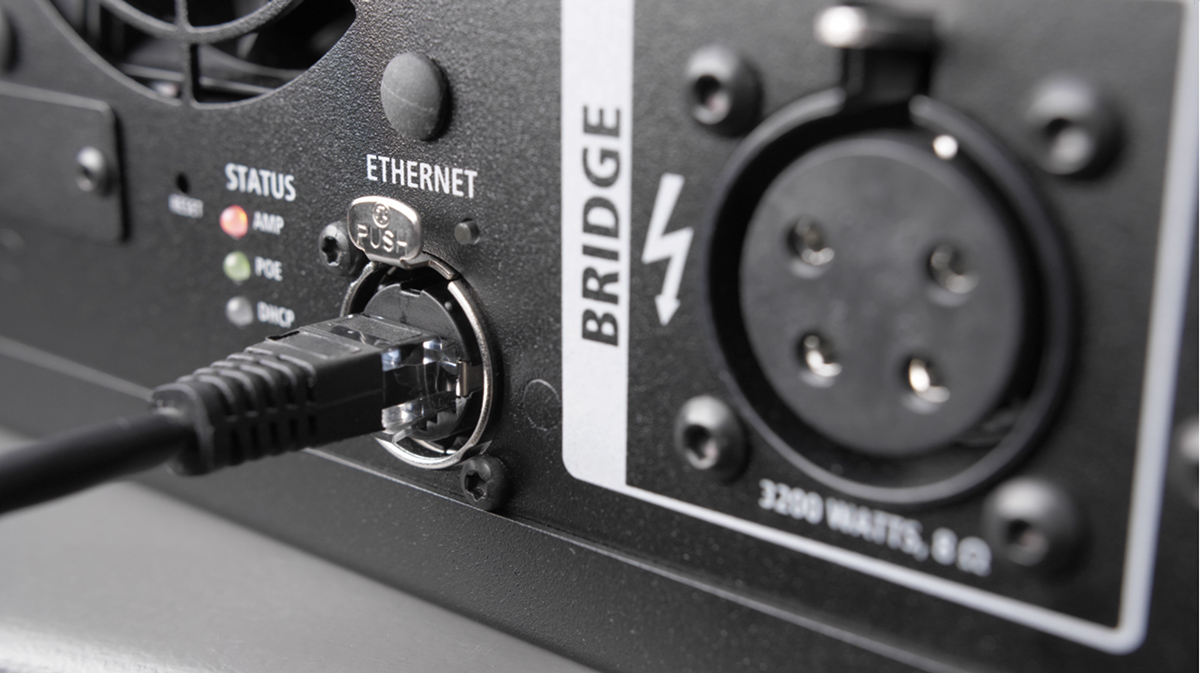 This allows all D Series amplifiers to offer the option to set up gains, operate mutes, configure the limiters, or select filter, EQ and bridge modes depending on the model, whilst the diagnostics section provides information on the temperature of heatsinks, mains voltage, real-time health checking and the output levels relative to limiting. This is a crucial feature for the increasing requirement of monitored loudspeaker systems in public spaces. Amplifiers may be set up individually or in groups using the KV2 Control & Diagnostics software tool, including saving and recalling presets, or show files. Configuration and monitoring are accessible either via the front panel or remotely via any Windows or Mac OS device.

"Finally, our users can now benefit from control without compromise as well as real-time monitoring and system diagnostics – elements which are vital when running large systems," says George Krampera Sr., introducing the new D Series amplifiers. "Our customers no longer have to rely on third-party solutions which inevitably affect the sound. By embracing digital technology for control where it is suited, but maintaining the fastest, highest quality analog electronics for the audio path where it is needed, we have developed a revolutionary hybrid solution that offers user friendly operation whilst maintaining the integrity of audiophile reproduction"

"In 2020, large installations like ours – we have 56 amplifiers in use full-time and five spare – have to be accurately controlled and monitored, or we simply can’t operate efficiently," explains the head of sound & media technology at the Vienna Volksoper, Martin Lukesch.

"KV2’s D Series solution offers us both the flexibility and security we require for managing a large, complex system. All amplifiers, drivers and speakers are monitored in real time, so any anomalies are instantly located and reported. It also enables me to configure and switch between systems in no time. For example, for one show I’ll be using small speakers, and for the next I’ll have a completely different system with all of the subs involved. This enables me to load all of the amp settings for a particular show in just one click – it’s virtually plug and play which makes my life much easier!"