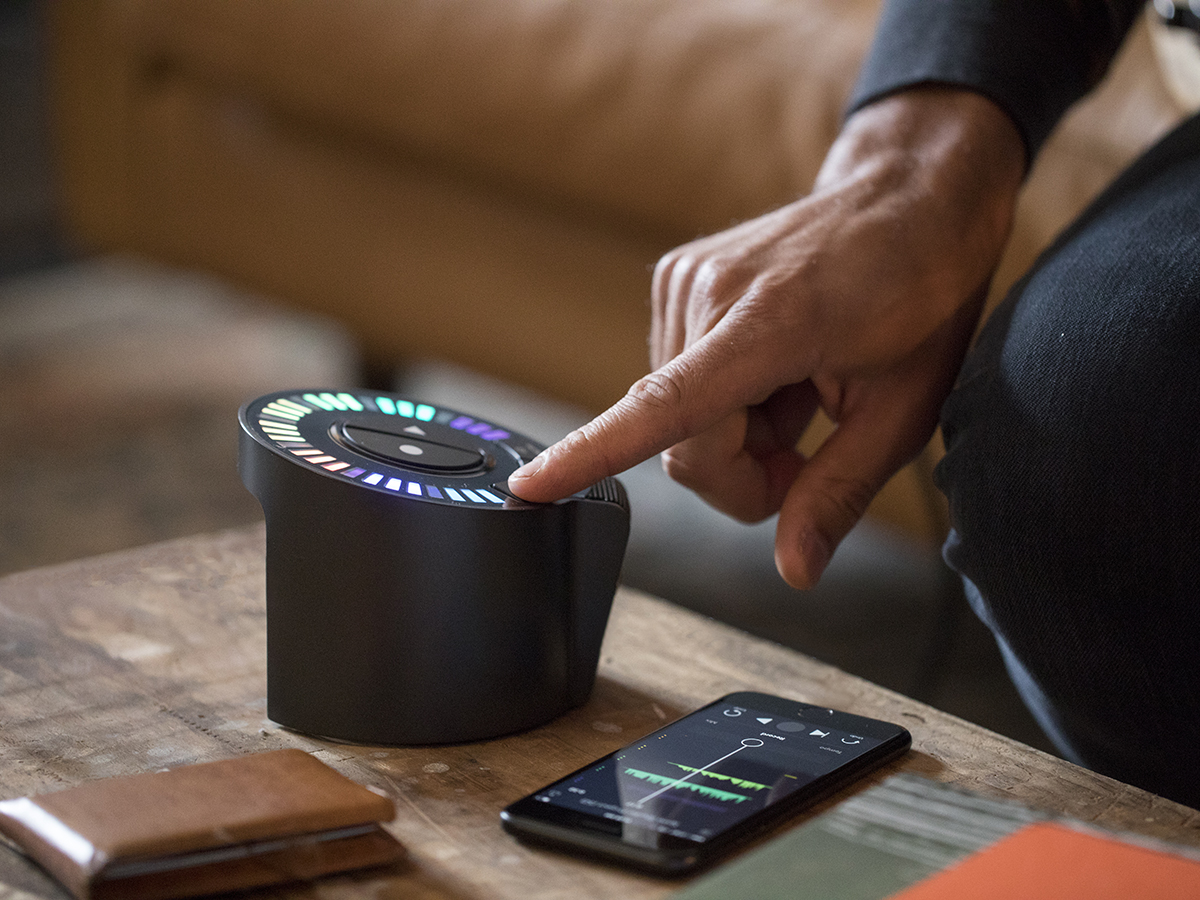 The fact that everyone carries a very powerful computer in the pocket these days, makes it possible for anyone to record ideas, notes... or complete songs. Several companies have created already complete multitrack recording apps for smartphones and tablets and by just adding a simple audio interface and a good quality microphone, it becomes possible to make very high quality recordings anywhere. But until now, companies that have designed those compact/integrated solutions targeting musicians have not seen much adoption. Cables are a problem, setting up levels is a problem, and more importantly, monitoring the result is a major hurdle. Many musicians still prefer to use simply the built-in microphone on their smartphones to record their ideas, without much care for the quality of results. With home recording generally available, the "portable" recording concept sometimes falls down to the "it's good enough for what it is," paradigm.

Some companies have tried to design "collaborative" hardware devices that allow musicians to record rehearsals or real live sessions, directly to dedicated tracks that can be mixed, combining multiple microphone capsules with clever audio processing - see the innovative Zylia concept here. But the concept is also perceived by the market as a sort of "solution looking for a problem," effectively creating more undesired complexity. Some software companies have meanwhile started to explore a different approach, which is the collaborative recording on the cloud, with Propellerhead, Soundtrap, Ableton and Steinberg, among others, pioneering the concept in different ways.

In 2015, iZotope launched its Spire Recorder for iPhone, a free 4-track recording app allowing for better quality recordings with built-in audio enhancement based on iZotope’s Emmy-award winning digital signal processing (DSP) technology (also now updated to 2.0). This offered a simple way to record, mix, and share content via an easy-to-use and powerful user interface. With plenty of powerful compact recording interfaces available in the market, anyone wanting to record quality audio directly to an iPhone or iPad could use Spire or many or the other available apps - some of which are complete integrated DAWs. 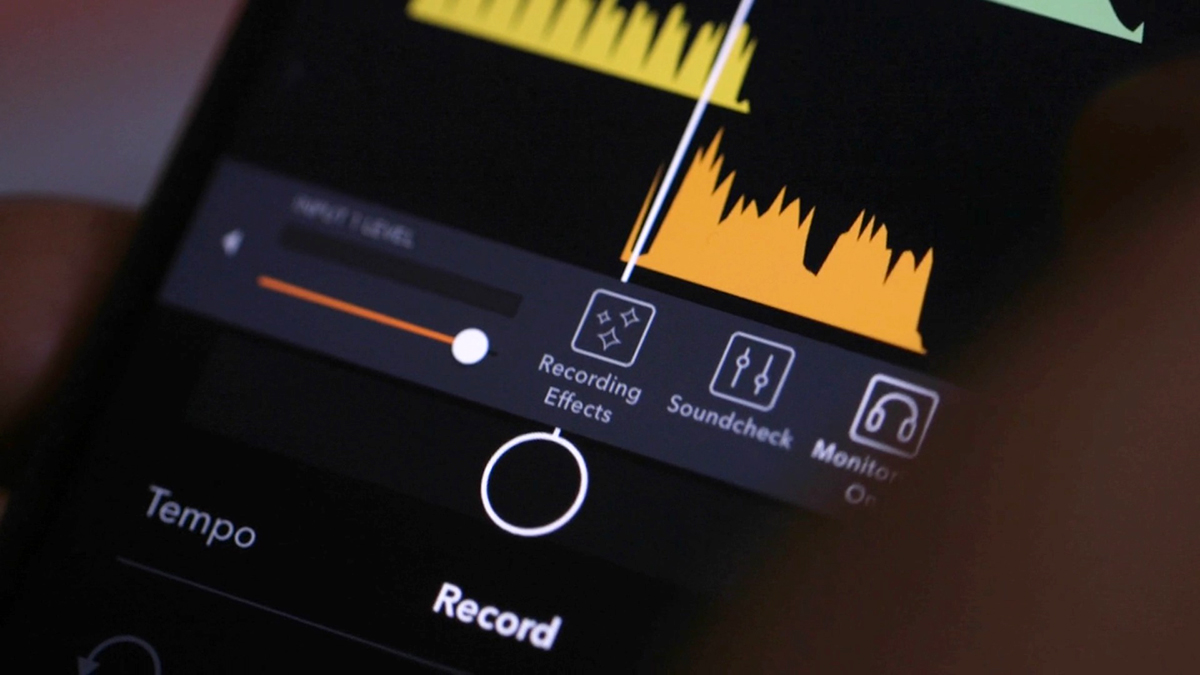 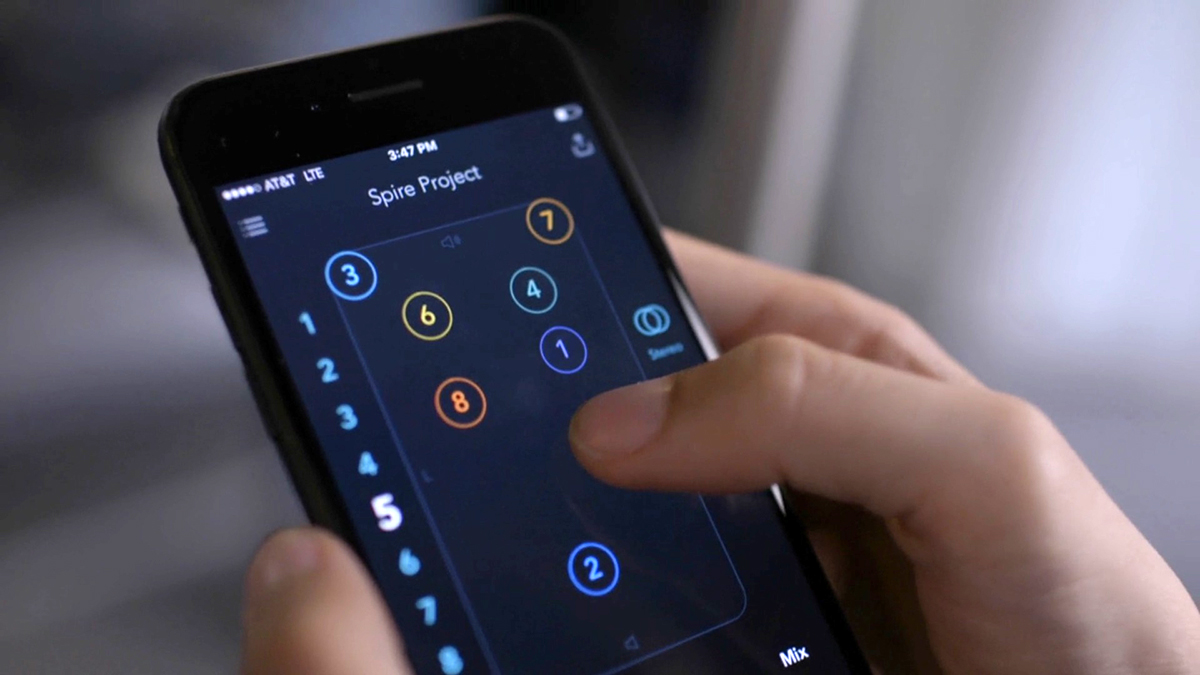 Apparently, the Cambridge, Massachusetts, -based company had major plans for the concept and has been working hard for the past years in cloud integration and how to apply its amazing audio processing technology in ways that could actually benefit musicians and users of mobile devices. Spire Studio seems to be an ambitious step towards that vision.

"Whether capturing a moment of inspiration or collaborating with remote bandmates on a series of tracks, Spire Studio works together with the free, integrated iOS app to deliver a new kind of recording experience encapsulated in a coffee cup-sized device and mobile phone. The wireless system solves for the technical and logistical hurdles that get in the way of capturing creative ideas – making professional quality, multi-track recording spontaneous and simple," this is how izotope introduces the concept. 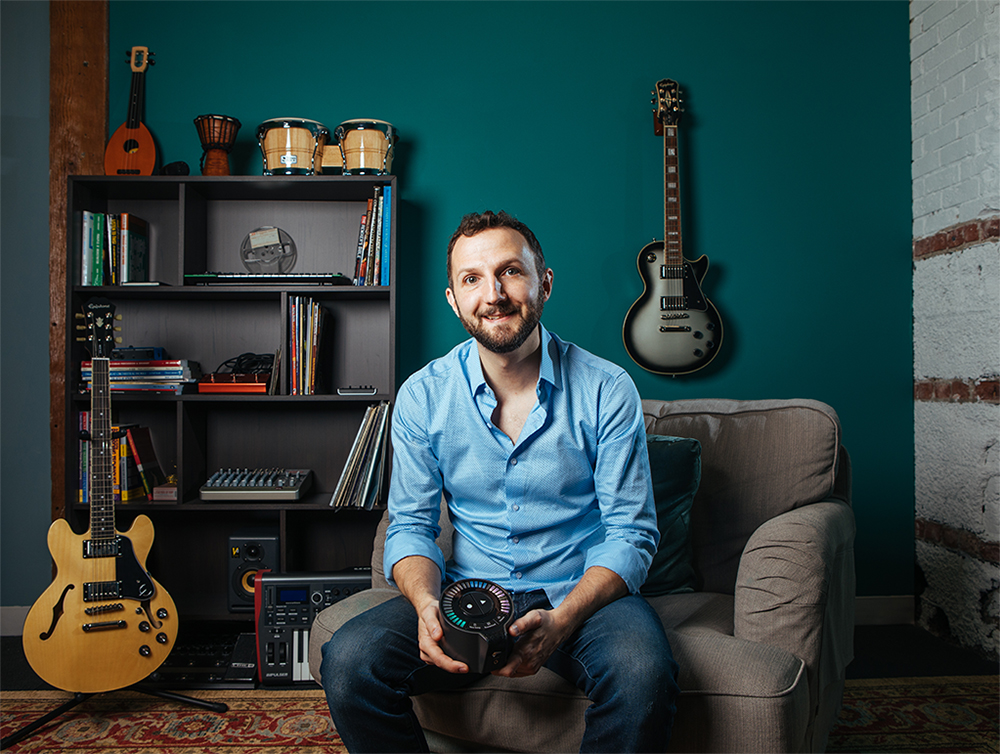 “The product journey started on a personal note – playing music with my wife. We decided we wanted to make a recording but all of the technology got in the way,” explains iZotope co-founder and CEO, Mark Ethier. “What should have been a fun, creative moment turned into a headache, and in the end, we left for dinner without capturing a single note. Spire Studio was designed from the ground up to solve this problem. At iZotope, we’re using the latest technology to make high quality recording easy and inspirational with the goal to help musicians focus on their creative vision and not the technical aspects behind it.”

Hardware products have previously proved a difficult endeavor for many software-oriented companies, while others, like Native Instruments, have been so successful that they actually started to make money and transformed their businesses completely. Spire Studio’s hardware and integrated app basically leverages iZotope’s intelligent, automatic audio processing, to allow musicians to get better results. The integrated solution allows them to "mix, layer, edit, and wirelessly share music with collaborators, send to hosting and discovery platforms, or upload to storage services to access the music from anywhere."

Spire Features & Capabilities
Simple, compact, and Wi-Fi enabled, Spire Studio features a studio-quality microphone built into a compact tabletop device that also combines two Grace Design preamps, two combo jacks for plugging in instruments or mics with +48 V phantom power, all battery operated so users can record anywhere. The versatile top controls allow users to automatically set recording levels with a single button, select and record with a wealth of effects such as reverbs, delays, and amp models with zero-latency monitoring, while an LED touchscreen helps to adjust volume, mute, and delete tracks.

The Spire Studio connects with the Spire app on the smartphone via a built-in Wi-Fi connection from Spire Studio. The user can layer up to eight tracks per project and automatically sync tracks between hardware and software for seamless version control, later mixing and editing the song directly on the smartphone. The results can then be shared with bandmates anywhere in the world — straight from the iPhone. For further editing, adding tracks, mixing or simply sweetening the recording, the recordings can be exported to a computer or favorite audio editing software like Pro Tools, Logic, or upload directly to storage platforms like iCloud, Dropbox, and Google Drive. 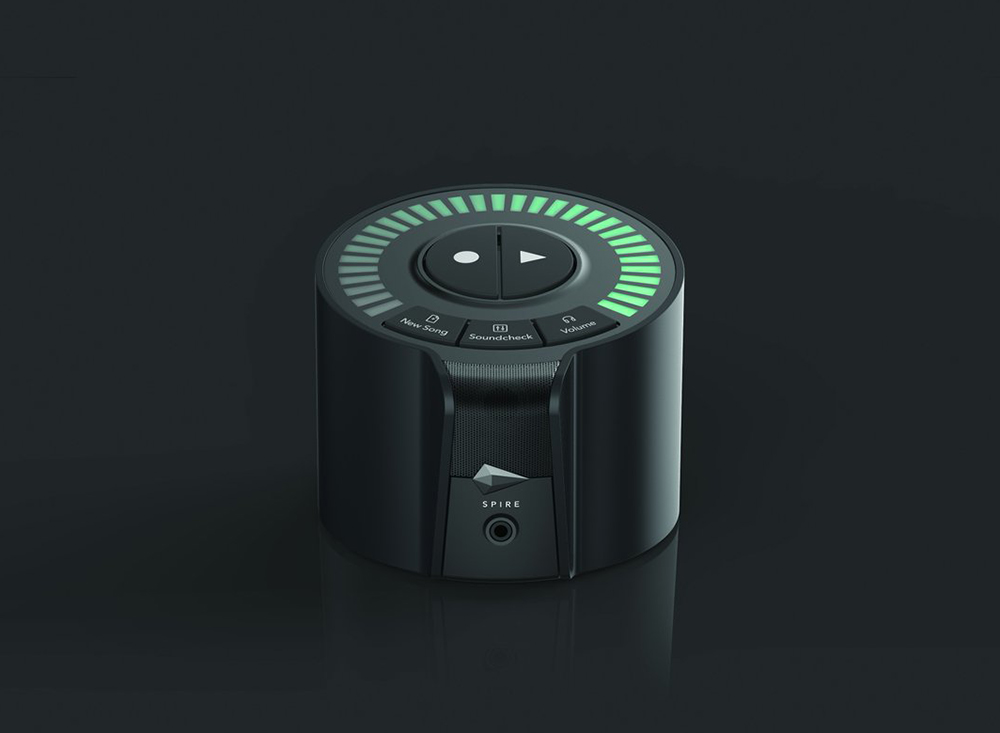 iZotope states that continued updates will expand the solution's capabilities over time. Spire Studio will be available in Fall 2017 for $349 at Spire.live and at select retailers. To help promote Spire Studio, iZotope will be on the road in a retrofitted mobile recording studio, making stops at music hot spots and festivals, and will also be collaborating with NPR Music in field recordings and intimate performances along the way.

“Spire Studio’s support of NPR Music is in perfect alignment with iZotope’s belief that great music can come from anywhere, said iZotope co-founder and CEO, Mark Ethier. “Public radio has and will continue to have an important role in the discovery and development of talented up-and-coming artists, wherever they may originate from or find inspiration.”
www.spire.live | www.izotope.com
related items