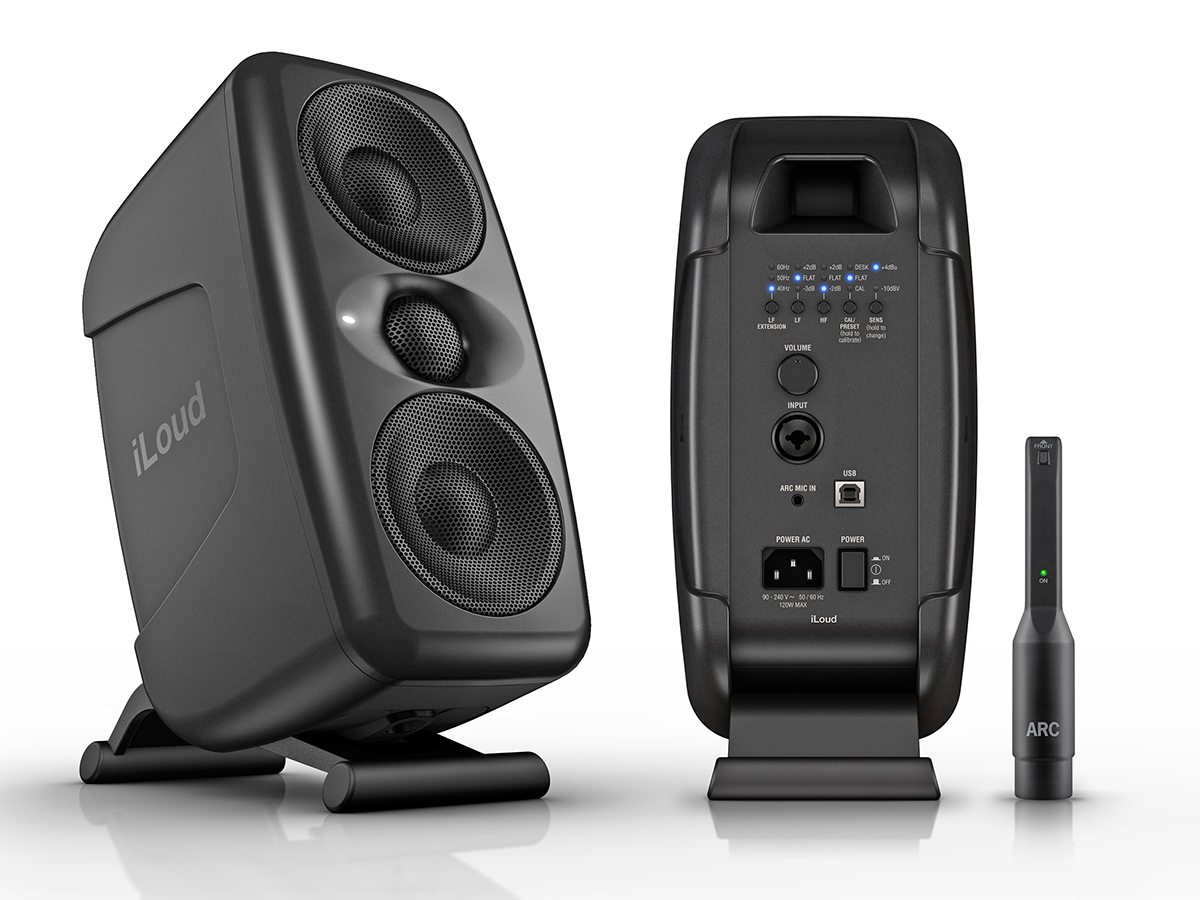 As IK Multimedia describes it, the iLoud MTM monitors are “a compact, no-compromise, reference monitor designed to deliver pristine sound and an unprecedented level of accuracy that redefines nearfield monitoring for the modern, computer-based, professional and home studio.” That certainly shows that IK Multimedia knows their target audience and that are not afraid of taking risks when it comes to introducing products that are a completely new class and frankly, are hard to compare with anything else.

As the company again reminds us, “When IK's earlier monitor system, the iLoud Micro Monitors, launched in 2016, producers and engineers at every level marveled at the performance coming from such a small setup, so IK challenged its design team to push this concept even further and create a new compact design with a sound quality that would rival monitors several times the price and provide innovative features not found anywhere else.”

The symmetrical MTM design uses a pair of 3.5” high performance midrange woofers and one 1" high definition tweeter, which surpasses what would be possible to achieve with a traditional 2-way system at close distance. Independently of the compact size - as compared to any “standard” nearfield monitor used in studios - the iLoud MTM’s offer an flat frequency response, but more importantly, a truly linear phase response as well - a premiere feature in this price segment available only on a handful of products costing considerably more. This is achieved through IK's advanced DSP expertise that also provides for digital crossovers and self-calibration derived from IK's award-winning ARC System. This enables iLoud MTM monitors to deliver accuracy for a listener positioned closely, with a class-defying 40 Hz to 24 kHz frequency response. 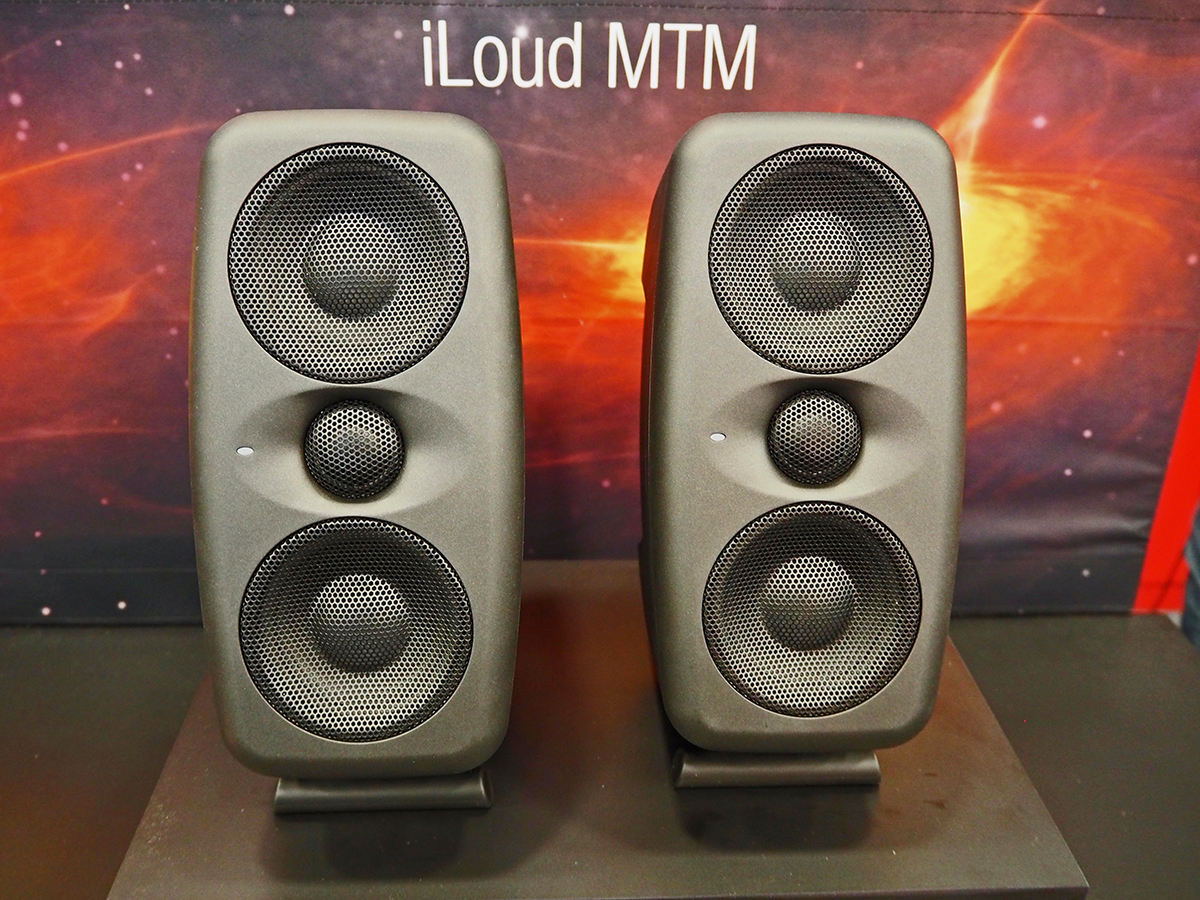 In addition, the symmetrical MTM design provides superior imaging and precision, even at close distances, with a perfect sweet-spot, thanks to the included tilt-able isolation bases. This, IK Multimedia promises, enables users to create mixes that will translate across multiple playback systems. “This makes iLoud MTM the ideal monitor for nearfield work and a workhorse monitor for desktop use in a home or project studio.”

“The primary role of any studio monitor is to deliver accurate, uncolored sound for easier mixing decisions that will translate across multiple playback systems. iLoud MTM uses the most advanced DSP techniques to provide total control of the speaker's performance, delivering results simply not obtainable with traditional analog designs. Highs are neutral and defined, mids and lows are clear and as balanced as ever. Users can mix for hours with no ear fatigue, and their work will translate better than ever.”

The iLoud MTM design also debuts IK's new patent-pending Physical Response Linearization (PRL) system that uses a precise model of the enclosure's design, construction and materials, combined with electro-mechanical measurements of the real units, to correct the system's performance in real time. The result contributes to generate the "firm," balanced and defined low end, to surpass the sound of speakers even twice the size. 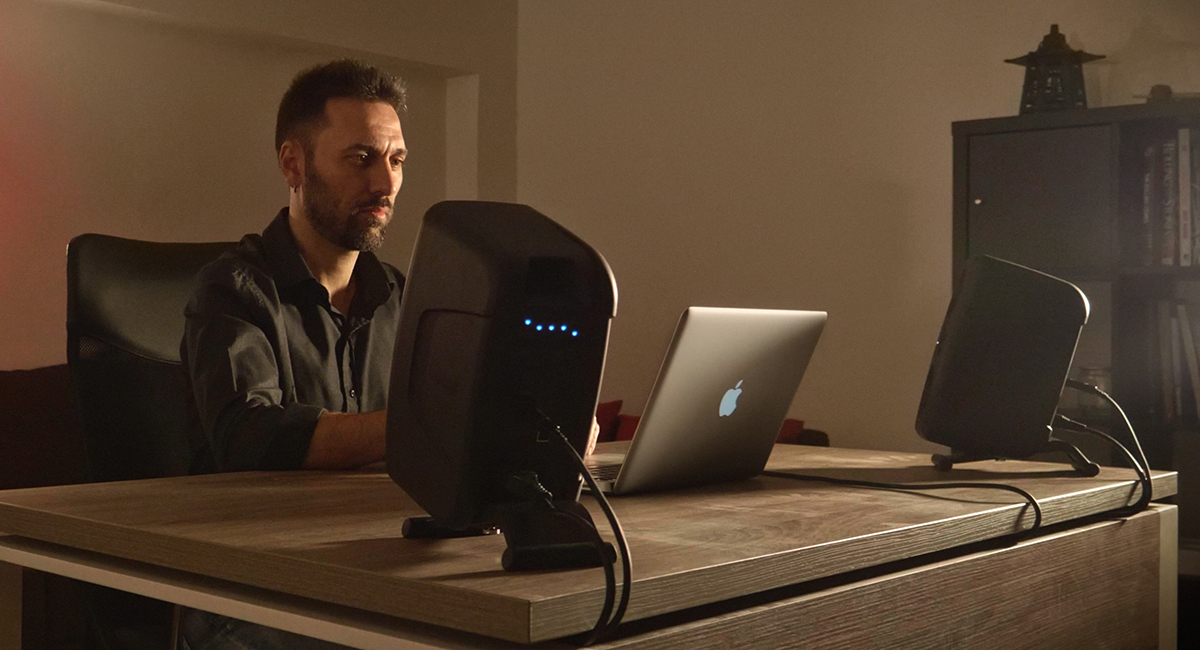 To help optimize the monitoring for any room's particular acoustics, iLoud MTM monitors feature built-in acoustic auto-calibration derived from IK's award winning ARC System, with IK's reference ARC microphone included, to automatically adjust the frequency response to their positioning. Users simply set up the monitors, place the mic in the preferred listening position, and press a button to instantly provide custom calibration for the specific listening environment. IK Multimedia also offers a low-frequency extension control and low and high-frequency trim controls to adjust the response of the iLoud MTM’s to suit individual tastes.

The tilting mount not only helps isolate the monitors from a desk or other surfaces, but also adjusts from 0° to 20° to reach the required angle for close-listening setups. To cover the full spectrum of installation options, a rubber base for horizontal shelf-placement, and a bottom thread to mount conveniently on mic stands, are also included.