iZotope Ozone 6 Shows How Difficult Software Innovation Can Be

iZotope has been very active. After launching a new version of its flagship noise reduction suite RX, the Cambridge, MA, company introduced a new version of its main product, Ozone. iZotope went a long way in overhauling Ozone 6, and made important changes to the product. However, these changes were not well received among many of its long-term users and iZotope felt the need to come public explaining what they did and why.
After being previewed to the market, iZotope released the latest version of its line of mastering software, Ozone 6, with a redesigned interface, ability to work as a standalone application, and a new Dynamic EQ module, exclusive to Ozone 6 Advanced. 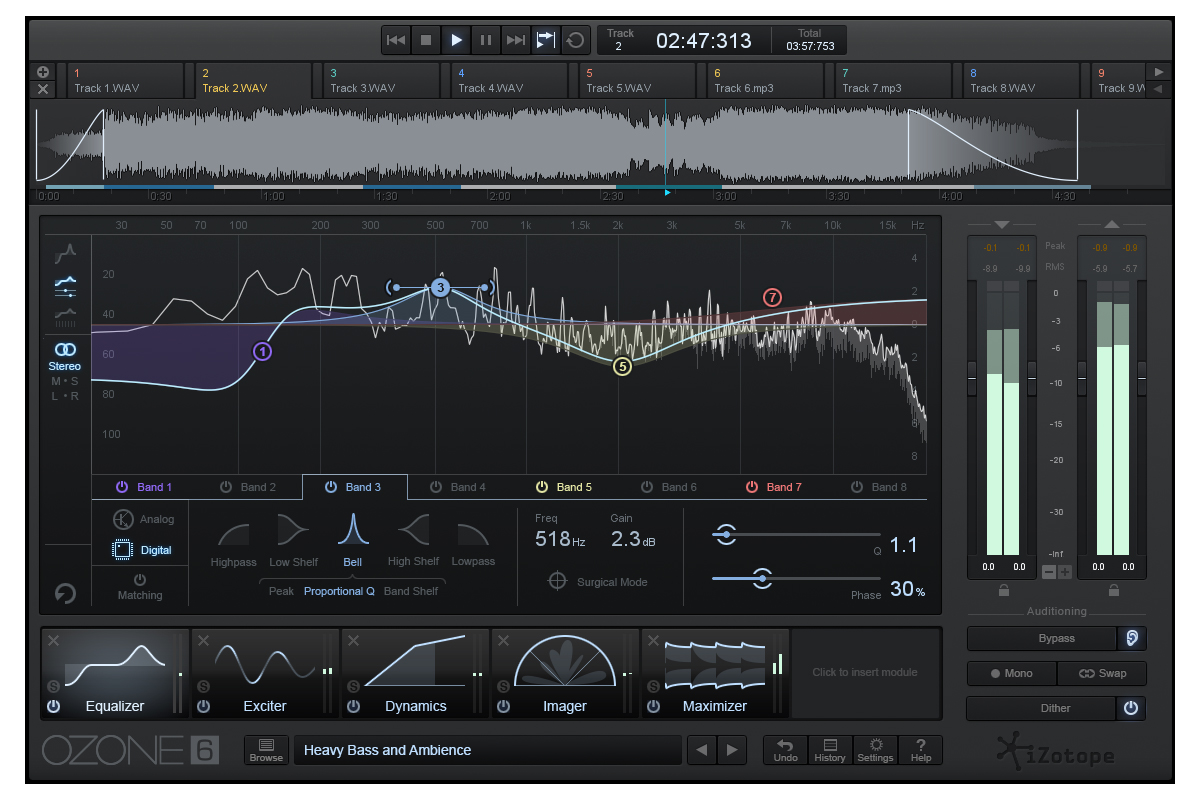 As the company explains, Ozone 6 allows both project studio producers and mastering engineers to easily add a final level of professional polish to their mix. “Centered around creativity,” as the company describes, the fully redesigned interface and real-time visual feedback in every module assist users in creating masters with ease. “Our goal was to create an elegant visual aesthetic and fluid workflow,” says iZotope Product Manager Brett Bunting, “in order to bring the creative elements of mastering front and center and allow users to define their own sound.”

iZotope made important changes to Ozone. The new graphical user interface (GUI) is the most evident, and indeed the most important new “feature”. However, these changes were not so well received among many of its long term users, and the company felt the need to come public explaining what they did and why.

Ozone 5 and Ozone 6 side by side


According to iZotope, the remaking of the GUI was something they took very serious. First they analyzed the workflow of experienced Ozone users, then they looked at less experienced users and users that tried Ozone but went to some other solution, and ultimately they even turned to newcomers, who never used Ozone before. They also hired a specialist in human cognition to further extend their analysis. All this because iZotope has a vision for what Ozone is intended to represent to audio mastering, and they felt that the current version of the product wasn’t fulfilling that vision.

And what vision is that? According to iZotope, it is “inspiring users to feel more empowered when mastering their audio”. And this is where things diverged from what we would expect. After the long research was done, iZotope felt that, although Ozone was an incredibly powerful tool, generally regarded and with a great reputation, it overwhelmed many users, and wasn’t being faithful to their vision.

So, iZotope decided to “take a walk on the wild side” and start fresh with Ozone 6, trying to create a workflow that feels “friendlier” to new users. To do so, they decided to strip down the interface, take off some features, and generally make an extreme makeover on the software. In the process, they took the radical decision of making it a standalone application, capable of hosting plug-ins itself (in the way RX was already doing). Actually, this capability, coupled with the new GUI and the inclusion of dynamic EQ, is what is really new and important in terms of features (there are more things, of course, but we leave it to a full review). Making Ozone a standalone application and plug-in host is a step in the right direction, in our personal opinion.

However, they also removed some features. One of those features was the reverb. Again, iZotope claims to have consulted professional users about that, being consensual the reverb could go. Other features, controls and the general workflow of Ozone 5 were also completely changed. And that was where many users diverge from iZotope.

Problem is that usually users don’t take lightly when features are removed or the workflow is radically changed, especially professionals that rely on Ozone to do their mastering processing. And while iZotope claims that they considered professional user’s opinions, many professional users complained in forums about the path followed with this new version, negatively criticizing Ozone 6.

Time will tell if Ozone 6 is a step back, as many users say, or a step forward, as iZotope defends. In their defense, iZotope argues “Ozone 6 is now also a standalone application, providing a new mastering workflow outside of the mixing-focused interface of DAWs. We added support for third-party plugins so we could offer our users a platform that was now expandable rather than expansive. And we also completely overhauled the look and feel of Ozone to focus foremost on mastering and, more specifically, the creative aspects of a user’s work. With Ozone 6, we felt we had once again met our original vision: making the mastering process easier… and more inspiring, too.”

iZotope also states Ozone 6 takes the guesswork and the manual labor out of the mastering process, helping users experiment without fear of making the wrong sonic choices. Also, like the company states, using Ozone’s presets as a starting point, pros and newcomers alike can immediately achieve authentic sounds in any genre. Another important aspect to be considered is the sound quality Ozone produces, “providing the warmth and character of analog sound without the restrictions of hardware,” as iZotope puts it. 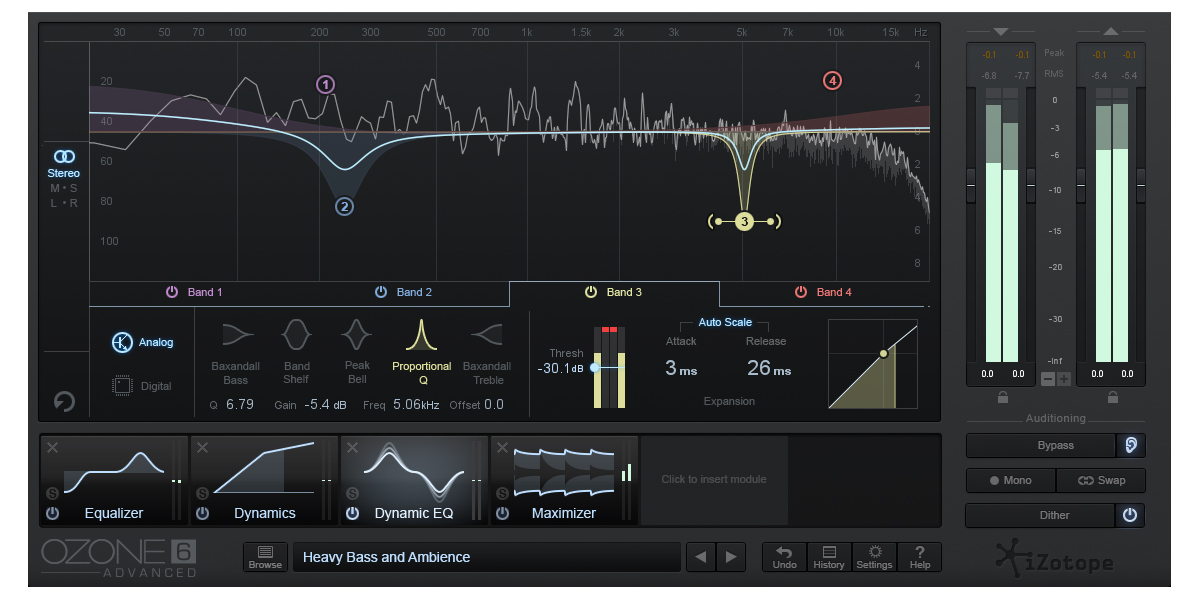 For professional users, the Advanced version’s Dynamic EQ module is described as providing “the precision of an equalizer and the musical ballistics of a compressor. It’s an ideal tool for transparently sculpting audio.” Ozone 6 Advanced also includes the Dynamic EQ as a plug-in for use throughout any audio editing software signal chain, and Insight, iZotope’s metering suite, included as a separate component plug-in and fully dedicated to metering, including True Peak Meters, Loudness Meters, Loudness History Graph, Stereo Vectorscope, Surround Scope, 2D/3D Spectrogram, and Spectrum Analyzer.
www.izotope.com/ozone6