iSEMcon announced its new iSEMic Series of measurement microphones and accessories for iPhone, iPad devices and laptop computers. The new iSEMic microphones support phantom power from 9 to 52V and ICP/IEPE power using simply one of the several available connector adapters, withouth signal converters needed.
Following on the path of its Class 1 EMX-7150 1/4” measurement microphone, made from stainless steel, iSEMcon now announced the new iSEMic series targeted at measuring the acoustic behavior of live spaces and live sound, at very competitive prices. The series is being launched with two microphone models, the iSEMic 725TR and iSEMic 740LS, both manufactured with stainless steel housings, built-in surge voltage protection as well as gold plated connectors. 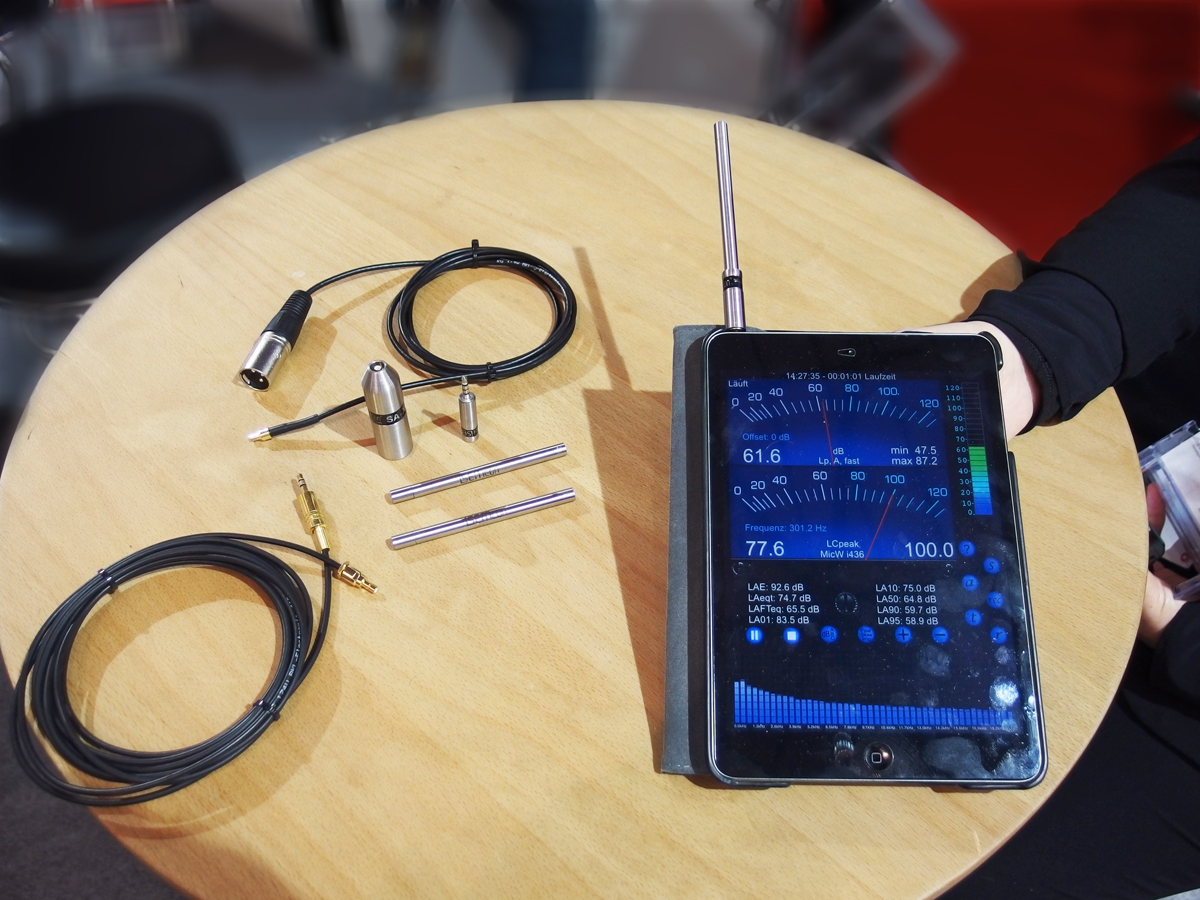 iSEMCon acknowledged that mobile devices like iPad’s and iPhone’s are more and more used for controlling live sound mixers and PA Systems giving the FOH and system engineers the possibility to walk freely around the venue, while optimizing for sound and acoustics using third party app’s. While at the FOH position, the same microphones can be used on a PC or MAC computer by simply connecting an off-the-shelf USB interface and XLR cable. 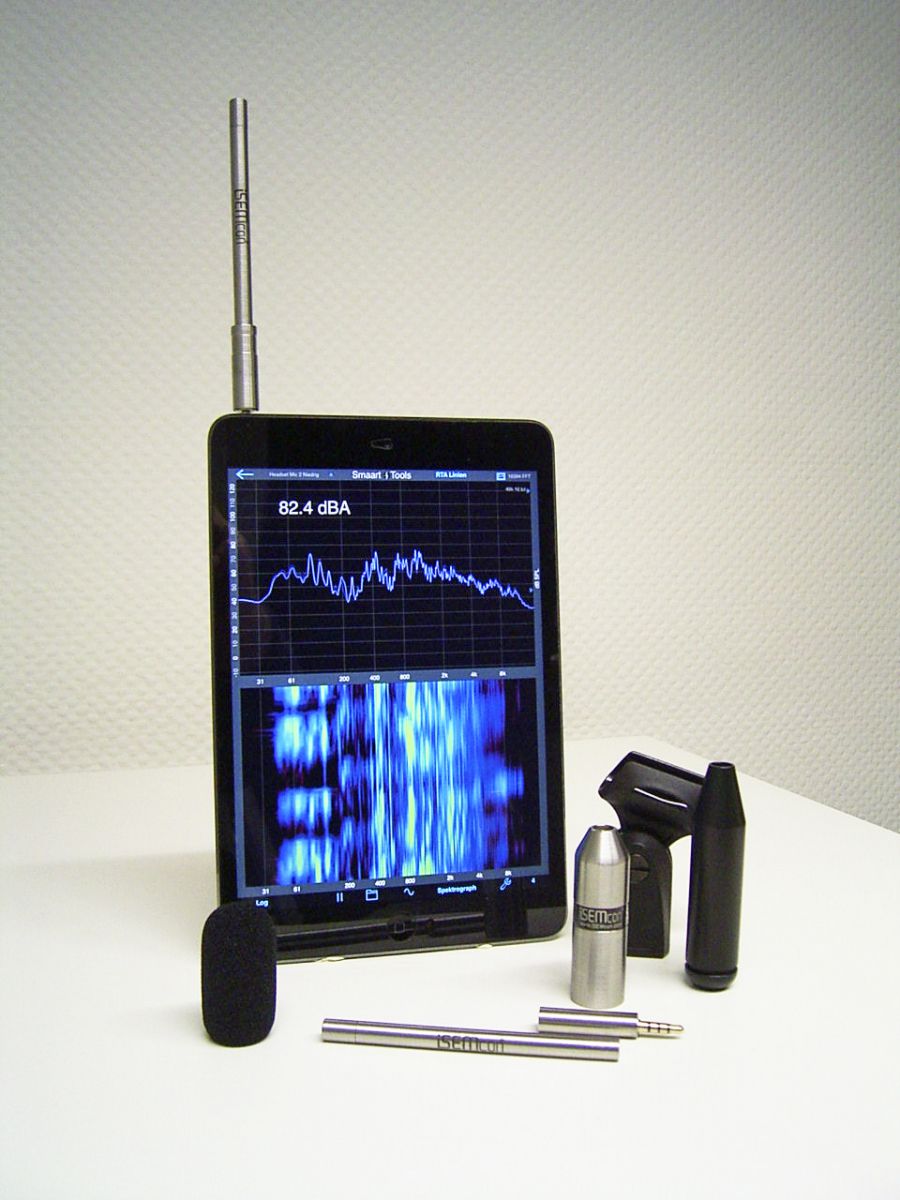 As iSEMcon’s CEO, Wolfgang Frank, demonstrated during the ISE 2015 show in Amsterdam, the new iSEMic solutions can be directly used with USB interfaces, without the need of any active converter, just using the correct adapter. Both microphone models are physically identical, with a 1/4” body diameter (7 mm) and 3,7” (94mm) in length. The microphones have all the electronics built-in for phantom power use from 2.5V to 52Vdc, and support IEPE (Integrated Electronics Piezo Electric) and ICP (Integrated Circuit Piezoelectric - trademark of PCB Piezotronics, Inc.) power without any adaptor or converter.

According to iSEMcon, the iSEMic 725TR microphone was designed for general testing and recording with a maximum SPL of 125dB, while the iSEMic 740LS model supports higher sound pressure levels, up to 138dB, allowing its use on typical live sound monitoring/measurement applications. Both models will respond accurately from 20Hz to 20kHz and are specified to support an extended temperature range up to +95ºC / 200ºF, with IP54 compliance for protection from splashing water and dust available as an option.

There are several adaptors available for the two iSEMic microphones, like the CTIA/AHJ compliant SA-iBF adapter for iPhone/iPad, using a 3.5mm TRRS jack, or the OMTP compliant SA-SBF adapter, also with a 3.5mm TRRS connector. The SA-CBF, with a BNC adapter allows the use with IEPE equipment, while the SA-XBF symmetrical allows connection to any phantom power source with all the built-in electronics and the CX-P48/BF enables the use of asymmetrical XLR to SMB cable connections.

The range of accessories also includes an SMB extension cable with 2 or 5 meters length and a 2 meter 3.5mm TRS to SMB extension. The iSEMic range is completed with holding clamps, windscreen, shockmount, as well a large scale extension rod especially useful for speaker builders and testing speakers, were a certain distance from the object under test must be maintained. All iSEMic series microphones are supplied with calibration charts and freefield and diffuse field calibration data files.

iSEMcon is a privately owned company, located in both Viernheim, Germany and Northwest, Ohio. Partners Wolfgang Frank and Win Otto each have over 25 years experience in design, engineering, marketing and customer service of capacitive sensors. Wolfgang Frank has additional 17-year experience in measurement microphone design and manufacturing.
www.iSEMcon.com