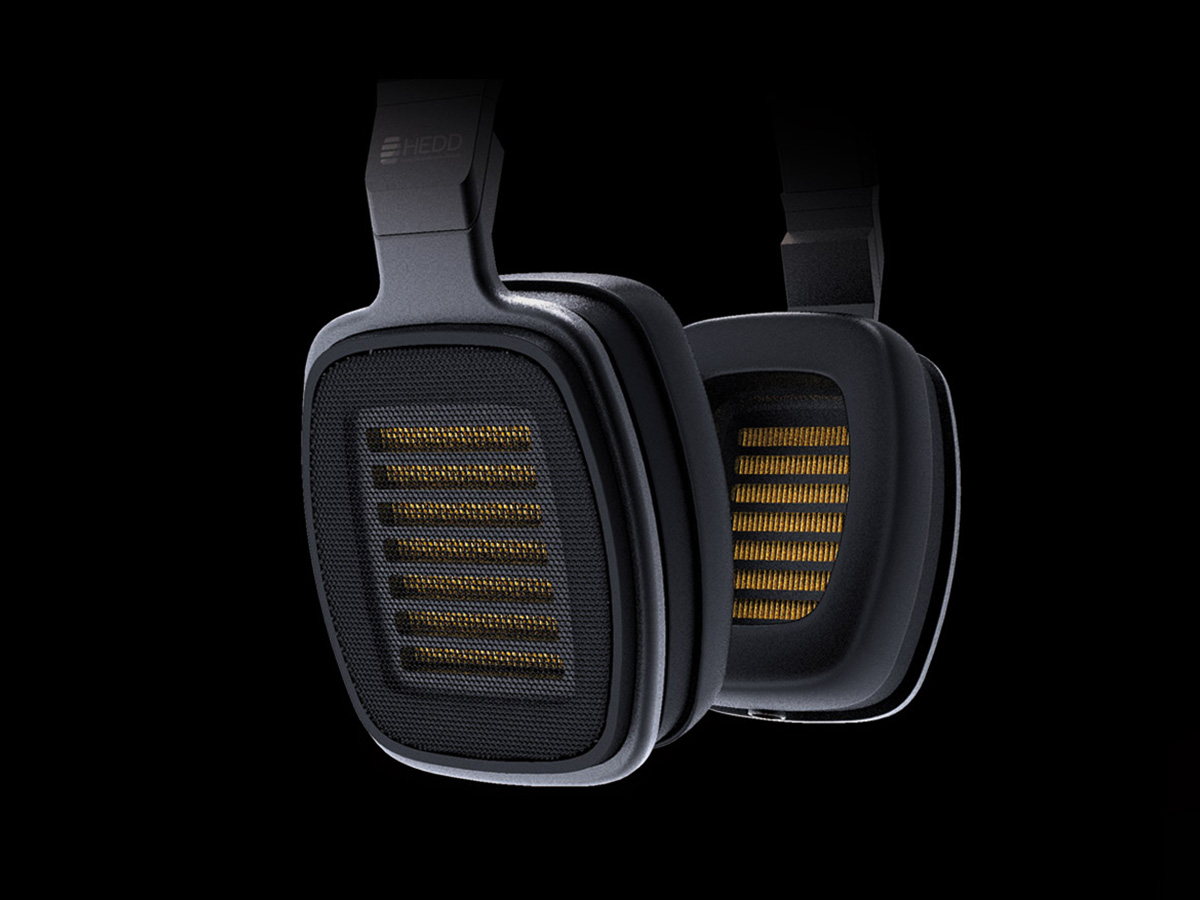 Berlin-based HEDD Audio, a company known primarily in the studio and professional audio markets, has been making inroads into high end, including with its recent HEDD Tower Mains, a full range active modular system using ICEpower 1200 AS2 modules, primarily designed for mastering and recording studios, but which has also generated lots of interest from demanding music enthusiasts. Now, the company is directly appealing at a broader market of personal audio enthusiasts with the HEDDphone, a headphone designed around the company's own HEDD Air Motion Transformer (AMT), basically the trademark of all its products. At recent shows, HEDD allowed visitors to listen to pre-production models of the HEDDphone. But to understand this new headphone design a little more information about HEDD Audio is needed.

The company - Heinz ElectroDynamic Designs (HEDD) - was founded in October 2015 and is headed by Klaus Heinz and his son, mastering engineer / musicologist Frederik Knop. Karl Heinz is the founder of several renowned companies, including ADAM Audio, where he served as Managing Director and Head of Research & Development for many years.

For the past forty years, Klaus Heinz designed loudspeakers for professional recording, mastering studios, radio broadcasting, installation and even hi-fi home use. Despite their diverse tonal and application contexts, Heinz’ loudspeaker designs always aim to produce complete signal fidelity. Having met Oskar Heil personally in the 1980s, Klaus Heinz was so intrigued by his Air Motion Transformer (AMT) design that, in the early 1990s he used it to build a compact, reliable, and superior sounding tweeter. Heinz later went on to found ADAM Audio in Berlin, a company that manufactured loudspeakers based on Heil’s invention. The X-ART tweeter designed by Heinz during his time at ADAM was widely praised and inspired many similar designs on both the hi-fi and the studio monitor market.

Today, HEDD takes the development of the AMT to new levels, lowering the design's distortion and intermodulation and using a special waveguide that enables this driver to reach lower crossover frequencies. This improved AMT design is crucial for shaping the midrange of the brand's active 2-way studio monitors such as HEDD’s Type 05 and Type 07, or the more recent 3-way-system Type 20 and the midfield Type 30. Not only are HEDD’s loudspeakers produced in Berlin, they also feature an unprecedented level of digital signal optimization (HEDD Lineariser) and modular connectivity (HEDD Bridge) with audio-over-IP interface options. In recent years, Heinz continued to increase the AMT's sonic qualities in several fundamental revisions. The 2019 version of the AMT can be heard in HEDD´s latest Series ONE studio monitor line.

From those monitor designs directly to personal audio might seem a daring leap, which can be explained by Klaus Heinz motivation to continue to explore AMT applications. As the company upholds, the AMT is an electrodynamic transducer that allows to move air significantly faster than common voice coil, magnetostatic (planar) or electrostatic systems. The AMT's traditional piston-like movement is overcome by a folded diaphragm that squeezes out air four times faster - a breakthrough for capturing more details in any audio recording.

In order to reproduce the complete audible frequency band (and beyond), the new HEDDphone introduces VVT, a new patented pending technology, using a new variable diaphragm geometry that replaces the fixed geometric structure of conventional AMT tweeters as the folds vary both in width and depth, creating a linear full range (10Hz–40kHz) headphone transducer.

The result is a headphone that could find both audiophile and professional applications. "The HEDDphone brings the enormous dynamic capabilities and the superior sonic resolution of the AMT principle to the world of top-end headphones. It excels where it really matters: in accurate, untamed, and touching music reproduction," the company states. 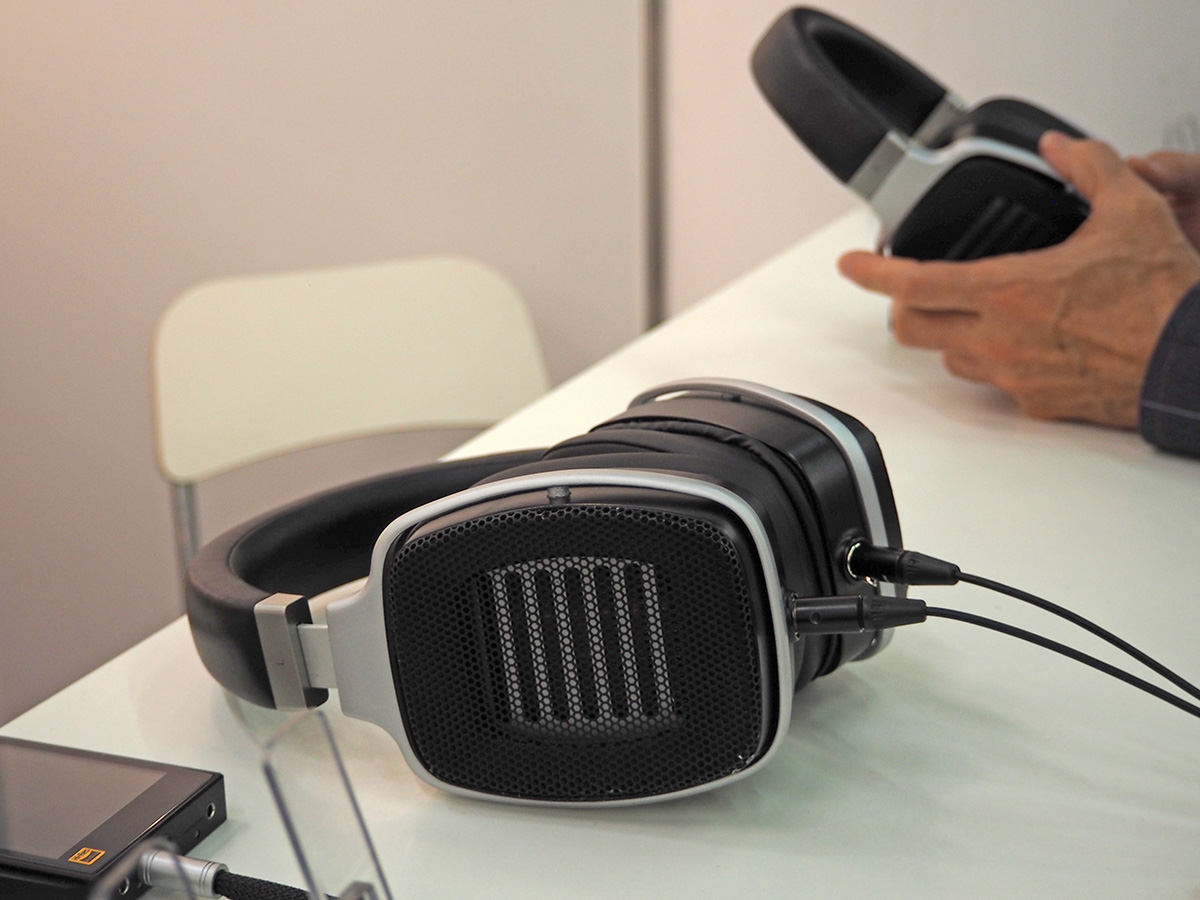 During the Munich High End show, audioxpress actually had the chance to briefly listen to one of the early handmade HEDDphone prototypes and we can confirm the response covered the full range of frequencies effortlessly and sounded extremely balanced. The remaining challenges remained to lower the overall weight of the resulting design, particularly improving the headband, compensating for the large open ear cups needed to accommodate the Air Motion Transformer in a comfortable over ear design.

It seems that HEDD is confident with the feedback it received from the market and the company is already confirming that first production units will be available in the third quarter of 2019, with the price estimated to be in the 2000 USD range or below.
www.hedd.audio
related items