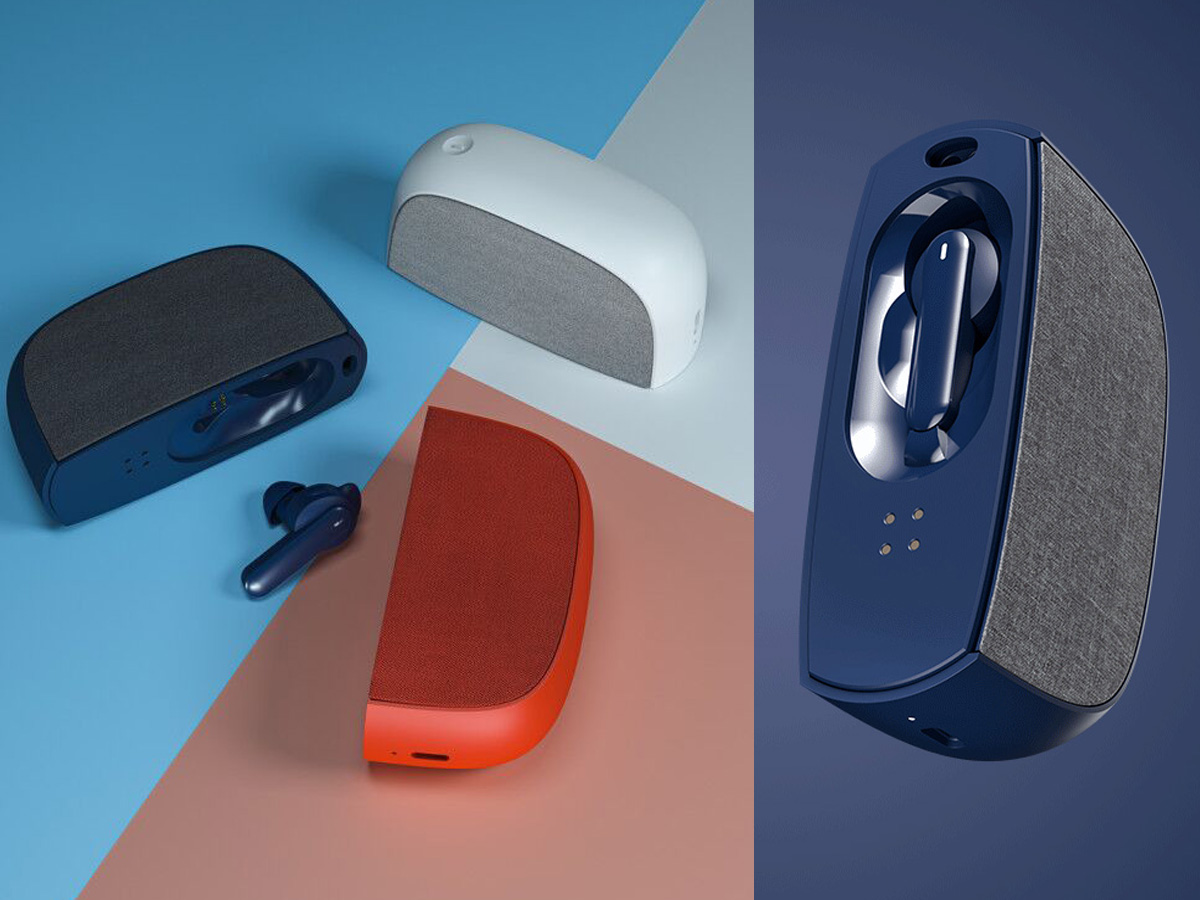 "With Duolink SpeakerBuds, consumers can listen to music all day in comfort via the snug-fit earbuds, or slot the earbuds into the speaker(s) to play music for others to enjoy too." This is how the young company, created just in 2018, pitches the idea, which they promise will be in production before the end of the year. Duolink Go is said to be based in "Los Angeles, CA" for the Kickstarter campaign, but the company is clearly a young Chinese company. This seems to be the standard procedure these days.

From the published specifications it seems a bit earlier to understand what exactly the final product will be and how it will sound. But Duolink promises the SpeakerBuds' stereo speakers will offer "high-quality sound on both sides of a room, up to 22 feet." And this is no small claim, when you think about the design challenges.

And that's the interesting innovation. Even if the Duolink Go design team probably still didn't look at it in detail, designing a Bluetooth speaker with a built-in battery for dual function - charging the earbuds when placed inside, or powering the speaker itself - also adds the challenge of switching between both power modes and wireless linking - when the case is opened, since the separate speakers should work as a stereo pair, which means the battery is also split. When the two parts of the speaker/charging case are connected, the speaker needs to play sound as a single unit without separate drivers interfering with each other. 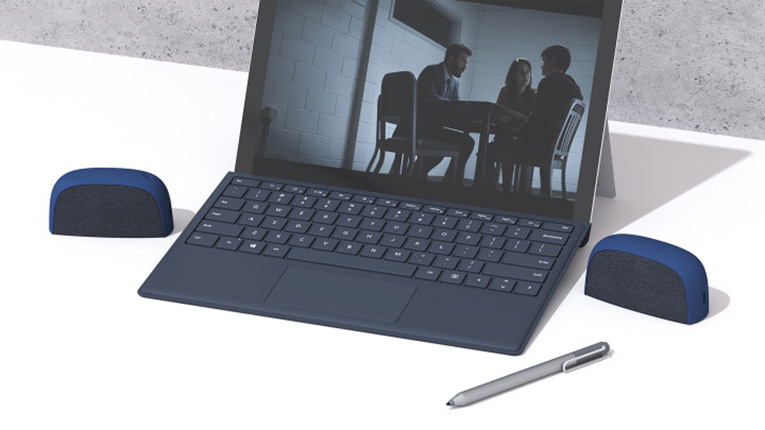 According to the company's webpage and product release, when fully charged (after just two hours,) the Duolink SpeakerBuds (meaning the wireless earbuds) will run for up to six hours (55mAh battery) and, thanks to the speaker acting as a 500mAh power bank, there's two times more battery life left. Of course that capacity can quickly be eroded, because users can use the built-in battery to power the speaker mode. Duolink Go even says that users can also charge while still playing music by slotting the earbuds into the speaker. That's another challenge in itself.

Not knowing much about the platform intended to power the Duolink SpeakerBuds - the earbuds, plus the speaker section - we are told the design will use a stable Bluetooth 5.0 connection to any mobile device. The specifications only detail a BES2300 chipset, which refers to a popular platform from Bestechnic, a fabless IC company from China that has been delivering SOCs for wireless (Bluetooth and WiFi) products of all sorts.

Other promised specifications detail being water-resistant (IP54) and the fact that the earbuds will feature "AI noise-cancelling mics" with "voice enhancement technology to extract a user's voice from noisy environments." It's not at all clear if the earbuds will feature active noise cancellation - which would be surprising given the affordable price promoted - or simply use signal processing on the microphone's inputs. 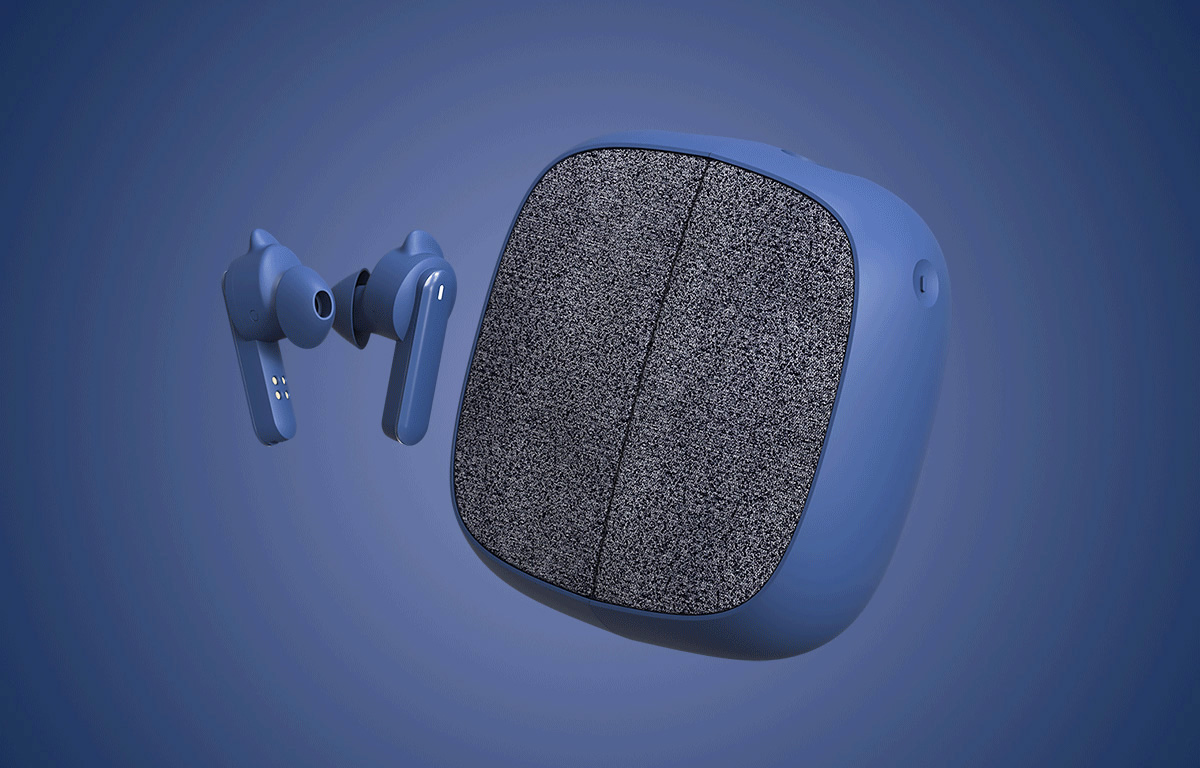 We also learn that the earbuds are "crafted using medical silicone for the ultimate in-ear comfort for all-day wear," and that the design adds shark fins arbuds with internally tapered tips to ensure they fit snugly. Tap control allows users to easily adjust volume, pick up or hang up calls, and activate a voice assistant from the connected smartphone.

About the SpeakerBuds' speaker and charging case, which is the truly innovative aspect, even the Kickstarter campaign page says very little. We just learn that it is a 6-watt system, with "rich stereo sound from two independent audio channels," which means basically that they need to function like the two true wireless earbuds - two independent Bluetooth links from source device to each left/right speaker. The stereo aspect of the separate two sections of the design is truly the most interesting part - but we are left to guess about the drivers inside and how they function as one (or not) when both parts are joined together. 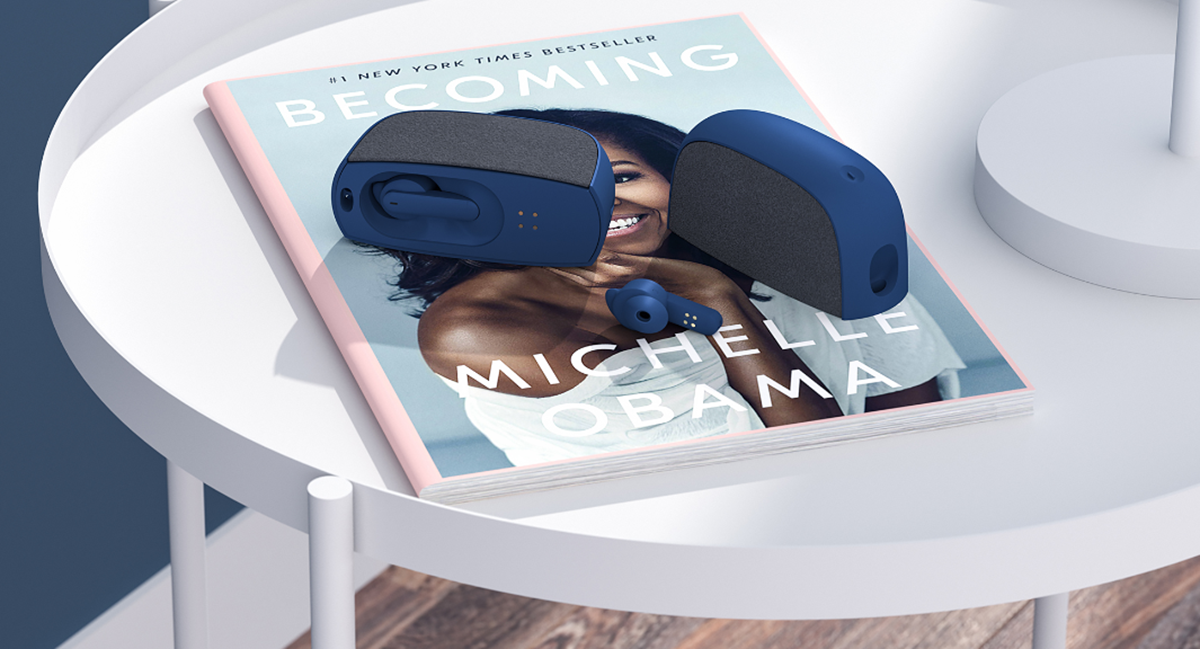 We can already support the Duolink SpeakerBuds campaign on Kickstarter, where the devices are available in red, white and navy blue, with early bird prices starting at $79. The expected final retail price is announced to be $149. Visit the Duolink SpeakerBuds campaign now online here:
www.kickstarter.com/projects/duolinkgo/duolink-speakerbuds-play-music-in-more-ways
www.duolinkgo.com
related items