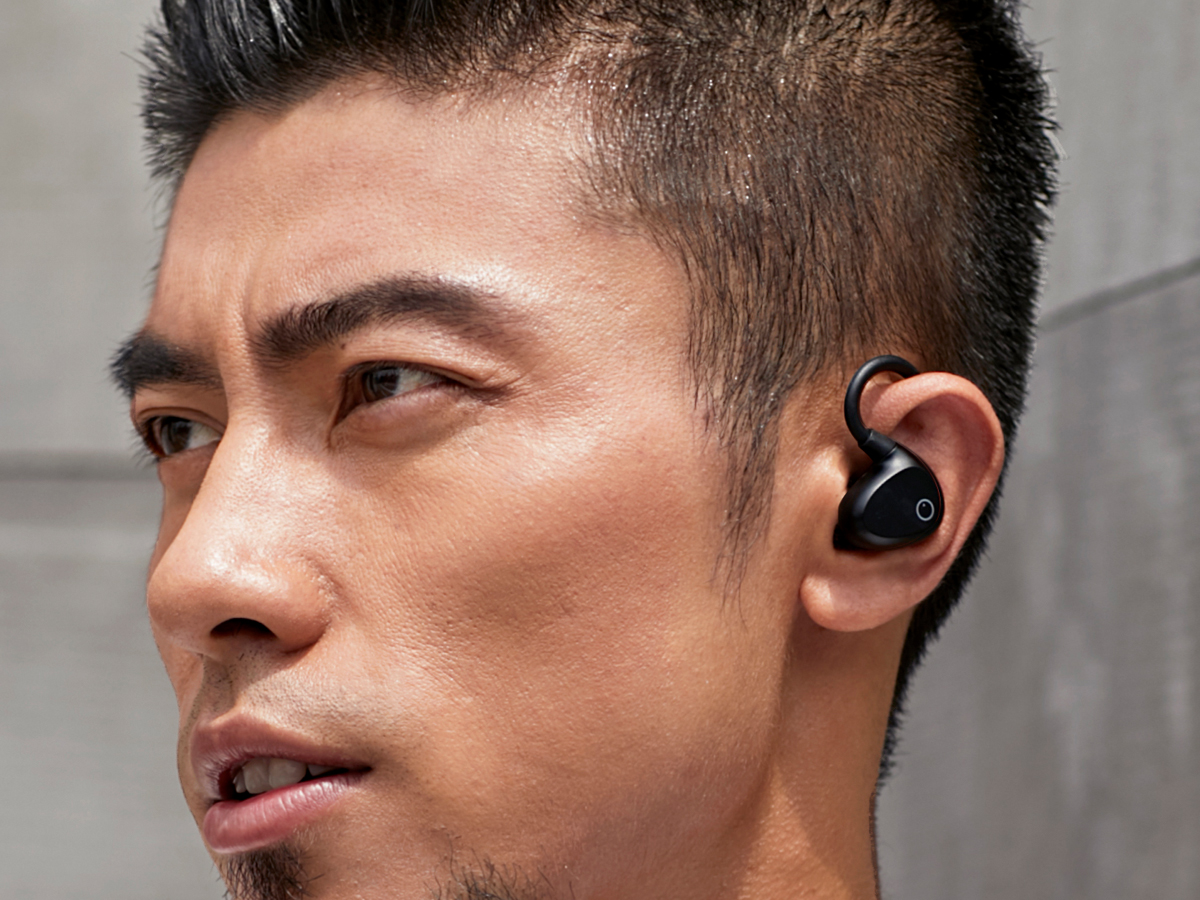 EOZ Audio is a design led audio brand formed by two French entrepreneurs in 2016 with a vision to create elegant audio products at an affordable price. Based in Barcelona, the company originally introduced the EOZ One Bluetooth in-ears with a Kickstarter campaign in May 2016, successfully funded and shipped in October of the same year. Next, EOZ Audio decided to remove the wire completely between the earbuds, and go true wireless with the EOZ Air True Wireless Earphones, based on the same design of the EOZ Ones, with an elegant ear-hook that makes it fit for gym workouts, running and commuting.

The EOZ Air project had ambitious goals form the start, promising to ship a Bluetooth 5 platform at a time when those hardly available, announcing too many different color schemes and combination options, and adding things like a graphene-coated dynamic driver. During production, the company had the customary troubles with sourcing suppliers, had to adopt a slightly larger 8mm driver, changed from the intended CSR/Qualcomm platform to a Realtek solution, which did not support aptX, but allowed for improved battery autonomy. Finally the company decided to implement things like touch-control, and USB-C on the metal charging case, which was definitely an improvement, allowing to get more than an hour or use on the earbuds after only a 15 minute charge. 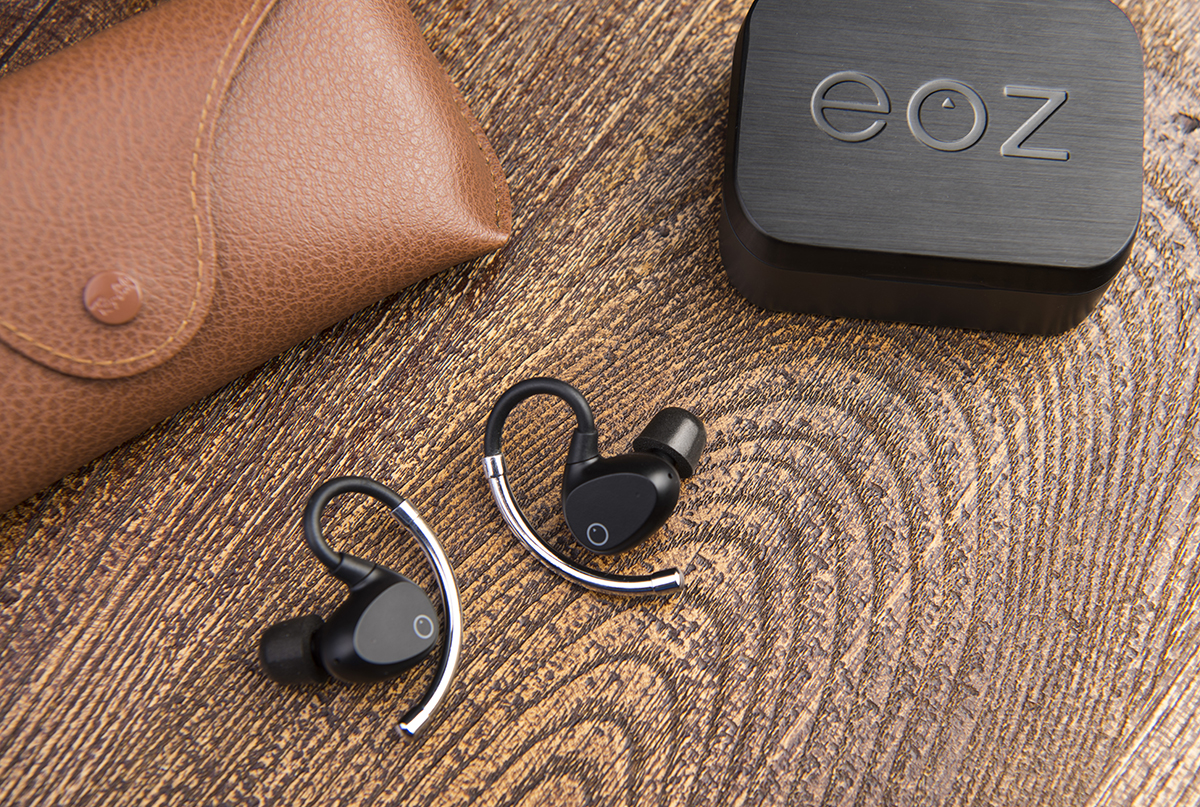 Another plus side of the design is the RF behavior supported with a double antenna system, which improves the connection between the two earbuds and provides an extended range and stronger signal compared to most truly wireless earphones. Still not class 1 range (30 meters), but at least twice the range of conventional Bluetooth LE TWS designs. (EOZ claims they've tested a 60 meter range in ideal conditions, which is not realistic.)

Originally launched on Kickstarter October 3, 2017, the EOZ Air project was successfully funded and the company started shipping a year later, which is a great track-record. Unfortunately for EOZ Audio, they didn't quite manage international shipping the way they should, and many of the original backers are still complaining online of not receiving their packages, even though they were notified of shipment. audioXpress received a pair as a regular backer in November 2018 and they have worked flawlessly so far. The Bluetooth pairing is fine, but the company did not deliver the promised iOS or Android app, which would make it easy for many users to avoid reported problems, easily solved with a reset or managing the touch control features (which are hard to use, like always). 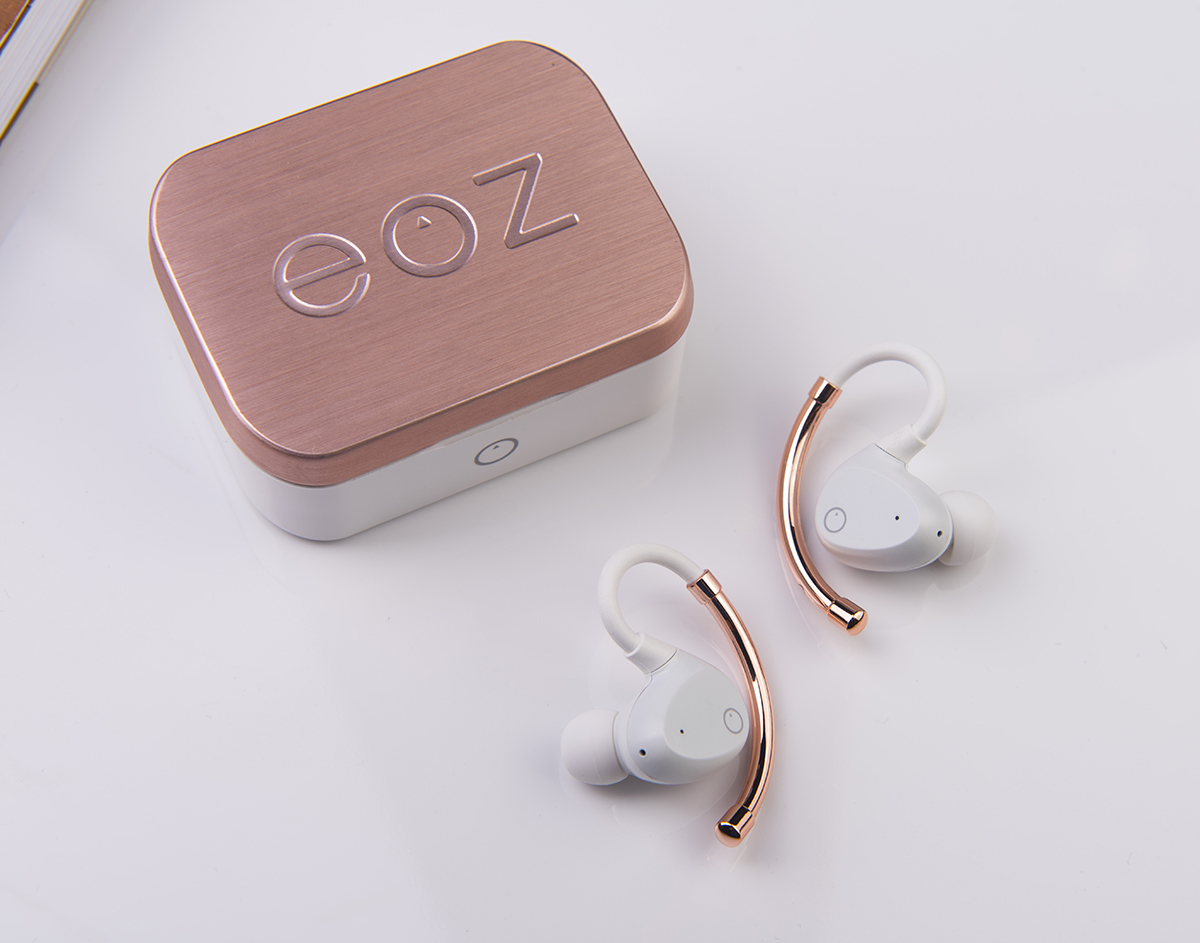 The EOZ Air earbuds use good quality components and materials including high-quality silicone, memory foam, nano-coated ABS and aluminum, achieving IPX6 waterproof rating. Both buds have a microphone for calls. The around-the-ear hooks (EOZ calls it clips) are really comfortable and convenient because they really help the earbuds stay in place. Inside the package there is also a detachable leather leash to attach to the rear hooks, providing even more safety. The included swappable silicone and memory foam earbud tips provide a good start for anyone to experiment with their preferred option. For extended usage, clearly the foam tips are recommended.

Under real conditions we have experienced a 4+ hour playtime with continuous music streaming, which is close to the advertised 5 to 6 hours of usage. Sound quality is very good, no complaints there. The EOZ Air provides powerful, clean bass and very smooth mid and high frequencies, not as detailed or aggressive as other earbuds which use two or more drivers. The 8mm diameter nano-coated drivers deliver "a natural sound signature," as the company itself describes, and we agree. EOZ also specifies up to 90 hours in the included powerful 2200 mAh charging case, which is above average. 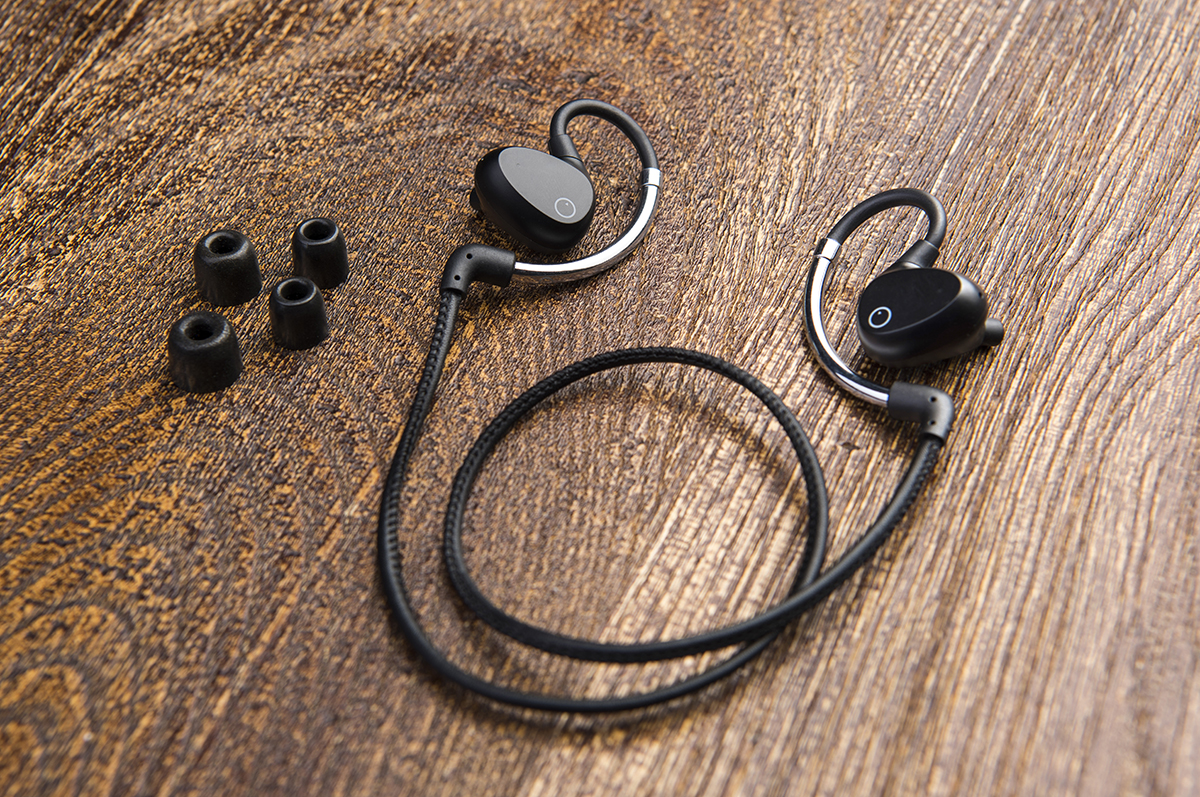 The company is now announcing general shipping of the EOZ Air for only $109 USD, which is just $10 USD more than the Kickstarter Special campaign price. They are available in four different color options. Apart from the earbuds and charging case, the package includes the USB-C charging cable, the 55cm vegan leather leash, 3 pairs of silicone ear tips and 2 pairs of memory foam eartips.

We just hope the company sorts out all the complaints from their original Kickstarter campaign backers before they start shipping new orders. They managed to design a very decent product and they should have their production runs under control now, so we think they deserve their chance.
www.eozaudio.com
related items