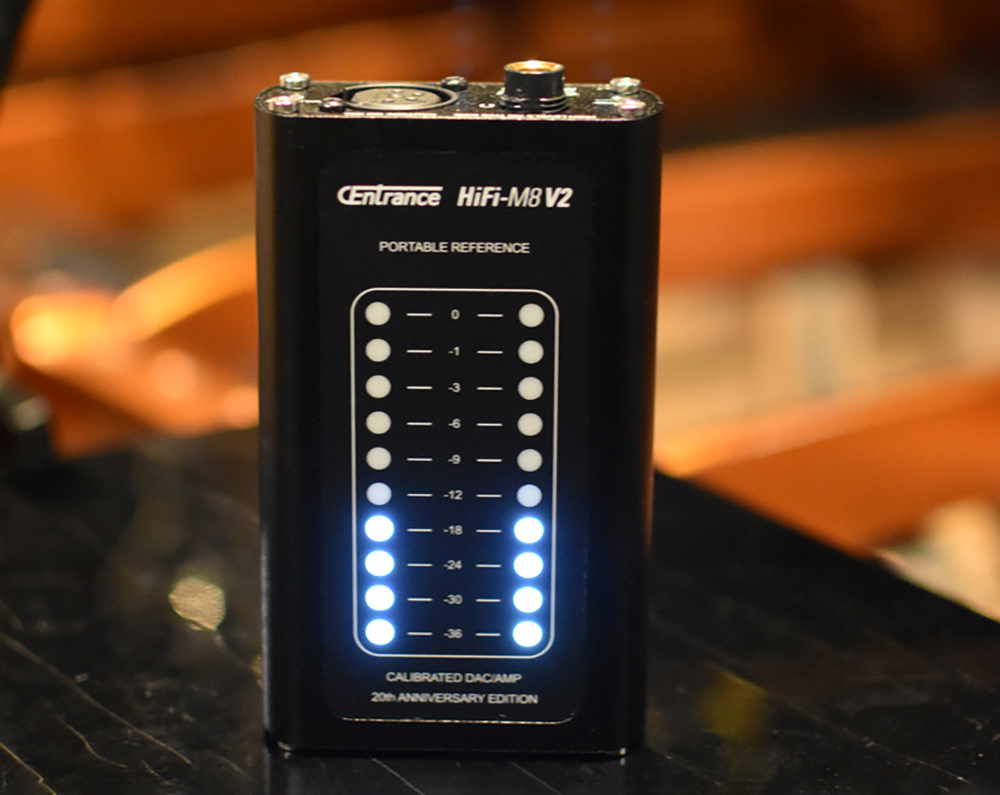 The updated HiFi-M8 V2 device fills an important gap for music enthusiasts who like to listen to music with a variety of headphones. Following in the footsteps of its predecessor, offering a choice of balanced or unbalanced outputs, the HiFi-M8 V2 takes the expansion a step further. The new product has two balanced and two unbalanced outputs for extra flexibility while jumping between sensitive and hard-to-drive headphone models.

"Our customers like to compare the sound of different headphones," says Michael Goodman, CEntrance CEO. "They need a reference device, compatible with their entire headphone collection and offering great sound quality on the move. The new HiFi-M8 is that reference. Paired with a Digital Audio Player or a smartphone, it is designed to deliver plenty of power and pristine sound quality no matter where you are and which headphones you use."

Because the new HiFi-M8 offers simultaneous use of the four outputs at once, it allows users to compare headphones at a retail store or at home, or to listen to music or watch a movie with a friend (or three), even on an airplane. As CEntranced details, the device features a digital volume control, offering perfect channel matching all the way down to minimum loudness.

The new HiFi-M8 V2 works with smartphones and tablets running Android and Apple iOS, as well as MacOS and Windows-based computers. The digital-to-analog converter uses a VelvetSound AKM AK4493 premium chip. It supports all standard sampling rates including 24-bit/44.1kHz up to 32-bit/384kHz, and DSD. An ASIO driver is also available for Windows 10. 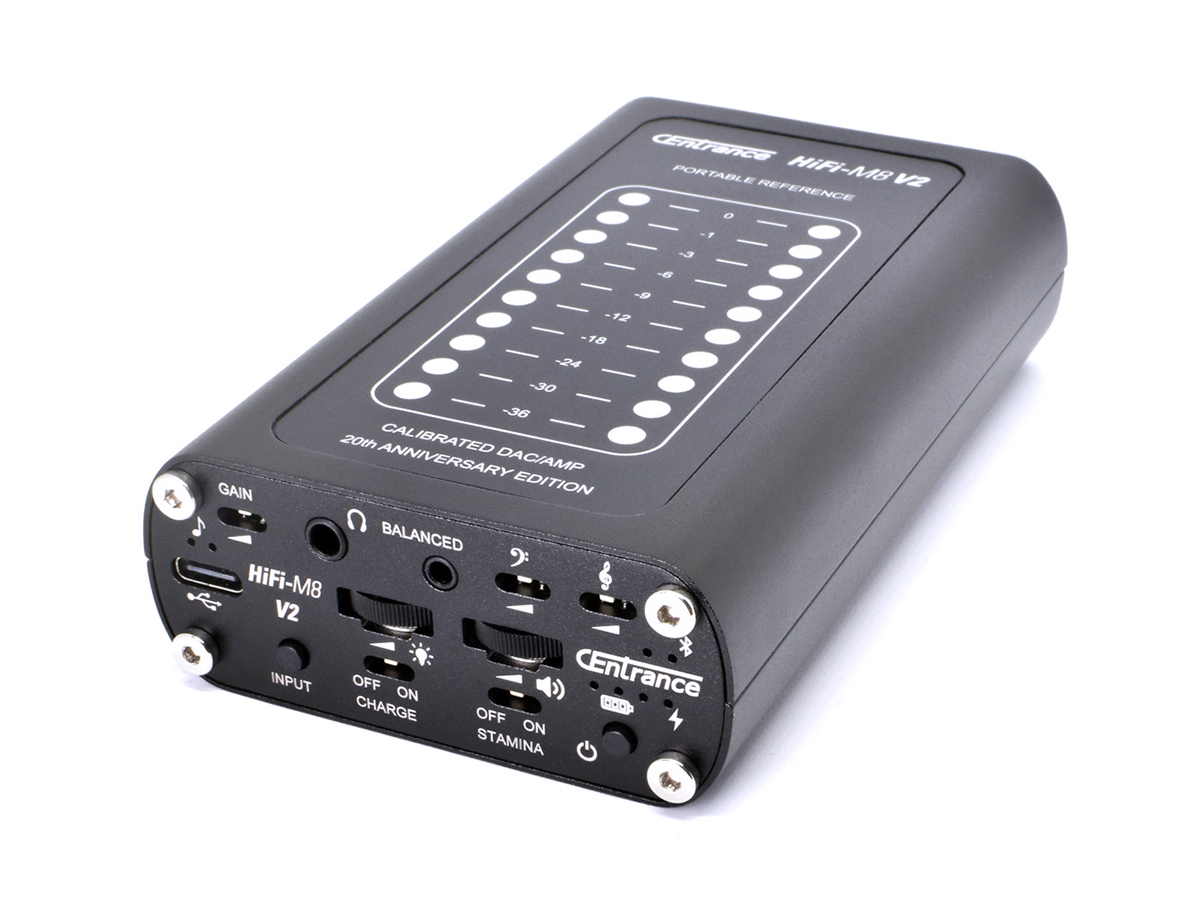 The original HiFi-M8, released in 2013, garnered critical acclaim, including from the greatly missed Inner Fidelity website, which placed it on its ‘Wall of Fame’ for portable headphone amplifiers. The new model adds Bluetooth connectivity for wireless use (with aptX and AAC support), Stamina mode for longer battery life, and calibrated VU meters for visually comparing differently mastered music. And CEntrance also did its utmost to offer “pitch-black noise floor” for users of Balanced Armature In-Ear-Monitors (IEM). "Some people like to fall asleep while listening to music but nothing is more distracting than background hiss. HiFi-M8 V2 was designed to eliminate audible hiss by using low-noise D/A converters and amplifiers. All of this, combined with the ability to deliver high power for overhead headphones, makes it a flexible, unique portable tool," the Chicago-based company explains. 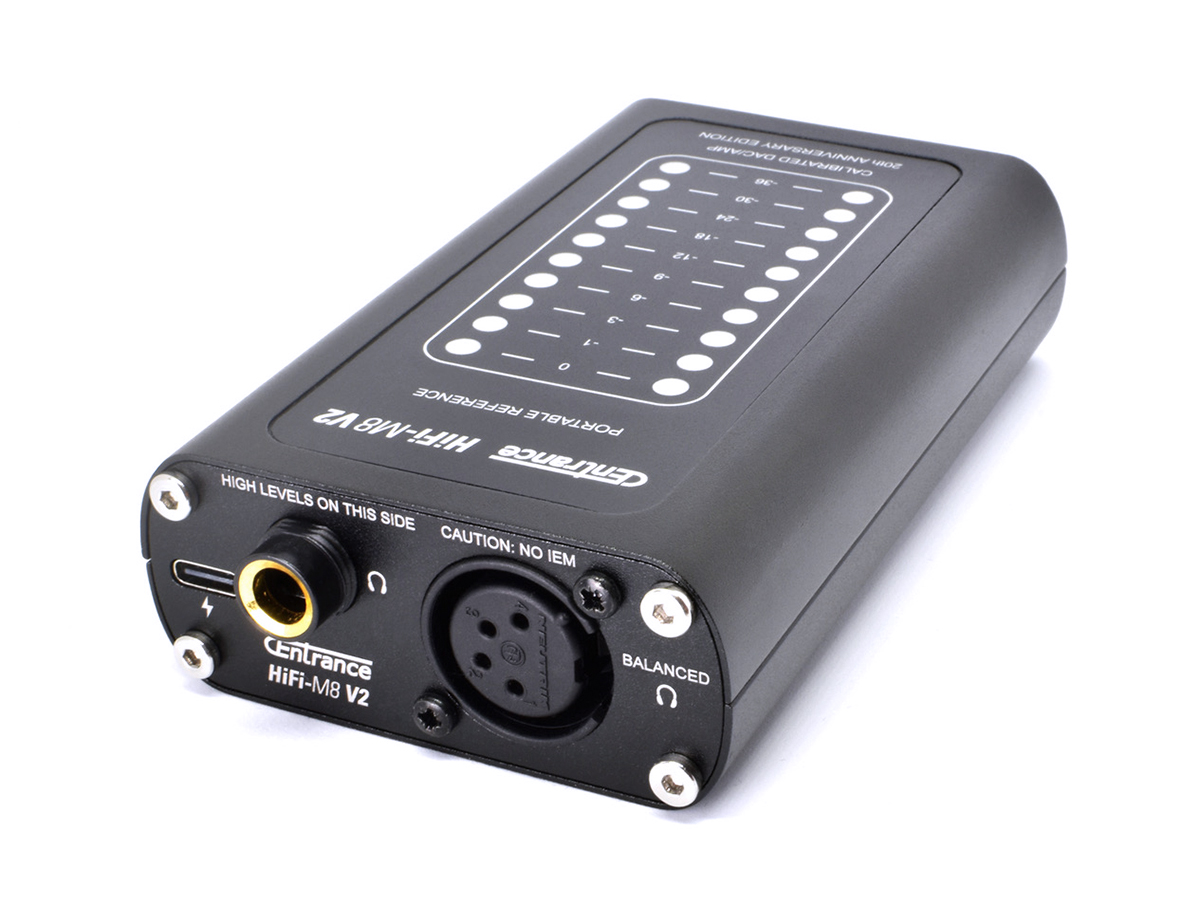 The internal battery can be charged from a USB socket in about four hours using a standard 5V USB charger. For convenience, there are two USB-C jacks on each extreme of the product: one for USB audio and charging, and another for charging only. Users can reconfigure them with the flick of a switch.

To help survive the rigors of daily use, the chassis is made of lightweight aluminum. Operation of the busy control panel should be intuitive, and the recessed controls are kept safe while the product bounces around in a backpack. The HiFi-M8 V2 is shipping now and retails for $749.99 USD.
www.centrance.com
related items