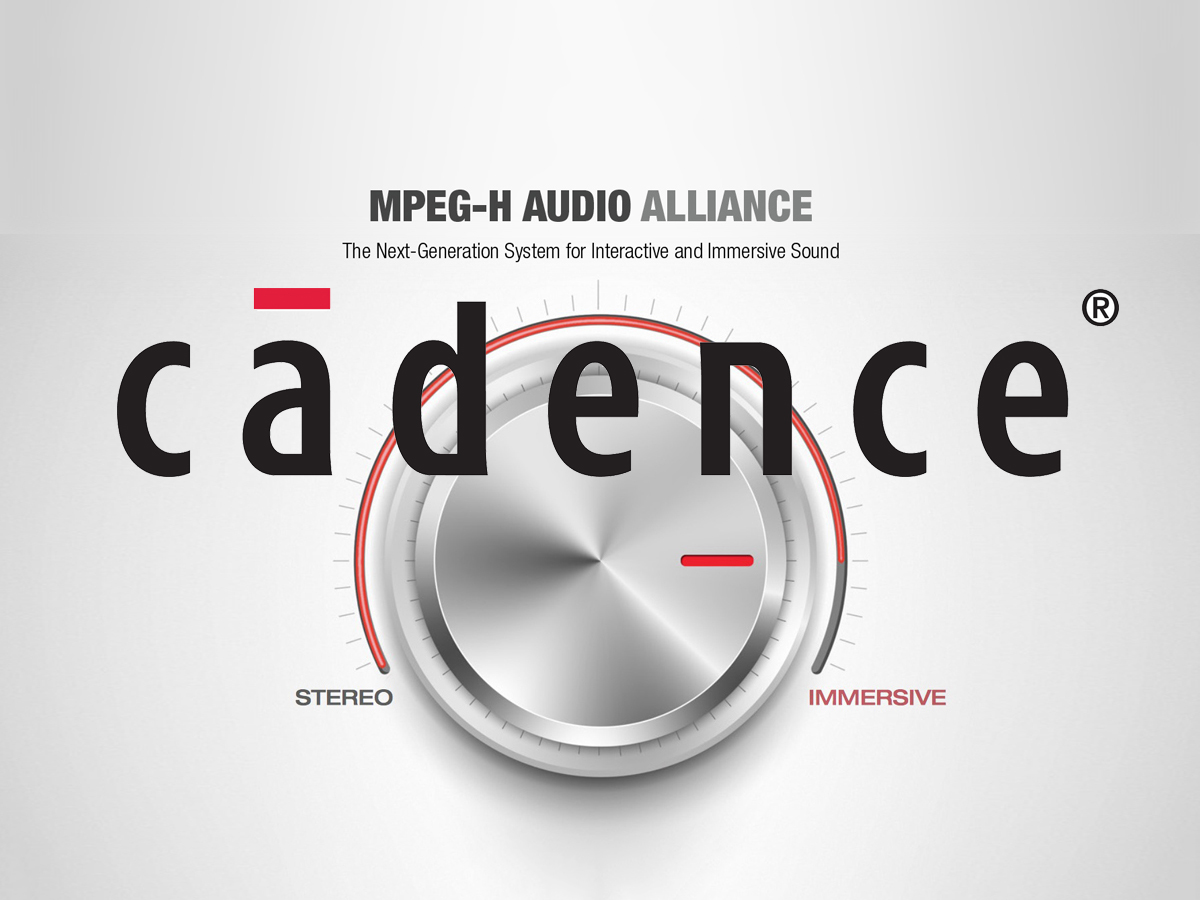 “The desire to offer a compelling, immersive and personalized listening experience has driven the development of the MPEG-H Audio open standard,” says Harald Popp, head of the Business department in the Audio & Multimedia Division of Fraunhofer IIS. “With the availability of the MPEG-H Audio decoder based on Cadence’s extremely efficient Tensilica HiFi DSPs, customers can soon introduce market-ready next-generation TV sets.”

Access to the MPEG-H Audio decoder running on Tensilica HiFi DSPs accelerates time to market for all HiFi customers in the TV market as they prepare to go to field trials with the new broadcast standards. MPEG-H Audio will be the first next-generation audio system to be used for over-the-air TV broadcasting when Korea launches their new ATSC 3.0 transmission standard early 2017.

“Consumer electronics makers in the digital TV market are rapidly responding to consumers’ demands for a more compelling and immersive audio experience,” says Larry Przywara, group director of marketing, HiFi audio/voice IP, Cadence. “Collaborating with Fraunhofer to port the MPEG-H Audio decoder to HiFi DSPs will help customers deploy this technology concurrent with its finalization in various standards, including ATSC 3.0.”

MPEG-H Audio is also part of the A/342 audio candidate standard for ATSC 3.0. The Korean TTA standard “Transmission and Reception for Terrestrial UHD TV Broadcasting Service” is based on ATSC 3.0 and specifies MPEG-H Audio as the sole audio codec for the Korean system. According to Korean government representatives, the Seoul metropolitan area will be the first to receive the UHD TV service. After Seoul, it will expand into cities near the venues of the 2018 Winter Olympic Games in Pyeongchang. By 2021, the service will be available nationwide.

The inclusion of MPEG-H Audio in the TTA UHD TV standard makes it the first next generation audio codec to go on air in a terrestrial 4K TV system. The codec enables immersive and interactive sound, providing consumers the ability to adjust the sound mix to their preferences e.g. choosing between different commentators in a sporting event. Additionally, the codec delivers a truly immersive experience by adding 3D audio components. Thanks to these new features, TV audiences have the ability to watch movies with 3D sound and can experience sporting events or concerts as if they were present at the venue.