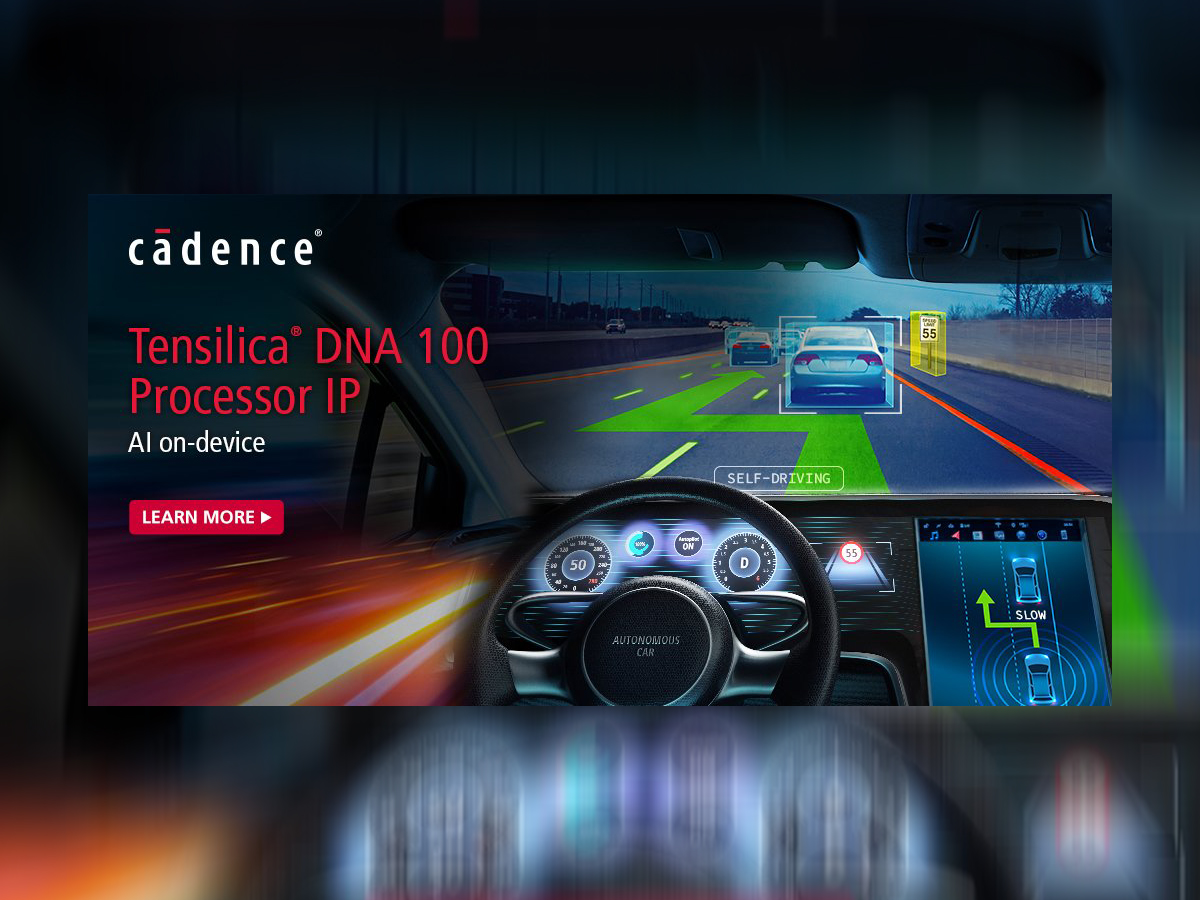 The DNA 100 processor delivers up to 4.7X better performance and up to 2.3X more performance per watt compared to other Artificial Intelligence (AI) solutions with similar multiplier-accumulator (MAC) array sizes. It easily scales from 0.5 to 100s of TMACs for neural network inferencing in automotive, surveillance, robotics, drones, AR/VR, smartphone, smart home and IoT/connected products.

Neural networks are characterized by inherent sparsity for both weights and activations, causing MACs in other processors to be consumed unnecessarily through loading and multiplying zeros. The DNA 100 processor’s specialized hardware compute engine eliminates both tasks, allowing this sparsity to be leveraged for power efficiency and compute reduction. Retraining of neural networks helps increase the sparsity in the networks and achieve maximum performance from the DNA 100 processor’s sparse compute engine. This enables the DNA 100 processor to maximize throughput with a smaller array, as evidenced by its ability to achieve up to 2,550 frames per second (fps) and up to 3.4TMACs/W (in 16 nm) of estimated on-device inference performance on ResNet 50 for a 4K MAC configuration.

“Our customers’ neural network inference needs span a wide spectrum, both in the magnitude of AI processing and the types of neural networks, and they need one scalable architecture that’s just as effective in low-end IoT applications as it is in automotive applications demanding 10s or even 100s of TMACs,” says Lazaar Louis, senior director of product management and marketing for Tensilica IP at Cadence. “With the DNA 100 processor and our complete AI software platform and strong partner ecosystem, our customers can design products with the high performance and power efficiency required for on-device AI inferencing.”

The DNA 100 processor will be available to select customers in December 2018 with general availability expected in the first quarter of 2019.
www.cadence.com/go/dna100
related items

ON Semiconductor to Demonstrate Advanced Audio Processing at CES 2020