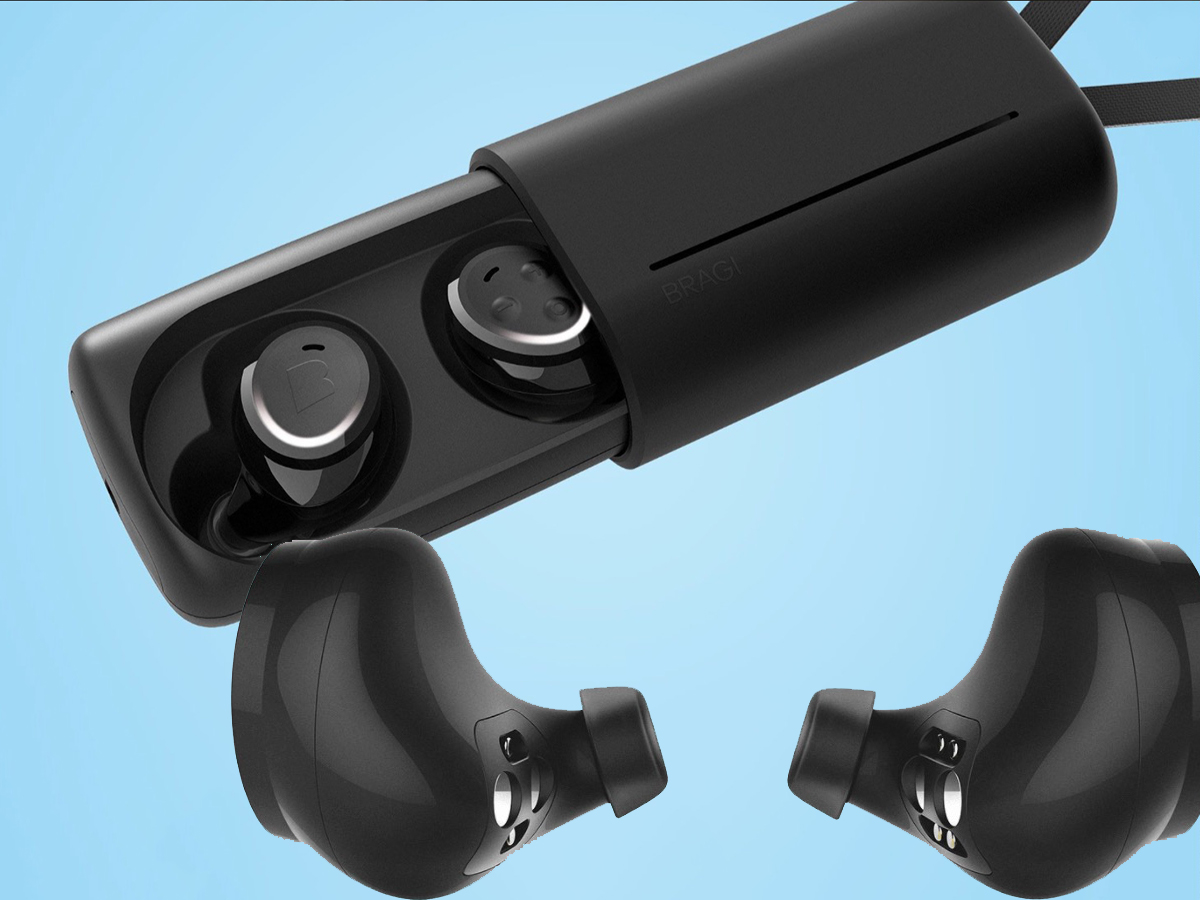 The famous Kickstarter-launched company behind the world’s first wireless smart hearable returns with a very nice idea. Bragi is probably one of the companies with more engineering resources and time invested on developing truly wireless earbuds (more than 150 unique patents in the space…), taking The Dash concept to the limits of what is possible with existing technologies. They have a very clear  idea of what’s possible now and, more importantly, they know what works. Check this recent update in collaboration with Knowles.

As audioXpress had the opportunity to learn (see our report of the recent AES International Headphone Conference), while discussing with Bragi’s engineers about future plans for “hearable concepts” exploring The Dash array of sensors and technologies, there are quite a few hurdles to overcome on truly wireless earbuds, the most crucial of which is managing extremely limited power resources in order to extend battery life.

But there comes a time for every company when the business case overcomes engineering dreams and the eminent launch of the headphone-jack free iPhone 7 is certainly one of those pivotal moments for the audio industry. Enter The Headphone, Bragi’s latest announcement targeting the crowded mobile audio space, and just its second product, following The Dash.

With The Headphone announcement, Bragi also confirmed another major software upgrade for its first product, The Dash, as well as a surprising collaboration with IBM’s Watson IoT platform. Lets start with the Cupertino-oriented announcement. 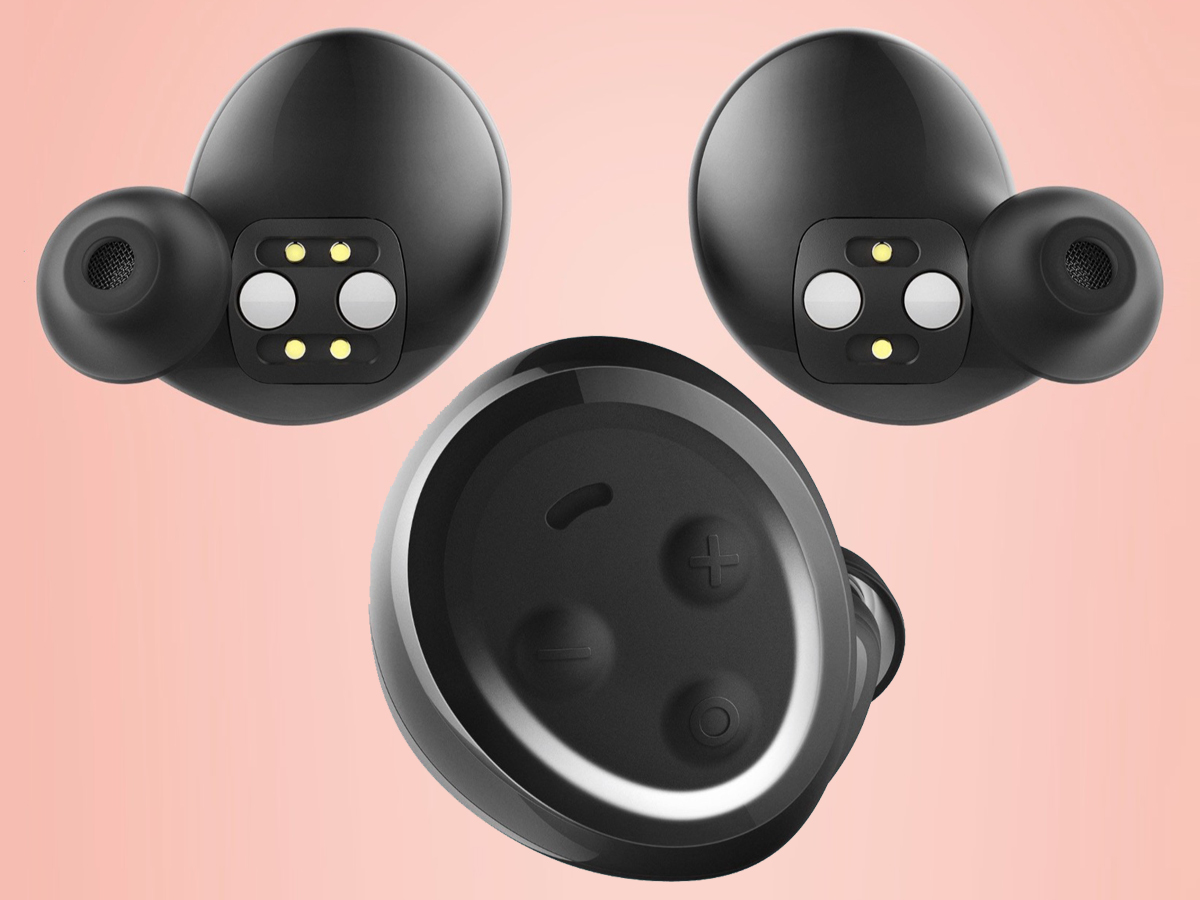 The Headphone
“The Headphone is completely wireless, completely free,” says Bragi's founder and CEO Nikolaj Hviid. “We have heard from many people who wanted an easy-to-use wireless headphone with bangin’ bass, smooth sound and even better battery life. We built that headphone. Your next headphone. The Headphone.”

The Headphone marks the next chapter in Bragi’s vision of a world without wires. As the companies states, “It signifies the company’s mission to inspire the future of sound and how we, as humans, interact with it.”

The Headphone can be connected to any Bluetooth device, including the iPhone 7. Users can switch between music tracks, take phone calls in challenging environments, leveraging Knowles’ Versant advanced voice technology, activate Audio Transparency and deliver voice commands, all without having to look at a screen. Three different FitTip sizes should provide a comfortable, secure fit for all, and - most importantly - the earbuds warrant up to 6 hours of wireless battery life per charge! Specified standby time is 250 hours and charging time with the included battery-pouch takes less than 2 hours.

The reason for the battery life improvement, and smaller size earbuds, is the fact that Bragi removed the array of sensors and memory that typically are needed by “smart hearables” like The Dash, focusing instead on the user-case for anyone simply interested in listening to music, taking calls and simple interactions. The Headphone uses Bluetooth 4.0 with A2DP profile, AAC and SBC audio codecs, and also features Knowles balanced armature speakers and Knowles digital MEMS (left and right) microphones with custom mechanical tuning and EarBone microphone, for ambient environmental sound awareness and noise cancelling. Bragi specifies also “passive bilateral noise isolation”, something that needs clarification, like many other of the missing details about the product.

“We make listening products and we’re listening to our customers,” Hviid says. “The Headphone is Bragi’s answer to what happens when Apple and other mobile companies ditch the headphone-jack for good.” 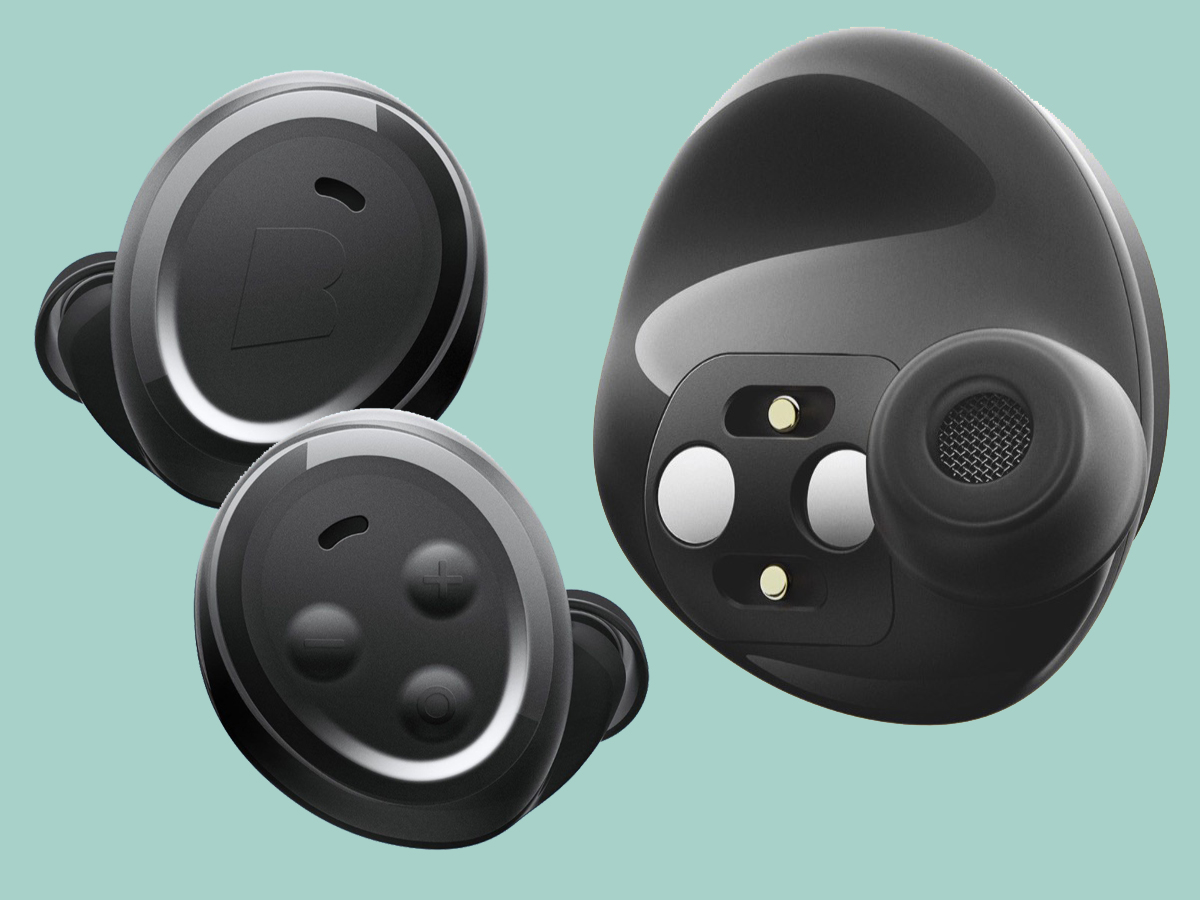 The Headphone will be available through the newly launched Bragi Shop (store.bragi.com) for a special presale price of $119 until November 1. Those who participated in the Bragi Dash Kickstarter will receive a $20 off coupon via email. Following the presale, The Headphone will retail for $149. Shipping is expected to begin in November.

The Dash - Bragi now calls it “one of the most powerful micro-wearable computers on the planet” - has become smarter, faster and better in several areas thanks to this update, including Bluetooth connectivity. The Dash can speak four new languages – Chinese, French, German and Spanish, and it synchronizes with Google Fit and the Apple Health Kit for fitness activities. 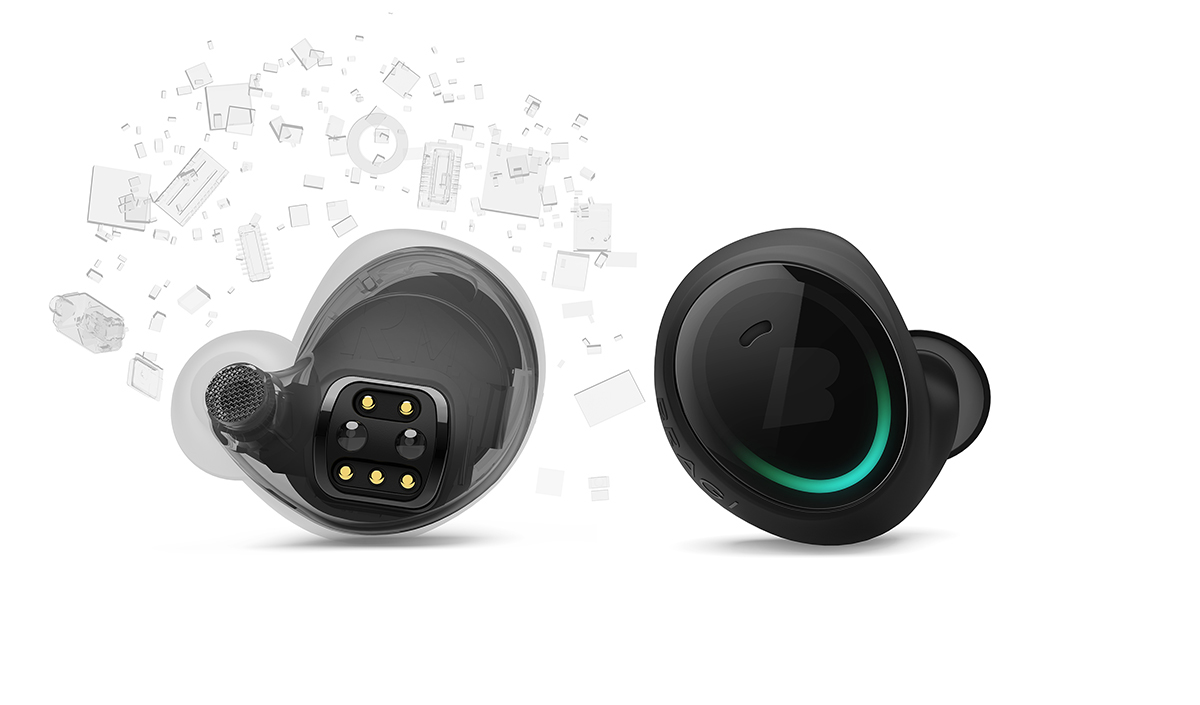 Other Bragi OS 2.1 features include Touch Lock, which prevents inadvertent gestures from impacting the Dash, Shuffle for the internal music player, and on-demand heart rate tracking.

Bragi and IBM
Bragi and IBM also announced the two companies have joined forces to develop innovative business solutions for the workplace using the latest hearable and cognitive technologies. By combining Bragi’s smart hearables with IBM’s Watson IoT platform, the companies hope to transform the way people interact, communicate and collaborate in the workplace.

Tapping the language translation and speech-to-text capabilities of IBM’s Watson IoT platform, the vision is for users to be able to receive instructions, interact with co-workers and enable management teams to keep track of the location, operating environment, wellbeing and safety of workers. The two companies are even looking into how head gestures could enable users to respond to instructions or send commands for simple tasks such as turning the page in an instruction manual during hands-on or dangerous tasks.

“Hearables will transform the way we work and have a tremendous impact on the business processes of the future,” said Nikolaj Hviid. “Packed with sensors, The Dash is uniquely equipped to realize the potential of truly contextual audible computing. We are very excited to tap IBM’s industry leading cognitive computing capabilities through the Watson IoT platform as well as benefit from IBM’s enormous experience in global innovation that touches people’s lives.”

“With Watson’s language translation capabilities and the increasing pervasiveness of smart devices, conversational interfaces will start to challenge the visual user interfaces of today,” said Harriet Green, Global Head of IBM Watson Internet of Things. “Users will increasingly talk to their devices and interact with their homes and workplaces in more natural, interactive and convenient ways. With Bragi we are looking at how this development can go even further with a powerful audio and sensory interface that fits inside the ear, opening up a myriad of new opportunities for transforming the workplace.”

“This is where we see the most potential in the short and medium term. There are many other opportunities that we will explore in the future with growing technological capabilities of our audible computing devices” adds Darko Dragicevic, EVP Partners and Solutions at Bragi.

By 2020, according to Analysys Mason there will be nearly 350 million active smart wearable devices, which will generate significant data (reference: “Case Study: The Wearables Side of Enterprise IoT: Assessing the Opportunity for CSPs” - Analysys Mason, May 2015). Enterprise use of wearables will contribute to this growth. Wearables will contribute among others to worker productivity and overall operations by delivering targeted communications to help workers complete immediate tasks and improve worker productivity with hands-free capabilities. At the same time, smart wearables are also capable of sensing worker health and safety, and will provide real-time data on employee status for example in dangerous environments where worker protection and safety are critical and data can be monitored and analyzed for trends and further actions.
www.bragi.com
related items