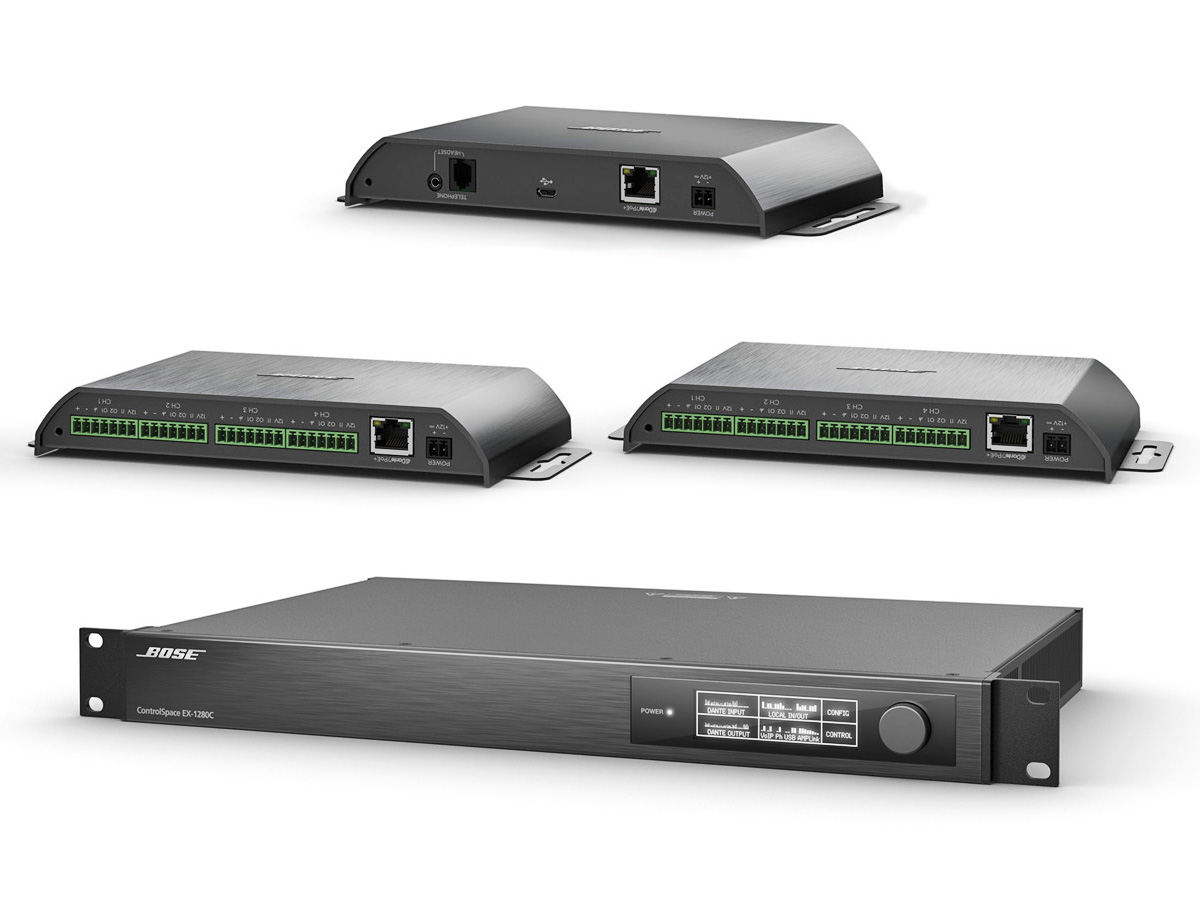 Designed and tested with leading consultants and integrators, the EX line offers a comprehensive, scalable solution that is easy to specify, design with, and deploy, ideal for meeting spaces.

At the heart of the system is the ControlSpace EX-1280C conferencing processor. It addresses a common need in conferencing audio for consolidated, single-model connectivity. The EX-1280C includes integrated support for VoIP, PSTN, analog and USB audio. Twelve advanced, routable AECs with adaptable noise cancellation, non-linear processing and comfort noise enhance the clarity and intelligibility of meetings.

A key highlight of the ControlSpace EX system is its “one-cable-to-the-table” connectivity via three Dante-based, PoE+ under-table endpoint models. With daisy-chainable power and networking, these slim, high-density boxes are designed to mount underneath conference tables. 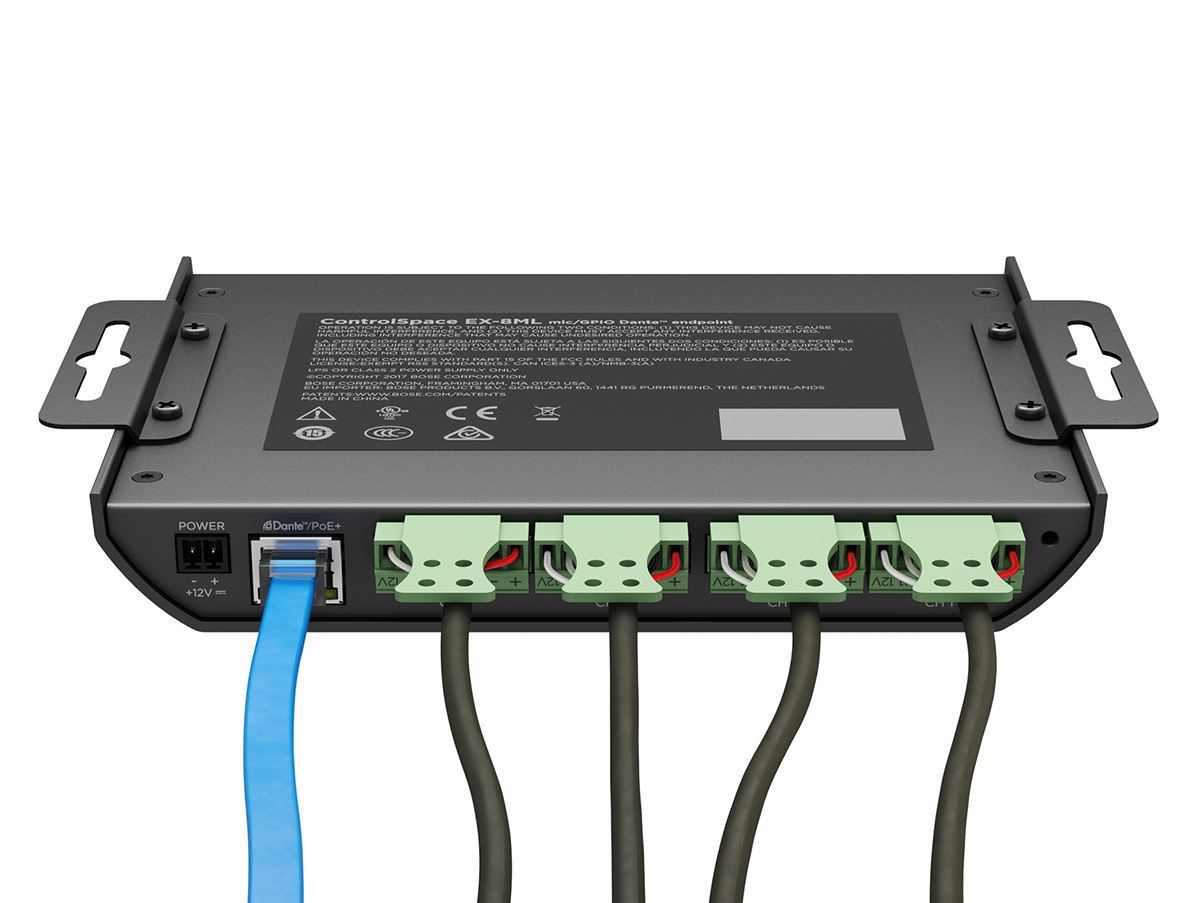 The two microphone endpoints, the EX-4ML and EX-8ML (four and eight channels respectively), feature 48V phantom power as well as +12V LED power and three logic I/O per channel (one in, two out) to interface with most types of analog conferencing microphones. Up to 24 microphones with LEDs and push-button muting can be connected over a single CAT 5 or 6 cable.

Partnering with Avaya, Bose Professional has been recently selected for membership in the Avaya DevConnect program, where the ControlSpace EX solution has been fully tested for interoperability with Avaya’s Aura Session Manager. This compliance-tested solution with Avaya offers reduced network complexity, improved security and reliability, and shorter deployment time. Additionally, Bose Professional will have certification for Cisco later this year.
http://pro.bose.com
related items