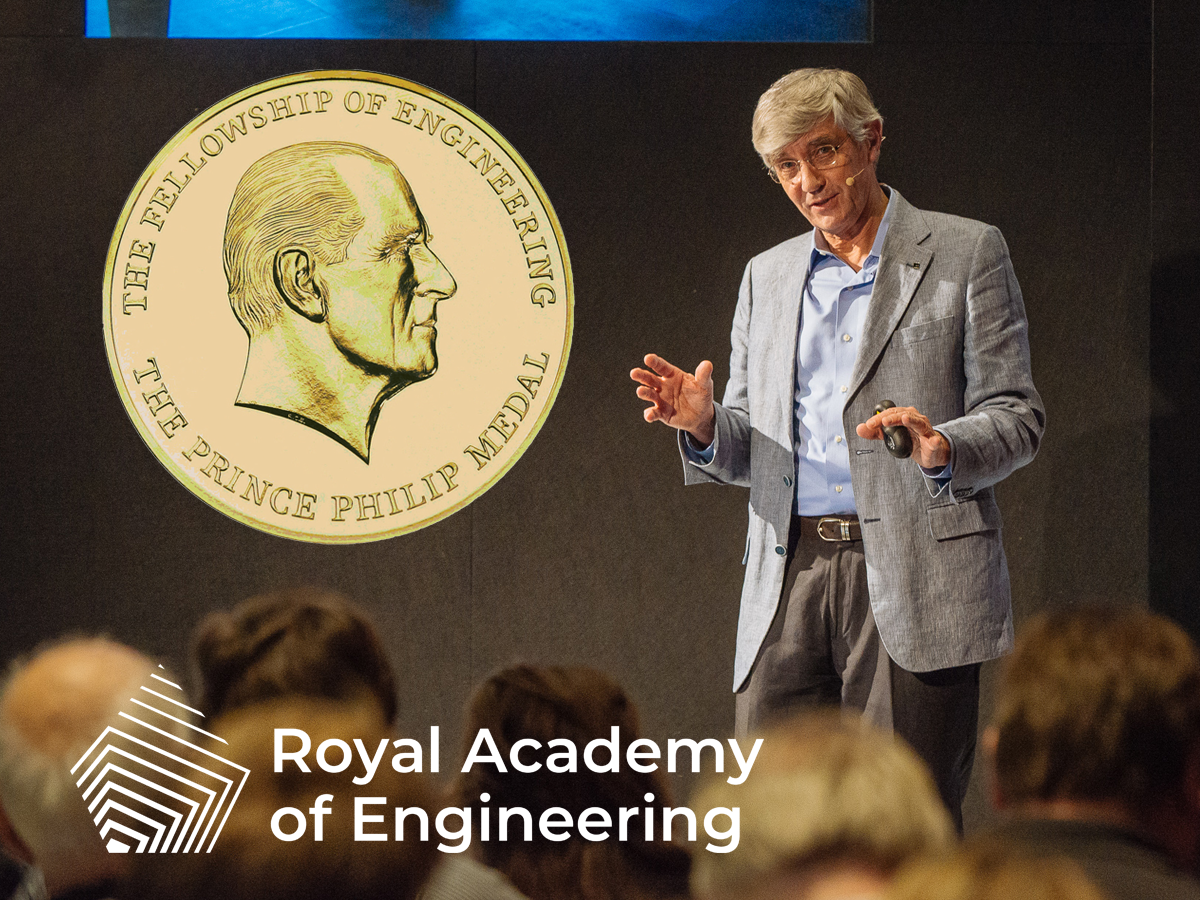 Previous recipients of the Prince Philip Medal include the inventor of the turbojet engine, Air Commodore Sir Frank Whittle; geothermal power innovator, Lucien Bronicki; and the electrical engineer who revolutionized fibre optics, Dr Charles Kao. Commissioned by HRH Prince Philip, The Duke of Edinburgh, which was instrumental in the establishment of the Royal Academy of Engineering, the Prince Philip Medal is awarded periodically to an engineer of any nationality who has made exceptional contributions to engineering through practice, management or education.

The Royal Academy of Engineering recognizes Bob Stuart's dedication throughout his professional career to the pursuit of high-quality audio, "starting two successful UK businesses with innovations in the digital coding of music to make it shareable without loss of quality.

"His Meridian Lossless Packing audio technology introduced bit-perfect compression to the industry and is widely used to deliver higher sound quality on Blu-Ray Discs and DVD-Audio.

"His second major breakthrough was the invention of MQA (Master Quality Authenticated) which goes further, taking into account inefficiency and inaccuracies when sound is converted to and from digital. MQA uses innovative technology to capture incredible audio performance from new and old recordings, packages it much more efficiently than traditional ‘hi-res’ formats and confirms safe delivery. First used by audiophile streaming services, it now powers broadcast and live streaming of high-quality sound, including with HD video."

In accepting this award, Bob Stuart stated: "Audio engineering sits at an intersection between analog and digital engineering, music and the human listener. My passion to enable great sound recording and playback has required a multi-disciplinary approach, but that quest to preserve and share music performances is very satisfying and important. I am honored and humbled to receive this award from the Royal Academy of Engineering."

Legendary, multi-Grammy Award winning Mastering Engineer, Bob Ludwig, shared his thoughts: "Bob Stuart is a connoisseur of both engineering and music and that is what sets him apart. He is like a mastering engineer – he knows what music is supposed to sound like, so he isn’t blinded by theory or technology. If something does not sound right to his ear he will quickly reject it and explore a more musical way of accomplishing his goals. The invention of MQA improved the sound clarity that was blurred by digital components and as a musician, I am so delighted for my ears to be the recipient of Bob’s creation and to use it in my work."

Grammy-winning Producer and Engineer, Morten Lindberg also had this to say: "With the invention and development of MQA, Bob has provided audio engineers and music producers all over the world with a mindset and tools to work with digital audio in an holistic perspective. His interdisciplinary research combining neuroscience, psychology and advanced physics with audio engineering now makes it possible for music production to maintain true analog qualities in the digital domain. Bob is the kind of person who goes beyond the call of professional duty and ‘becomes’ his work."

"For decades, research in modern digital audio has been confused by outdated foundational precepts, misled by chimerical goals or commercial pressure and hampered by ever-so-slowly evolving knowledge in the fields of science and hearing perception. Bob Stuart has risen above these challenges time and time again.  Only the accomplished researcher whose heart and soul has been captivated by the sublime experience of superb, transparent music recording and reproduction could achieve so well what Bob has accomplished for so many years, adds producer, inventor and teacher, George Massenburg. 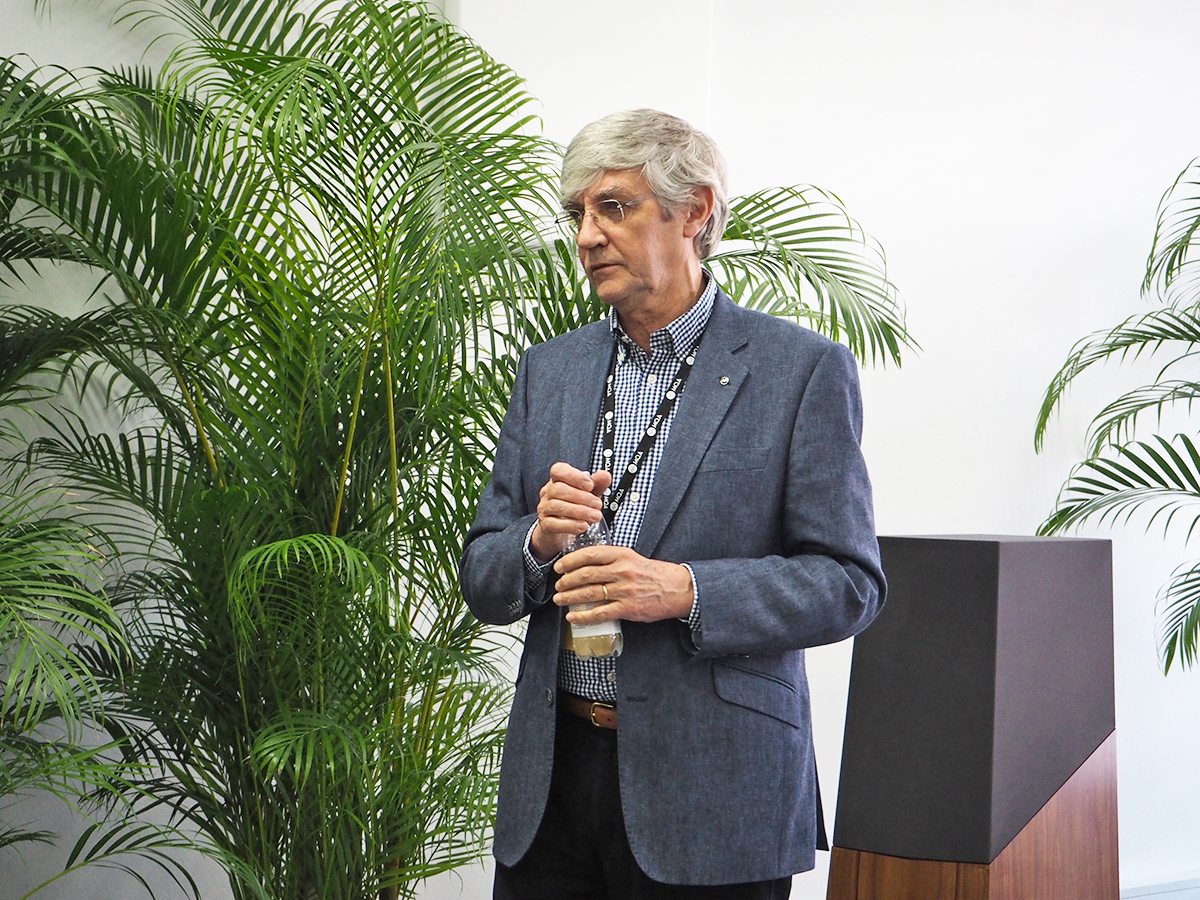 Bob Stuart studied electronic engineering and acoustics at the University of Birmingham and operations research at Imperial College, London. In 1972 while working at Cambridgeshire start-up Lecson Audio, Bob met industrial designer Allen Boothroyd. The duo’s debut design, the Lecson AC1/AP1, won the Design Council Award – the first of a record three Design Council Awards for Bob and Allen, and marked the start of a 40-year partnership.

In 1977 Bob co-founded Meridian Audio and served as CTO until early 2015. In 2014 he founded MQA Ltd where he is currently Chairman and CTO. While at Meridian Audio, Bob pushed the boundaries of high-performance analog and digital audio and video technologies. In the 1990s Bob led the team that pioneered lossless compression for audio and introduced it to the industry. In 2000, Meridian’s MLP lossless encoding was adopted as the standard for DVD-Audio and subsequently in 2005 for Blu-ray, when it was acquired by Dolby Laboratories.

Bob is a lifelong student, researcher and teacher and has published several important papers on audio engineering. He is a Fellow of the Audio Engineering Society and has served on technical committees in the USA, Japan and UK. The Prince Philip Medal is the latest award to recognize Bob’s remarkable contributions to the world of audio engineering.
www.meridian-audio.com | www.mqa.co.uk
www.raeng.org.uk
related items