MQA (Master Quality Authenticated) launched major partnerships at CES 2016, including agreements with music download store 2L and playback partners AURALiC and Bluesound. HTC has equipped its latest smartphone - the HTC One A9 - with MQA technology in a ‘proof of concept’ exclusive for CES.

2L claims the honor of first label to offer fans the chance to buy their music in MQA. Founded by Morten Lindberg – a highly respected figure in the world of digital music recording and a GRAMMY multi-nominee, including three selections in the 2016 list – the Scandinavian music label is revered for its pristine-quality recordings. Morten commented on MQA and said: “Meeting Bob Stuart and discovering MQA has been a total revelation. I have spent many hours with Bob listening to original recordings and being constantly amazed by the incredible sense of space and clarity brought by MQA. The end-to-end process allows us to more accurately capture the original sound and to deliver it perfectly all the way through to music lovers.”

The library of MQA music is set to expand further during 2016 with 7digital, HQM (Japan), Onkyo Music and Jay Z-led TIDAL all aiming to bring MQA music to the masses.

Commenting on these announcements Bob Stuart, MQA creator, says: “It’s truly gratifying to see such widespread levels of industry support for MQA. We are especially delighted to partner with 2L, MQA’s debut content retailer, and we look forward to welcoming aboard many more partners during 2016. We are also honored to work with HTC at CES 2016, enabling the opportunity for the show visitors to hear MQA on today’s portable music device of choice, the smartphone.” 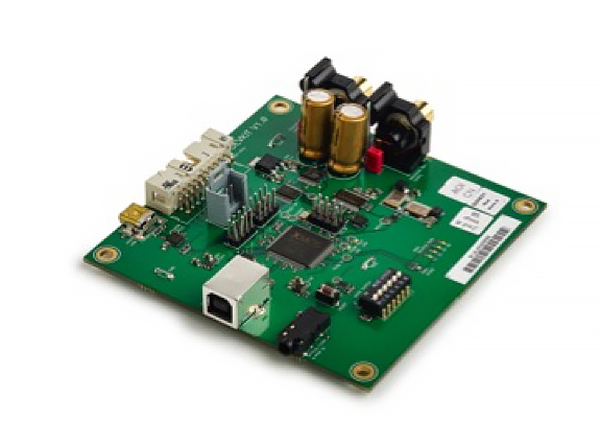 The XMOS X200-based reference decoder board (pictured) is available from MQA making evaluation straightforward. Manufacturers can effortlessly experience the benefits of MQA on a bench, or as part of hardwiring an ‘outboard dongle’ for additional testing. The board can also help drive product design ideas for future MQA implementations.

In addition, the decoder has been ported to a growing range of platforms, and pre-compiled libraries are available directly from MQA for Microchip’s PIC32, ARM A7 and A9 processors, and Imagination’s MIPS processors. MQA is also supported by Imagination’s Caskeid wireless audio platform.
X86 and Linux implementations are also available, while FPGA, Analog Devices’ SHARC+, Microchip’s CY920 and Synopsys ARC (AS221BD) development is under way and is expected to be available Q1 2016. MQA confirms additional implementation platforms will be announced shortly.

MQA is offering full professional support from its expert team of software and hardware engineers for manufacturers wishing to incorporate a decoder into existing or projected products with minimum delay.
www.mqa.co.uk
related items