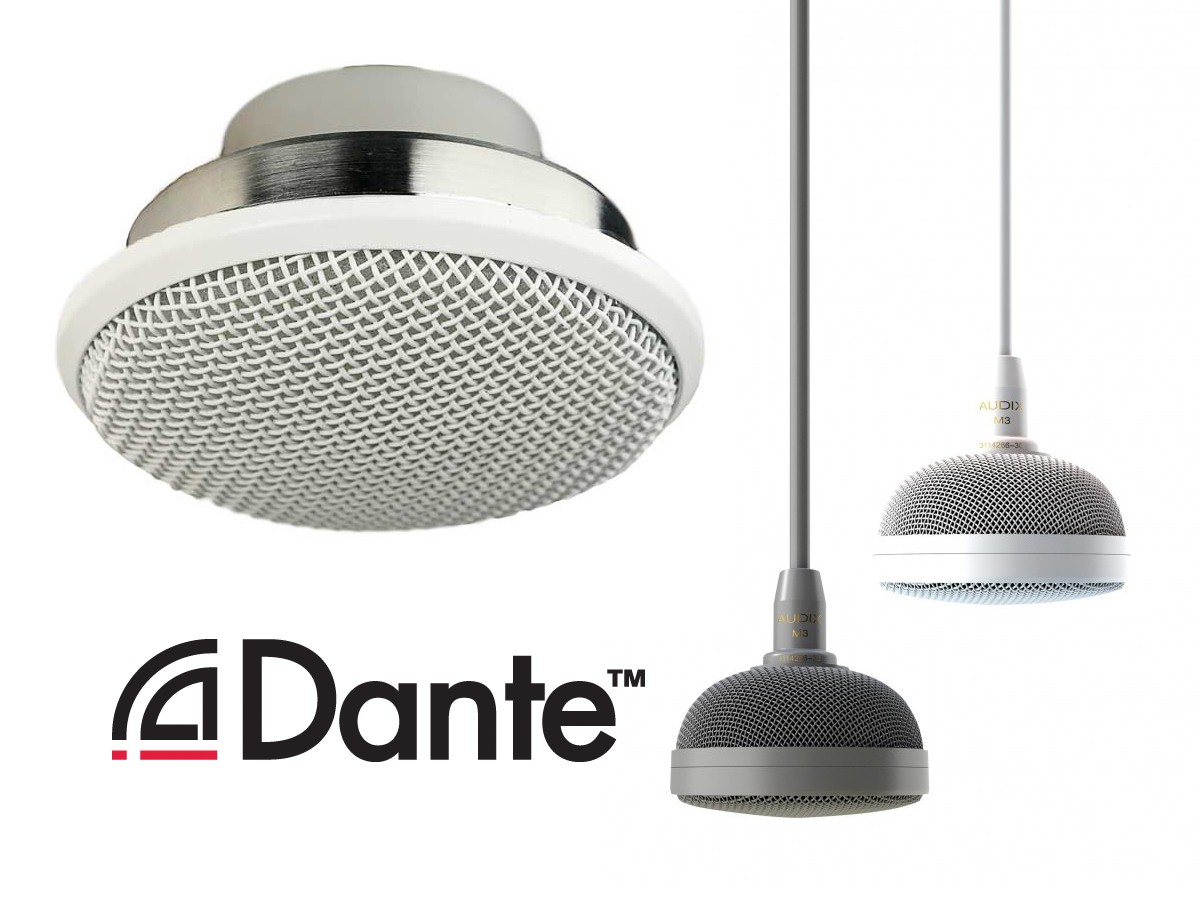 Audix confirmed they are adding the benefits of digital networking to their popular family of installed ceiling microphones, offering Dante, AES67, or AVB/TSN enabled versions of the M3 tri-element hanging microphone, the steerable flush-mount M70, and the M55 and M40 hanging ceiling microphones.

“At Audix we have been pioneering ceiling microphone solutions for conferencing, distance learning and other zone capture applications for over a decade now,” says Gene Houck, Director of Sales at Audix. “We are proud that we offer the widest selection of ceiling microphone models available in the industry today.” Although Dante is by far the most widely used digital networking platform, Audix covers the full spectrum of customer digital networking preferences by also offering the streaming interoperability of AES67, and support for IEE 802.1 standards developed for Audio Video Bridging / Time Sensitive Networking. “Giving our customers the unique choice of Dante, AES67, or AVB/TSN enabled microphones is a natural next step that we are excited about,” added Houck. “Look for an expansion of this offering with our desktop microphone solutions in the coming months.” 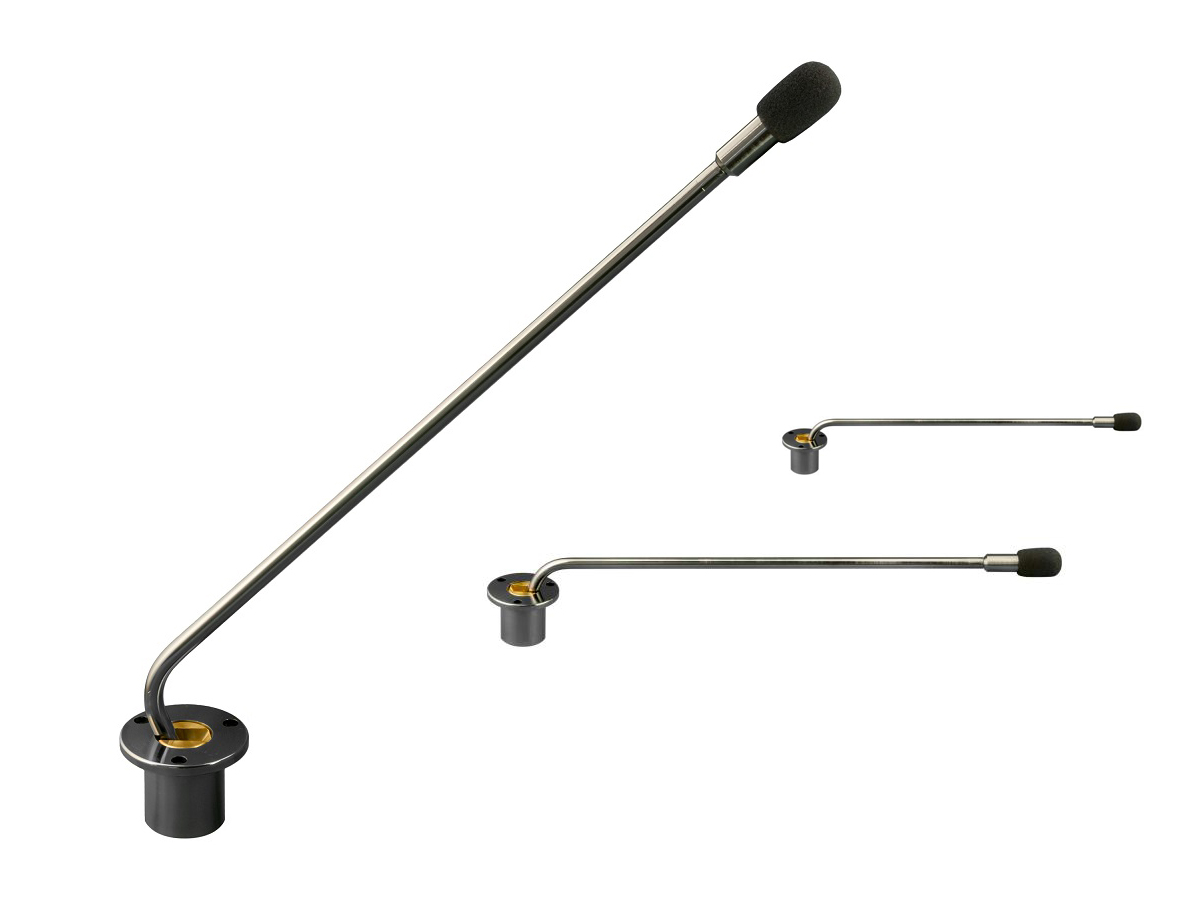 And talking about desktop microphones, Audix unveiled at InfoComm 2018 the new M65 desktop microphone as part of its line of installed sound microphones. The M65 is an alternative to a standard gooseneck microphone for education, conference rooms and government applications. The M65 features a Micros hypercardioid condenser capsule with rigid tube construction, an innovative socket swivel mount and exquisite black nickel-plating. When the microphone is adjusted to the desired position for speech, the M65’s design provides a much quieter and smoother motion than conventional gooseneck microphones. When not in use, the M65 can be simply laid horizontally for an unobstructed view. Built to withstand daily use, the M65 also comes with an attached foam windscreen to reduce plosives.

“There was a demand for a rigid tube, desktop microphone solution to replace a model discontinued by another manufacturer,” explains Gene Houck, Director of Sales at Audix. “When multiple microphones are in use at the same time, the rigid tube design, as opposed to a gooseneck design, ensures more predictable placement for more uniform gain structure. We are also excited about creating a modern design to the old ball and socket swivel mount.” 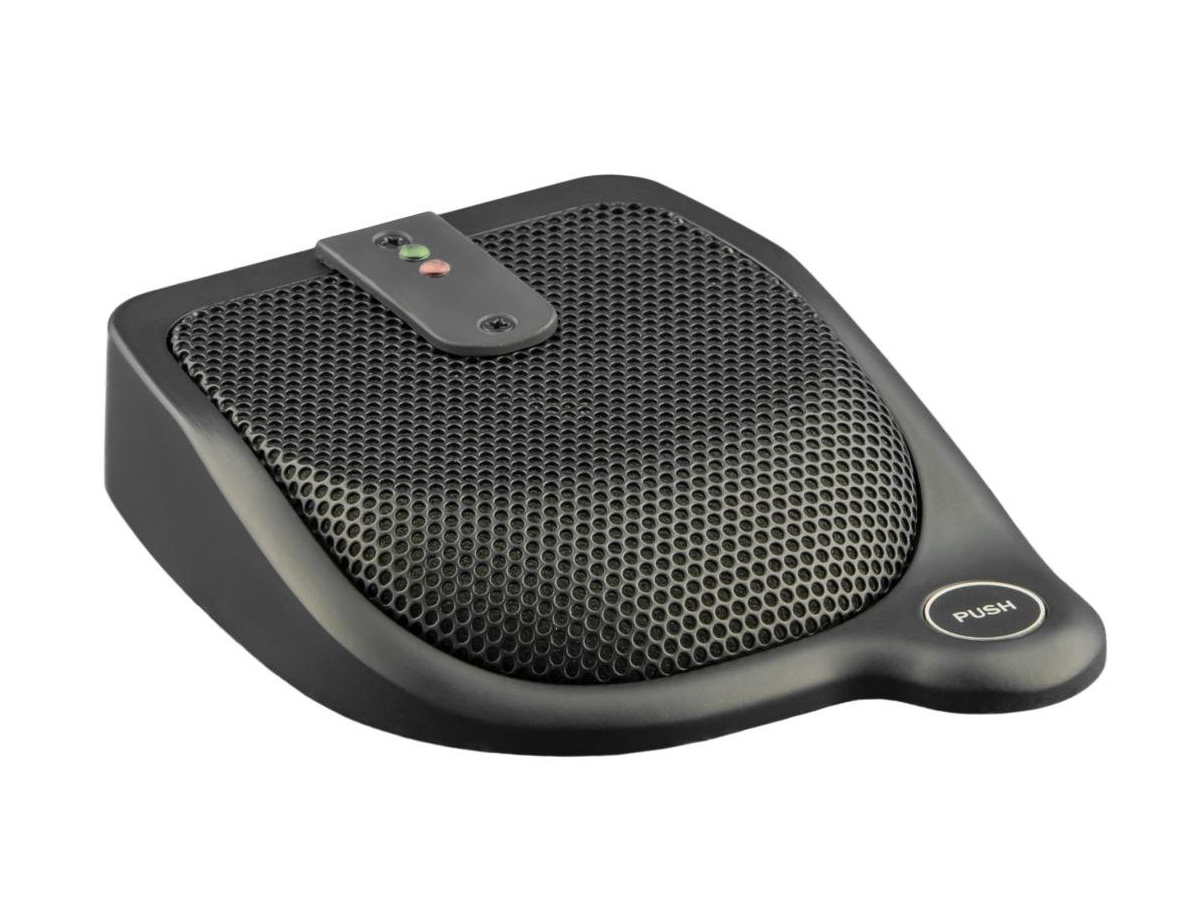 Another addition to Audix' line of installed sound products is the new M63 boundary microphone. The M63 features the brand's The Micros series technology hypercardioid condenser capsule that rests in an industry-exclusive, patent-pending internal shock-mount suspension system. The design is optimized for voice clarity and designed with logic remote or local programmable on-off switching and dual color LED status indicators, and off-set button for interference-free operation, as well as a tail-out or tail-down cable exit to accommodate a variety of installation or mounting requirements.

“The M63’s proprietary technology and other features are the direct result of listening carefully to our customers and working to address the challenges they face with innovative products,” says Gene Houck, Director of Sales, Audix. “It’s a philosophy that has allowed Audix to establish a loyal following in a highly competitive industry.”
www.audixusa.com
related items