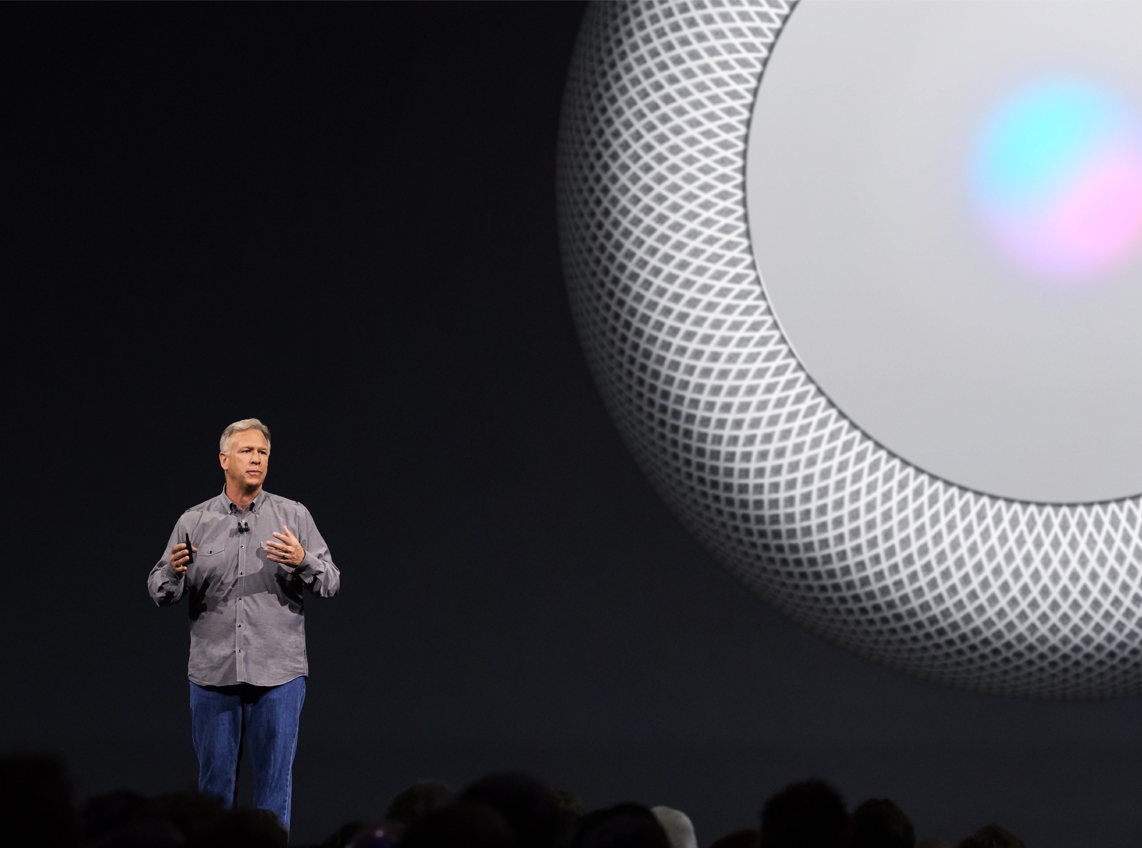 The WWDC 17 keynote was so full of content that even Tim Cook had to dispense with the usual corporate updates. In quick succession, during more than 3 hours, Apple's executives made all the expected operating system update announcements for all current Apple platforms, revealing several mind-boggling implementations in software/hardware optimizations, graphics acceleration, adoption of new more efficient formats and codecs for video and photography (nothing yet on higher-quality audio formats), and updates on all APIs and SDKs.

The presentation opened with the announcement of new updates on TV OS for Apple TV, which will soon feature Amazon Prime content. For the market-leading wearable that is the Apple Watch, there was the announcement of the new Watch OS 4 (for all existing models), now featuring Bluetooth Core support for device to device interactions, including person to person payments.

One of the most extensive announcements focused on new features for macOS High Sierra, the operating system update for all Mac computers, which is both a consolidation of the existing OS and one of its most important evolutions. It features a much faster Safari browser with 80% faster support for Modern JavaScript, and much-welcomed features such as Autoplay Blocking and Intelligent Tracking Prevention; Mail, compresses data more efficiently taking less storage space; Photos now syncs layers with Photoshop and other image editors and supports printing services with third party support inside Photos. But the most important update, which was already quietly and efficiently implemented in iOS for mobile devices was the implementation of the new Mac File System, Apple File System APFS, replacing the old HFS with features optimized for cloud and multi-device support. macOS High Sierra also gains support for H.265 video, powerful graphics acceleration with GPU Metal 2 (10x improvement) and most importantly, Metal for external graphics via Thunderbolt 3, finally allowing for much powerful external graphics on all Mac computers - which many criticize because “you cannot swap graphics cards.”

On the hardware front, Apple updated all its current line of computers with new Intel 7th Generation (Kaby Lake) processors, now featured on a new generation of iMacs with much better specs and Thunderbolt 3, while also updating all the current generation MacBook and MacBook Pro laptops. The new iMacs will be of particular interest for audio professionals, now allowing for up to 64 GB of RAM on the 27" model (5K screen), 50% faster SSD storage up to 2TB, 80% faster graphics... and lower prices across the line. For studios, given the possibilities of Thunderbolt 3, USB-3 and Ethernet connectivity, it's all they need. 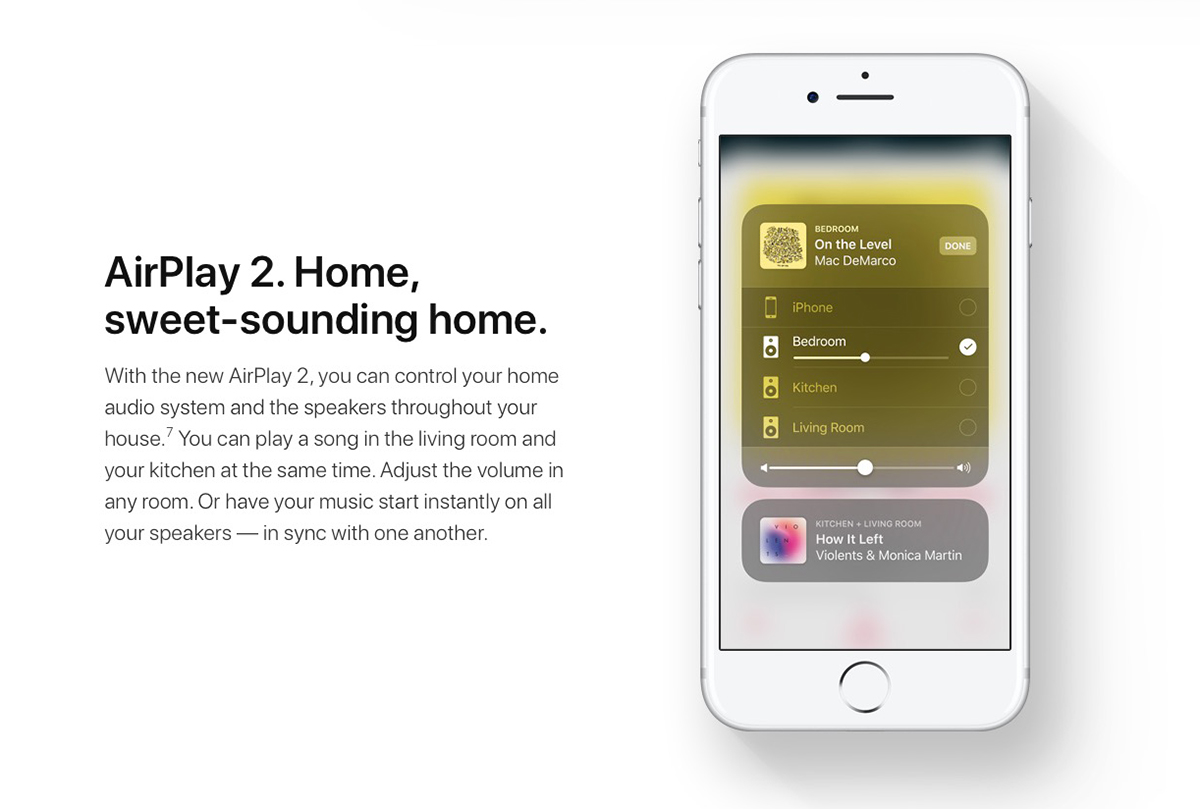 For those creative professionals that actually need all the power they can get, Apple announced a new iMac Pro workstation-class configuration that should be available at the end of 2017. Different from the current iMac line with a distinct dark grey finish, this will be "The most powerful Mac ever", as Philip Schiller, Apple’s senior vice president of Worldwide Marketing, called it, featuring processor options from Intel's latest 7th and 8th generations, from an 8-core Xeon processor all the way to the latest 18-core Intel Xeon processor. The new iMac Pro's will also feature AMD Radeon Vega graphics with 16GB VRAM, up to 128 GB of EEC RAM, 4TB SSDs, 10Gigabit Ethernet connectivity and, most important, two Thunderbolt 3 controllers. Prices will start at $4999 - available December 2017.

Next up was a long series of announcements on iOS 11, highlighting the introduction of person to person payments with Apple Pay (many creative professionals will like this...), new Siri voices, new Siri translation from English to five other languages, support for HEVC video (essential for 4K video) and HEIF format (allowing for half the size photography - and no, this is not proprietary, it is effectively an MPEG standard, defined by MPEG-H Part 12 (ISO/IEC 23008-12)). Of course, iOS brings a lot of other improvements and new functionalities, which are not very relevant in this context.

Of great importance for audio professionals – unfortunately with very few details supplied for now – was the revelation of a long-overdue update to the AirPlay wireless technology. Supported on all Apple hardware – and according to Phil Schiller, compatible with most existing wireless speakers – AirPlay 2 mainly focuses on whole-home audio and multiroom support. All we know so far is that the updated AirPlay 2 technology allows users to control entire home audio systems, supporting advanced sync modes between devices, so that the same song plays in multiple speakers in multiple rooms, different songs in different rooms, and support speaker pairing. We will continue to explore the topic.

And off we go... HomePod
Everyone knew Apple was going to announce a voice-connected speaker powered by Siri. So, no surprises there. What truly surprises in the announcement, considering they've been working on the project for so many years, is that it is a very simple proposition that focuses on doing well what it does - typical Apple. Also, more importantly, on what voice is concerned, Apple doesn't try to confuse consumers. It clearly states that far-field Siri control will only be recognized in English language – and that's the reason why the new HomePod will be only launched in the US, UK and Australia to start with. 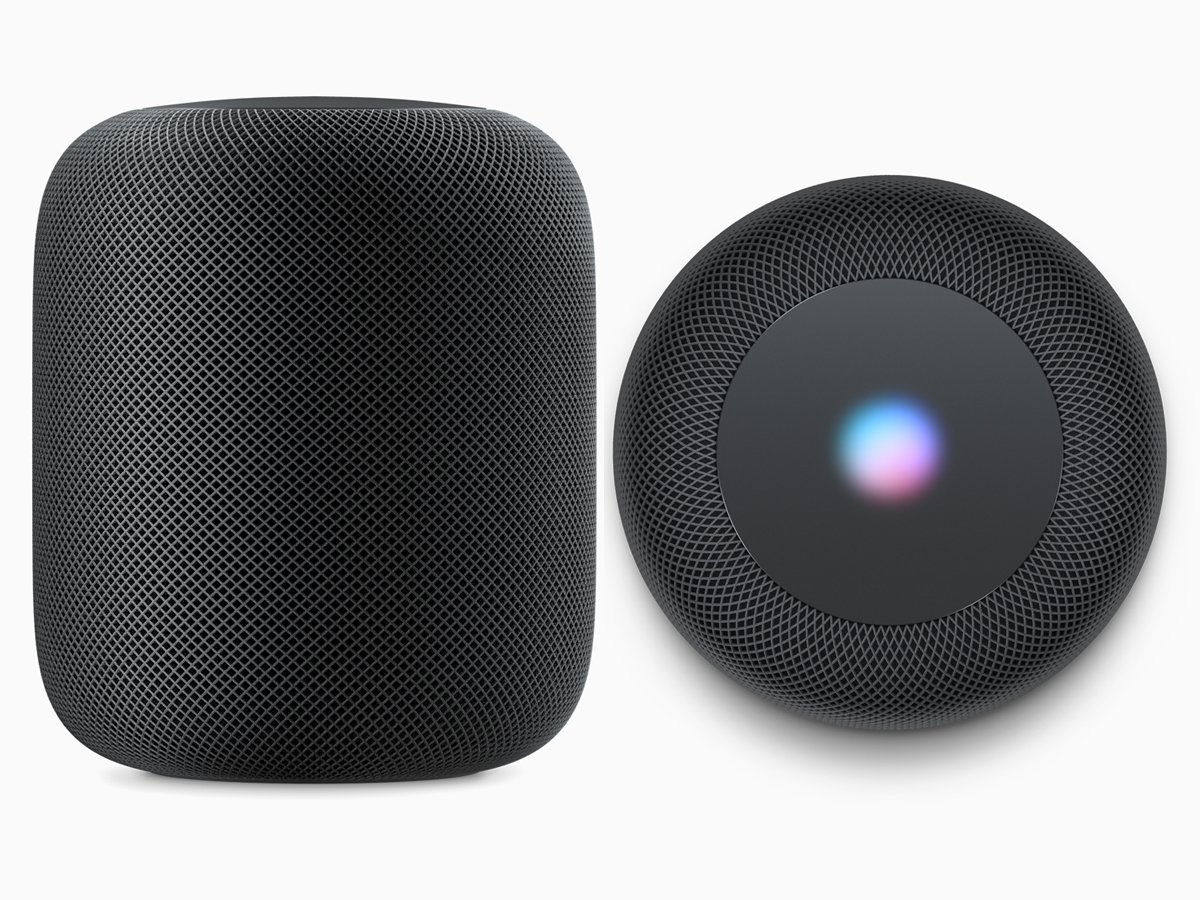 The new Apple HomePod is a high-quality wireless speaker for the home that shamelessly makes use of all the best available technology that the audio industry has been developing for the past few years and that we can find in multiple existing speakers and audio devices, only effectively integrated into a relatively affordable system costing USD $349. The HomePod uses "spatial awareness" to sense its location in a room and automatically adjust the audio - that is, using the same far-field microphones that are used for voice control, to send information that is processed internally by an A8 processor, and consequently tunes the DSP processing to optimize the built-in drivers. As Apple describes it, managing all variables through real-time software modeling that ensures the speaker delivers the deepest and cleanest bass possible, with low distortion. 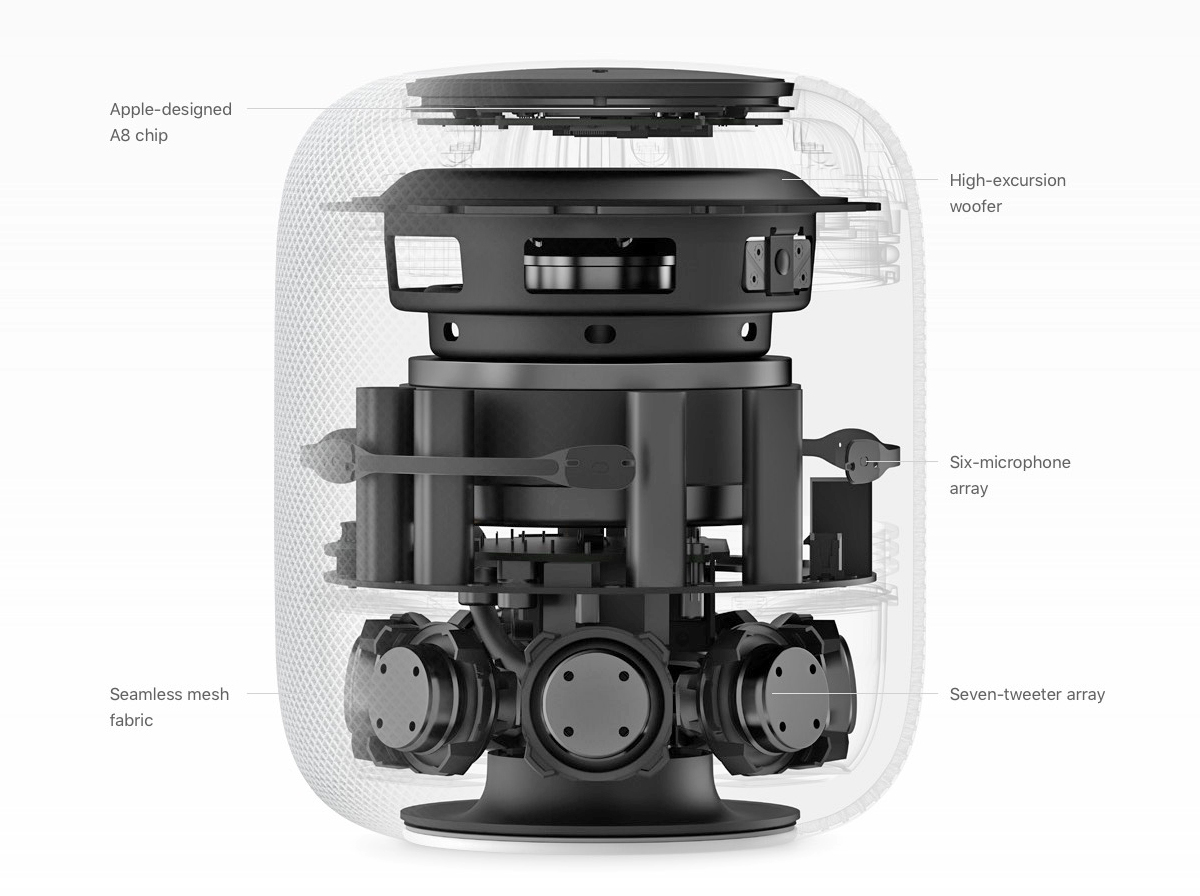 On the electroacoustic design, the HomePod features a large, Apple-designed high-excursion 4" upward-facing woofer powered by its own custom amplifier, and a custom array of seven beam-forming tweeters, each with its own amplifier, and with a bottom dispersion waveguide that provides incredible directional control and powerful reproduction across the entire spectrum. Combining the described "automatic room-sensing technology," the HomePod can quickly learn its position in a room, and within seconds, optimize the driver's response to deliver the best possible music listening experience. Apple details the use of an internal low-frequency calibration microphone for automatic bass correction, with direct and ambient audio beamforming. Also, according to Apple, the HomePod features automatic detection and balance of two speakers using both "direct and reflected audio". We don't know if this means that it supports true stereo with two paired speakers, given the dispersion characteristics. 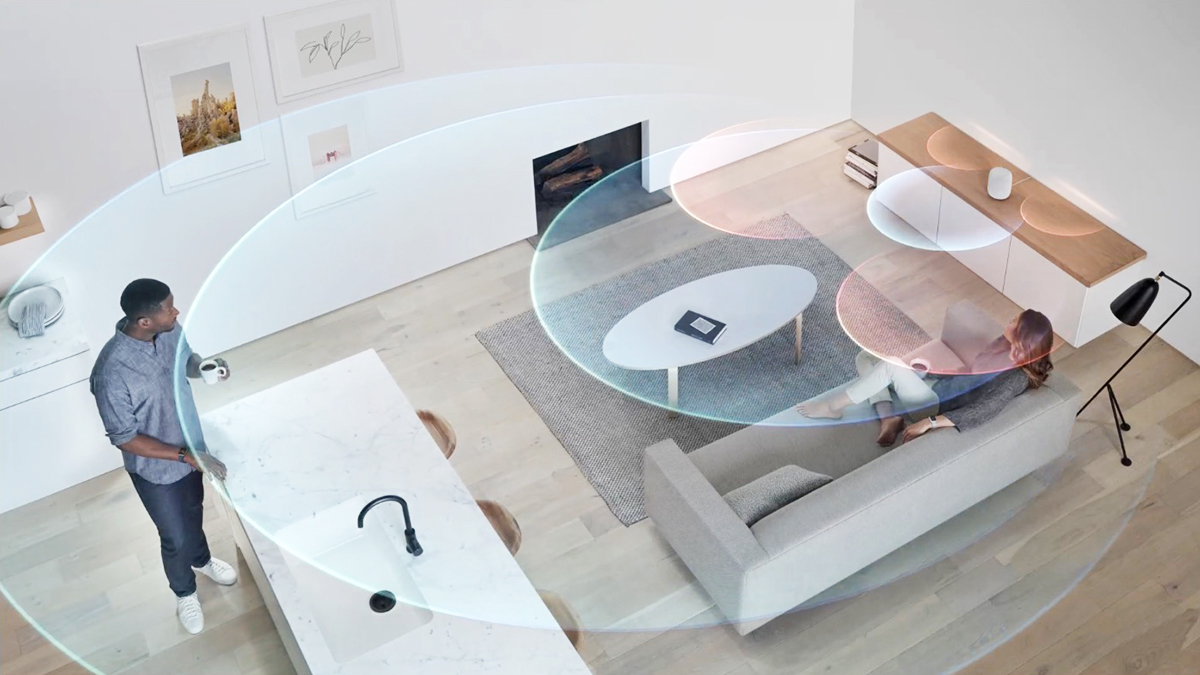 Of course, the new speaker was "Designed to work with Apple Music," and provides deep knowledge of personal music preferences and tastes and helps users discover new music. Setup is done by simply holding an iPhone next to a HomePod. It was designed to leverage voice control with an array of six microphones, so users can interact with it from across the room, even while loud music is playing. The microphone array uses advanced echo cancellation to enable Siri to understand people whether they are near the device or standing across the room, even while loud music is playing. It only activates when the user says “Hey Siri, and all information is sent encrypted for processing, and uses an anonymous Siri identifier. But since Siri is the first voice personal assistant that truly leverages artificial intelligence, it will be able to understand complex commands and natural language. According to Apple, Siri can handle advanced searches within the music library, so users can ask questions like “Hey Siri, who’s the drummer in this?”. As a home assistant, HomePod is also a great way to send messages, get updates on news, sports and weather, or control smart home devices via HomeKit. It also takes the place of a home hub, providing remote access to home automation through the Home app on iPhone or iPad.

“Apple reinvented portable music with iPod and now HomePod will reinvent how we enjoy music wirelessly throughout our homes,” says Philip Schiller. “HomePod packs powerful speaker technology, Siri intelligence and wireless access to the entire Apple Music library into a beautiful speaker that is less than 7 inches tall, can rock most any room with distortion free music and be a helpful assistant around your home.” 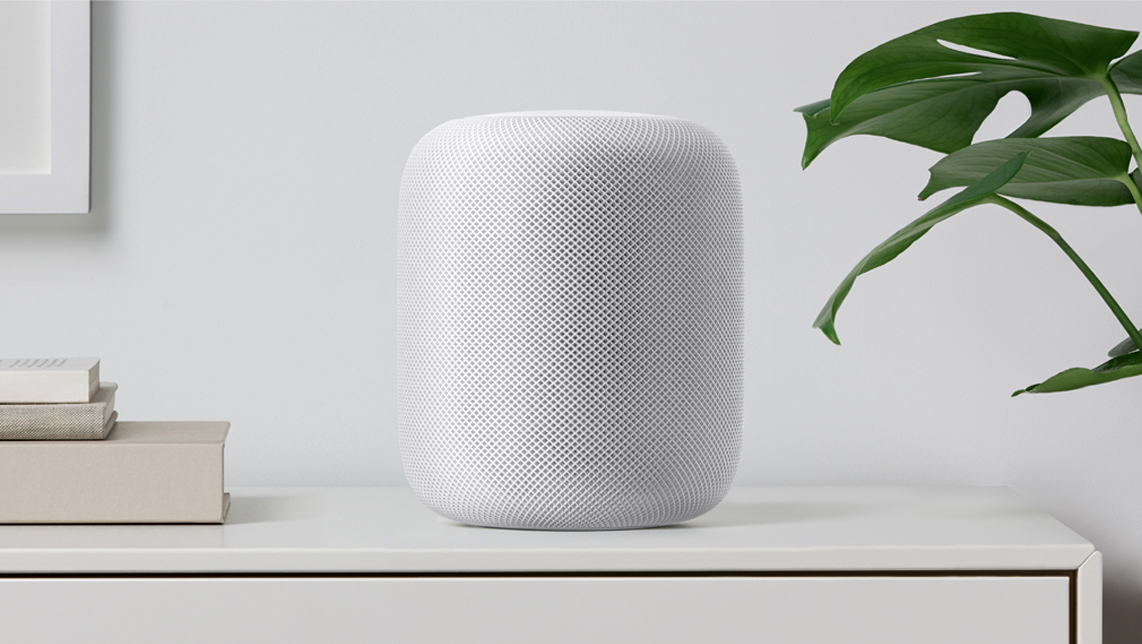 The HomePod design is deceptively simple, with a top area for touch controls/navigation, and a display showing a Siri waveform when voice-recognition is engaged. It will be available in white and space gray using a seamless mesh fabric. It supports 802.11a/b/g/n/ac Wi‑Fi with MIMO and multiroom speaker support with AirPlay 2. The only wire is the power cable.
www.apple.com
related items