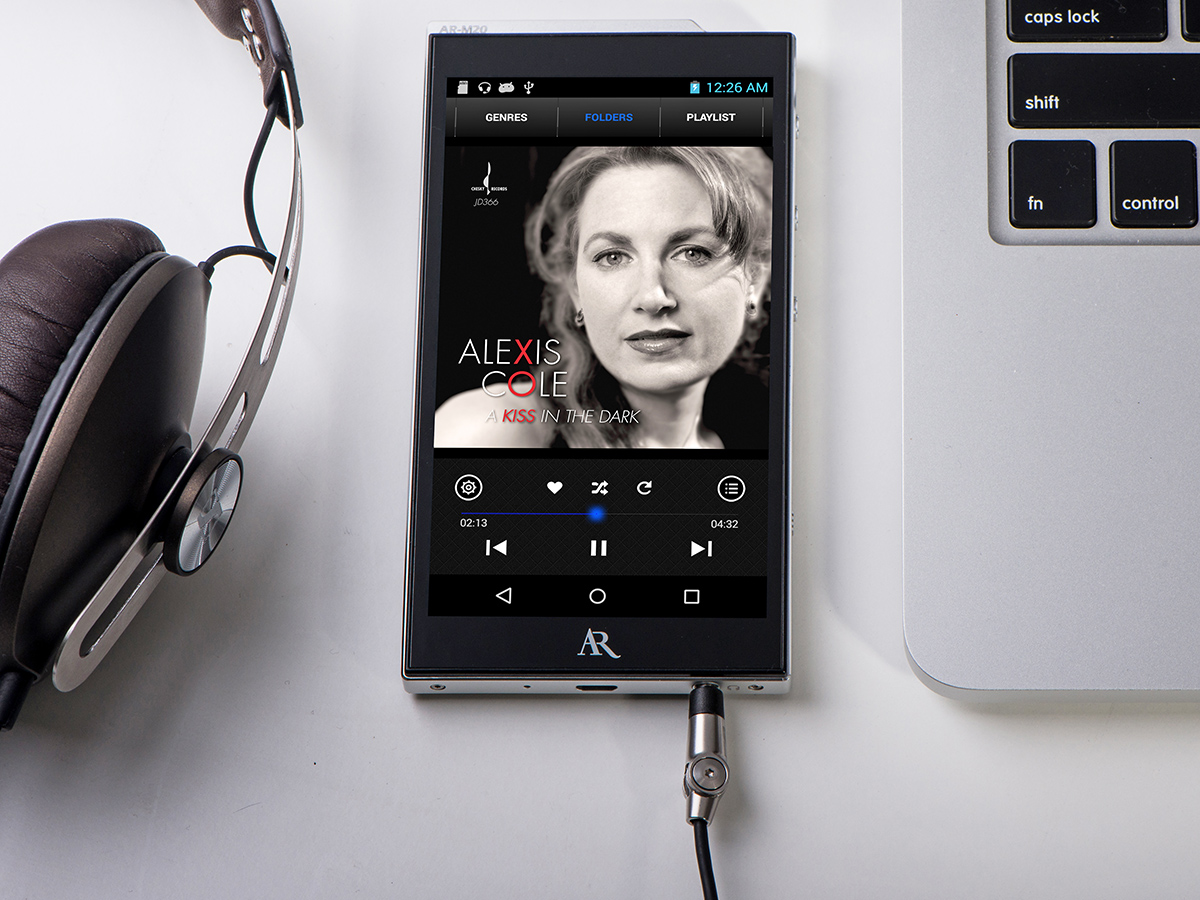 Ever since Apple discontinued the iPod Classic it seems the world almost forgot the once-booming market of portable digital music players. Apple still sells the now nearly-forgotten iPod touch, nano and shuffles, but the reality is the mainstream market now uses smartphones as mobile music players. Still, all over the world an indomitable group of people stills favors dedicated music players able to play uncompressed or very high resolution music files, or able to carry almost their entire music libraries. Most of those dedicated audio players mostly resemble heavier smartphones now, featuring the same type of touch screens and differentiate mainly because of their audio specs.

After buying one of those digital players, users really need to stay away from following technology publications, otherwise they will quickly start to to get nervous and question the investment. Smartphones improve their specifications at an incredible pace and some even feature high-quality dedicated audio circuits and as-good-as digital to analog converters. Compared to Apple’s products, there’s also a rather important caveat. The need for those digital players to be able to synchronize with computers, music stores and music services, depending on an updated operating system and software - basically, one of the main advantages of smartphones.

With those considerations in mind, audio manufacturers who continue to design and manufacture dedicated digital music players also know they have to continuously improve their products, even if not at the same pace as the mobile industry does with smartphones - because after all, audio enthusiasts are also interested in the long-term value of their investments. Still, how can you keep those products relevant and competitive when smartphones are raising the bar continuously? The answer is, by keeping up with the most important features that make smartphones convenient and appealing to consumers, while making sure dedicated digital audio players stay ahead in terms of quality and capabilities for the thing that matters the most to their users: the music.

Compared to the previous AR-M2 DAP, Acoustic Research’s new M20 is not only slimmer and lighter, we can even say that it follows a “slimmed-down” approach. Instead of upgrading the previous player and introducing new features, the company is offering a more affordable hi-res player that has “most of the great audio stuff,” in their own words. Because Acoustic Research believes its concept already sounds better and offers more driving power than its class competitors.

As they state: “The technology transcends the price point, focusing on performance rather than ‘features’ The design is purely audio-focused, with a serious Burr-Brown DAC, Twin Crystal Clocks, a high power current feedback headphone amplifier, expensive POSCAPS, a high-quality Linear power supply with up to 16 hrs battery life and lots more.” That “lots more” is in fact less, since to be slimmer (10mm thin), lighter (177g) and more affordable, the M20 features a 3150 mAh battery, versus 4200 mAh on the M2, and reduces the internal memory from 64GB to 32GB. So, no chance of storing your full music library - and much less a very large collection of hi-res files by that matter.

Still, the AR-M20 offers decent music control and full cover art experience, featuring a 5-inch IOPS HD touch screen. As the brand explains, it “shares the same philosophy, no frills, no spec wars, no exaggerations, just simply superb sound quality. The AR-M20 offers twice the headphone output of most competitors, delivering compatibility with the widest range of in-ear monitors and all but the most difficult to drive full-size headphones.”

The AR-M20 shares what the company calls its second generation M-Class Hi-Res Audio Platform with the M2. As they explain, “unlike typical CPU-centric music players, the audio system in M20 acts as the clock master and the CPU acts as a slave. Jitter error from CPU is significantly reduced and extreme accuracy in audio is prioritized.” The M20 is also powered by the same Qualcomm quad-core processor as the M2. And because the development of such audio dedicated platforms in fact needs to share most of the technology from smartphones - because of the mentioned software and services compatibility - the M20 runs a heavily modified Android OS for user interface and control. Still, as Acoustic Research highlights, the company created “a dedicated Hi-Res Lossless path that bypasses the Android OS,” which is needed “to deliver better sound.” This, in turn, forces users to update their units exclusively through the company’s own firmware upgrade program.

Otherwise, the AR-M20 offers a solid dedicated platform to enjoy music, supporting Wi-Fi wireless streaming from services such as Spotify, Tidal or Qobuz, with internally-stored files supporting all high-resolution audio up to 24-bit/192kHz in FLAC, ALAC, WAV, or AIFF formats, plus DSD64/DSD128 and DXD - as well as obviously all standard compressed formats. Of course we will not be carrying many DSD128 music with us, considering a single stereo album in that format is around 4 to 6GB!… 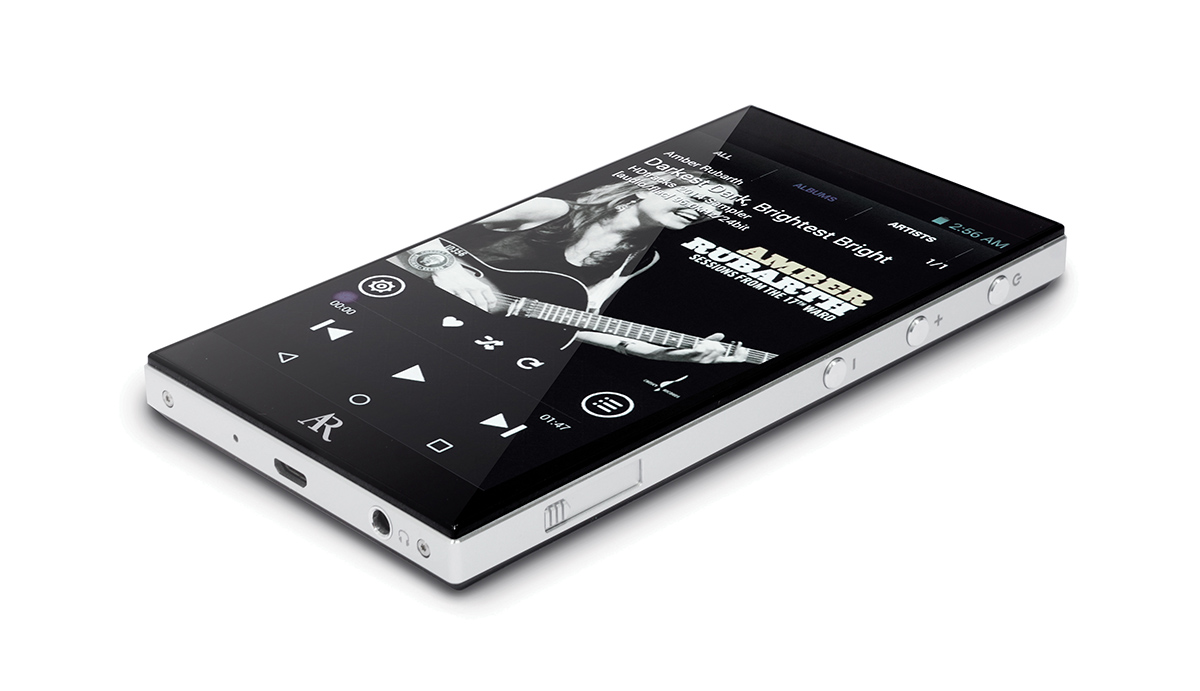 As a dedicated player, the AR-M20 offers an internal digital signal processor with EQ and effects options (normally switched off) and users get the benefits of carrying a robust high-precision aerospace-grade aluminum metal device that also uses bullet-proof glass on the back. 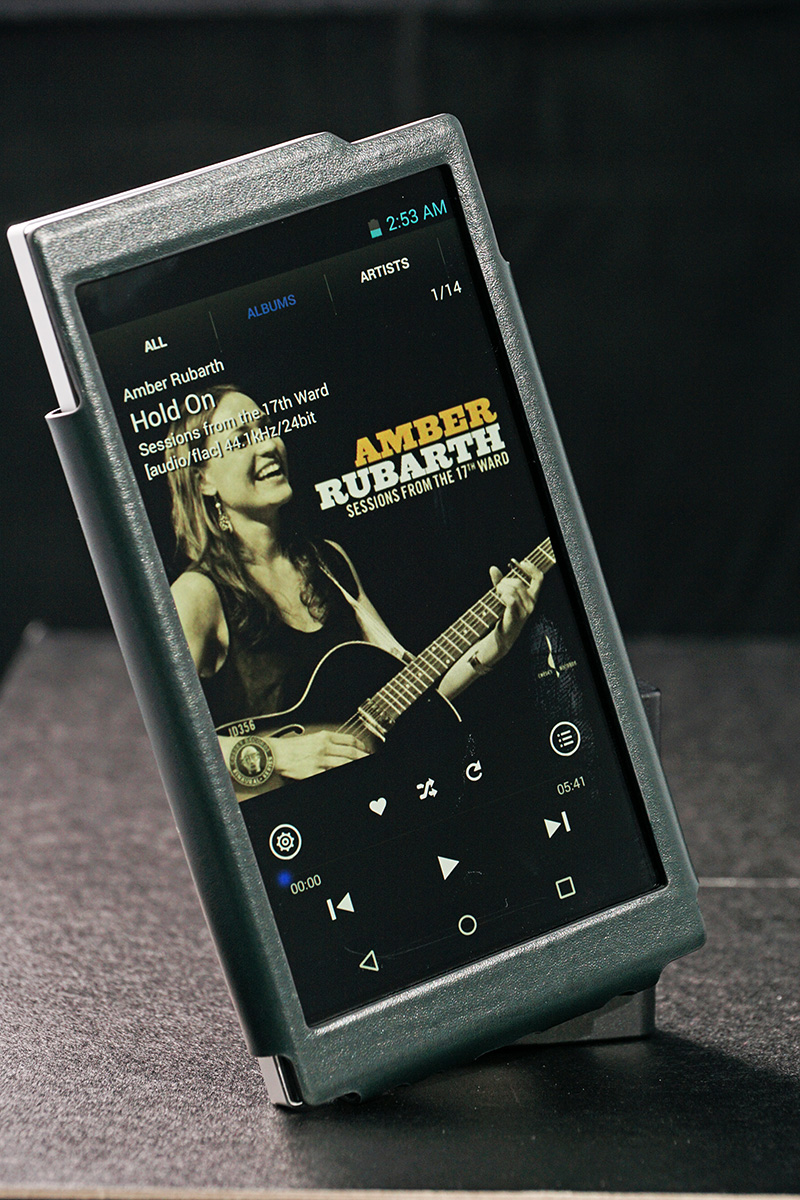 The asking price for the Acoustic Research M20 Hi-Res DAP is $699 USD - but you need to consider adding a decent SDXC memory card (around $120 for 256GB). It is still less than an iPhone 7 with 256GB internal memory, but until Apple decides to support high-resolution audio formats, that’s what it takes to be an audiophile.
www.acoustic-research.com
related items