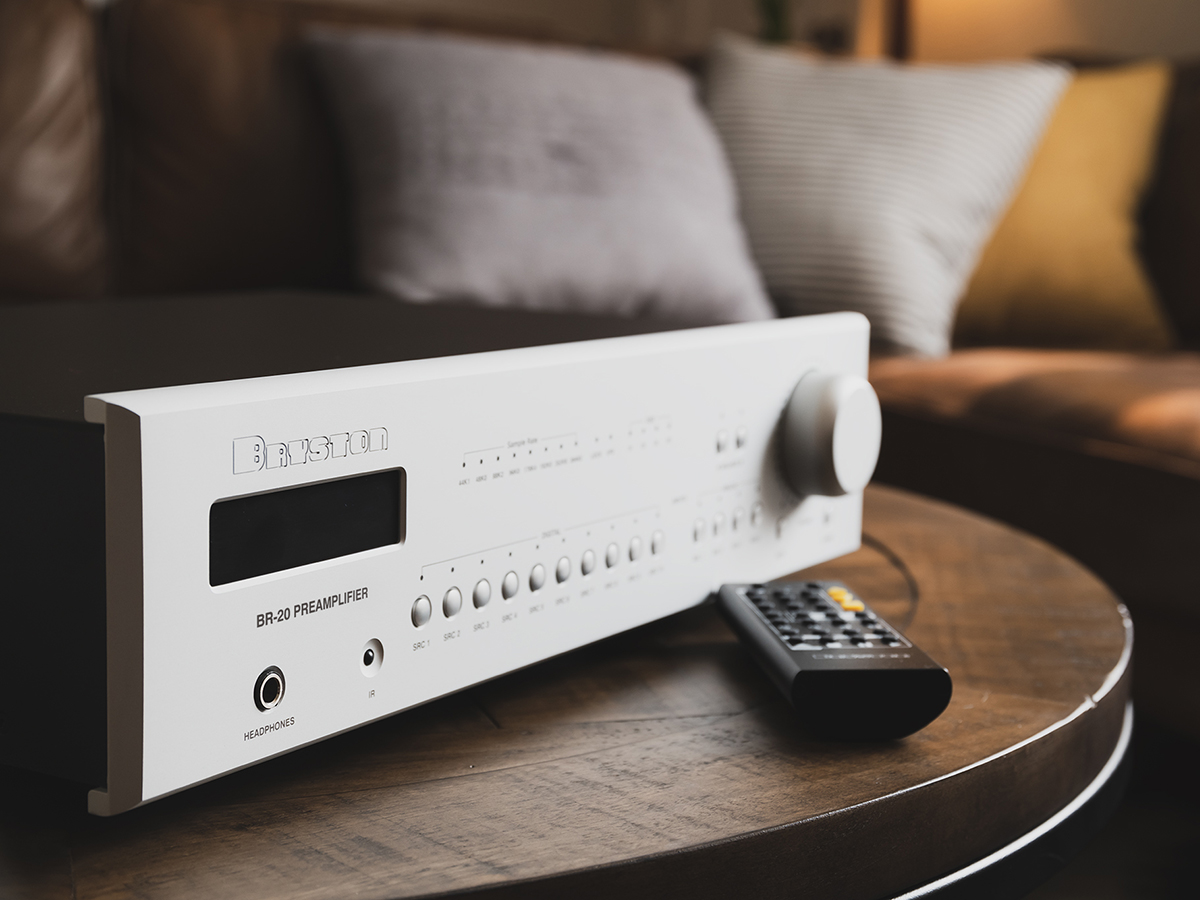 The BR-20 breaks new ground, merging Bryston’s brand new, best-ever analog preamplifier with DAC and bit-perfect high-resolution streaming capability, allowing to connect up to 14 analog and digital source components, plus built-in high-resolution streaming from Qobuz, Tidal, and access to existing file libraries. Initially called the BP-18, the BR-20 nomenclature was chosen to honor Bryston President Brian Russell, who passionately devoted his life to the Bryston brand and passed away in September, 2020.

"Our new BR-20 preamplifier offers a never-before experienced degree of audio clarity, transparency and detail, along with tremendous flexibility in handling every kind of audio signal; analog or digital. I know my brother Brian was very proud and excited about the things we have been able to accomplish with the BR-20, and we are also proud to name it in his honor,” says Chris Russell, Bryston CEO and Technical Supervisor.

The BR-20’s analog preamplifier is a byproduct of years of R&D that resulted in the development of an optimized discrete buffer amplifier capable of delivering a staggeringly low THD+N measurement at or below 0.0006%. The analog signal path is a fully balanced design, using an array of very tightly matched components and a compact circuit design to achieve the lowest possible noise and superior common mode rejection. A ring of small LEDs grace the perimeter of the volume knob, clearly and elegantly indicating output level.

The BR-20 also features Bryston’s most advanced DAC and digital player/streaming platforms, giving listeners the best possible performance from any source. Users can access high-resolution content from up to seven external sources plus the internal digital music player that offers TIDAL and Qobuz streaming capability. Connectivity for an additional four HDMI sources becomes accessible when using the optional HDMI card. The internal DAC can decode PCM up to 24-bit/384kHz and DSD256 (DSD x4), and it even has the capability to decode DSD over HDMI.

With the BR-20’s optional HDMI card, users can connect a compatible SACD player over HDMI to achieve the purest signal reproduction and best sound quality utilizing the player’s onboard decoders. Furthermore, if the Hi-Fi shares living space with a video system, users can connect 4K and HDR sources such as an Apple TV, Blu-Ray players and more to the BR-20, while passing the high-resolution video through to their monitor or projector. The bit-perfect digital music player inside the BR-20 ensures the smoothest possible user experience along with the ability to effortlessly manage large music libraries thanks to gigabit Ethernet, more RAM and the addition of USB 3.0 connectivity for external music storage. The BR-20’s built-in music player will natively pass PCM up to 384 kHz and DSD128 to the DAC.

The new design includes elegant front panel controls plus Bryston’s user-friendly BR-4 hand-held remote. With so many inputs available on the BR-20, control options have been expanded beyond the front panel buttons. The BR-4 remote control can be configured by each user to command each source component, and a web-enabled phone or tablet can be used to adjust volume and change sources. Users can rename inputs and hide those not in use. For those who prefer a darkened listening space, the front panel LEDs and display can be dimmed or disabled. Smart home integrators will be able to explore the control over IP, RS232 and trigger input/output options.

Options for the BR-20 include a premium-quality Moving Magnet (MM) phono stage equivalent to Bryston’s outboard BP-2, available to be added for $1000 US MSRP, and the mentioned HDMI card, available for an additional $1200 US MSRP.

Bryston first opened for business in 1962 as a manufacturer of medical equipment. The company was purchased in 1968 by John W. Russell, an ex-NASA engineer. Together with sons Chris, Brian and John D., they first started exploring the field of accurate, reliable audio amplification in the early 1970s. Since that time Bryston has become legendary for their hand-built quality, superb performance and dependability under load in the home, professional and commercial markets. Bryston amplifiers are used in some of the world’s most renowned recording studios and owned by many discerning music professionals. And that's because Bryston applies precision manufacturing techniques and materials in the assembly of their electronic equipment that are more typically utilized by the military and aerospace industries. Bryston is based in Peterborough, Ontario Canada, northeast of Toronto, and is sold through over 150 dealers in North America and 60 countries worldwide.
www.bryston.com
related items