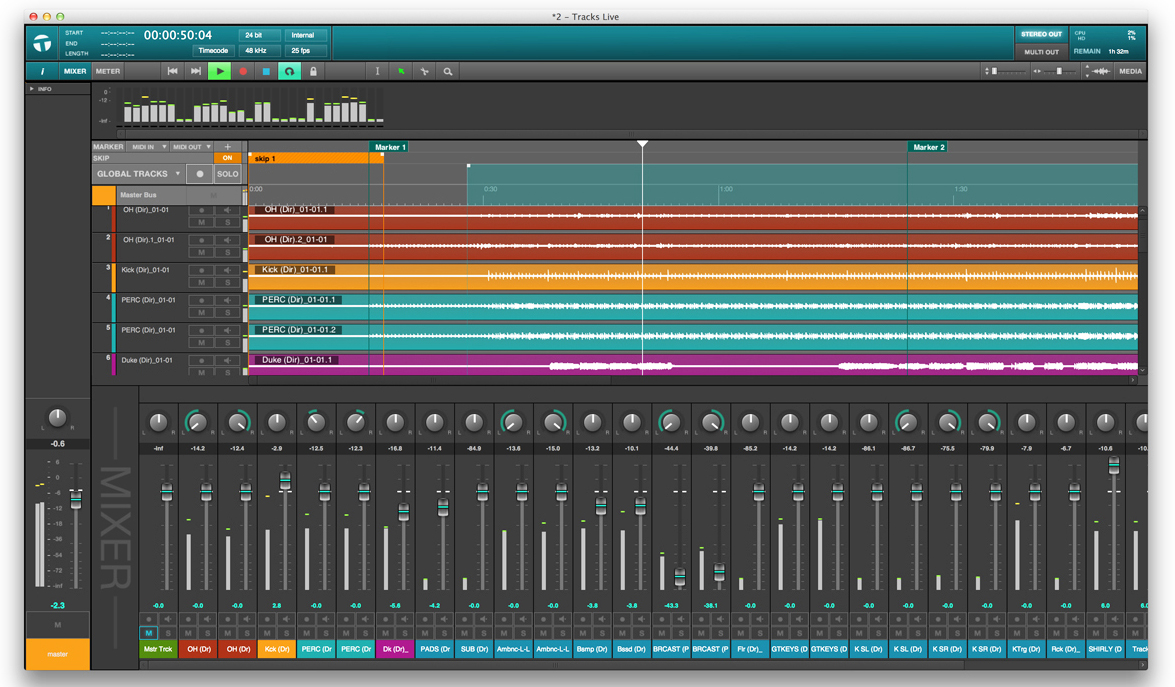 Following previous announcements and presentations of its live sound solutions, Waves Audio is finally shipping Waves Tracks Live, a multitrack recording software solution created with and for live sound engineers and designed to capture live performances of any kind, from the smallest gig to the largest production.

Tracks Live enables easy switching between stereo out and multi out modes, allowing to toggle back and forth between recording and virtual soundcheck with the click of a button. The automatic multichannel re-routing engine also adapts to any changes made on the fly, making it easier than ever to set up big shows with hundreds of tracks.

Designed with close attention to detail to ensure superior user experience, Tracks Live intends to make live recording process faster, easier and absolutely reliable. This ASIO/Core Audio-compatible application works with virtually any audio interface on Mac and PC, allowing to record and play back hundreds of tracks and supports sampling rates up to 192 kHz. It uses file formats compatible with all popular DAWs and features automatic track routing configuration with a meter bridge view for easy monitoring and system lock to protect against accidental key pressings. 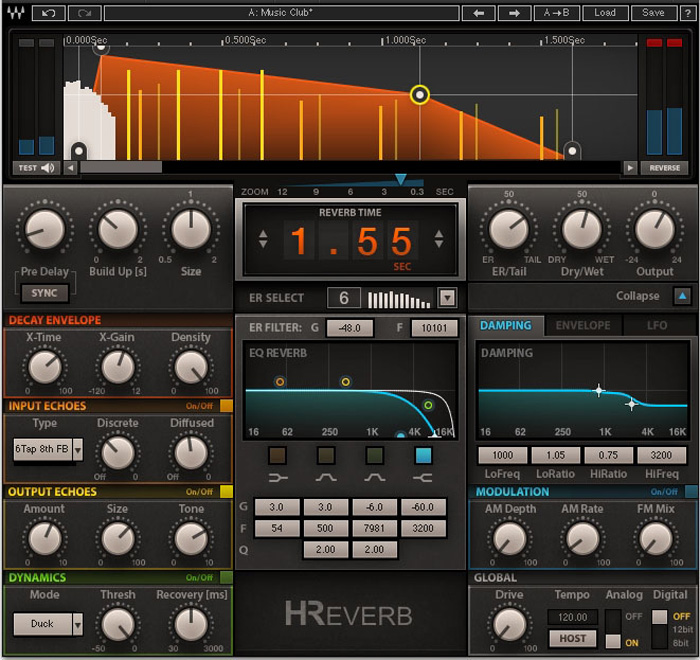 Waves Audio H-Reverb
Another interesting software solution from Waves Audio is the new H-Reverb plug-in, a pioneering reverb based on innovative Finite Impulse Response reverberation technology. According to Waves, this allows “richer, deeper reverb tails that sit beautifully in the mix while breathing crisp air into tracks.”

The plug-in lets users shape and customize the reverb decay envelope beyond the standard linear forms, resulting in perfectly gated, real reverse, and dense reverb tails that don’t muddy up the mix. Using Waves’ advanced analog modeling, along with a drive control, it offers signal behavior that until now was found exclusively in high-end hardware reverb devices.

This unique design also enables input drive, a technique favored by many top engineers. To top it all off, H-Reverb includes an impressive library of artist presets from the industry’s leading mixing engineers, as well as presets inspired by vintage and modern classics. All presets are fully customizable, allowing users to explore completely new effects, including distortion and bit-rate reduction plus advanced levels of decay and delay.

H-Reverb fuses classic reverb concepts with forward-thinking features like resonant filter sweeps for creating innovative reverb effects, an EQ and dynamics module for compression, ducking and de-essing, as well as ADA analog modeling and drive control. All reverbs can be tailored in terms of timing and shaping and the results can be synched with pre-delay BPM with support for full 5.1 channel surround setups.

The user interface follows the usual Waves Audio paradigm with simple to understand but sophisticated controls, clear visualization of the applied processing and a quick reference button to compare the original signal and the processed result. Following the programming stage, this user-friendly GUI is also enhanced with a collapsible version, suitable for quick access during mixing.
www.waves.com
related items