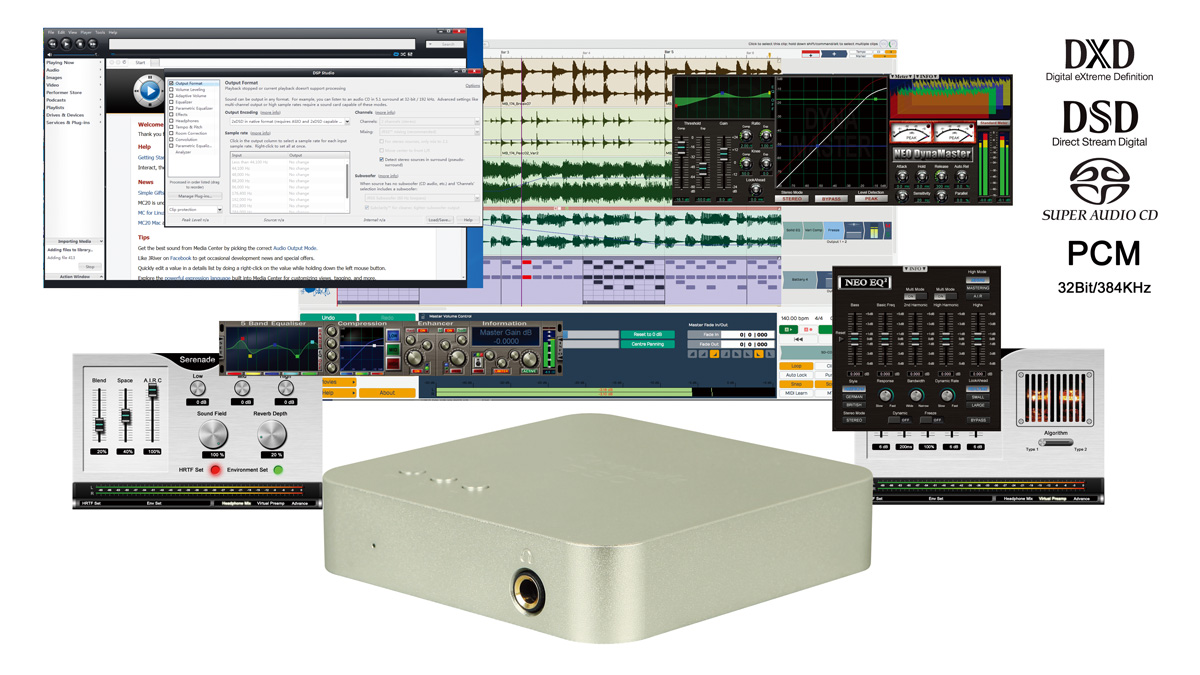 The solution addresses the DSD format, introduced in 1999 by Sony and Philips as a successor to the standard audio CD technology (PCM) for the Super Audio Compact Disc (SACD). DXD, which stands for Digital Extreme Definition and has a 24-bit /352.8-kHz resolution, is an alternative encoding scheme developed to aid in editing DSD. The solution specifies support for native playback of all DSD and PCM formats up to 384 kHz, and internal audio signal processing at 32-bit / 352.8 kHz or 32-bit / 384 kHz.

Sound Magic understood that most professional audio interfaces support only 24 bit at 192 kHz (maximum) and cannot support higher resolutions, nor do they have native playback support for the DSD format, which is very difficult to edit and process directly. The company also looked at the available solutions supporting DSD/DXD formats and understood they are far too expensive for most musicians and studios.

By providing a DAW and plug-ins that work at 32-bit/352.8-kHz and 32-bit/384-kHz resolution, Sound Magic’s solution provides nearly lossless conversion to DSD and makes DSD an editable format, allowing for mixing and mastering. The package includes a five band equalizer, multi-band dynamics, bass and high dynamic enhancer, a psychoacoustic harmonic enhancer, a brickwall limiter, and a spatial enhancer for mastering, including professional meters to monitor loudness levels.

The Serenade USB portable audio interface can be directly powered by USB and the whole solution was designed to work with a simple laptop since Sound Magic’s Plug-in Bundle was designed to require less computing power than desktop PCs even when working with 32-bit/384-kHz files. Sound Magic claims its Serenade Workstation running on modern laptops with a quad core CPU is able to mix up to 32 tracks in DXD/DSD.

Also, Sound Magic claims high-level specifications for its Serenade audio interface, using “reference grade” DACs with a dynamic range of 123 dB, a THD+N of –106 dB, and a headphone amplfier featuring a stereo crosstalk over 120 dB and a 300-mV output power. The high-quality bi-directional DSD and PCM converter has –138 dB THD+N, enabling users to convert PCM source files into DSD.
More information about the Serenade interface can be found here.

According to the company, the complete solution is available for $999. For the future, Sound Magic intends to release further extension modules, including a recording and surround module. The complete Serenade DSD/DXD/ high-resolution music workstation is already available through Amazon.com.