The PreSonus Studio 192 also acts as a studio command center, managing speaker switching and talkback (with onboard condenser microphone) and featuring main mix Mute, Mono, and Dim. The result is a comprehensive solution for advanced studio recording and monitoring. 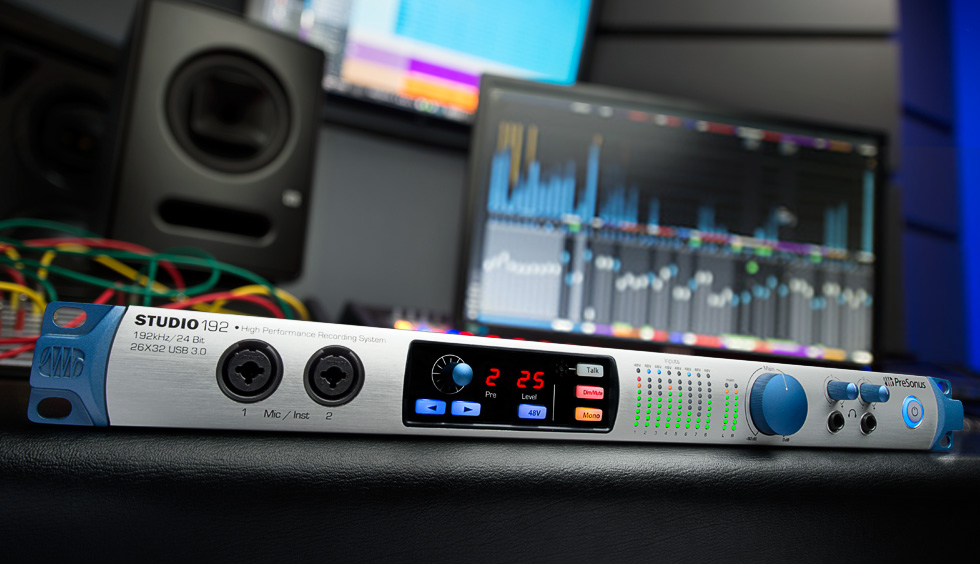 PreSonus’ innovative UC Surface touch-ready control software for Mac, Windows, and iPad is included, for easy management of all Studio 192 functions and quick creation of eight stereo monitor mixes with full Fat Channel processing on every analog input, plus reverb and delay.

Users of PreSonus Studio One DAW software will find full preamp control and zero-latency monitor-mix functions integrated into their recording environment. Studio One’s exclusive hybrid Fat Channel plug-in runs on the computer’s processor and seamlessly switches to the Studio 192 DSP. This allows users to monitor recordings with Fat Channel EQ and dynamics while switching between playback and recording with no audible change. 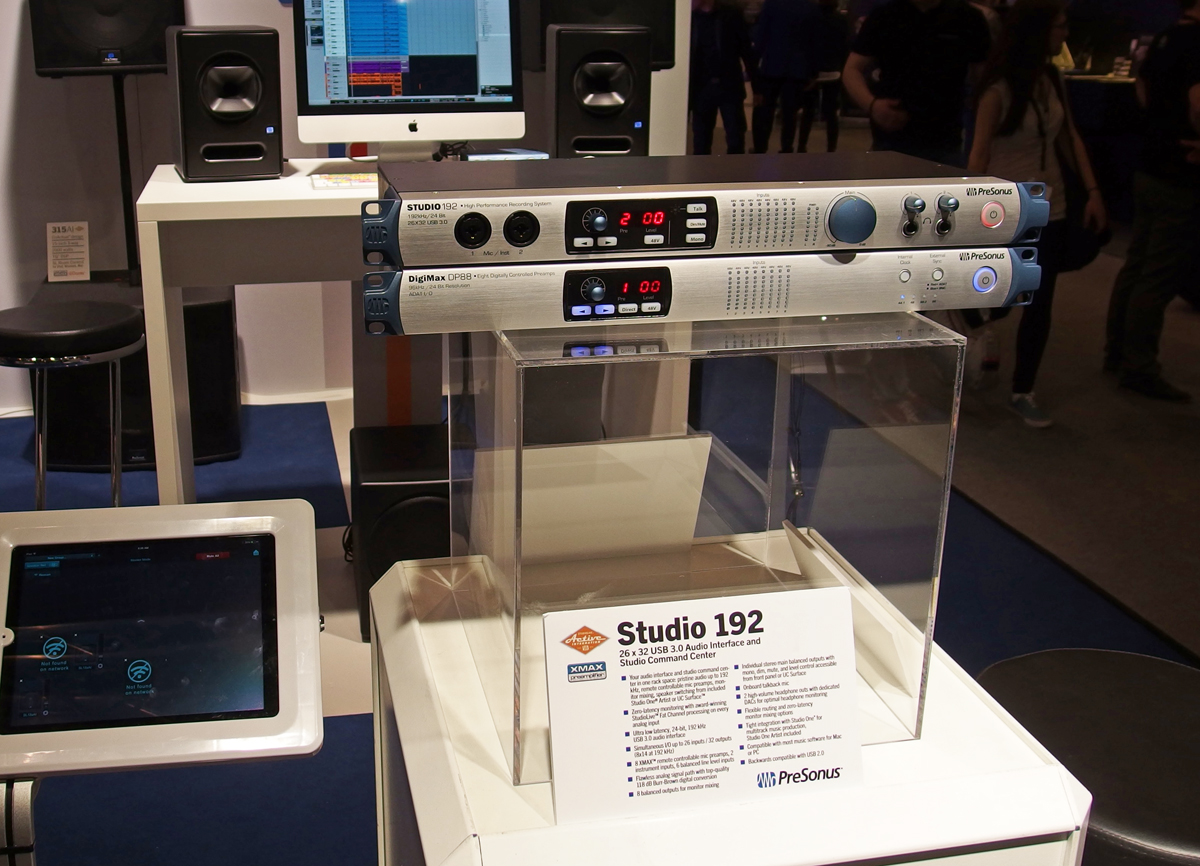 Introduced in StudioLive RM-series rack-mount digital mixers, PreSonus’ remote-controllable Xmax solid-state preamps use the same analog circuitry as in StudioLive AI consoles, but add a separate digital volume-control circuit for digital recall without affecting the sound quality. They can be remote controlled from the Studio 192 front panel, UC Surface control software, Studio One DAW, or any third-party DAW by simply setting up the Studio 192 as a standard MIDI device, allowing to store preamp settings with each session.

The Studio 192 was designed also to be the central hub for any studio. Mixes and the onboard talkback mic can be routed to any output, including the two headphone outputs. The outputs can be used for monitor mixing or for speaker switching. Onboard Dim/Mute and Mono options allow better control of the Main mix.