With an eye on 2016 commercial launch, Panasonic introduced a new prototype of its popular Technics turntable, which the company says will feature an improved Direct Drive system. At IFA 2015, Panasonic also promised “the lifestyles we all desire” with several new Technics audio components, among many new products in other categories.
Panasonic unveiled its latest products and technologies at the Internationale Funkausstellung Berlin (IFA) 2015, one of the biggest trade shows for consumer electronics and home appliances in the world, held in Berlin, Germany. 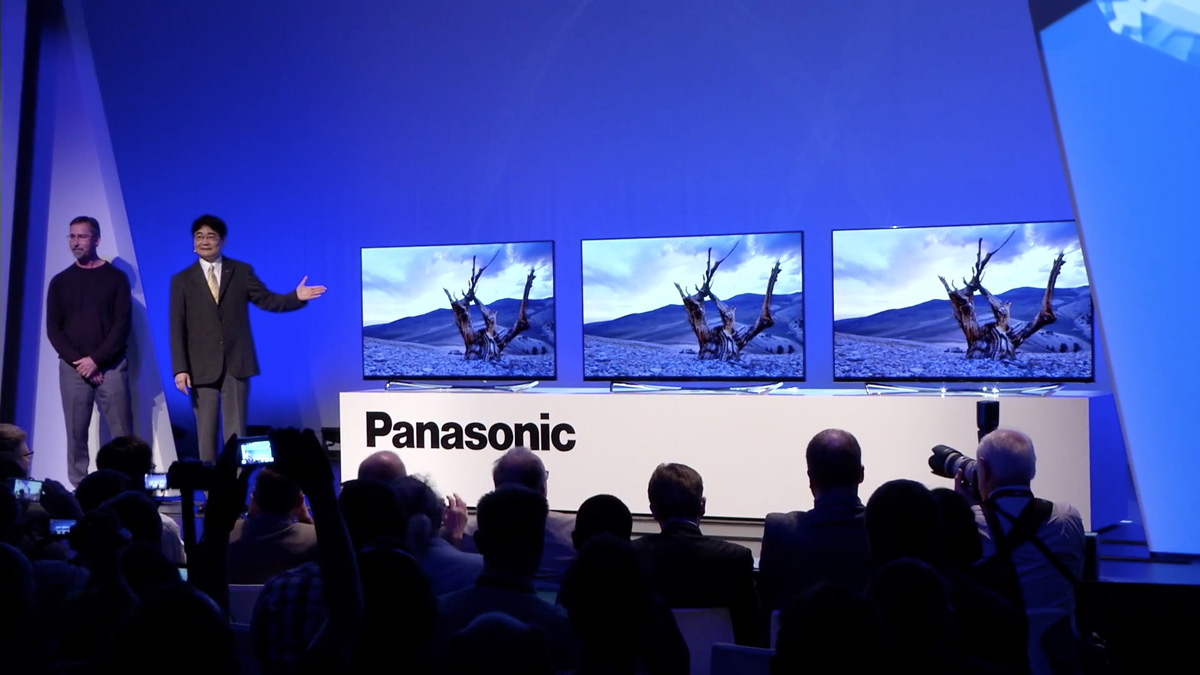 Under the theme of “A Better Life, A Better World,” Panasonic introduced its new lifestyle concepts featuring Panasonic’s wide range of products, from audio-visual equipment to home and beauty appliances. After all, IFA is the world’s largest show for kitchen appliances, now expanding increasingly into the smart home concept.

As part of Panasonic’s showcase for “Better Living Tomorrow”, the company focused on food preparation, family gathering, relaxation, and beauty and health, as technically possible within the next five years. These themes were on display at the company’s booth, presented in four living environments of the kitchen, dining room, living room and bedroom.

Among the living room novelties there is a new Smart Downlight, which will both light up a table and project images. Panasonic also shows an ambient display that automatically changes its size and brightness, depending on the information displayed on it. The display also features Rug Speakers - literally incorporated into the carpet - providing 6.1-channel surround sound with directivity control. Apparently, Panasonic doesn’t agree with Dolby’s vision of immersive audio coming from the ceiling…

In the living environment Panasonic also displayed a high-quality audio-visual space with 4K organic light emitting diode (OLED) TV, 4K home theater systems, AllPlay, SAT>IP (broadcast signal and IP conversion protocol) compatible equipment for home streaming and mobile monitoring cameras. The new TV is the amazing 4K VIERA (TX-65CZ950) with its jaw-dropping 65-inch OLED display and Firefox OS (great call from Panasonic not to be be Android-crippled like Sony) to be released in October in Europe.

Another highlight from Panasonic is the new Ultra HD Blu-ray Player, the first to be compatible with the next-generation Blu-ray standard, supporting 4K and High Dynamic Range. All the living-room products use the AllPlay protocol. This includes the new Panasonic SC-ALL5CD compact stereo system and SC-ALL2 wireless speaker system, among others, which use Wi-Fi and AllPlay to send uncompressed music to multiple systems around the whole house.

And if beauty is your focus, Panasonic proposes the ES-WH80 Intense Pulsed Light (IPL) Epilator and the 5-blade ES-LV95 Lamdash shaver. Just don’t use it to clean vinyl… 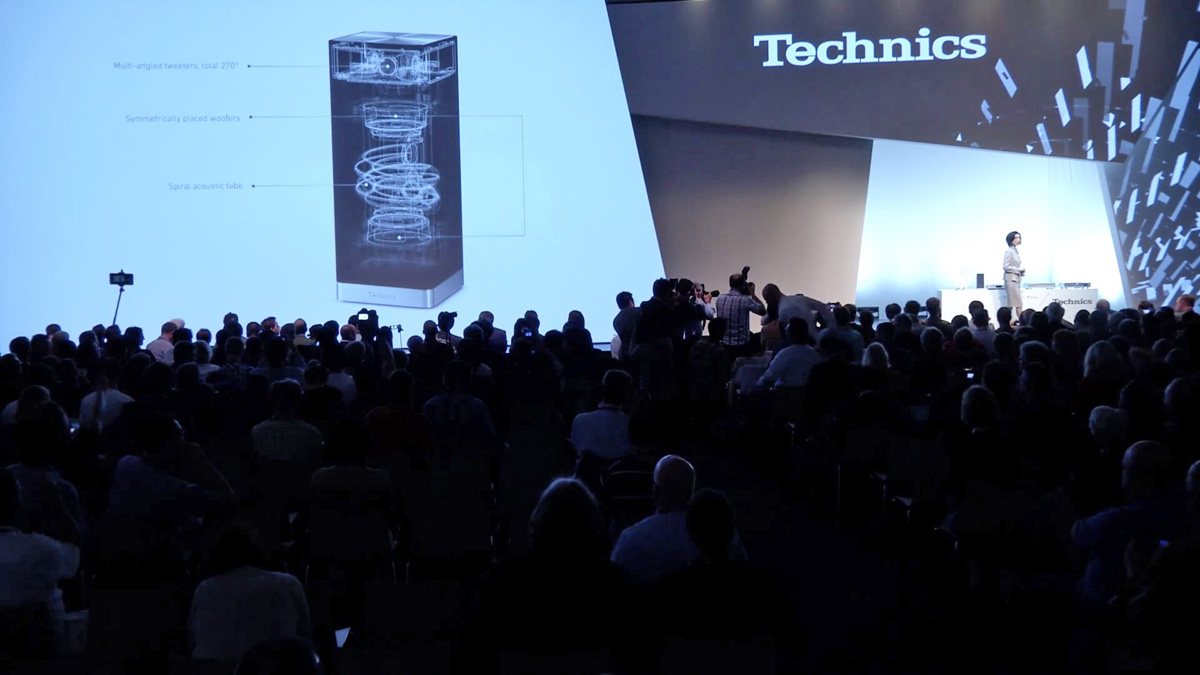 New from Technics
During Panasonic’s press conference - that ended with Technics highlights, signaling both the 50th anniversary of the brand and the return to the market announced precisely a year ago at IFA - a prototype of an analog turntable with a newly developed Direct Drive (DD) motor was the main announcement, stealing the spotlight from other probably more deserving new products. 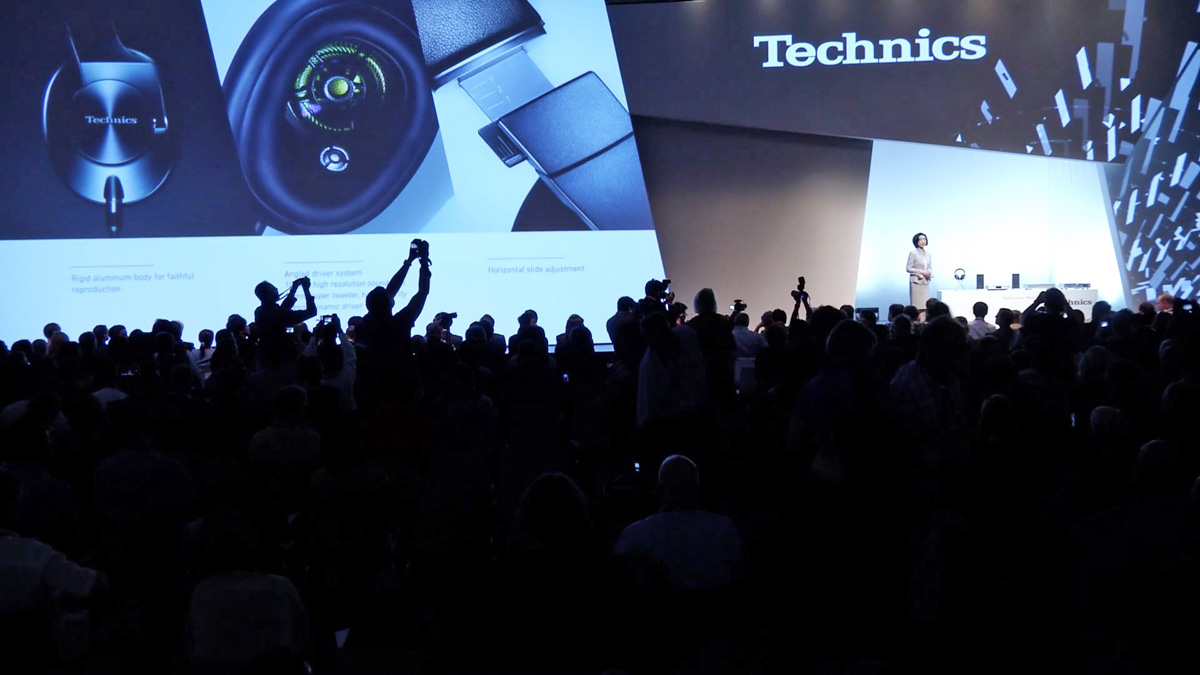 While the new Technics turntable is just a prototype for possible introduction in 2016 (that can well be IFA 2016…), Panasonic introduced also the SU-G30 Grand Class Network Audio Amplifier and the ST-G30 Grand Class Music Server (both to go on sale in Europe in spring 2016). 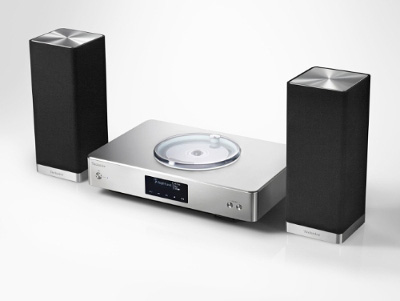 Another major highlight for Technics was the new OTTAVA (SC-C500) Premium Class All-in-one Hi-Fi System (also to be available this year, at least in Europe). This is a genuine compact Hi-Fi system featuring a new speaker design with tweeters and horns set in three directions which the designers called Breezing Speaker and Spiral Tube Twin Drive. The OTTAVA speaker system has two woofers arranged symmetrically to reduce cabinet vibrations, as well as a spiral acoustic port design to produce powerful bass. The high frequencies are provided by tweeters arranged in a multi-angled configuration.

Technics has also announced a black version of the SB-C700 speakers launched alongside the C700 Series in 2014 which debuted earlier this year in the U.S. The SB-C700 is a two way speaker unit with an ultra-wide range reproduction up to 100kHz, thanks to its stiff and light aluminum diaphragm dome tweeter. The speaker also features a premium-quality piano finish to eliminate unnecessary resonance and diffraction reflection for a crisper and clearer sound. 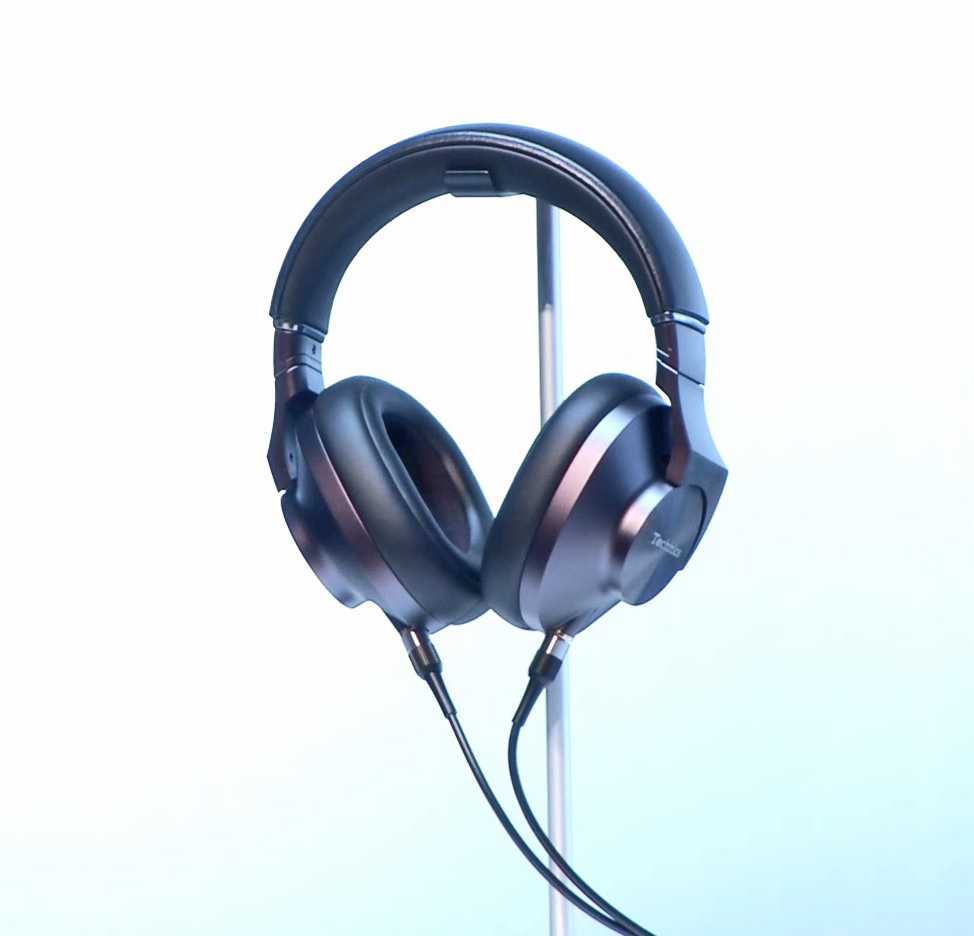 The first headphones released since the Technics brand’s relaunch in 2014, the EAH-T700s are expected to be available in the U.S. market in early 2016 and have been engineered for high resolution sound. Any unwanted vibration is also minimized thanks to the EAH-T700s Floating Dynamic Driver, Anti-vibration Frame and Rigid Aluminum Housing. The EAH-T700s feature a stylish metal finish, with adjustable headband slider, horizontal swivel and ergonomic 3D ear pads, to suit any listening position. 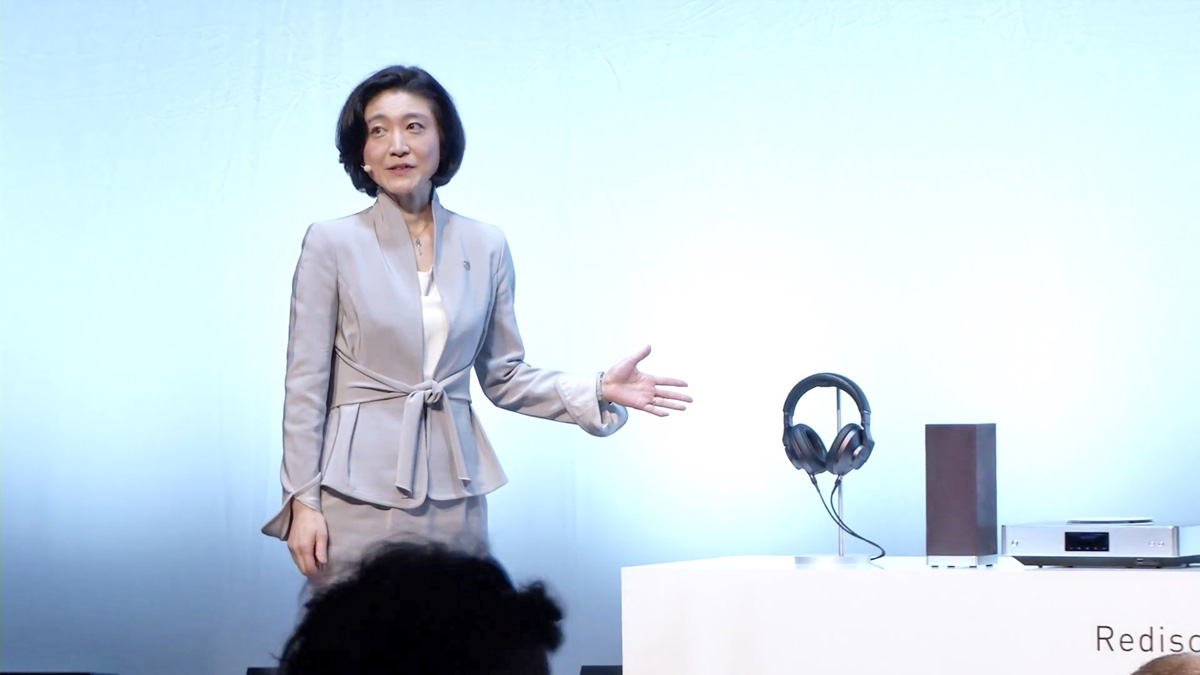 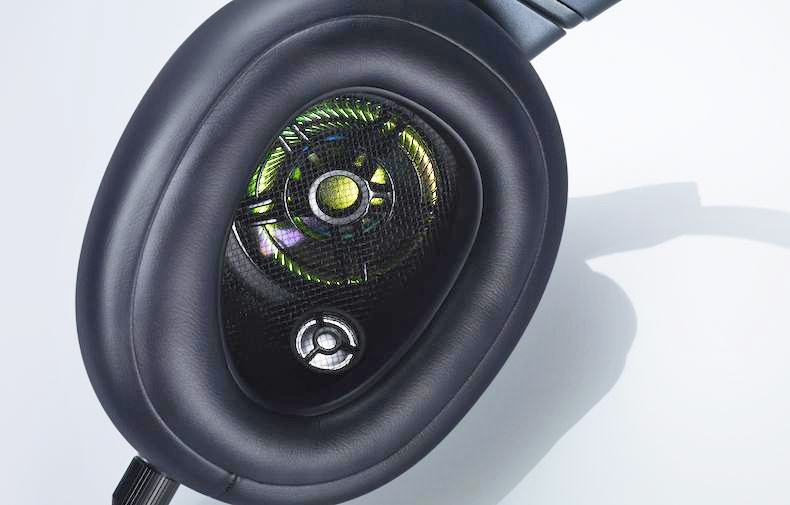 Improved Direct Drive
While much attention has already been directed at the return of the popular SL-1200 series turntables, Panasonic’s message at IFA 2015 was clearly a look into the future. At the press conference Panasonic clearly stated that it would exhibit a direct drive analog turntable prototype equipped with a newly developed direct drive motor. 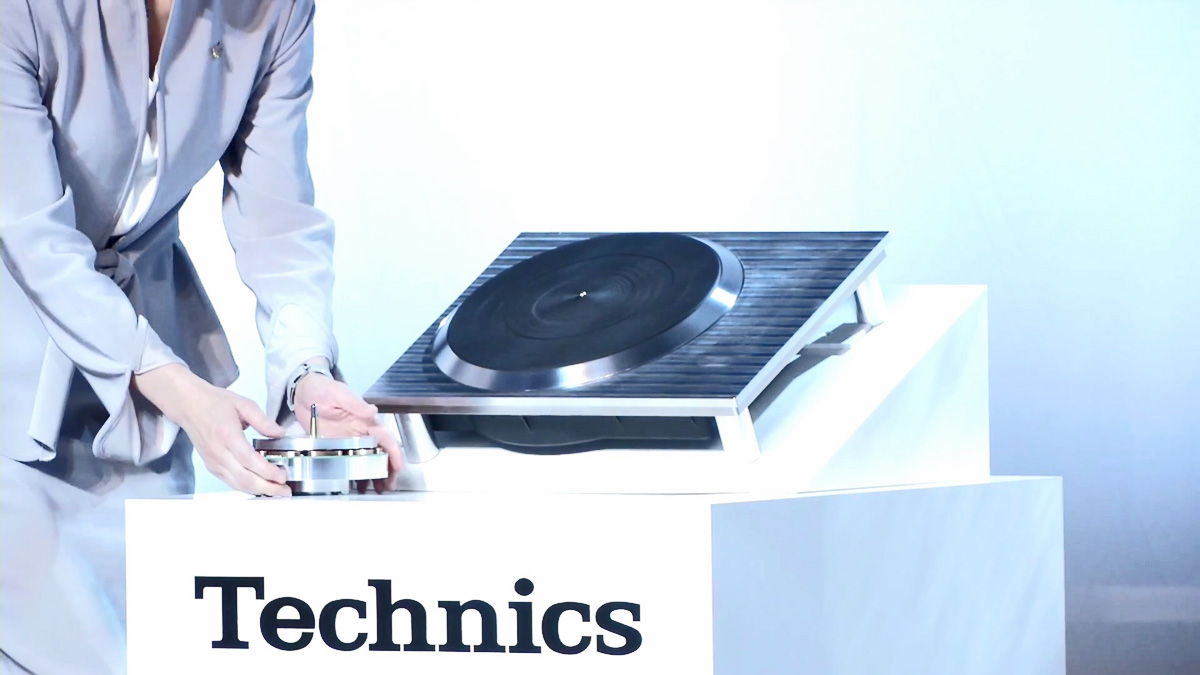 They also stated that Panasonic will “accelerate further development of this technology with a view to market launch in 2016 under the Technics hi-fi audio brand.” The brand believes it will be possible to improve on the sound quality degradation caused by tiny vibrations of the motor and rotational speed fluctuations, typical of all analog turntables, with its newly developed direct drive motor and redesigned high-precision motor control technology.
According to Panasonic, the newly-developed direct drive motor features a coreless stator design that eliminates cogging (motor speed ripple arising from the rotational angle dependence of magnetic attraction between rotor magnets and stator windings) and uses twin rotors that reduce bearing load and minimize tiny rotational fluctuations (wow & flutter), while maintaining high torque. The drive also uses oil impregnated high-precision bearings that minimize unwanted vibrations during rotation. 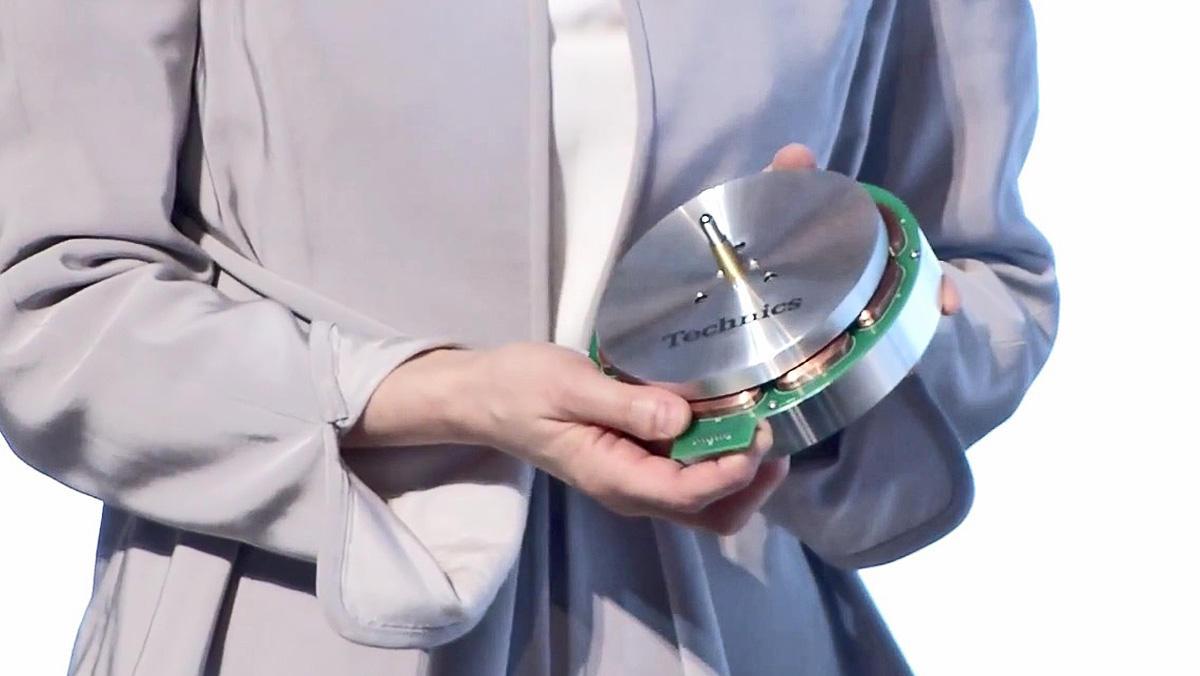