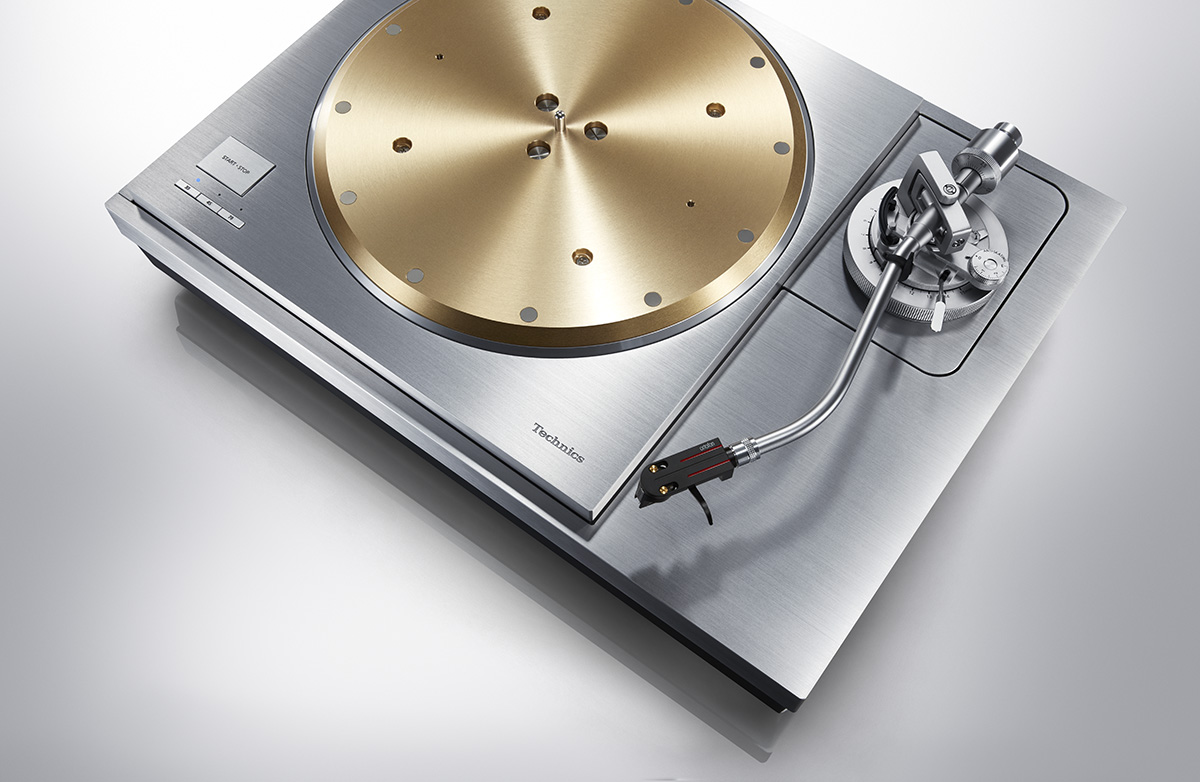 Renowned for its direct drive technology and superior performance, the Technics range has extended to the Reference Class line-up of Hi-Fi components with its newest direct drive turntable and turntable system, the SP-10R and SL-1000R. Both models have been previewed at CES 2018 and now at IFA in Berlin Panasonic confirmed the availability. The great appeal of direct drive technology is its ability to eliminate degradation in sound quality caused by rotation fluctuation and minute vibrations between the motor and transmission mechanism.

The SP-10R and the SL-1000R are part of a long and successful line of reference class turntable technologies - Technics released the SP-10 as the World’s first Direct Drive Turntable in 1970. Following the launch of the highly-regarded SL-1200GAE/G in 2016 and the SL-1200GR earlier in 2017, Technics set about creating its most premium turntable ever, combining the most advanced digital and analogue technologies, boasting the most impressive Sound to Noise (S/N) ratio, and rotational stability of any of its turntables. With its new coreless direct drive motor and platter mass of 7Kgs, the Technics Reference Class SP-10R is now the premium direct drive turntable from the brand.

"Designed and engineered for ultimate analogue vinyl performance, the legendary SP-10 Series of Direct Drive Turntables and their accompanying Direct Drive Turntable Systems have become synonymous with direct drive technology, and are a fitting symbols of the Technics brand name that continues to inspire the admiration and loyalty of audiophiles worldwide," the brand states.

The improvements in the direct drive system that was introduced in the Reference Class series now improves rotational stability, using an heavyweight turntable platter that leverages inertial mass. In the SP-10R model there's even a retrofit design. The turntable and control unit are completely interchangeable with the previous SP10MK2 (released in 1975) and the SP-10MK3 (1981) models. 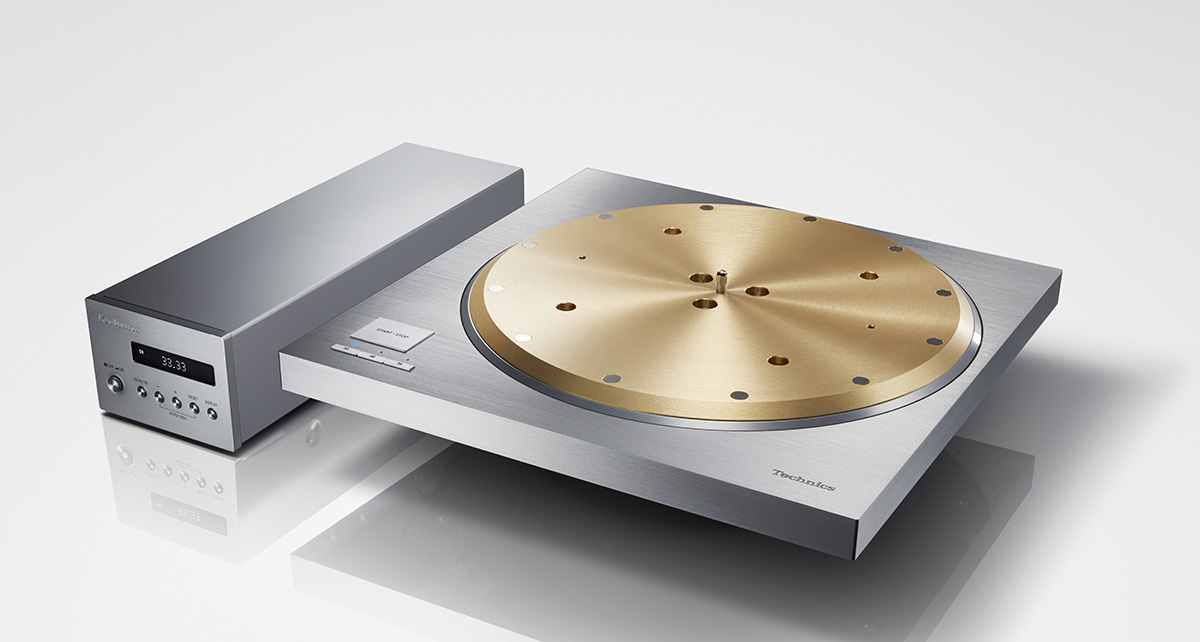 The SP-10R includes a double coil twin rotor-type coreless direct-drive motor with coils on both sides for 12-pole, 18-coil drive, and high enough torque to drive the heavyweight platter with ultimate accuracy. The result is stable rotation with a wow & flutter of only 0.015% or less, which is considered to be the measurement limit. The Technics SL-1000R model is basically a full turntable system, based on the new SP-10R, already shipping with the tonearm, into a Technics plinth.

The turntable also features an impressive platter with a 10-mm-thick brass weight, enhanced with the addition of tungsten weights on the outer periphery. The brass weight is directly bonded onto the aluminum die-cast platter, giving it a total weight of approximately 7.9 kg and an inertial mass of approximately 1 ton/cm. In addition a deadening layer of rubber, is used to eliminate unwanted vibration. This is attached to the rear surface forming a three-layer construction, which achieving an even higher level of rigidity and provides excellent vibration-damping characteristics.

To achieve further noise reduction, the control unit is separated from the main unit and its switched power supply is equipped with unique technology that provides a voltage supply with minimal noise via a newly-developed ‘noise reduction circuit’. In addition, the connection between the main unit and the control unit are engineered to resist the effects of external noise whilst increasing reliability. These noise-reduction measures enable the SP-10R to achieve the World’s highest level S/N.

The Technics SL-1000R system features an S-type universal tonearm with a lightweight, high damping magnesium tonearm tube. The gimbal suspension construction tonearm uses high-precision bearings. Highly-skilled Japanese craftsmen handle all assembly and adjustments to achieve the lowest friction possible, to precisely trace the grooves cut into the records. To further ensure the highest possible sound playback quality, OFC is used for the internal wiring, so that the music signal relayed from the cartridge loses none of the musical energy cut into the record.

The tonearm base, to which the tonearm is mounted, is rigidly attached. This keeps the relationship between the arm bearings, Motor bearings and the stylus constant. Providing a structure in which any vibration has minimal effect. 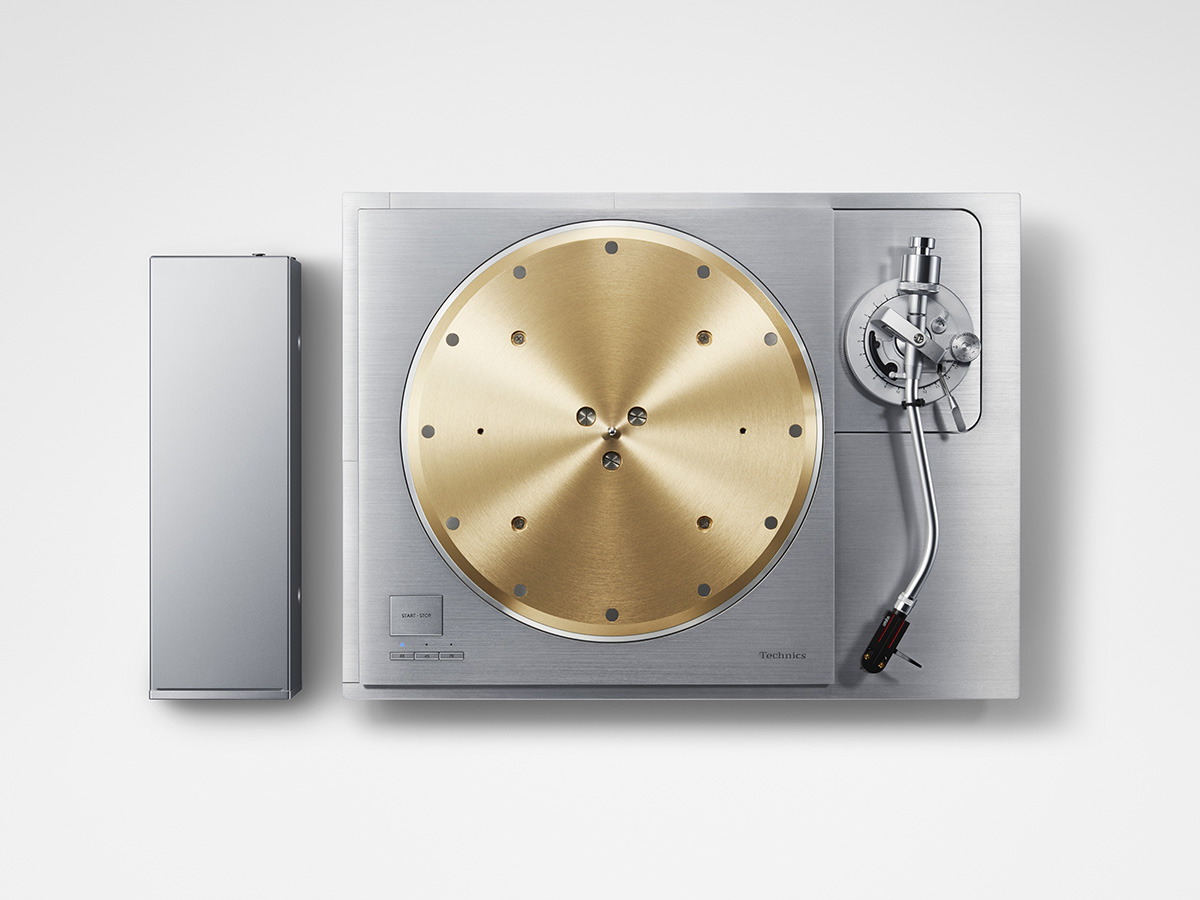 The SP-10R has been developed to be completely interchangeable with previous SP-10 Series models, such as the SP-10MK2 and SP-10MK3. In order for users to continue using the turntable base and tone arm of their previous systems, the shape and fixing positions have been designed to allow for complete backward compatibility. The control unit is also the same shape and size as the SP-10MK2 power unit for trouble-free replacement.
www.technics.com | www.panasonic.com/global
related items