Carlsbro Holdings, the owner of the revived Studiomaster brand announced it will be launching digiLiVE, a new ultra-compact hybrid digital audio mixer marrying the advantages of hardware with a touch-screen control surface and remote tablet operation. The new mixer will be introduced at the Musikmesse and Prolight+Sound shows in Frankfurt together with several new products.
Carlsbro and Studiomaster are two famous British pro audio brands which, together with CADAC, have been acquired in the last few years by the Soundking Group, one of the world’s largest audio equipment manufacturers from China. Currently, the brands have their sales, marketing and distribution operations based out of Milton Keynes, including an expanding R&D department. 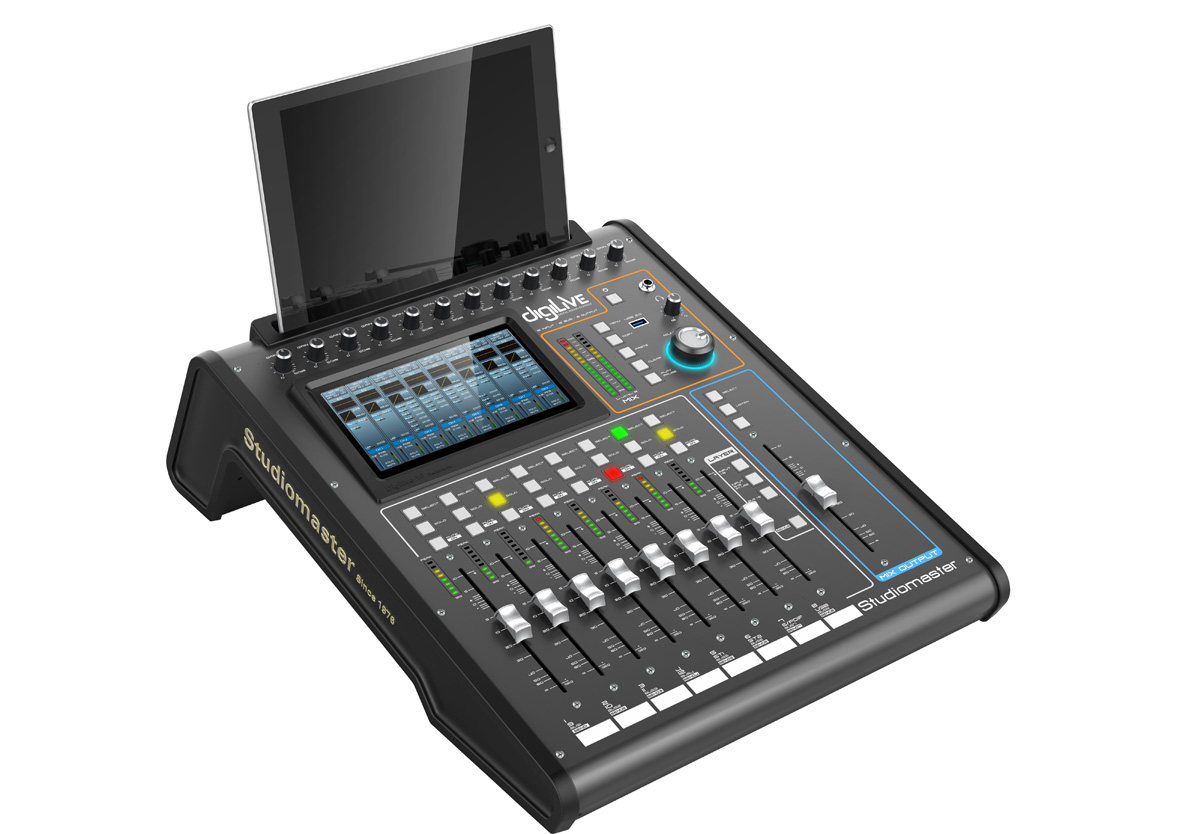 The result of SoundKings investment seems to be paying off since all three brands are announcing major unveilings during the Musikmesse and Prolight+Sound shows in Frankfurt, with CADAC promising to disclose also a new-generation digital mixer. But probably the largest surprise comes from the announcement that Studiomaster will be expanding its catalogue with a new generation of products, including a new hybrid audio mixer, similar in concept to the Roland M-200i.

Other new products from Studiomaster being shown at Prolight+Sound include the European debut of the Vision compact high quality analogue mixer series. Vision is positioned immediately beneath the brand’s top of the range Horizon series, offering its larger sibling’s quality design and construction, operational and audio performance, in an even more compact, price competitive form. 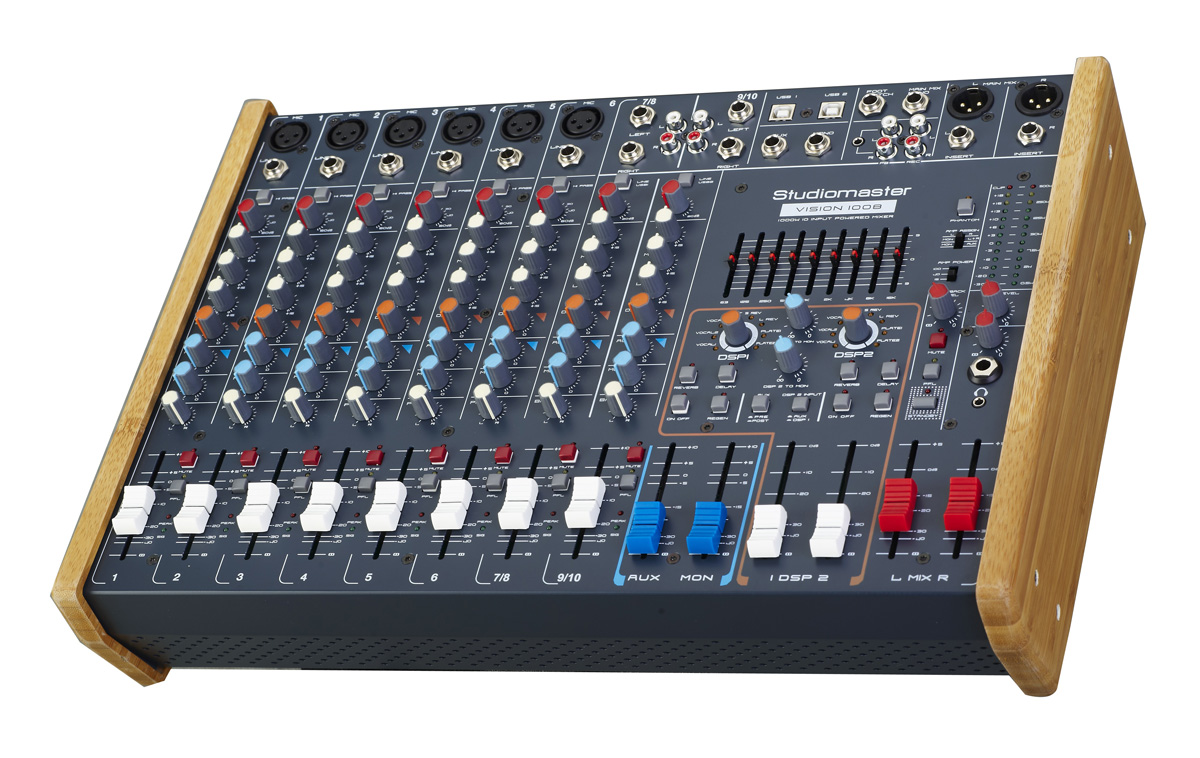 About the Soundking Group
Established for more than 20 years and with major manufacturing, research, engineering, and administrative facilities in Ningbo, south of Shanghai, the Soundking Group has acquired three major UK ‘heritage’ audio brands: CADAC, Studiomaster and Carlsbro. CADAC, the high end mixing console manufacturer, is known internationally for its premium mixing desks that made modern sound design for large scale West End and Broadway musicals possible. Studiomaster is one of the most famous names in UK pro audio with affordable PA amps and mixing desks, the first ‘home studio’ mixing desks and, in the 1980’s, effectively ‘inventing’ the powered mixer. Carlsbro is the famous British guitar amplifier brand that pre-dates even Marshall.