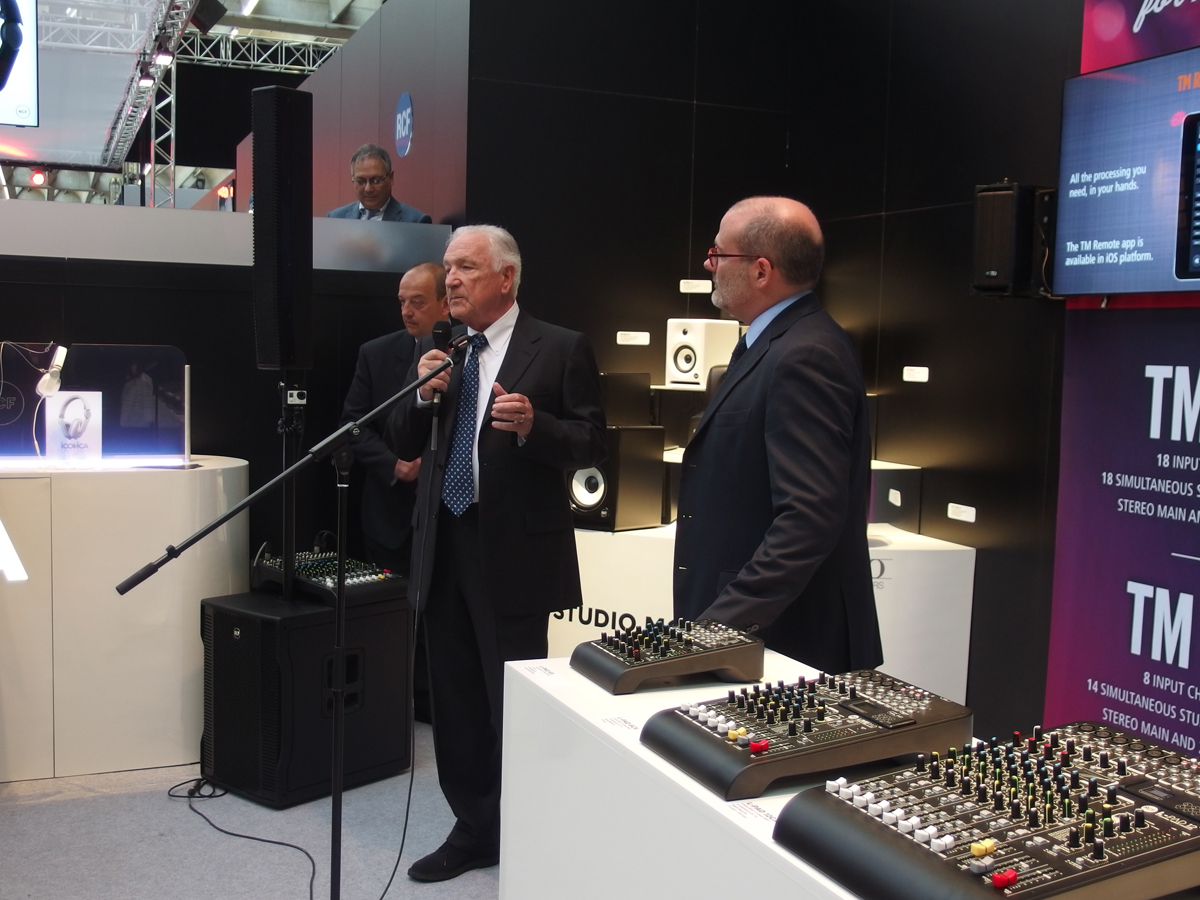 Aside from being a well-known transducer manufacturer, with a full range comprising woofers, midrange, compression drivers, and horns, made with high technology materials  (e.g., neodymium, carbon fiber, pure titanium, and other composite materials specially designed by RCF laboratories), the Reggio Emilia company is also a known provider of Professional Loudspeaker Systems dedicated to any conceivable application field – all using RCF’s precision transducers. In fact, RCF has been producing compression drivers and woofers since 1949 and its own complete speaker systems for more than 30 years.

Last year, RCF announced a departure from its traditional loudspeaker roots, when it unveiled its new L-PAD range of high-performance audio mixers. Following a preliminary announcement during the National Association of Music Merchants (NAMM) Show 2014, the Italian manufacturer introduced nine compact L-PAD mixer models at the 2014 Prolight+Sound Show. The new analog L-PAD mixers feature a robust Italian chassis design, combining everything needed to support from live bands to corporate presentations. Some L-PAD models are available with and without integrated digital effects and some versions offer slots for optional boards such as a Player Card for digital files, a Player/Recorder Card, or a Bluetooth connection Card, enabling music streaming directly to/from the L-PAD mixers. But those displayed models could be interpreted as almost a symbolic start, before the company really enters the digital mixer console fray.

The establishment of the “RCF Mixer Division” in 2014 represented an important strategic move and considerable investment in R&D, stated RCF chairman, Arturo Vicari, at the 2015 Prolight+Sound show. The L-PAD mixers introduced in 2014 were just the first step in a much wider development plan while the company promised to design and launch new “innovative digital models.” To achieve this, Vicari recalled, RCF acquired ZP Engineering, a company based in Rome, led by Engineer Umberto Zanghieri and a dedicated team of engineers, experienced in digital audio networks, digital signal processing, voice processing, DSP projects, and experienced in design activities related to digital mixer projects.

The results, Umberto Zanghieri stated, are starting to show and RCF introduced its first digital rack-mounted mixer with Wi-Fi control at Prolight+Sound 2015. Designed as a practical fader-free portable self-contained enclosure, the new RCF TM-Series (Tablet Mixer) features an on-board WiFi access-point with integrated internal antenna, enabling all the functions to be wirelessly controlled. It not only has built-in Wi-Fi, but it also supports the use of external Wi-Fi antennas in diversity mode, in 2.4 GHz and 5GHz.

As Zanghieri explained “entering the digital mixers world was a natural step in expanding our complete solution to the professional audio market. Taking advantage of the new available technologies that allow us to incorporate incredibly advanced tools - only available to high level touring consoles a few years ago - we were able to create a compact mixing solution. Musicians and sound engineers have now a complete range of on-board plug-ins and professional effects to completely manage live acts and we wanted to leverage that.” 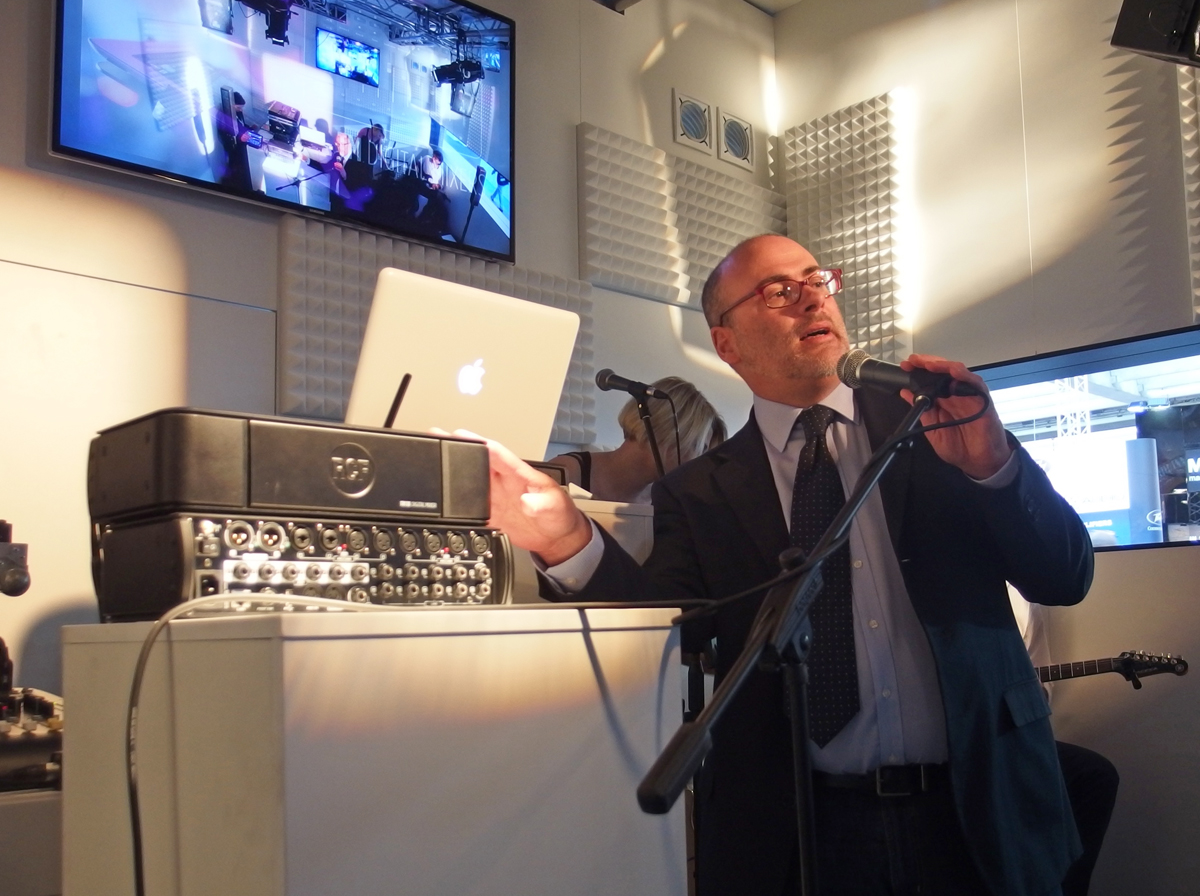 “This product is a tool for musicians and small combos rather than sound engineers. In particular, guitarists and bass players will favor it, because they can leverage the two high-impedance inputs with a full range of appropriate effects,” explained the company.

The four-band EQs on each channel feature three different modes: Standard, Vintage and Smooth, allowing a wide range of EQ sounds and tweaking capabilities. Up to 15 simultaneous insert effects can be added on the inputs, providing a flexible sound sculpting environment, without the need to bring along additional equipment.

The M18’s mixing engine includes a fully featured connection panel, populated with eight mic inputs (with six XLRs and two combos), 10 line inputs, six auxiliary out, headphones out and two XLR for Main Out. In addition to the six auxiliary buses for stage monitoring or any other external effects, three separate auxiliary buses are available to feed the internal effects. 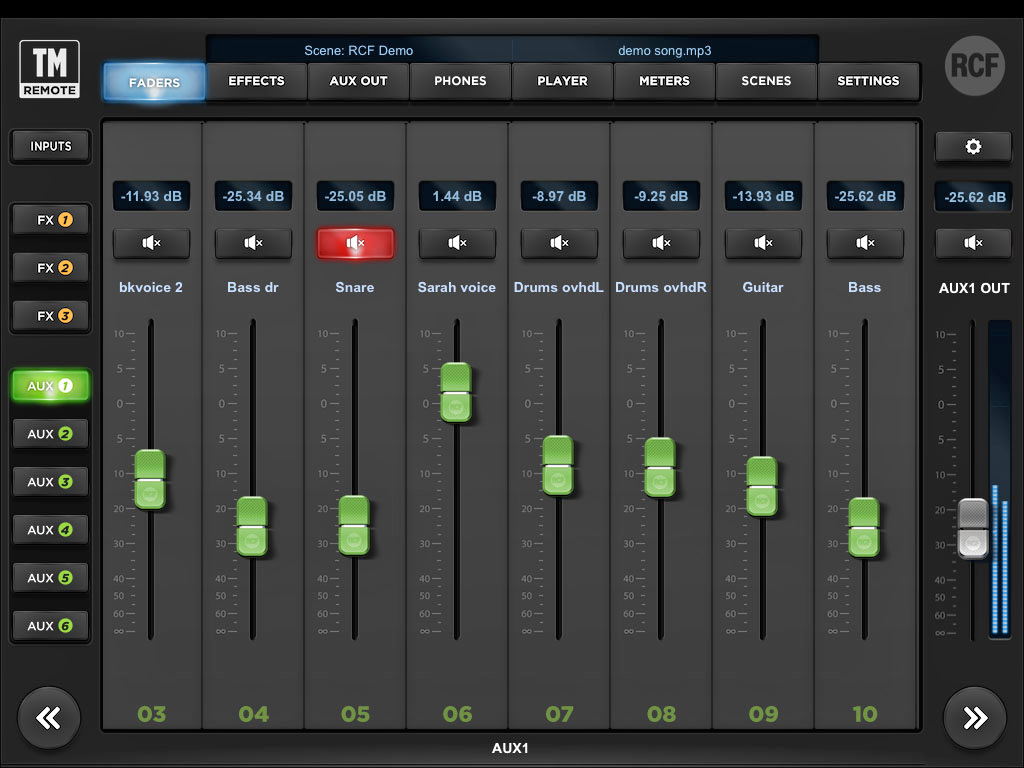 There’s also a foot-switch socket for internal FX mute or program change, as well as MIDI In/Out, to complement the control options. A USB host port enables the use of external mass storage, such as hard drives and USB sticks, for the internal two-track player and recorder, while an Ethernet port is provided for computer connection when required.

According to RCF, the new M18 will begin shipping in the third-quarter of 2015 for 899 euros (less than $1,000). No further details have yet been confirmed on the smaller M08 model, which is basically an eight-input version. For the moment, RCF confirms the availability of a dedicated remote control app for iPad and iOS devices, with Android, Windows and Mac OS X versions to be released later. RCF also confirmed it will release a special app for smartphones (iOS and Android), specifically for personal monitor control. 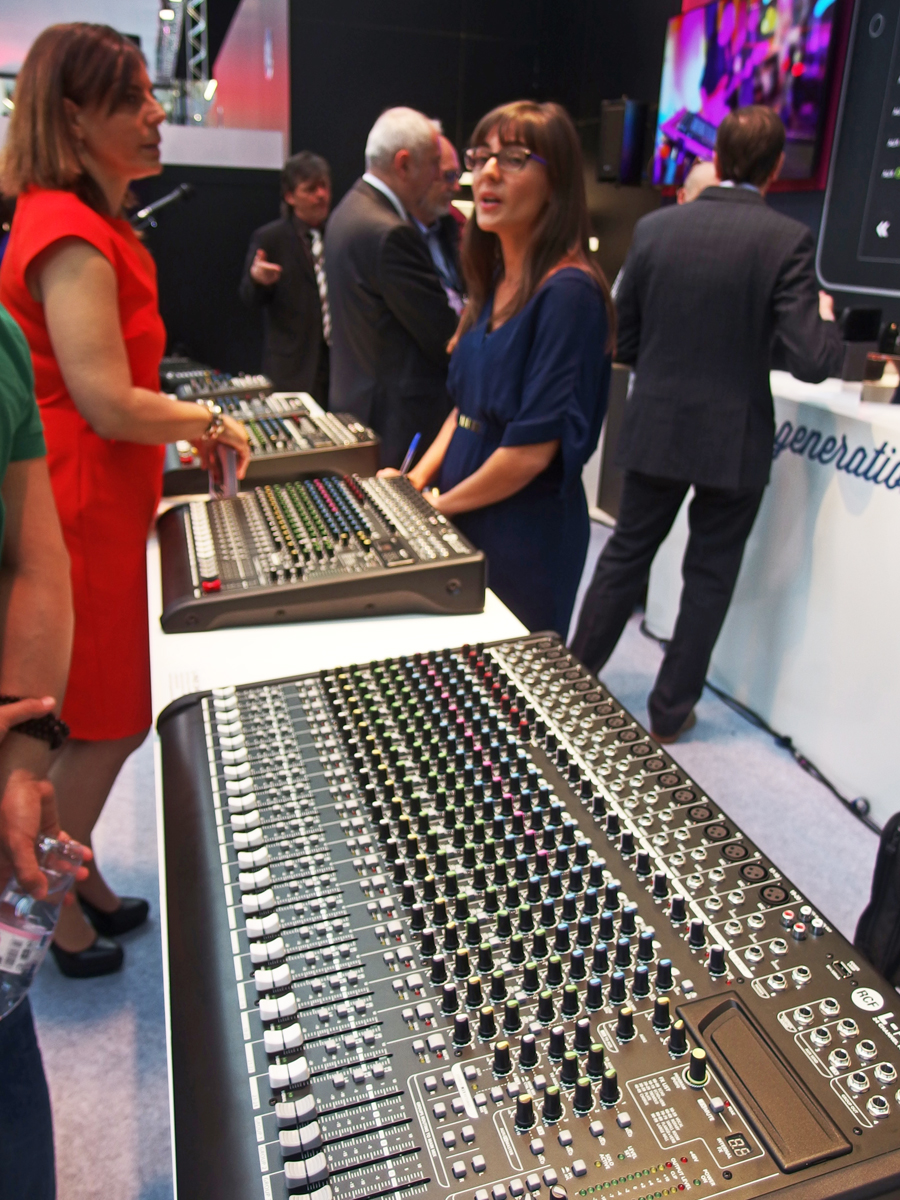 With the new mixers, RCF is also introducing a different approach to  the styling and features, with both products packaged in metal chassis and packed with compressors and internal effects. Offering 16 and 24 channels respectively, these four-bus mixers boast 10 or 18 Mic/Line, four Stereo Input, four Group Out, EQ, and internal effects.

The consoles also include single control compressors (eight on the larger desk’s mic line inputs and six on the smaller) along with a preset selector, which provides access to up to 100 internal DSP internal effects. As with other mixers in the range, the 16CX and 24CX can be featured with an MP3 player, MP3 Recorder/Player, or Bluetooth, fitted into the optional card slot.

The USB facility provides both computer recording and monitoring. The USB allows two channels of 16-bit audio (Main Mix or Sub Mix 1/2) to be streamed out to a computer, for recording, but also audio from a laptop to be sent to the mixer for playback.
www.rcf.it
related items