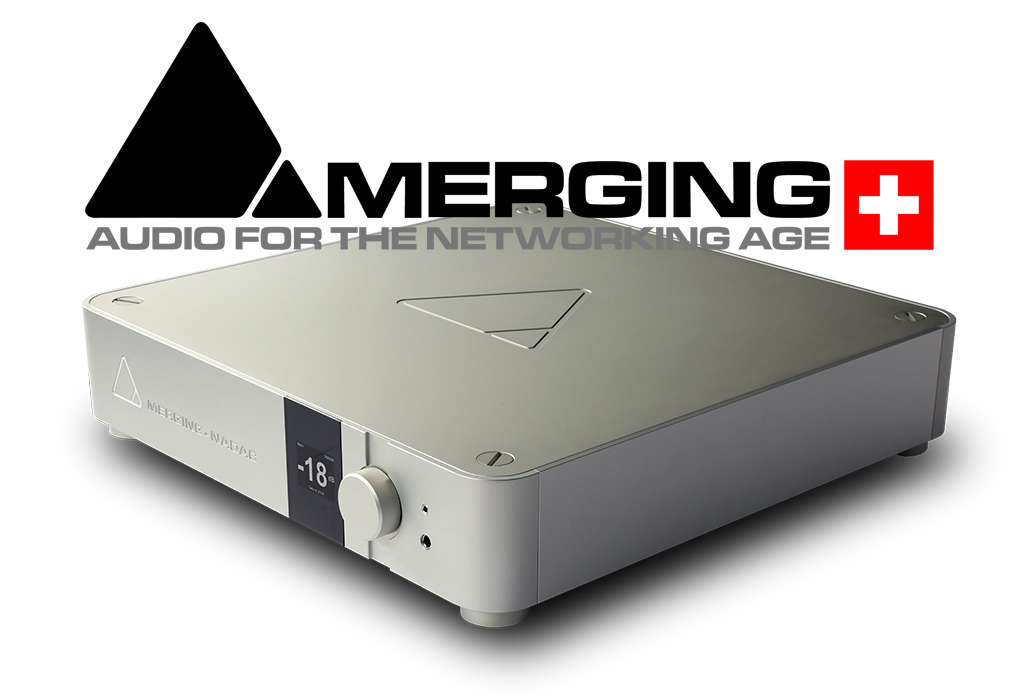 The appearance of Merging’s NADAC (Network Attached DAC) at the High End Show in Munich had origins with Merging’s pro audio distributor in China, Merging Asia. Weishen Xu is famous in China for seminal recordings he made many years ago and apart from his support of Merging’s sales to China, he has been a pioneer in DSD and Hi-Res projects since 2002.

There has been a worldwide trend where physical media, such as CDs or SACDs, are gradually phasing out while hi-resolution audio is experiencing an increase. Merging’s technical capabilities encompassing hardware, software, firmware, networking, and chassis designs have given the company an advantage over competitors in the emerging market of network-attached DACs. Weishen has been urging the company for many years to produce a product suitable for the growing audiophile market in China.

As Merging Technologies Sales and Marketing Manager, Chris Hollebone, explains, “his advice was well received and Merging had the ambition to create NADAC to allow listeners to enjoy master quality recordings at home with the same equipment with which the audio was recorded, mastered, and validated. Streaming technology today allows for the delivery of this master quality content to the home.”

In order to address this market efficiently and separate it from the professional business, a new company, Merging Fidelity has been formed. Merging Fidelity will appoint local representatives in the Chinese Mainland, Hong Kong, Macau and Taiwan.

Another long-standing Merging partner in South Korea was an obvious choice to distribute NADAC in that country. Syncfish has complementary product lines that partner very well with NADAC and the company is soon moving to new premises featuring improved demonstration facilities that will be perfect for illustrating how NADAC will change the DAC landscape dramatically.

Japan is another vital market with a very keen interest in DSD.  Selecting the right distributor was a key decision and after considering some different options, Merging Technologies announced that one of Japan’s most experienced and respected distribution companies will be looking after NADAC. Electori will be launching NADAC at the highly prestigious Tokyo International Audio Show running from 25th to 27th September. They will also be participating in many other crucial events in different parts of Japan over the next year. Professional sales to mastering houses and studios will be managed by DSP Japan to ensure continuity and minimize confusion with existing Merging clients.

Australia and New Zealand will be handled by ATT Audio Controls in Melbourne. Also a Merging pro distributor, ATT is well versed in high end audio due to CEO, Frank Hinton, heading up Grover Notting; manufacturers of exceptional quality speakers and amplifiers. Frank has been active in presenting the products over a number of years and is well known in the region as a promoter of higher quality audio in the home as well as the studio. “GN and NADAC make a great combination,” they say.

Modi Digital has been Merging’s partner in India for many years now and will handle enquiries for NADAC. The company has been recently been demonstrating and promoting Auro 3D technology as a cinema and a home solution. With many of the Pure Audio’s Auro 3D releases being recorded and mastered on Merging’s professional equipment, this also has many synergistic advantages.

Chris Hollebone remarks; “We believe we have an exceptional team in the Asia/Pac Rim region. There are still important countries where we need to find the right partners so we are taking out time to research companies that share our values. This is a proven formula for success and we know that NADAC deserves the best possible support in this vital market.” 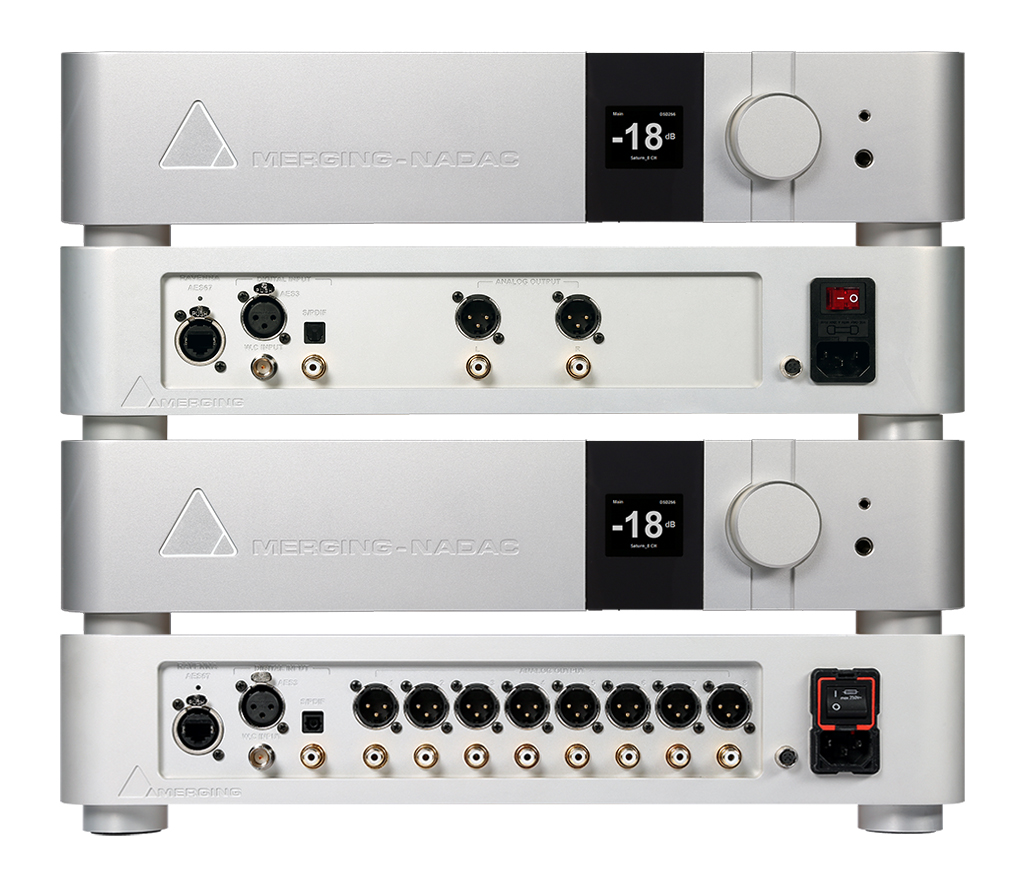 NADAC in Europe
The appearance of Merging’s NADAC (Network Attached DAC) at the High End Show in Munich created quite a stir and attracted interest from distributors of high end audio products worldwide. As a direct result of that interest, several appointments have been made, including the previously announced North American partnership with On a Higher Note.

In some cases, existing Merging professional distributors have already demonstrated expertise in the consumer audio arena and many of the appointments recognize that. Digital Audio Service have shown considerable acumen in promoting Merging’ s pro products in Germany since their appointment in 2012 and with some compatible high end lines, the company was a natural choice for Germany and Austria.

Long time UK partner, eMerging was also considered a safe pair of hands for taking NADAC into one of the centres of the high end market. “Compatible brands and good technical support were strong arguments in favor of this choice.” says Chris Hollebone.

Merging Denmark has also been a partner for many years and CEO, Peter Scheelke, has considerable knowledge of the Nordic high end market and has recently launched his DXD download website, Promates. According to Chris Hollebone, “it made absolute sense to ask him to combine the resources and look after the region.  Peter has been contributing to the area’s high end shows with DSD and DXD product presentations and speaking in seminars for some years, making him familiar with the local key dealers and installers.”

For the Benelux region, Merging chose a loyal customer of theirs who has a background of working with the best DAC products available over recent years. According to Chris Hollebone, “Bert van der Wolf is also a well known recording engineer/producer and releases excellent high resolution audio content on SACD and as downloads on his Spirit of Turtle site. The distribution company is aptly named Edison and one wonders what Thomas Edison would have made of the audio quality achieved by playing a DSD256 file back through NADAC in full surround! A fascinating thought.”

The choice for Italy was also easy as, in common with some other Merging distribution companies; VDM had been requesting Merging to launch a consumer DAC product for some years. Igor Fiorini also has much experience of recording in DSD/DXD and has similar complementary lines in his portfolio. Located in Rome, VDM is centrally placed to appoint key dealers in the North and South of the country.

France is another very important territory and here there was no immediately obvious partner. However, High End Munich changed all that. The Merging team was bowled over by the enthusiasm of François Gourdain and his Synergie-Esoteric company. “It was easy to recognize that Synergie was the perfect fit from the product standpoint, was very experienced in the market and had the drive necessary to succeed,” explains Chris.

The home territory of Switzerland will be managed from Merging’s headquarters in Puidoux. The country is relatively small but significantly important and specialist outlets have already been identified. Merging will share a demonstration room with PSI Audio at the forthcoming High End Swiss show in Zurich, being held at the Mövenpick Hotel, Zurich Regensdorf from 16th to 18th October (room number is 309 on the third floor of the Convention Centre). As Chris Hollebone states, “this demonstration of Swiss audio excellence on home soil will successfully introduce the unique features of NADAC to the local audiophiles.”
nadac.merging.com
related items