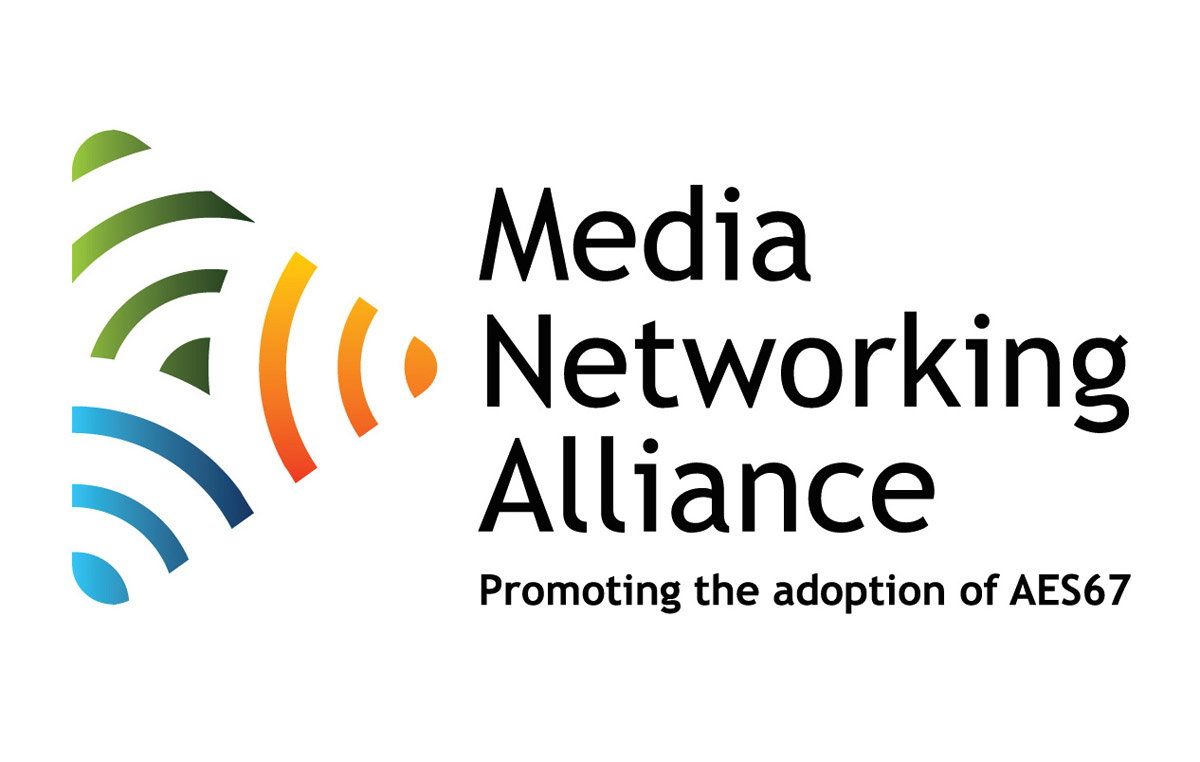 AES67-specific extensions to the different network platforms provide for the common interchange of digital audio between them. In the instance of the demo, digital audio signals will be interoperable between devices employing Dante, Livewire, Q-LAN and RAVENNA. A total of 22 devices, from ALC NetworX, Archwave AG, Axia Audio, Digigram, DirectOut, Focusrite, Genelec, Lawo, Merging Technologies, QSC, Solid State Logic, Telos Systems Inc. and Yamaha, are connected to a simple network with a single Ethernet switch.

Speaking for the MNA, Technical Working Group Chairman, Kevin Gross says: “Although pairs of manufacturers have independently verified interoperability and large-scale multi-manufacturer testing was done a year ago at the PlugFest in Munich, this will be the first significant public demonstration of AES67 interoperability. It’s powerful to see AES67 fulfilling its promise making network audio connections between devices and protocols that were formerly incompatible.”

AES67 supports both unicast (one-to-one) and multicast (one-to-many) audio transmission; this will be primarily a multicast demonstration, along the lines of the PlugFest testing carried out by the AES, in cooperation with the European Broadcast Union (EBU) at the Institut für Rundfunktechnik (IRT) in Munich, Germany, last year.

“In addition to audio transport we will be demonstrating some of the manufacturer-specific discovery, control and monitoring functions that augment AES67 audio interoperability and coexist on the same network,” adds Kevin Gross.

AES67 enables high-performance audio-over-IP streaming interoperability between the various currently available IP-based audio networking platforms. AES67 operates over standard layer 3 Ethernet networks and, as such, is routable and fully scalable, like any common modern IT network. As a rule of thumb, any network infrastructure capable of handling VoIP should be able to handle AES67. The recently updated standard AES67-2015 is available here.
MNA appoints its Board
The Media Networking Alliance (MNA) has recently appointed members to its Board. At the same time, international leading pro-audio manufacturer Solid State Logic has joined the alliance.

Announcing the appointments to its Board, the MNA confirmed the appointment of Rich Zwiebel, Vice President, Systems Strategy, QSC Audio Products LLC as Chairman, and Terry Holton, General Manager, Yamaha R&D Centre as Vice Chairman. Marty Sacks Vice President of Sales, Support and Marketing, The Telos Alliance is appointed as Financial Officer, and Bill Scott, Vice President of Engineering and Technology at Bosch Communications Systems, and Andreas Hilmer, Director Marketing & Communications at Lawo, are also appointed as members of the Board.

Meanwhile Solid State Logic has joined the ever growing ranks of world leading professional audio member companies. Commenting, Rich Zwiebel said: “We are excited about the array of very important companies that currently make up the MNA and the great people from these companies who give of their own time to commit to the vision of AES67 and the work of the MNA. It gives me great pleasure to warmly welcome a company of Solid State Logic’s stature within the pro audio industry to our ranks. We are confidently looking forward to an exciting second year for the alliance, with the expectancy not only of growth but of an ever increasing rate of adoption.”

The company will be participating in the live AES67 interoperability demonstration on the MNA booth #344 at the AES Convention.
medianetworkingalliance.com
related items