The 139th Audio Engineering Society Convention (held Thursday, October 29, through Sunday, November 1, 2015, at the Javits Center in New York City) was the place to be for anyone involved with the audio industry. The exhibit floor, panels and technical sessions were packed all four days, and highlights included the Project Studio Expo, Live Sound Expo, GRAMMY SoundTables panel, and the lighting of the Empire State Building in blue and white in AES’s honor. Registration was near 18,500, with All Access and Exhibits-Plus registrations at an all-time high.

“The 139th AES Convention was a success by every measure,” says Bob Moses, Executive Director of the AES. “From the amazing content and packed audiences of the technical and special events program, to an exhibits floor that was crowded with attendees, to the exhibitors and sponsors that participated, energy and excitement were everywhere. And the Empire State Building being lit in our colors – how awesome is that? The AES HQ staff and legions of volunteers – including leading professionals – poured their hearts into the Convention. Attendees of all types went home satisfied, and the AES itself benefits from their participation, ensuring the Society’s continued good health.”

Convention Committee Co-chair Jim Anderson and his team created a highly ambitious and comprehensive schedule of workshops, panels and technical programs with a staggering 400 sessions, including the popular Platinum series of panels made up of many of the best engineers and producers. Co-chair Paul Gallo worked closely with the AES marketing team to drive traffic on the convention floor, resulting in a wide representation of attendees from various sectors in the audio industry, including recording and production, broadcast and streaming, game audio, live sound, networked audio, post production, system integration and more.

“The 139th AES Convention in New York City has been nothing but a big success, gathering around 20,000 visitors in the three days it’s been on,” stated Lars-Olof Janflod, Genelec Oy Marketing and PR Director.

Mick Olesh, Waves EVP of Sales & Marketing, comments, “AES was exceptionally strong this year, with a smooth operation and excellent attendance. It afforded us the opportunity to showcase our new products, and, together with Waves Artist presentations at our booth, to further enhance our relationship with our user base.”

Steve Strassberg, Dale Pro Audio VP/ General Manager, noted, “Our decision to participate and have a booth at the AES show really paid off. The Convention being in our own back yard made the decision very easy. Our goals were to make some great new connections across all of the vertical markets that Dale serves, and to have quality face time with our existing customers. Our sales team also had the opportunity to strengthen relationships with our top vendors, so, on many levels, it was time well spent.” 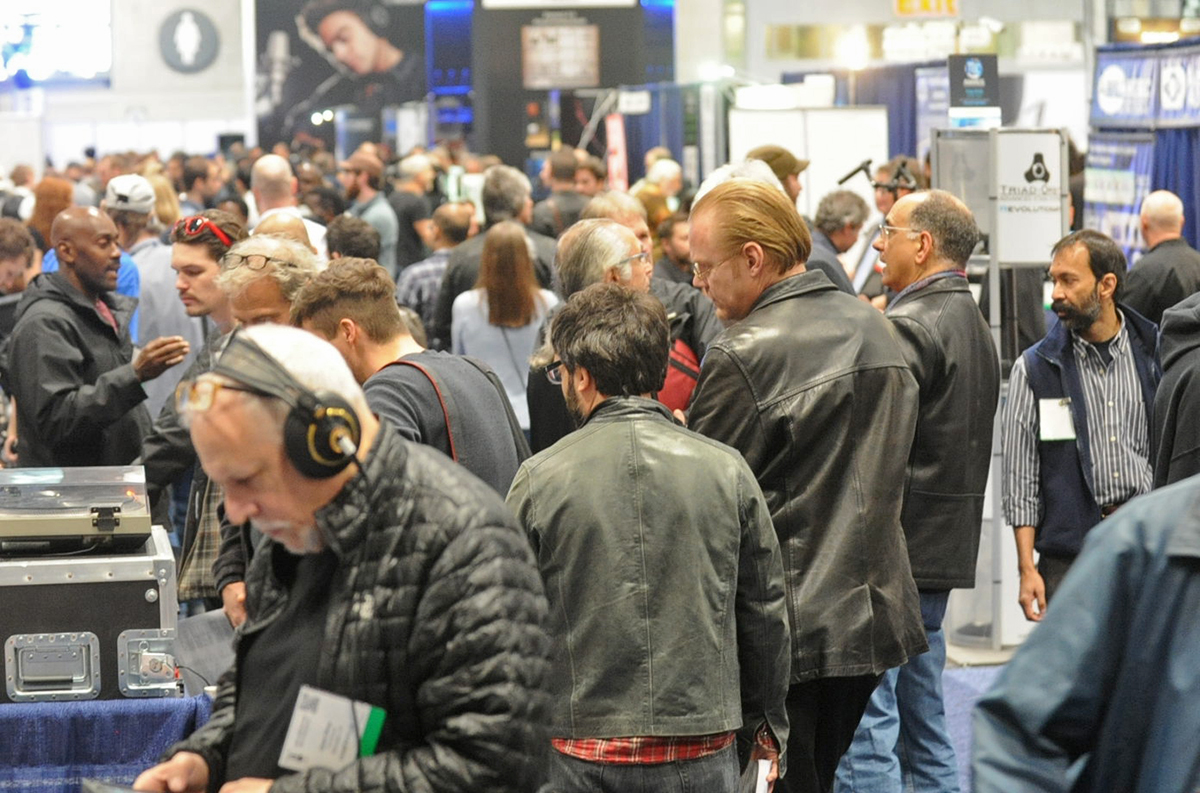 “AES New York was amazing as always, as no other show draws such a diverse crowd of key decision leaders in music, post, broadcast and live sound,” stated Phil Wagner, President of Focusrite Novation Inc. “The energy was great, and the crowd was ever present. We appreciate being able to be a part of the AES New York community, and we look forward to a strong presence at AES Los Angeles next year.”

Across all sectors of the industry — recording & production, broadcast & streaming, game audio, live sound, networked audio, sound for picture, post-production or system integration — the 139th AES Convention had it all. With nearly 300 exhibitors, the convention also received support from many industry sponsors and partners. 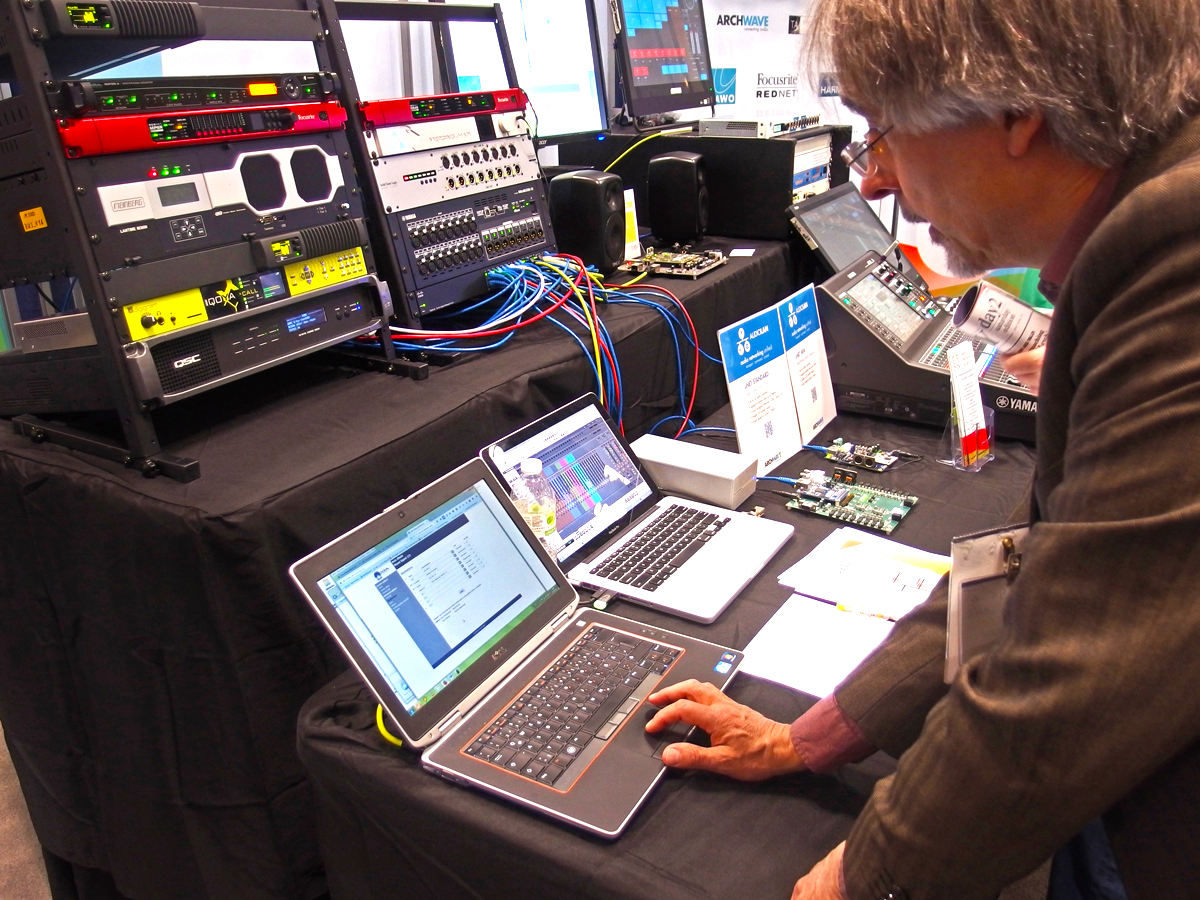 Successful AES67 Interoperability Demonstration
Without a doubt the highlight of the 139th AES show was right at the center of the exhibition and attracting a lot of attention - including from many of the other manufacturers attending. The Media Networking Alliance (MNA) promoted a successful live demonstration of audio networking based on the new AES67 interoperability standard. This was done for the very first time in public.

The demonstration was an absolute premiere on the front of AES67 audio networking, with 22 currently available products from 18 different companies employing various audio network platforms, connected in a live network and streaming live audio via AES67. This live network included 2 Dante compliant nodes of Yamaha and Focusrite that both also operated in AES67 mode.

AES67-specific extensions to the different network platforms provided for the common interchange of digital audio between them. In the instance of the demo, digital audio signals wereinteroperable between devices employing Dante, Livewire, Q-LAN and RAVENNA. A total of 22 devices, from ALC NetworX, Archwave AG, Axia Audio, Digigram, DirectOut, Focusrite, Genelec, Lawo, Merging Technologies, QSC, Solid State Logic, Telos Systems and Yamaha, were connected to a simple network with a single Ethernet switch.   AES67 supports both unicast (one-to-one) and multicast (one-to-many) audio transmission. The AES demonstration was primarily a multicast configuration and allowed to see how some of the manufacturer-specific discovery, control and monitoring functions can augment AES67 audio interoperability and coexist on the same network. For more on the AES67-2015 standard click here.
www.aes.org | medianetworkingalliance.com
related items