With its Core Wireless Speaker campaign reaching $885,000 at the end of October 2014, technology start-up Mass Fidelity became the top crowd funded Canadian company in history. The Core Bluetooth wireless speaker reached more than 1840% of the company’s goal in its crowdfunding campaign, with 2,500 contributors from over 80 countries around the world.
Mass Fidelity is a Canadian technology start-up formed by audiophiles, designers and engineers dedicated to modern audio technology and functional wireless designs. Launched in September 2014, ‘The Core’ Wireless Speaker system promised to deliver “Better Than Stereo” sound using Wave Field Synthesis and connect up to nine units to create a multi-room home music system. 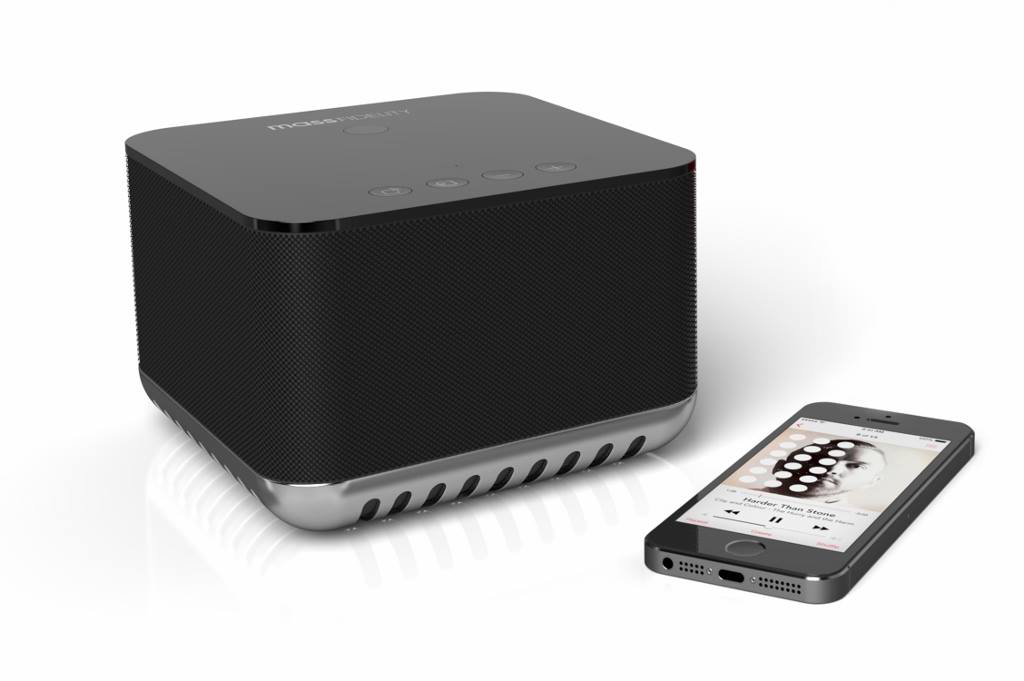 Compact in size (6” x 6” x 4”) and equipped with a 12-hour battery, the Core was Mass Fidelity’ second product after ‘The Relay’ Bluetooth DAC. The Core uses a number of innovative acoustic technologies to mimic the experience of two separated Hi-Fi speakers, yet comes from “a beautiful box that fits in the palm of your hand”.

“What makes the Core truly revolutionary is the use of innovative Wave Field Synthesis technology,” explains Ben Webster, CEO and Co-Founder of Mass Fidelity. “Wave Field Synthesis is an entirely new way of rendering audio where a sound image is produced by recreating that sound in space - similar to a hologram. This astonishing sound image can be ‘viewed’ from anywhere in the room. It is purer and sounds better than traditional stereo, because it does not rely on the listener’s position or on ‘tricking the brain’ with psychoacoustics.”

“Unlike conventional stereo(…) Wave Field Synthesis (WFS) reconstructs the sound field physically, making it the purest and cleanest audio representation. It is a technology that has been touted as the obvious next step in acoustic rendering since the late 80’s but because of its demanding computing requirements, hadn’t been viable to implement as a high quality solution in a consumer product”, states Mass Fidelity.

The Core combines an array of four custom-designed mid/high frequency speakers and a downward-firing subwoofer, driven by a 120-watt digital amplifier stage, all being fed by a digital signal path end to end. Six digital signal processors and an ARM processing core work in unison to execute the advanced acoustic rendering algorithms. The company says the Core will output frequencies down to 44 Hz at “normal” listening volumes and the unit automatically retunes itself when connected to any wired powered subwoofer.

Users can instantly connect up to nine Core speakers to create a multi-room music experience with the touch of a single button, without the need for additional Wi-Fi equipment (routers, switches, etc). There is no app, complicated setup or extra “bridge” components required; users simply place the units where they want to hear the music and press the ‘multi-room’ button. The unit also supports Gesture Control to advance tracks and NFC ‘touch to pair’, with further features being implemented.

When multiple Cores are connected, they create a dedicated adaptive music network in the 5GHz radio spectrum, streaming at “Red book” CD quality (16-bit / 44,100 Hz), no matter the source (Bluetooth, legacy analog sources via analog input, AppleTV, etc.). The network continually scans for interference to ensure the highest audio quality possible and in the event of any interference from other electronics, the Core will automatically move to another channel to find the cleanest channel possible for delivering the music. 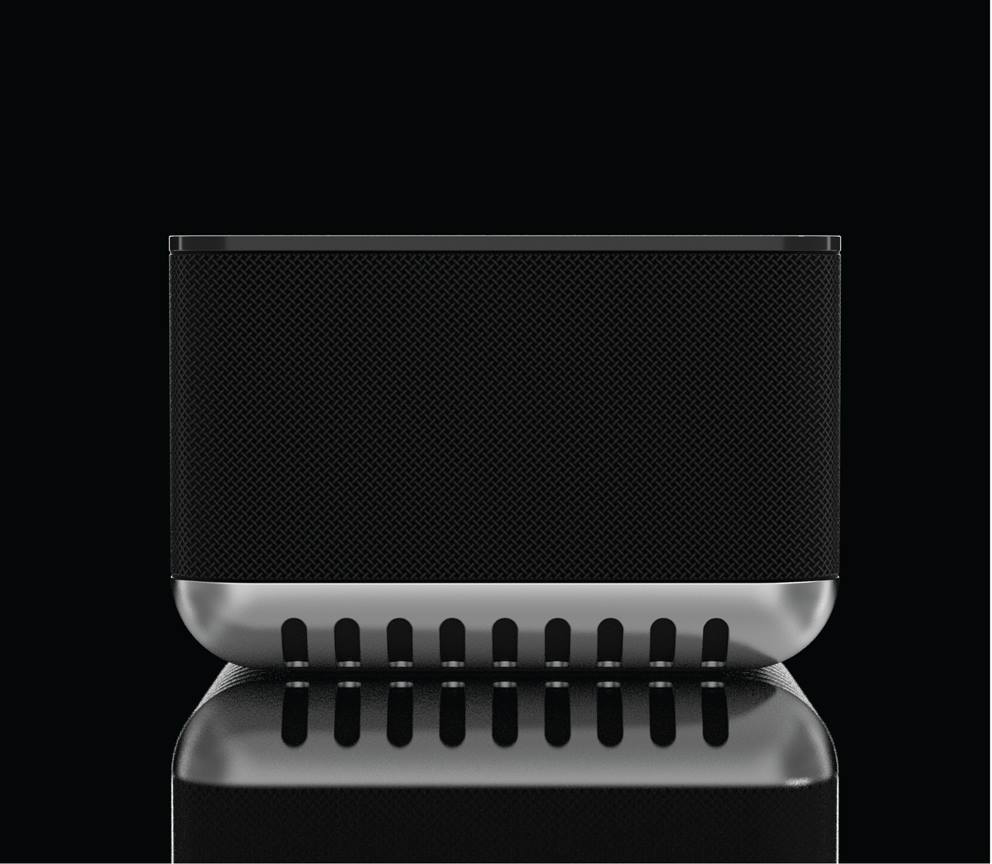 The Core’s ultra-sensitive Class 1 Bluetooth receiver technology minimizes dropouts and features Advanced Audio Coding (AAC) and aptX audio decoding to bring out the best possible sound from any digital source. The speaker also features an optical digital input, a 3.5 mm analog jack and a output for connecting a subwoofer.

The Core was made available for pre-order on September 4th via the crowdfunding platform Indiegogo, used to finance the first production run. The company announced a retail price of $599 USD for the Core, with the launch on Indiegogo available for $349 USD for one unit and deliveries scheduled to start December 2014. The campaign was recently extended and Mass Fidelity introduced the Core Wireless Sub as an additional product to the campaign.

Mass Fidelity’s Indiegogo campaign for the ‘Core’ Wireless Speaker System and Core Wireless Sub continues to gain momentum and has now become the top crowdfunded Canadian company ever. The campaign shattered its $48,000 funding goal within 24 hours of launch and at the time of the campaign extension in early October, the funding total had passed $675,000 and has since generated over $200,000 in additional funding from over 2,500 backers. The previous record for Canadian companies was held by the Vanhawks Valour, Connected Carbon Fiber Bicycle which had raised $820,083 CAD via Kickstarter.

“When we saw everyone’s reactions after hearing the Core, ranging from industry veterans to music lovers, we knew we had something great on our hands, but we have been absolutely floored by the response and support of the Indiegogo community,” said Ben Webster, CEO and Co-Founder of Mass Fidelity. “Over the past few weeks, we’ve held multiple events for campaign backers and potential supporters who are excited to hear the product. The Core is fundamentally different than any other wireless audio product out there due to the amazing ‘acoustic hologram’ it creates, and our Indiegogo backers are the first in the world to be able to hear the future.”