The goal was to design a P10R speaker with a more broken-in, worn sound straight out of the box. According to Jensen, “the P10R-F has a smooth, round top-end and a full-bodied low-end response; it distorts at lower levels and still maintains the Vintage classic tonalities of the legendary P10R.”

Alnico speakers produce a sweet, warm tone. They respond quickly, giving the musician a “one with the amp” feel. Alnico speakers are world-renowned as the most premium speakers with the best tone. 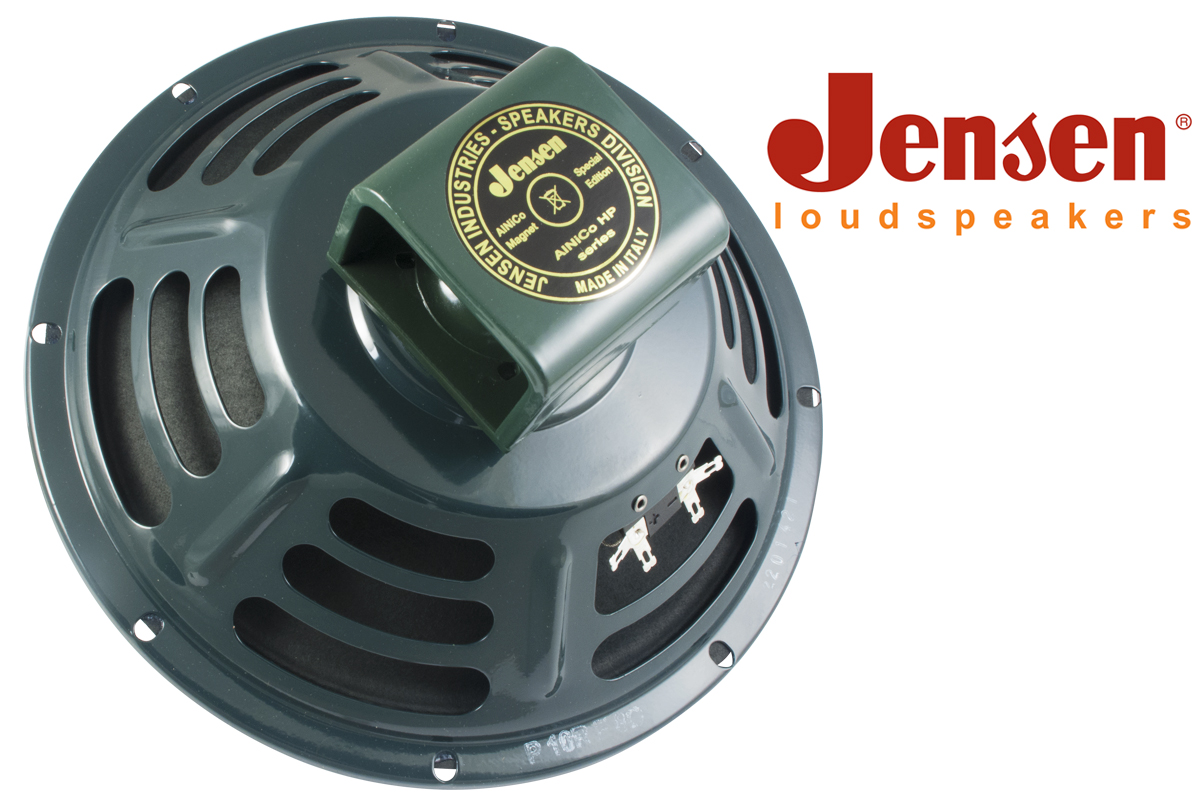 History of Jensen Loudspeakers
Peter L. Jensen was born in 1886 in Falster, Denmark and came to America in 1909. In 1915, working alongside Edwin Pridham, Peter Jensen developed the “Magnavox”, the first loudspeaker. Magnavox speakers were predominantly used for public address systems, famously first used publicly in 1919 to amplify President Woodrow Wilson’s speech in San Diego. In 1927, Peter Jensen founded Jensen Radio Manufacturing Company and began producing speakers for both military use and radios. The company later began to produce commercial loudspeakers for public use. In the mid-1940s Leo Fender developed one of the first guitar amplifiers and chose Jensen speakers for their excellent tone. Throughout the 1940s, 1950s, and most of the 1960s, Fender, Ampeg, Gibson and all the other major amplifier companies used Jensen musical instrument speakers. Jensen ceased production of their loudspeakers in the late 1960s. In the late 1990s, under a licensing agreement, SICA Altoparlanti, an Italian speaker manufacturer, commenced production of the legendary Jensen speakers. These Jensen “reissues”, after intensive research and analysis, are made to the same specifications as the original Jensen speakers used by Leo Fender and others.

One of the first speakers ever used in a guitar amplifier was a Jensen Alnico speaker - the P15N. The first Fender Bassman and Bandmaster amplifiers were loaded with Jensen P15N Alnico speakers. In fact, Fender and other amp manufacturers originally used Alnico speakers exclusively in their amplifiers. The P10R was the signature speaker in Fender's legendary Super Reverb.

Alnico speakers are made with magnets containing aluminum, nickel and cobalt. They are often featured in print as “AlNiCo”, symbolizing the three respective elements. Cobalt is difficult to procure these days resulting in Alnicos being the most expensive speakers in the Jensen line.

All Jensen Alnico speaker model numbers begin with the letter P, and are therefore often referred to as the P series. Next in the model number is the diameter of the speaker. Alnicos are available in the following diameters: 8”, 10”, 12”, and 15”. Following the size is a letter which traditionally is used to designate the speaker power rating. For example, R (25 W), Q (40 W) and N (50 W).
Alnico speakers are available with or without an end bell (purchased separately). The end bell is for aesthetics only and has no effect on the sound of the speaker. 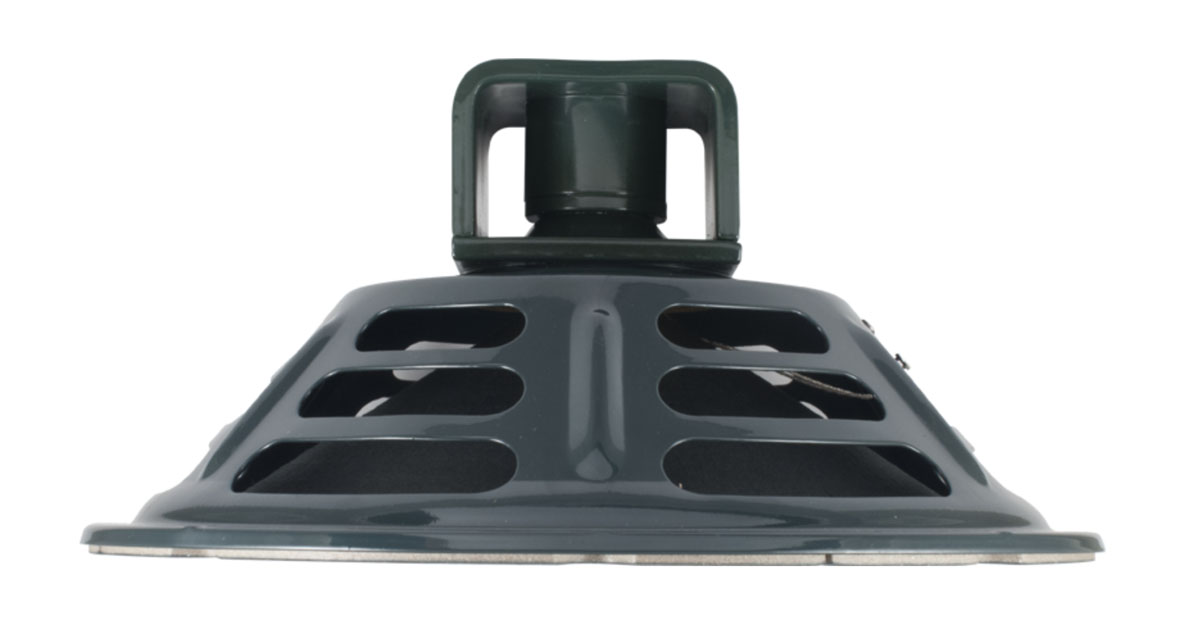 The P10R-F is a 10” speaker with 8 Ω nominal impedance and a rated power of 25 W with a sensitivity of 92.5 dB at 1 W/1 m. The Alnico Magnet is complemented with a copper voice coil winding with kapton former and paper used for the cone. The dust dome material is non-treated cloth and the basket is made of pressed sheet steel.
jensentone.com
related items