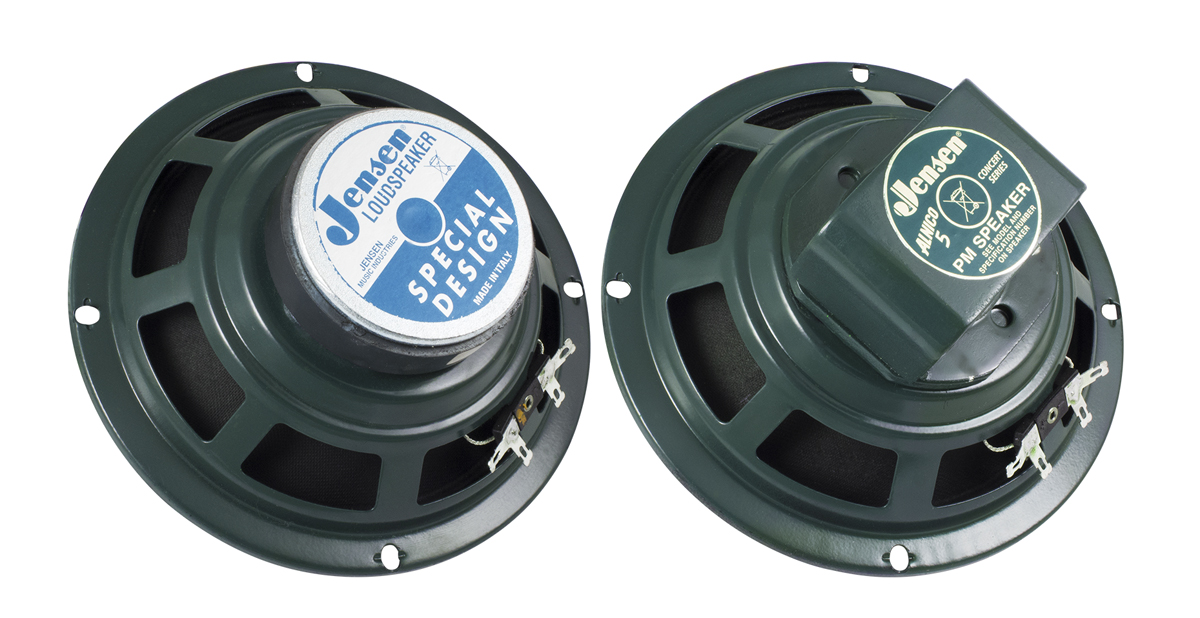 The P6V features an Alnico magnet and is described as delivering “warm, clean tone with sparkling highs.” The C6V features a ceramic magnet and offers “extremely versatile, warm clean tone and firm with top-end chime” which remains strong and articulate when presented with overdrive distortion. Both speakers emanate classic vintage tone and are available in 4 and 8 Ω.

Jensen Vintage reissue speakers have the classic look and vintage tone of the original Jensen speakers of the 1950’s and the 1960’s. The reissue of these new speakers demonstrates Jensen’s ongoing tradition of delivering what players are seeking in tone.

Since, in the mid-1940s, Leo Fender developed one of the first guitar amplifiers and chose Jensen speakers, throughout the 1940s, 1950s and most of the 1960s, Fender, Ampeg, Gibson and all the other major amplifier companies used Jensen musical instrument speakers. Jensen ceased production of their loudspeakers in the late 1960s but, in the late 1990s, under a licensing agreement, Italian speaker manufacturer SICA Altoparlanti, resumed production of the legendary brand. These Jensen “reissues,” after intensive research and analysis, are made to the same specifications as the originals.
jensentone.com
related items