HearNotes, a San Francisco-based startup, is betting strongly on mobile audio technology. Introduced at the CES 2015, the HearNotes WireFree Earbuds are engineered with Kleer technology, which delivers lossless CD-quality audio with minimal power consumption and enhanced transmission range.
HearNotes announced its new WireFree Earbuds Universal Edition concept for superior mobile audio at the 2015 International CES in Las Vegas. The San Francisco-based startup says this advancement in portable audio “designed for anyone who listens to music on the go and is frustrated with tangled wires or the limitations of wireless alternatives”, is a breakthrough solution that “vastly surpasses Bluetooth counterparts.”

The HearNotes WireFree earbuds use Kleer wireless technology for wireless audio transmission, offering a mobile music experience with superior audio quality, unprecedented convenience and comfort in earbuds — meeting a longstanding market demand for such an evolution in the headphone industry.

Kleer technology (licensed by Microchip) transmits uncompressed wireless audio that is superior to Bluetooth. The HearNotes WireFree earbuds are able to receive audio at a range of 25-50 feet from the transmitter and offer four-plus hours of playtime. Also, there’s no need for clumsy Bluetooth “pairing” procedures, there are no latency issues or signal interference. The earbuds are designed for a comfortable fit, perfect for exercise. 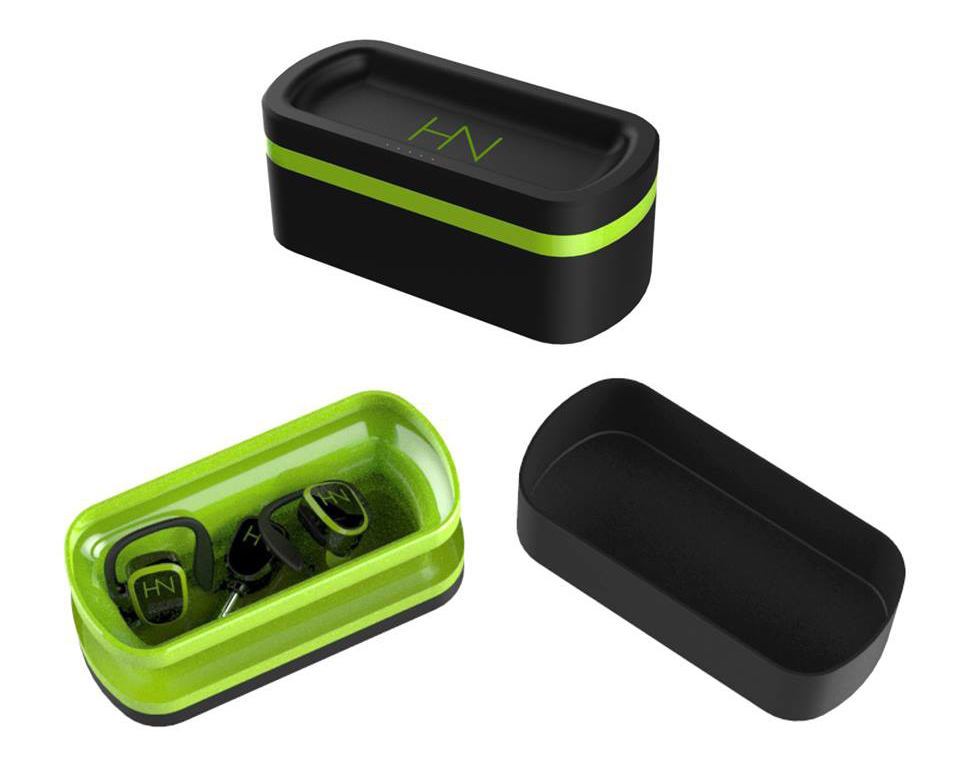 “We’re cutting all the wires – not just from your earbuds to your device, but also from ear to ear,” says Patrick Donohue, Founder and CEO, HearNotes. “The revolutionary technology and design enhances your music, your way: the songs you love, wirefree, streaming in crystal clear high fidelity with a new standard of mobility and freedom so you can finally cut loose.”

The HearNotes package is expected to be in retail channels very soon with an MSRP of $349. It includes a pair of WireFree earbuds, a transmitter that plugs into any 3.5mm headphone jack to instantly transmit wireless audio to the earbuds, and a charging pad that inductively charges the earbuds and transmitter, and also serves as a protective carrying case for secure storage and transport.

In addition to the HearNotes earbuds debut, at the CES 2015, HearNotes is also introducing other new wearable products.
HearNotes founder and CEO, Patrick Donohue says that, “although the U.S. stereo headphone market is valued at more than $2 billion, the core technology has remained strangely underdeveloped, and a shifting landscape has unveiled a vast segment of consumers that are savvier than their predecessors and for whom sub-quality mobile audio is not acceptable.” 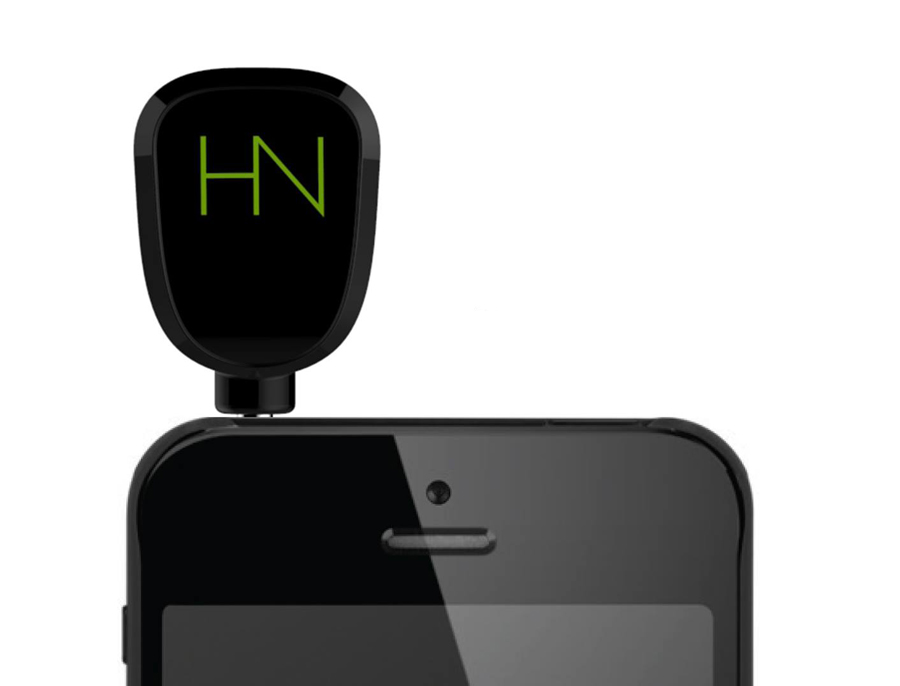 More about Kleer
Kleer technology allows streaming non-compressed digital audio for up to 4 receivers from the same transmitter. Kleer radio protocol has also been extensively tested to avoid interference from WLAN, Bluetooth, DECT, etc. Kleer technology only requires 3MHz in the 2.4 GHz band for CD quality audio. This means it can use channels that are between the bands that wireless LAN’s use and can also use channels right at the edge of the band that are not used by wireless LAN’s. Tests on the Kleer radio have shown that there is no loss of audio with Kleer even if there are 3 wireless LAN’s using all available channels nearby.

According to HearNotes, a Kleer based earbud will be smaller and lighter than one using Bluetooth technology. This is because the Bluetooth radio needs more power and has to use a larger, heavier battery. “A Kleer based wireless earbud can operate for 10 hours with an 80mAhr coin cell type battery. A Bluetooth radio will operate for less than 1 hour with this size coin cell,” they explain.

Kleer Semiconductor, originally from Cupertino, CA, was acquired by SMSC in 2010. The company had established already important relationships with major consumer electronic brands (such as Sennheiser, TDK, etc.). In 2012, SMSC was acquired by Microchip, which currently licenses the technology as Kleernet.
www.hearnotes.com
related items