In its continuing effort to compete with every single technology company on Earth in order to expand its own software and services ecosystem, no matter the cost, Google announced a new set of hardware launches. Among the products announced there’s a $35 Chromecast Audio device that turns any powered speaker into a networked wireless audio system via Wi-Fi, with support for Spotify Connect direct streaming.
Google continues to announce hardware devices in all fronts, competing with every single company on the planet, in particular those that adopt - and depend upon - its own software tools and operating system. With the announcement of two new Nexus phones (one made by LG and another by Huawei) to compete with Apple’s iPhone and further destroy Samsung’s ambitions; a tablet to directly compete with Microsoft’s Surface and disrupt its cloud-based Office 365 strategy; and an updated version of the Chromecast television connectivity box, to further undermine all commercial efforts from Smart TV manufacturers (some of which are fully engaged on the adoption of Android - poor Sony…), Google continues to disrupt the market in the worse sense.

The new hardware products are not “reference projects” any longer and Google seems to have carefully planned the announcement’s timing and tone in order to maximize its impact. Products are shipping now and their naming and market positioning are all clearly targeted at “backstabbing” all its competitors and allies. As Google explains “we made Android to be an open platform that anyone can build on, and today there are 4,000+ Android devices in all shapes and sizes. Android’s diversity is why it’s become the most popular mobile platform in the world. While we love all the Android devices out there, every year we build Nexus devices to show off the latest and greatest, directly from the people who built Android. Today we’re introducing the latest Nexus treats, both running Marshmallow, sweetened by amazing apps and sandwiched by some cutting-edge hardware (see what we did there?)” - Yes, we see it. Clearly.

Among the new hardware product launches, Google announced a new improved version of Chromecast, changing from the design of the inconvenient previous HDMI “dongle”, into a disk-shaped device easier to plug into TVs with crowded ports. It supports the latest Wi-Fi standards (dual mode), adapts more easily to changing Wi-Fi network conditions and supports higher quality video (1080p) with less buffering, while at only $35 it remains the lowest price of any similar device - competing directly with the new Amazon Fire TV at $99, for instance. 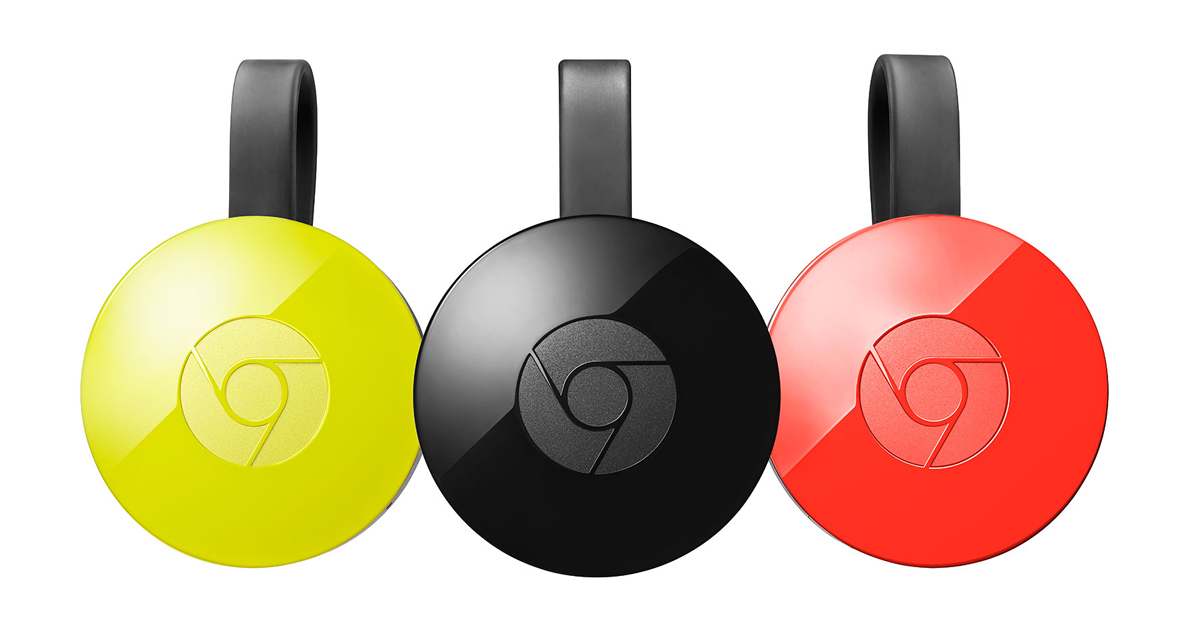 The original Chromecast is said to have sold nearly 20 million units - which is not surprising, considering that it completely disrupted the digital signage industry where companies bought it in thousands in order to replace embedded PCs and smart boxes of all types to simply connect informational screens. While many consumers just played with it - much in the same way as many consumers did with the original Apple TV - the device completely disrupted an industry, which was never intended to address, converting digital signage companies into lower-margin Android app businesses and providers of content services. 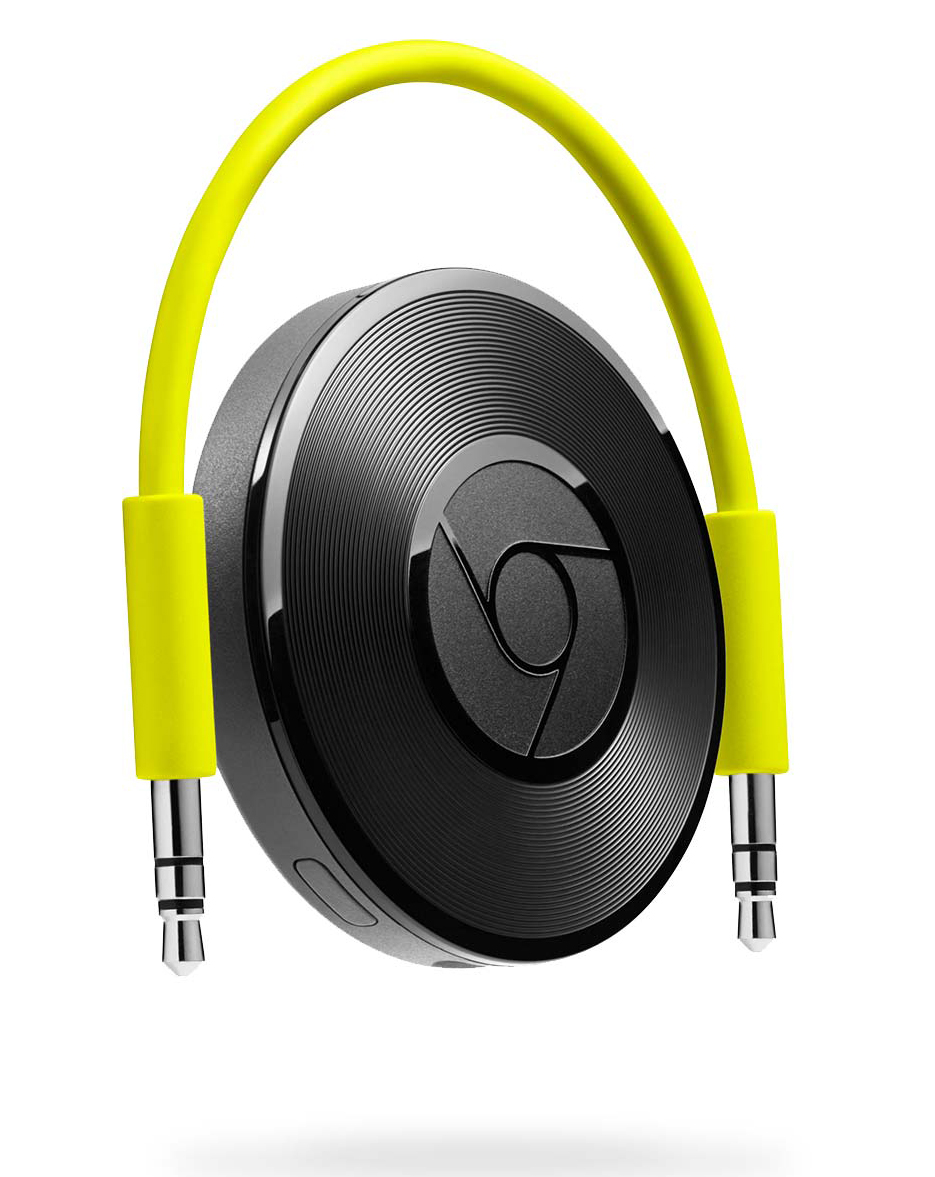 Now the company managed by Eric “The Mole” Schmidt does it once again, with the launch of the Chromecast Audio, a small device that plugs into our existing speakers, so we can stream music, radio and podcasts over Wi-Fi, similar to Chromecast. The small device connects to the mains and directly plugs into any speaker/system with RCA, 3.5mm jack or optical input for streaming music. Once set up, the device is simply controlled using an iOS app on iPhone, iPad, or an Android app for any compatible phone and tablet, Mac and Windows computers, or Chromebook device.

Google did not provide any additional information regarding the built-in DAC or audio specs but says that Chromecast Audio will not re-encode or re-compress the audio stream, allowing for the “best quality” originated by the source (assume compressed streaming only). Chromecast Audio also supports direct streaming straight from the cloud, supporting Spotify Connect, and music services like Pandora, iHeartRadio and Rdio, apart from Google’s own Play Music service - which intends to revitalize. Since it connects directly to Wi-Fi, the remote devices can simply be used to search, play, pause, queue songs and turn up the volume, and are free to answer calls and operate normally without disturbing the audio streaming. 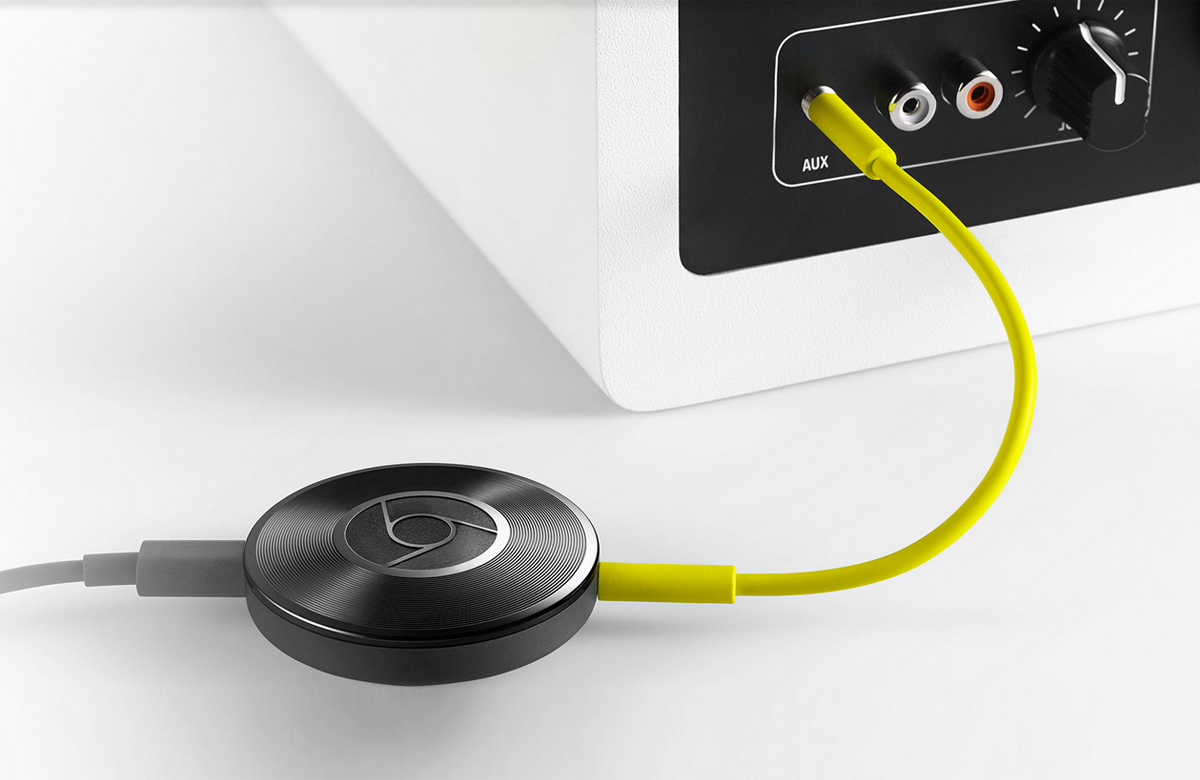 With a price tag of only $35, Chromecast Audio will allow users to buy as many as they need to connect multiple speakers. Functionality depends on the controlling app, which means in the very near future it will be possible to configure multi-room and multi-zone support for whole-home systems. This will be a serious blow to many companies operating in this space, which, like Sonos, also sold speaker-to-network connectivity devices at 10x the price of Chromecast Audio. To differentiate, those companies will have to start designing higher-spec wireless speakers, get out of the speaker business all together and just sell “boxes” or go full-throttle and adopt superior uncompressed/high-resolution wireless audio solutions such as WiSA.

As we repeatedly wrote in our wireless audio streaming series of articles (audioXpress Standards Review column), Wi-Fi-based streaming is clearly the choice for home-audio applications, instead of Bluetooth. While Bluetooth is the ideal choice for battery-operated low-power portable devices - which will continue to be the only market left for the thousands of manufacturers designing Bluetooth speakers - with the availability of Chromecast Audio for $35, there will be no longer a price positioning for low-cost Bluetooth speakers in the home. And we have no doubt that Chromecast Audio will be quickly reverse-engineered and replicated - even though even the smartest Chinese manufacturer will have trouble finding a margin if they intend to sell it for less than 35 US dollars.

Otherwise, we have no doubt that Chromecast Audio will sell millions - and that by itself is something totally new - while the music streaming services like Spotify will be the main beneficiaries from this.
www.google.com/chromecast/speakers/
related items