Auro Technologies announced a partnership with Eleven Dimensions Media, who will be distributing the Auro-3D Creative Tool Suite through their reseller networks. The suite consists on a series of production tools, including 3D panning and mixing plug-ins, with support for all Auro-3D formats and various Surround formats, as well as encoding with the Auro-Codec.
Auro Technologies was the first company to bring Immersive Sound to the market, adding the height dimension all around the audience with an end-to-end solution for a range of markets. The Auro-3D concept and listening formats with Auro-3D’s unique three-layered speaker array, were designed by the founder and CEO of Galaxy Studios and Auro Technologies, Wilfried Van Baelen. The Auro-3D Creative Tool Suite allows to add immersive 3D sound to any existing production workflow, whilst making the 3D content available through a standard PCM single file distribution, played back via existing standards such as DCP in digital cinema, or via Blu-Ray for the home theatre to reproduce in each channel High Resolution Audio to experience the sound like it was intended by the creators. 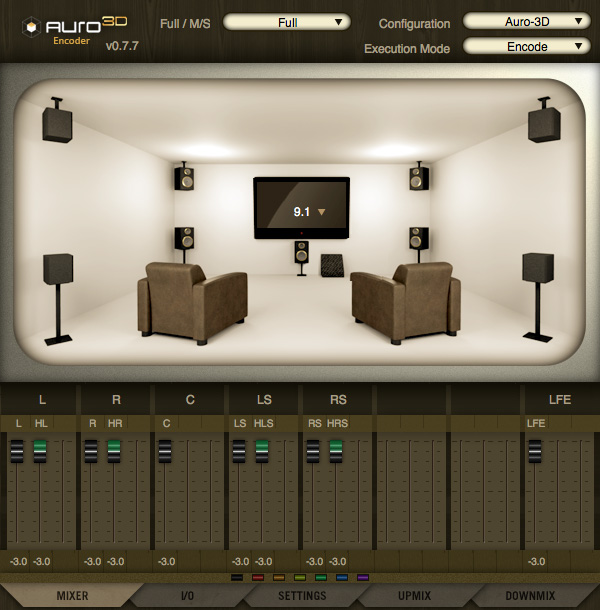 Eleven Dimensions Media offers over 20 years of experience in international sales, marketing, distribution, business development, strategic planning, and public relations to companies worldwide. They are a pioneer in the development of new technologies and highly specialized in partnering and working with hi-tech audio hardware and software companies.

“We are happy to be working with Auro Technologies because the development of Auro-3D is an excellent example of the highest achievement in audio excellence and the direction in which sound is heading.” says Jason E. Davies, President and CEO of 11Dimensions Media. Headquartered in Petaluma, California, Eleven Dimensions Media is in close proximity to San Francisco and Silicon Valley, while being just a day’s drive from the busy production studios of Los Angeles.

“We are proud to announce our partnership with 11Dimensions Media, a company so innovative and dedicated to the future of sound” said Wilfried Van Baelen, CEO of Auro Technologies. “We are glad their customers can now create their own Auro-3D content and explore the endless possibilities of 3-dimensional sound layers.”

The Auro-3D® Creative Tool Suite
The Auro-3D Authoring Tools consist of a set of plug-ins which now includes 3D panning and mixing, with support for all Auro-3D formats and various Surround formats, as well as encoding with the Auro-Codec. A basic Auro-3D session consists of the Auro-Panner, Auro-Bus, Auro-Mixing Engine, and Auro-Return plug-ins.

Each plug-in is inserted on its own DAW audio track and connects to the A3DHost processor. The Auro-Panner sends its track’s audio to a selected Auro-Bus, which routes the signals to one or more Auro-Mixing Engines. The Auro-Mixing Engine allows to set Auro-3D and downmix configuration settings, mixes the audio, and then sends it back to the DAW using the Auro-Return plug-ins for monitoring and bouncing of the mix. It also contains the Auro-Codec Encoder to immediately output the encoded deliverable. The tools already have object-based capabilities which will be released as soon as the new open OBA (Object Based Audio) standard is defined by SMPTE. 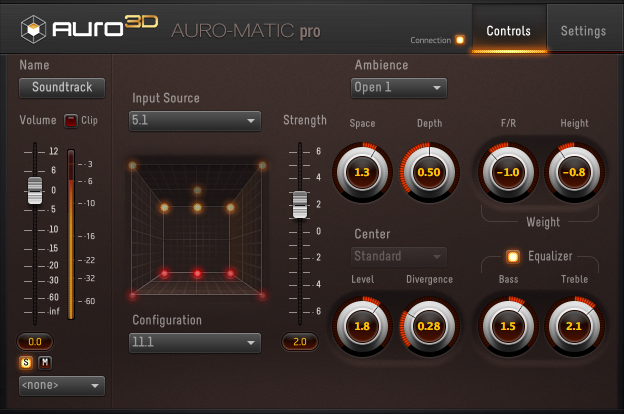 This set of plugins is designed to be easily integrated into any existing content-creation workflow, while solving many technical limitations present in DAW stations, such as limited bus widths and the lack of 3D panning. All tools allow the creative mind to work within the uncompressed audio domain, and multiple masters (in different formats) that can be mixed at the same time.

When combined with the adaptive Auro-Matic Pro, an upmixing plug-in, a process is initiated that puts the original recording in a 3D environment with acoustical properties that closely match the original recording. Depending on the content, more or less spatial cues can be detected for the 3D extrapolation algorithm, resulting in slightly different experiences. The result can be adjusted to the type of content, as well as to the listeners’ taste. Four presets are provided, each defining a different set of starting parameters for the analysis and emphasizing a different type of the experience.
www.auro-3d.com | www.11dmedia.com
related items