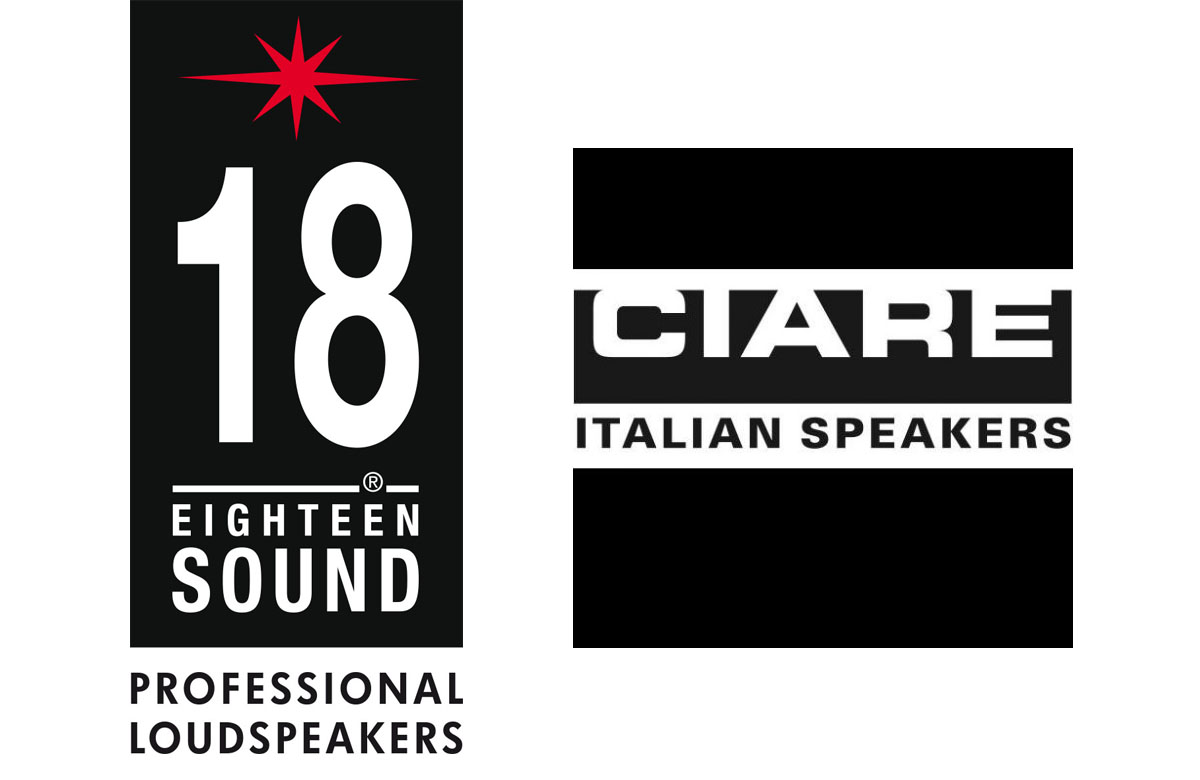 According to Giacomo Previ, director of global sales for Eighteen Sound, this acquisition is “a direct response to our assessment of our product line offerings and will allow us to offer a broader pallet of products. Eighteen Sound will revitalize and strengthen the brand, while maintaining its focus on the professional audio marketplace. The Ciare brand will be maintained autonomously and continue its storied 70 year history while catering to its loyal client following and maintaining its solid performance standards.”

Apart from extending the product portfolio considerably with new home-audio and car-audio market segments as well as an extended range of pro-audio drivers, including midwoofers and high-frequency drivers, Ciare’s acquisition could also extend considerably Eighteen Sound’s manufacturing capabilities in components and materials where traditionally the Reggio Emilia company relies on external suppliers. Nevertheless, the acquisition of Ciare’s manufacturing facilities and other company assets is still pending and is one of the reasons why the negotiations between the two companies have extended since the first distribution agreement announced in June 2015 and the acquisition of the brand, confirmed six months later.

5 Year Growth Strategy
Eighteen Sound was founded in 1997 by Vincenzo Baroni and Ivan Paterlini, the owners and founders of AEB Technologies, an alternative fuel company also from Reggio Emilia (Cavriago), Italy. AEB wanted to diversify their activities and saw the opportunity to support a group of loudspeaker engineers that had left RCF at that time. Since its inception, Eighteen Sound focused on high‐end professional audio applications, with a catalog composed mainly of LF Transducers and HF drivers in both neodymium and ferrite versions, as well as coaxial drivers and line array waveguides, horns and crossovers. Eighteen Sound is now part of the Landi Renzo Group, a large industrial conglomerate, active in the energy, automotive and robotics industries, since the acquisition of AEB Technologies in 2010.

With the appointment of Pierpaolo Marziali as the new CEO, in October 2014, Eighteen Sound started to pursue expansion opportunities and growth strategies, following a 5 year Business Plan established by the Landi Renzo Group board. In 2013, Eighteen Sound moved to its new Reggio Emilia world-class setting and production facilities, and announced its organizational independence from the corporate structure of AEB Technologies. In this process, they hired Jeffrey Cox, former vice-president of pro audio for Loud Technologies (EAW, Mackie, Martin Audio) to help with worldwide marketing and business development, with particular emphasis on North-America.

The announcement of a strategic agreement with Ciare, made during the InfoComm 2015 show, allowing Eighteen Sound to control worldwide sales of Ciare’s products, coincided with the appointment of Jeff Cox as Director of Sales North America and was made in target with Eighteen Sound’s strategy to broaden the scope of its product line and expand its access to new global markets through Ciare sales channels worldwide.

As Eighteen Sound’s CEO, Pierpaolo Marziali, stated at the time, “By aligning Eighteen Sound with another loudspeaker manufacturer from Italy, we are expanding our product offerings and sales channels, which will allows us to continue to grow our worldwide presence and capabilities in the OEM marketplace, supplying the finest designers and manufacturers around the world.”

New Times for Ciare
Ciare (Costruzione Italiana di Apparecchi Radioelettrici) was founded by electro acoustic engineer Dino Giannini in 1947. The company manufactures almost all driver parts, including paper pulp cones and silk and titanium domes internally and is respected in the market for its research and development efforts and expanded product line serving both professional and consumer requirements. Affected in recent years by the instability of the Italian domestic market, Ciare was absent from the 2015 Prolight+Sound show in Frankfurt and there had been already rumors in the industry about approaches from other Italian loudspeaker driver manufacturers.

According to Eighteen Sound, Ciare’s strong B2B and consumer divisions will marry well with its own product offerings and expansion strategy. As stated already by Jeff Cox in the June 2015 announcement, “Our intention is to grow this significant product base and offer it as a solution to clients of Eighteen Sound that have cost consideration as a primary concern.”

“The brand acquisition is strategically aimed at repositioning the Ciare name,” says Pierpaolo Marziali. “It is a fundamental step of a broader Eighteen Sound initiative to widen our product offering and client base. With the Ciare brand we will be able to utilize our engineering expertise as we expand into the mid-level segment of the sound reinforcement marketplace, as well as providing to the hi-fi and automobile markets.” www.eighteensound.it
related items