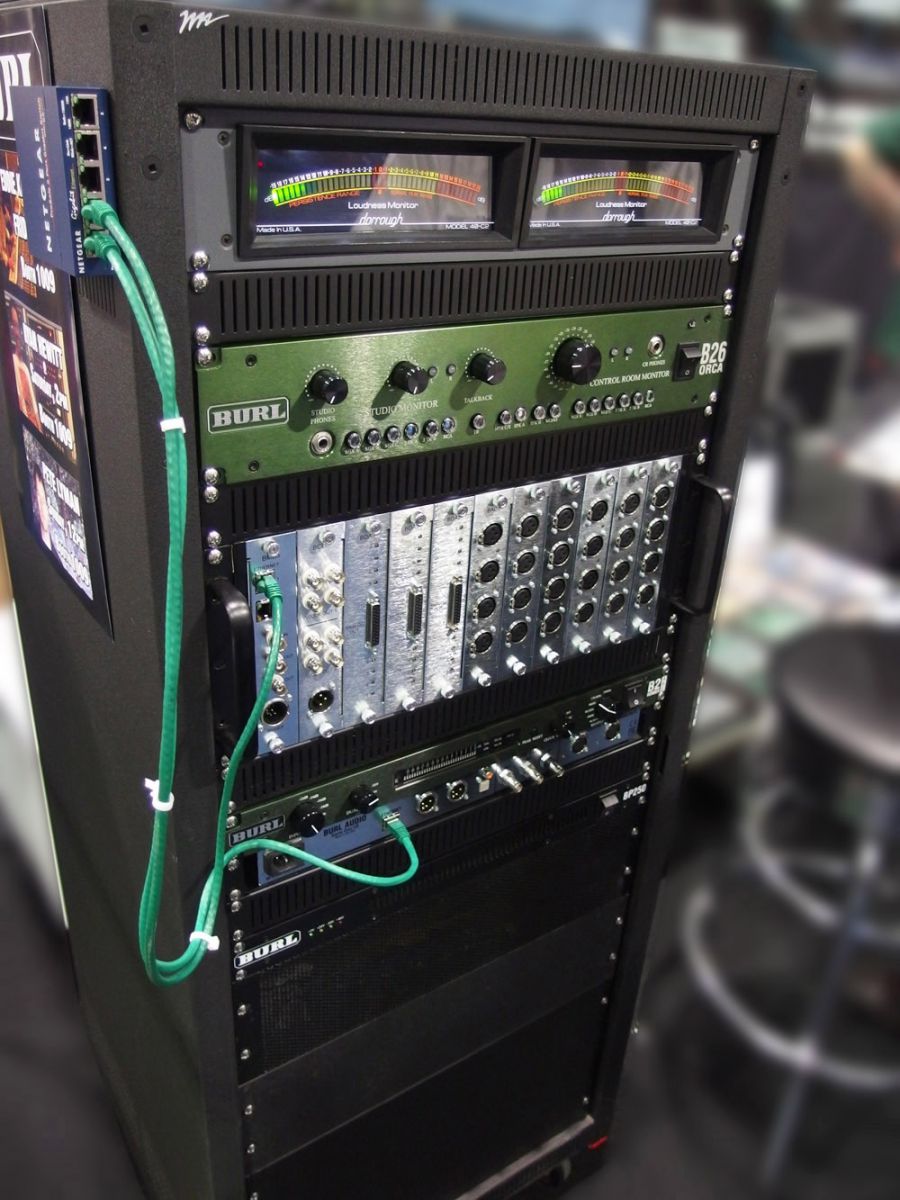 The company, known for its converter design with Class A analog audio circuits has adopted Audinate’s audio-over-IP format, allowing for any number of interfaces and computers to speak to one another on a standard network and route digital audio to allow true multiroom integration.

According to Burl Audio engineers present at the Los Angeles convention, the company opted for Dante because of its high channel count, low latency and fully networkable audio-over Ethernet technology and because there are now many audio brands coming up with a multitude of ways to use Dante, allowing for Burl Audio’s high-quality converters to “speak to them all and they all can have the BURL sound.”

As the company explains, “until now digital audio routing has been limited by point-to-point digital connectivity, which was either proprietary, or based on outdated standards with limited run lengths. The audio world has been waiting on a modern audio over Ethernet standard, and while others debated, Audinate acted and delivered. Running multiple B2 Bombers and B80 Motherships from any computer with an Ethernet jack is now possible. And now any digital gear including mixing consoles with Dante can now directly interface with the B80 Mothership and the B2 Bombers.”

Burl Audio’s B80 Mothership was designed to redefine digital recording adding the soul, warmth and musicality other converters were lacking. The B80 Mothership features the same analog class-A circuitry of the two-channel B2 Bomber converters in a modular AD/DA system with up to 80 analog channel capability. Using a card based system, and a heavy duty 4U chassis, the B80 Mothership employs 10 card slots with 2, 4 and 8 channel AD/DA cards. Every ADC channel uses a proprietary BX1 transformer and every DAC channel has the latest Burl Audio discrete op-amp, BOPA2. 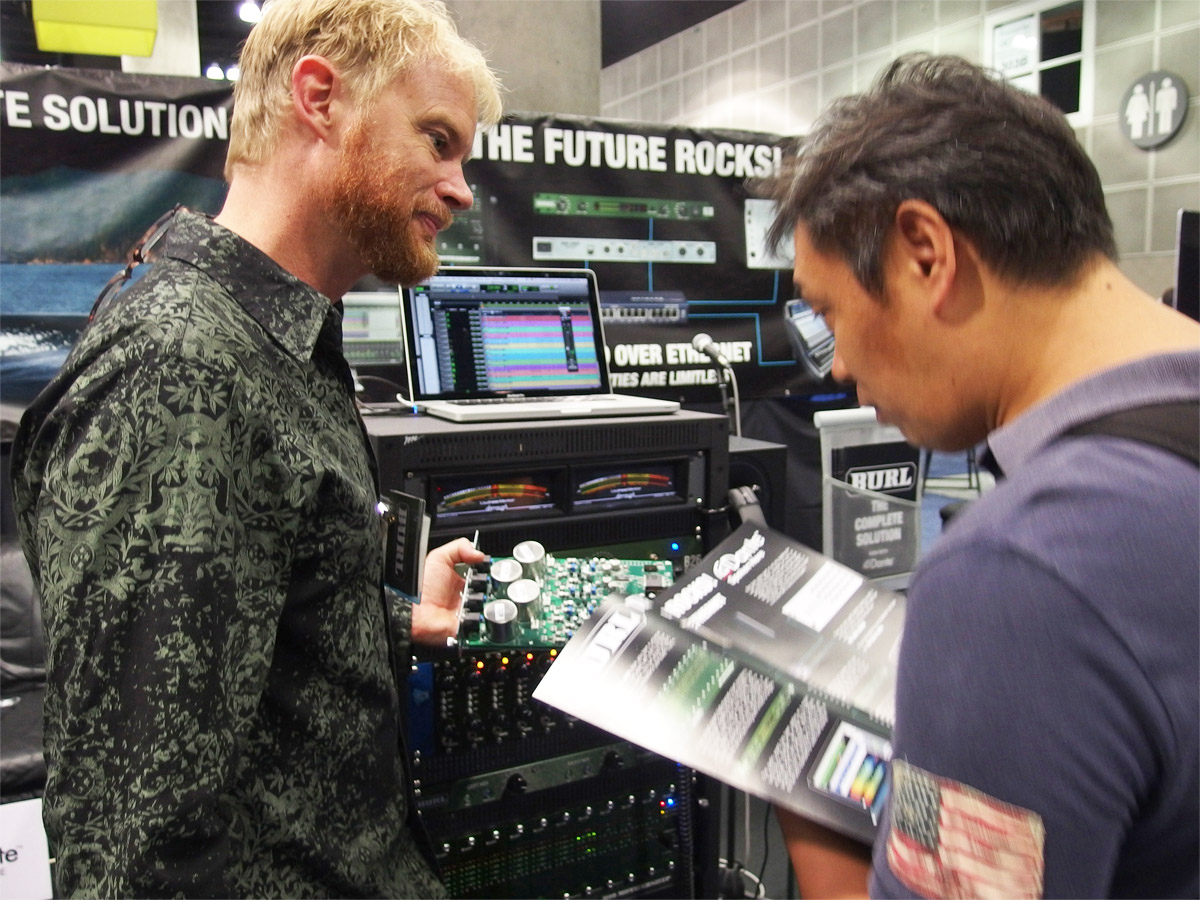 Digital interconnect is also completely configurable, and controlled by a swappable motherboard. Burl Audio now offers three digital motherboards, the BMB1 (DigiLink for Pro Tools) , BMB2 (MADI) and BMB3 (Dante). The BMB3 board features two Ethernet ports for use with Dante enabled DAWs and any Dante enabled device, such as a digital mixing console. With two Dante ports, 64in/64out at 44.1k, 48k, 88.2k, 96k, and 32in/32out at 176.4k, and 192k are supported.

This means that all channels can run off of one internal master clock and, if more channels are needed, multiple B80 units can be integrated since each BCLK card adds 9 additional word clock outputs per slot using the Burl BackBone, a high bandwidth backplane that allows master clock to travel directly to each converter eliminating the need for individual PLLs.

This way, with the Dante integration, large facilities with multiple control rooms and studios are now able to implement easy access to each other and route audio to any outboard gear or connect one DAW to another studio’s AD/DA. If a band wants to monitor in the lounge, all signals can run over standard CAT5e or CAT6 through a gigabit switch and even 2 channel monitoring of a mix-down on a laptop becomes possible with Dante’s virtual sound card and an Ethernet jack.

Burl Audio embraced fully the Dante technology and, at the AES show, Burl Audio had several racks to demonstrate the concept, all featuring the company’s B26 ORCA Control Room Monitor system and B32 Vancouver 32 x 2 channel Mix Bus, based on their renowned discrete analog, class-A circuitry and new BX5 output transformers, with signals connecting to the B80 Mothership 80-channel configurable AD/DA converter. Also on display was the B2 Bomber 2-channel 192kHz analog to digital converter with Dante. The BMB3 board for the B2 Bomber ADC features two Ethernet ports for Dante and supports 64in/64out at 44.1k, 48k, 88.2k, 96k, and 32in/32out at 176.4k, and 192k.
www.burlaudio.com/burl-audio-with-dante
related items