Acustica Beyma, the recognized manufacturer of professional loudspeakers from Valencia (Spain), celebrates its 45th anniversary this year. This was also the 40th anniversary the company attended the Musikmesse and Prolight+Sound 2014 show in Frankfurt, and Beyma had lots of new products on display.
Acustica Beyma was established in 1969 as a familiar company. During its early years it was mainly focused in the Spanish market, initiating its international expansion in the early 70’s. The company attended the Musikmesse show in Frankfurt (Germany) for the first time in 1974 so the company had two good reasons to celebrate during this year’s show: 45 years of existence and its 40th anniversary attending the Frankfurt show.

Reflecting its 45 years of design and manufacturing experience with continuous investment in R&D and several proprietary patents, Acustica Beyma introduced this year a wide range of solutions during the Musikmesse and Prolight+Sound 2014 shows. 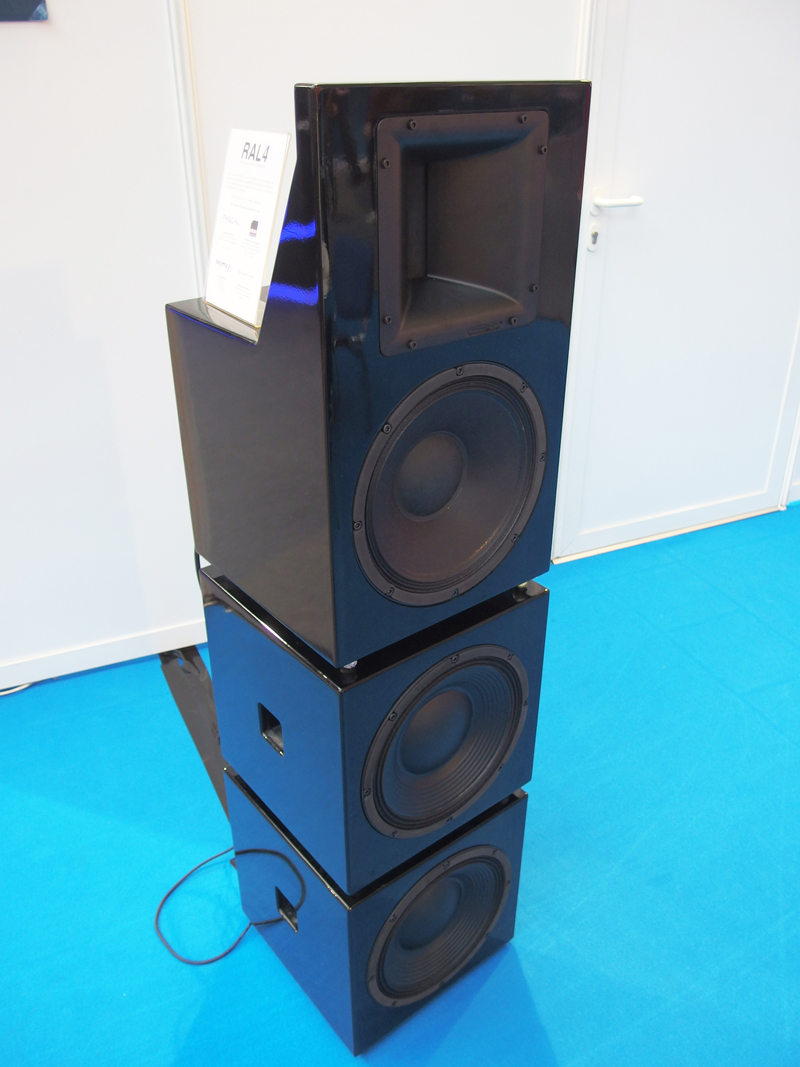 Apart from speaker components, Beyma displayed the Project RAL4, a Reference Active Loudspeaker, in collaboration with three other companies exhibiting at the Prolight+Sound 2014. The project involved Pascal amplification modules M-Pro2 (2x 800 W) and custom DSP processing from AllDSP, the same company who did the system integration for loudspeaker designer Mark Devlaeminck. For the RAL4 project Beyma supplied the TPL150H high frequency driver, the 12M100 medium frequency driver and 2x 12SW1300Nd woofers for the low frequency. 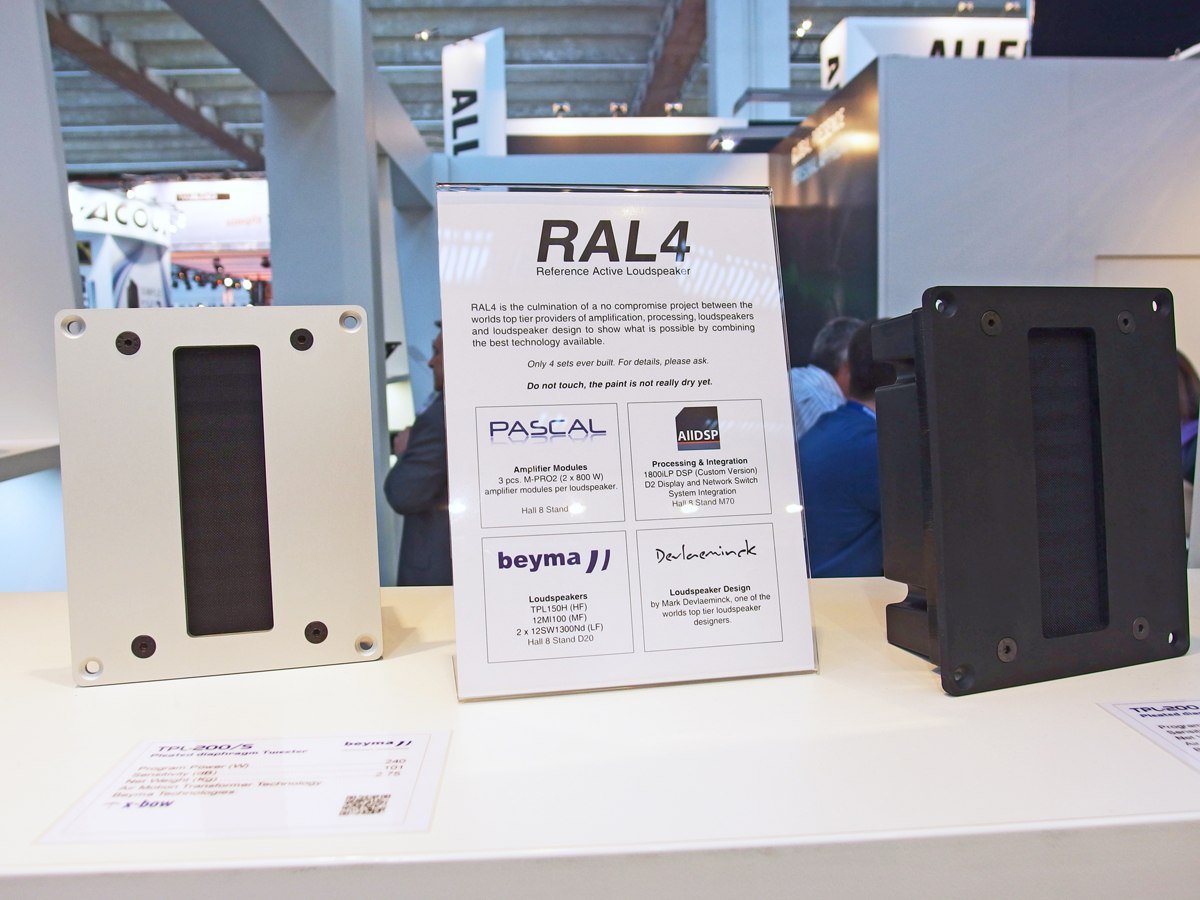 Among the new products was Beyma’s new MC500 woofer family, composed by three models, a 10” (10MC500), 12” (12MC500) and 15” (15MC500), all with very competitive features and top performance, designed with a 2,5” voice coil with ceramic magnet. Using Malt Cross, Beyma’s proprietary cooling system, the speakers handle up to 1000 W program power and reduce drastically the losses due to power compression effect. The application target is low and mid/low frequency programs, reason why the three models are prepared for large displacements (8mm Xmax) and very sensitive and linear in a wide band (above 97 dB 1w/1m), ideal for active systems and line arrays, as well as low frequency or midbass drivers.

A new technology applied to the products is the X-Bow technology, which is an improvement for increasing the total SPL of the Beyma’s pleated diaphragm tweeters, allowing the new model TPL-200 to feature an increased sensitivity and more power handling capacity. Three options were available, two with anodized aluminum front plate (black or metal finish, TPL-200B and TPL-200S) with wider horizontal coverage and one model with constant directivity horn (TPL-200H) for a more controlled dispersion. 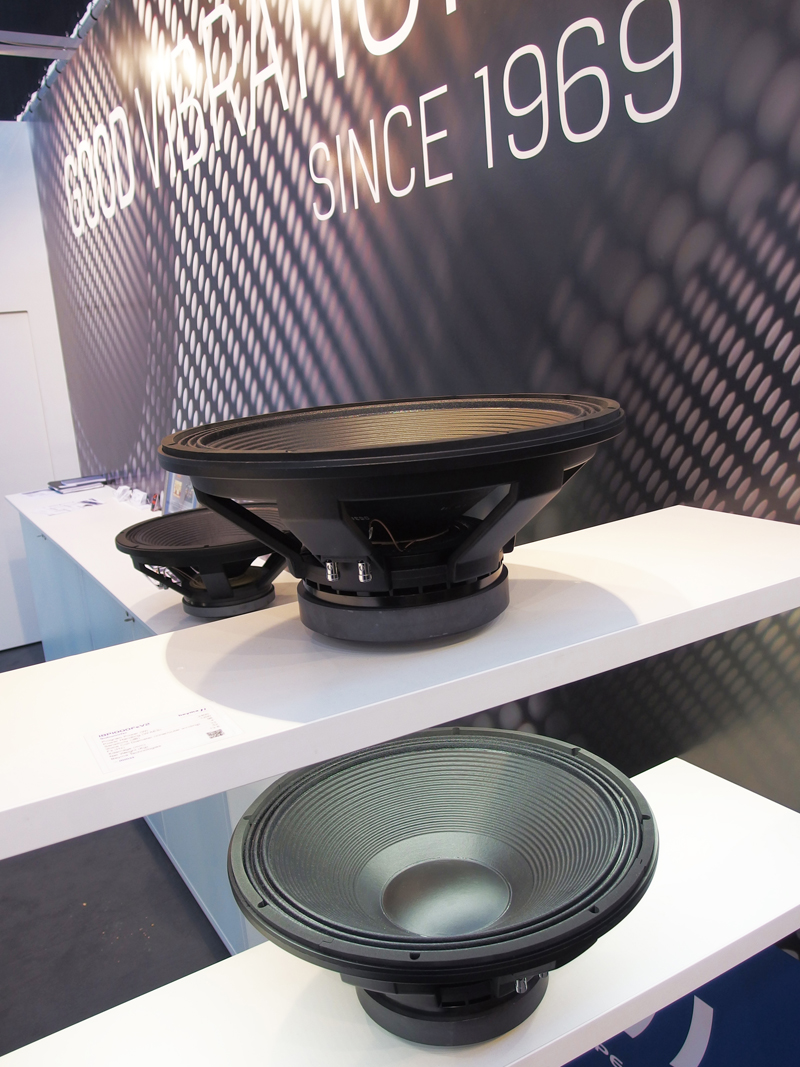 Also two new 18” subwoofers were available: the upgraded version of Beyma’s recognized 18P1000Fe model, and the new 18P1000FeV2 featuring an improvement in power handling (increased to 1200 W AES) while keeping an accurate and controlled bass performance. This later model features a redesigned magnetic assembly and convection circuit for enhanced efficiency and extremely low air noise, sounding even better than the previous model. The new 18PWB1000Fe subwoofer was designed to deliver a lower end and a deeper sound in Beyma’s 18” range. It is a 4” voice coil design with ferrite magnet and handles up to 2000 W program, with long excursion capabilities (12,5mm Xmax and 55mm peak to peak for mechanical displacement) and a low resonance point.

With a similar concept, Beyma’s 21” woofer 21PW1400Fe is able to more accurately balance the ratio between mass and inertia in a dynamic behavior, obtaining a better control in extreme mechanical displacements. Thanks also to the carefully designed motor and suspension system using Beyma’s MMSS technology, this low frequency driver is able to achieve high SPLs with extremely controlled transient response and low distortion (Xmax is ±10mm).

Extending its coaxial family, Beyma introduced a new top performance 10” driver, the new 10CX300Fe, designed for full range applications (50 to 20000 Hz is the usable range of the model). With extended low frequency response and accurate high frequencies thanks to the exclusive PM4 diaphragm, the new 10CX300Fe is ideal for high performance bass reflex cabinets. It is based on a common ferrite magnet design reducing the depth and weight of the unit but keeping high-grade performance in the whole band as well as controlled and linear excursions in the lows.

Finally, Beyma also introduced an improvement to its pleated diaphragm tweeter with the new TPL-150S and TPL150B, offering anodized aluminum finishing with the possibility of choosing between two options, black or metal.
www.beyma.com
related items