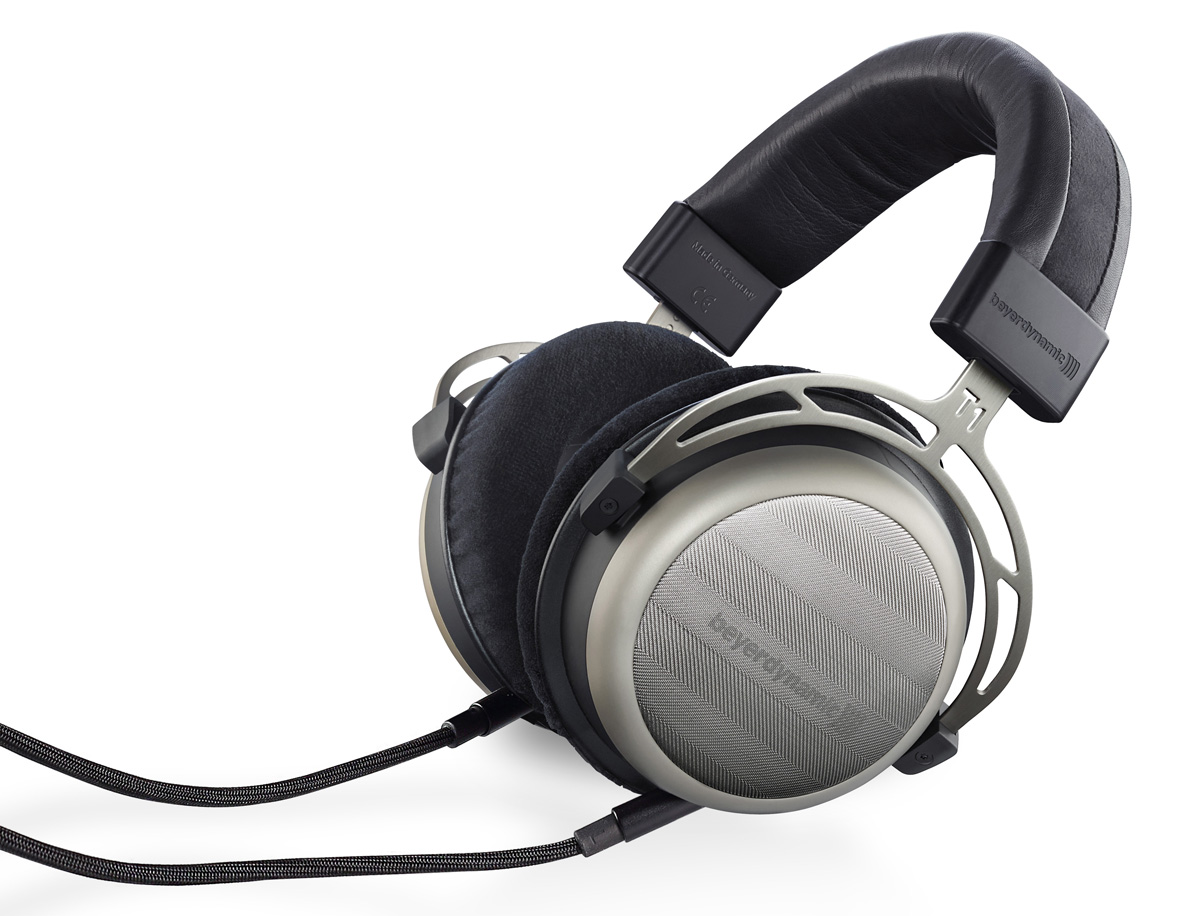 Hand-built and tested in the company’s headquarters in Heilbronn, Germany, the T 1 high-end headphones from beyerdynamic were received with praise and, since its launch in 2009, unanimously considered to represent the highest sound quality and precision craftsmanship example from the German brand. beyerdynamic established a reference standard in high-end headphones with its Tesla Technology, where the flux density of the magnetic field inside the transducer is far stronger (> 1,2 Tesla) than in standard headphones (< 0,65 Tesla), allowing the use of a smaller voice coil with a very high degree of efficiency and lower distortion. 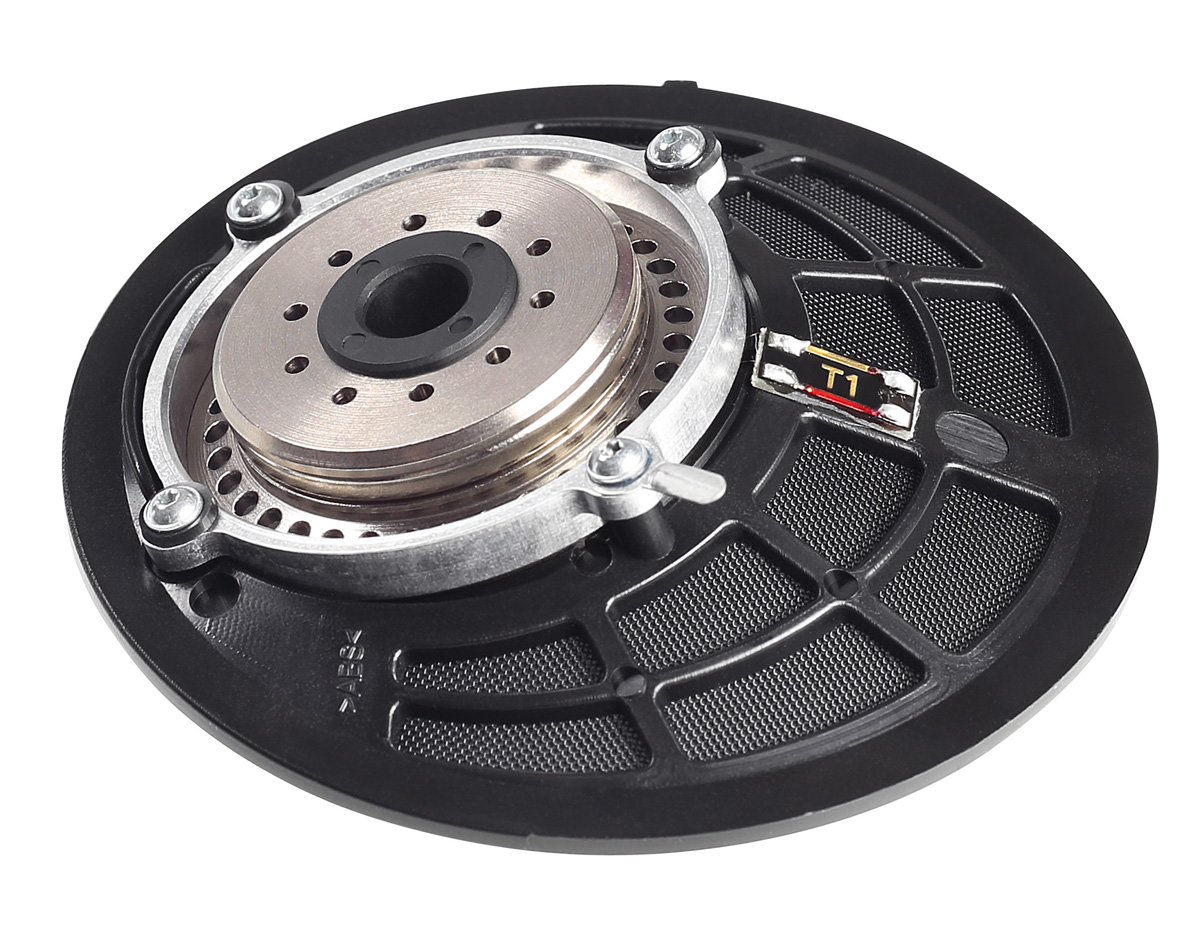 These powerful magnetic drives are able to compensate for the fundamentally higher voltage requirements of high-impedance moving coils. As a result, the T 1 with Tesla technology “reaches at-home listening volumes that other manufacturers would only be able to achieve using transducers of simpler construction and with significantly lower impedance”. As they explain, “Special machines and experienced employees at the company’s headquarters in Heilbronn are required to wind the coils. The wafer-thin copper wire is only around half as thick as a human hair.”

So it might seem surprising that beyerdynamic decides to update its “flagship” headphones for the high-end market but the reality is there were already well-know modifications being promoted - especially to the wiring and external chord - while some respected “reviewers” had pointed to “not enough bass” - which currently is indeed the topic of much debate considering the amount of sales achieved by bass-heavy headphones. Specifically referring to this tuning, Beyerdynamic says in its website that “carefully intensified bass gives fans of contemporary music, in particular, the low-frequency foundation that they are looking for.” 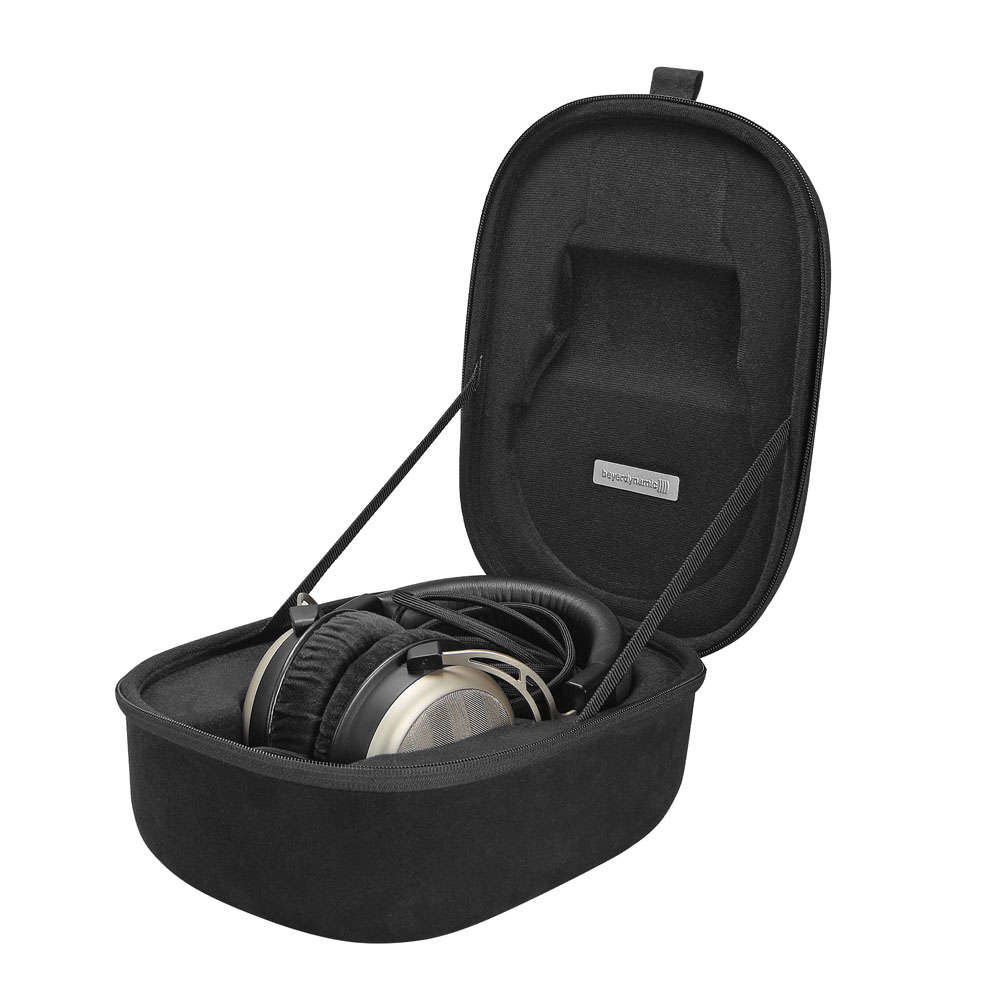 We could also say that Beyerdynamic decided to update the T 1’s because they needed to replace the original aluminum case included in the original model with a (lower-cost) “new luxury grade hard carry case” with a hinged lid, (shown in the picture :) The elegant appearance of the T 1 remains untouched, with the leatherette headband and open ear-cups covered with a delicate metallic grill design, already awarded with the “Red Dot design award” in 2010.

Whatever the primary reason for the update was, when developing the second generation of the T 1, beyerdynamic says they subjected their flagship model to some subtle but effective “fine tuning”, adding “silky-smooth warmth” and “precise bass”. Knowing the T 1 was precisely praised for its transparency and precision, “enhancing” it with “a touch more warmth and musicality”, as the company describes, might well be the result of the additional attenuation achieved by modifications required in the Tesla driver, which Beyerdynamic explains eliminates disruptive resonances in the high frequency range.

As the company also explains “in order to achieve the ultimate sound experience, we fundamentally optimized the form of the baffle and replaced the single-layer baffle material with a more stable, high-tech compound material. This minimizes vibration of the material to deliver even clearer sound reproduction. Music lovers will experience a solid, low-frequency foundation what they are looking for.”

A more visible and unanimous improvement is the textile-covered connection cable, now with a threaded jack plug (locking mechanism) to ensure optimum transmission. This new 3-meter cable is shielded over its whole length to provide the best emission and radiation protection. As Beyerdynamic says, “its conductors, made from ultra-pure OCC copper, are among the best in the industry.” The supplied lead can be removed from the headphones and, if required, exchanged for an optional cable with 4-pin XLR connector for balanced connections. The new edition now ships with a gold vaporized mini stereo jack plug (3.5 mm) & 1/4“ adapter (6.35 mm). 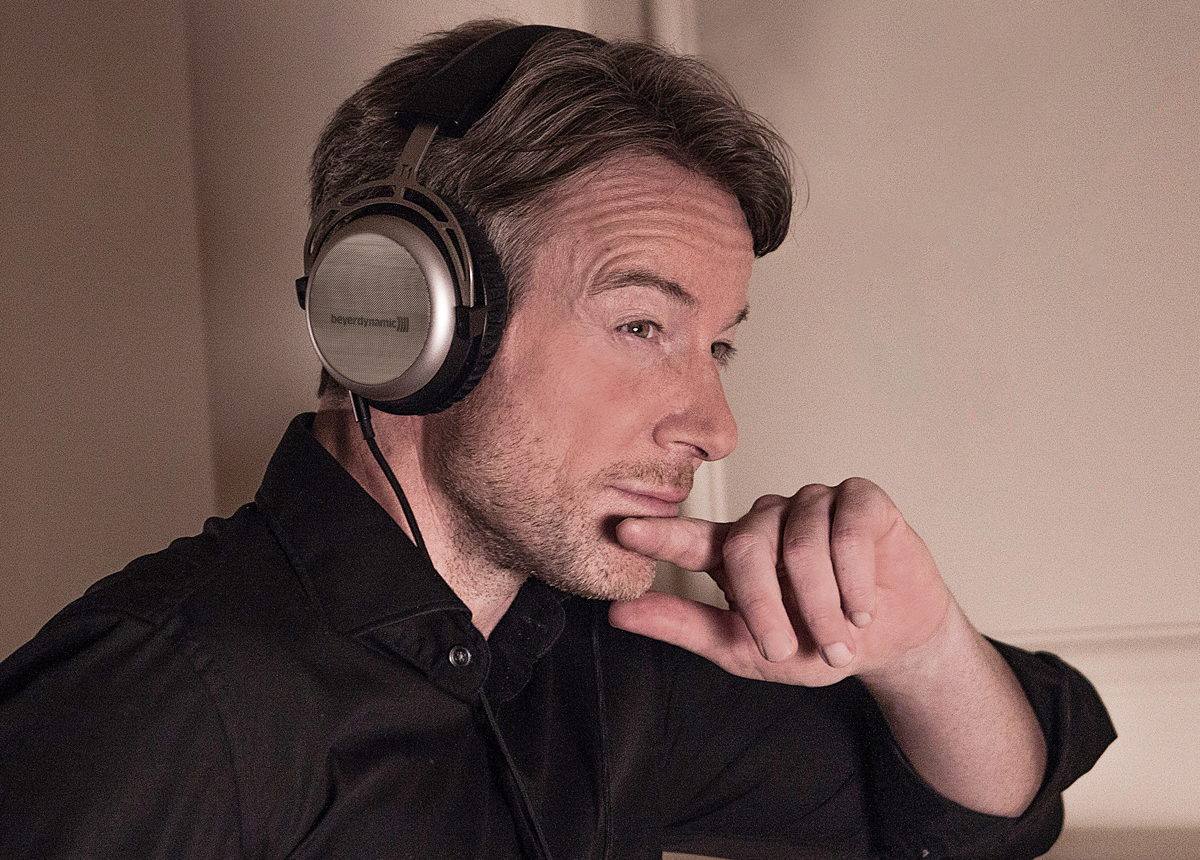 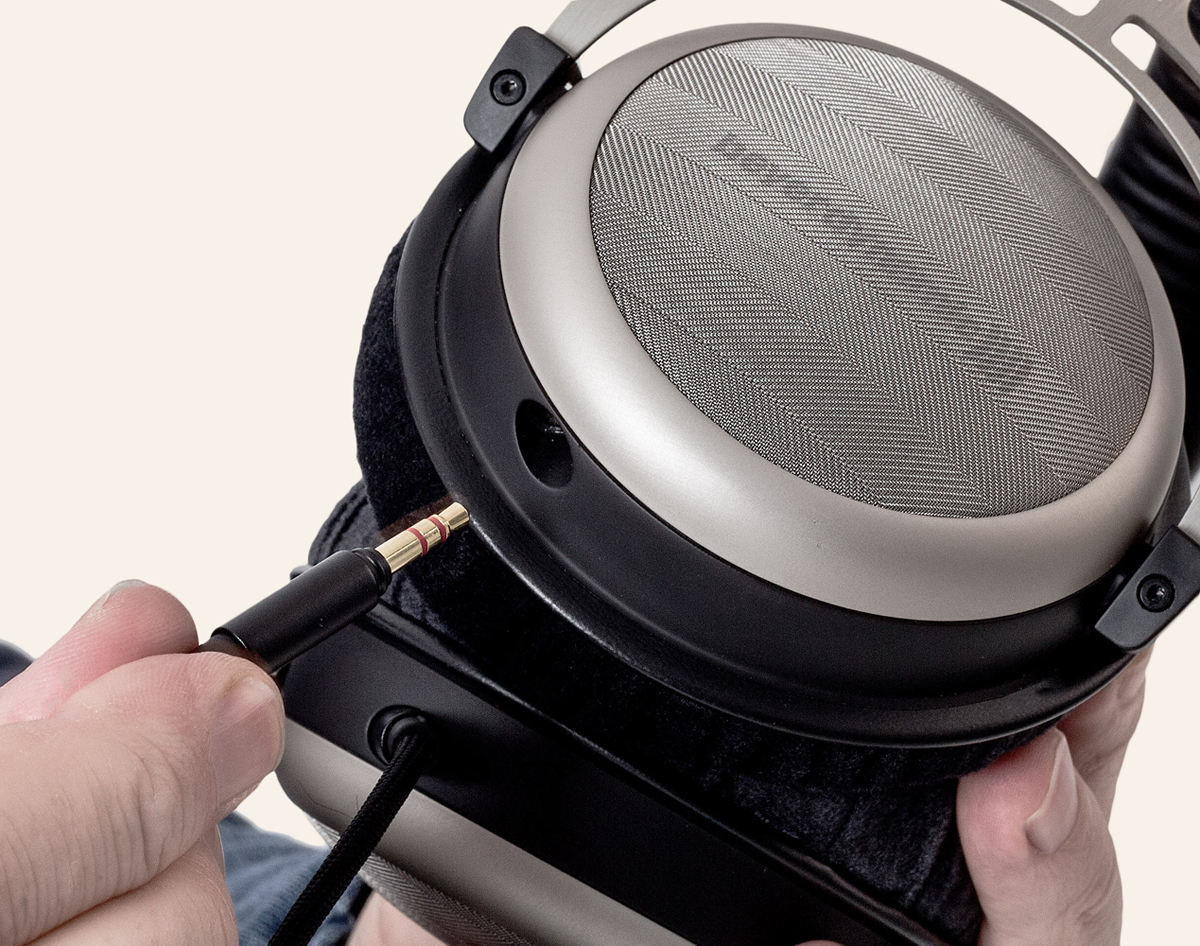 Two new ear cushions ensure a comfortable experience while listening to music for longer hours with the circumaural semi-open design. The brand explains those are now of fleecy velour made from hollow fibers to transport warmth and moisture away from the wearer’s head. A memory foam layer beneath the velour covers makes the cushions exceptionally soft.

Otherwise, the basic specifications for the T 1’s 600-ohm dynamic transducers remain unchanged: THD of < 0.05% (1 mW / 500 Hz), power handling capacity of 300 mW and maximum SPL of 126dB (300mW/500Hz). We are not completely certain but only weight seems to have been slightly increased from the original 350 g (without cables) of the original T1 to 360 g in the second generation. Nothing to be noted.

The new T 1 will be available from mid-August in specialist stores and online at a (recommended) price of 990 Euros.
www.beyerdynamic.com
related items