We’ve recently seen a series of announcements from Mackie and PreSonus introducing digital stage box format mixers - basically replacing the physical control surfaces with iPads and wireless control. In a way, challenging the tremendous success of the very affordable but extremely powerful Behringer X32 digital console family. In response, Behringer now announced its own X Air Series stage box format mixers.
The digital stage box format mixers with wireless tablet control concept will undoubtedly appeal to small live music spaces and bands, allowing an audio engineer total freedom of movement and, in fact, do without the traditional front-of-house position. The most important mixer manufacturers saw this coming, since many live sound engineers started relying on the existing wireless tablets and apps to move around the house, while musicians are now becoming familiarized with the concept of wireless mixing for their own monitoring needs. 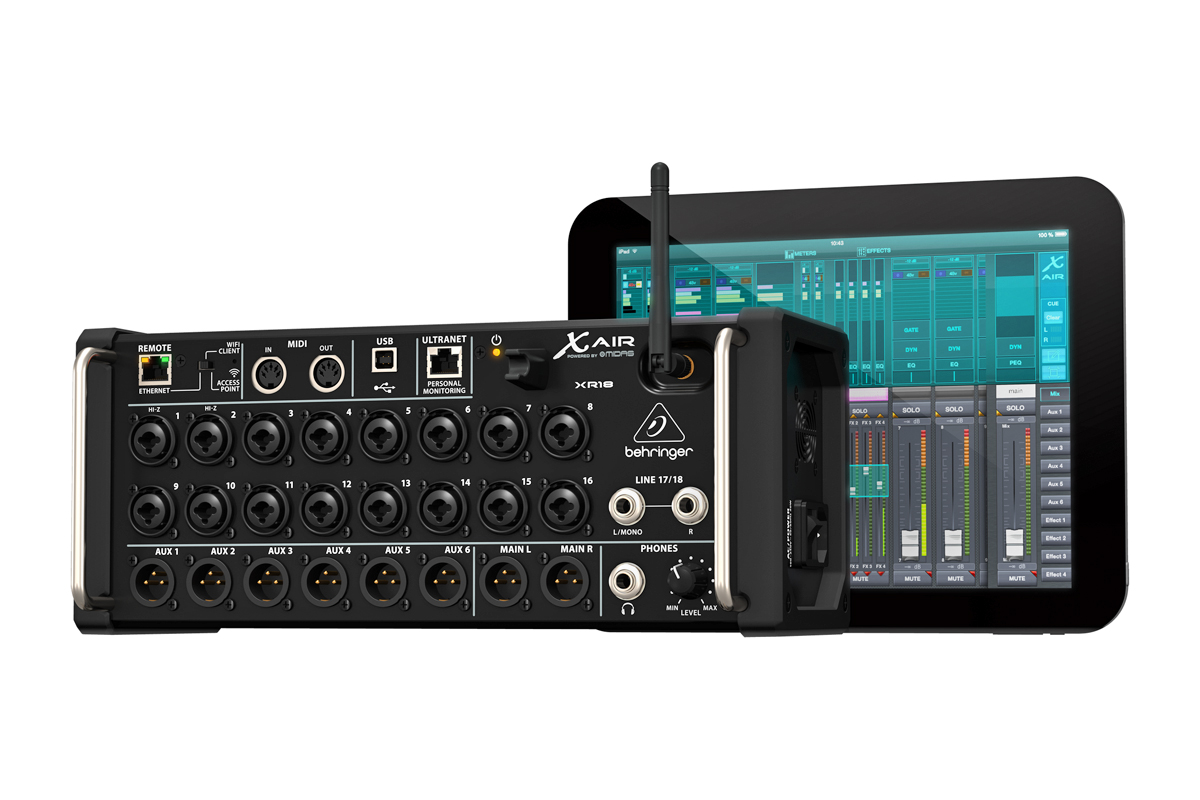 Companies positioned in the more affordable segment of the live mixing market have experimented with replacing the physical controls in a digital console using a tablet’s touchscreen, either physically connected - allowing faster response and real time meters - or using wifi for wireless control. Normally the iPad was chosen because of the wide availability, less models to deal with, iOS robustness and all the developers tools provided by Apple.

Nevertheless, docking the iPad directly in place of the faders and potentiometers - as Mackie, Alesis, Line 6, Roland and even Behringer have tried, didn’t proved to be the smartest investment, since every time Apple changes specs in the new models - or changes the connector, as it happened with the transition from the 30-pin to Lightning - those products risk obsolescence. Software support can even endanger the whole concept as users have learned. Hence, the concept of stage box format mixers - where tablets can be used only for wireless remote control without any physical attachment - seems rather logic and much more attractive. Also, rack mount mixers can be used as analog front-ends for digital multitracking, in the studio or live situations or to simply feed stage monitors. 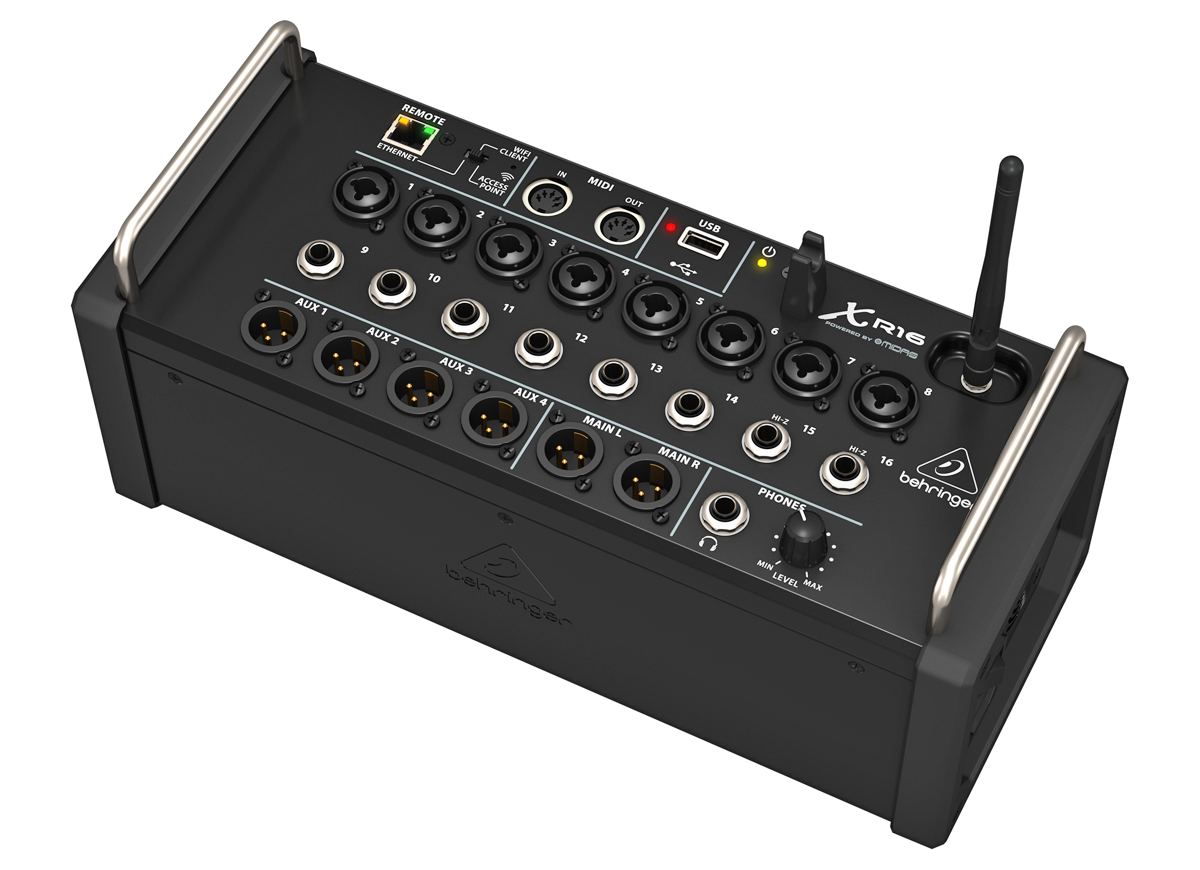 Following experiments from Alesis and Mackie, Behringer announced a new family of affordable digital mixing solutions at the NAMM Show, in January 2014, which also included a new dockable mixer, the X18. That model is also now integrated in the new X Air Series of stage box format mixers but it seems clear that you don’t actually need a desk from an audio manufacturer if all you need is a place to actually lay down the tablet. 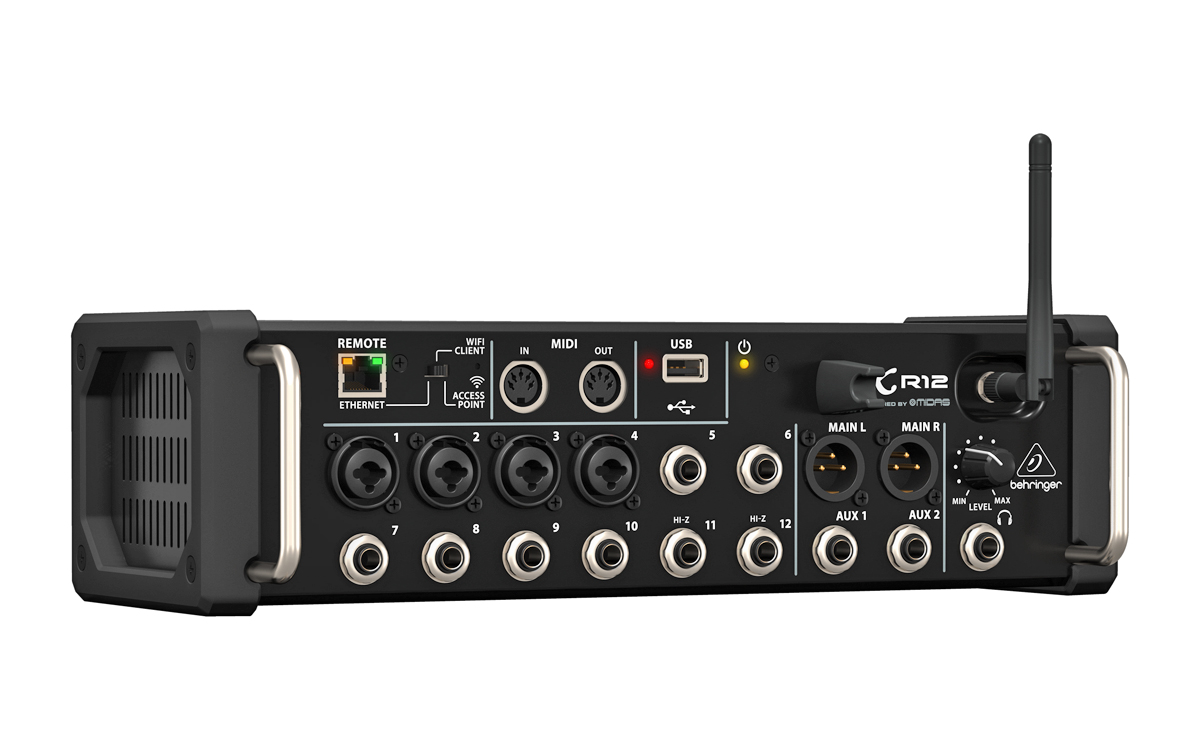 To differentiate the offering, Behringer announced that the new X Air Series will work with an Android app along with an iOS app for any size iPads, as well as any PC, Mac or Linux device. Lets expect Behringer will be able to sort out timely updates for all the platforms - not easy, as Behringer has learned from its iOS-only experience. The robust XR18, XR16 and XR12 stage box mixers are supplied with a convenient rack-mounting kit and an integrated tri-mode Wifi router. 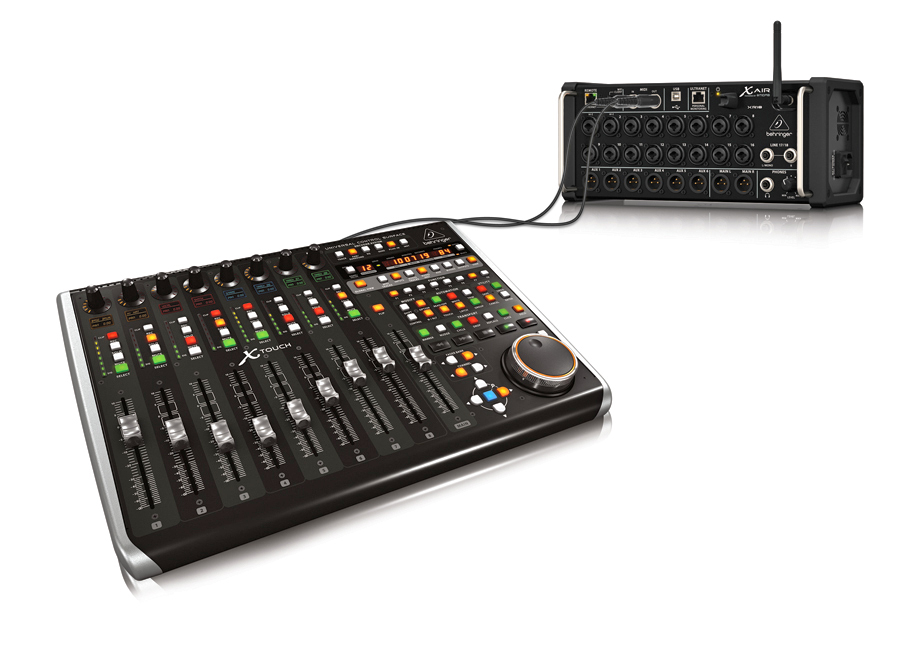 All the models are suited for both live and studio applications - the Midas-designed mic preamps are a convincing argument in comparison with similarly priced analog mixers… - and all offer a MIDI In/Out with external control via MIDI (Mackie Control protocol) and a USB connector for file storage or uncompressed stereo WAV recording and playback. The series also features Gain Sharing technology (Behringer says “based on the legendary Dan Dugan automix”) to manage fully automated mixes with up to 16 live microphones.

Using the same FX engines in the X32 console, the onboard virtual FX Rack provides access to multi-effects processors including delay, chorus and dynamics. The larger XR18 can run production-quality, true-stereo reverbs concurrently with 31-band EQ on the main and aux buses, all without the need for any additional hardware. This includes high-end simulations of legendary studio effects, such as the Lexicon 480L and PCM70, as well as the EMT250 and Quantec QRS reverbs. The XR18 also includes a high-resolution 100-band Real Time Analyzer (RTA), with full Bar and Spectrograph views.

Apart from the dedicated apps for wireless control on Android tablets or Apple’s iPad, the X Air mixers can also be remote controlled using physical interfaces. The MIDI I/O port on the XR18 mixer can be used for connecting external MIDI controllers, such as Behringer’s new X-Touch. With PC, Mac or Linux computers, Behringer supplies the free X Air Edit software. Connected to the mixer using the built-in Ethernet (LAN) connector and Cat 5 cable, all the mixer functions are instantly mirrored on the computer screen, which can also be touch screens.
www.behringer.com
related items