Audinate announced the scheduled release of a firmware update that provides its Dante audio-over-IP networking technology with support for the AES67 audio networking standard. The company confirms that an update to its Dante Brooklyn II platform enables connectivity with AES67 products. 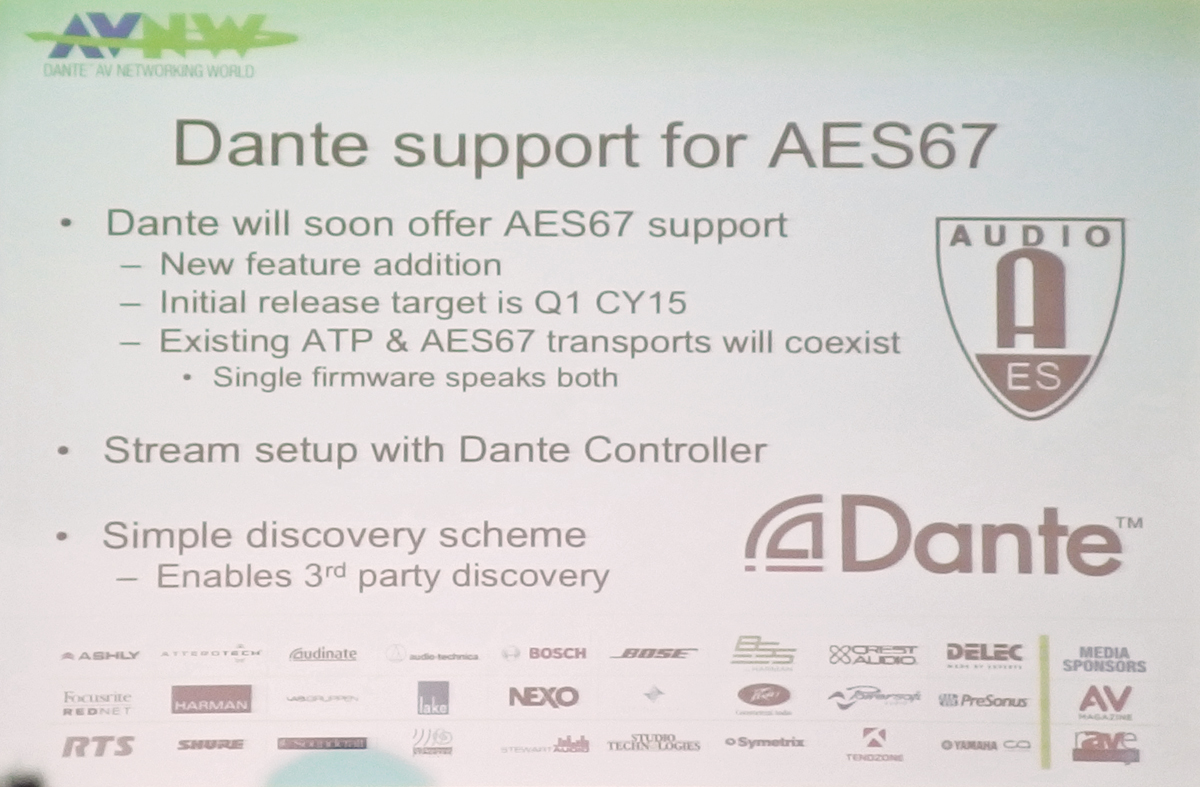 As announced earlier in February 2015, Audinate will provide support for the new AES67 audio networking standard through a firmware update to existing solutions. With this update, the existing ATP and AES67 transport mechanisms will coexist and the new firmware will speak both.

The addition of AES67 will allow baseline connectivity between the growing ecosystem of Dante-enabled devices and networked devices from other vendors who support AES67 bridging, such as Ravenna, Telos/Axya Livewire and QSC Q-Lan solutions. Although the AES67 standard covers only the basic sync, QoS and transport of networked audio, systems utilizing Dante networking will retain their enhanced features including simple device discovery, channel naming, clock monitoring, network status, latency monitoring, and redundancy. 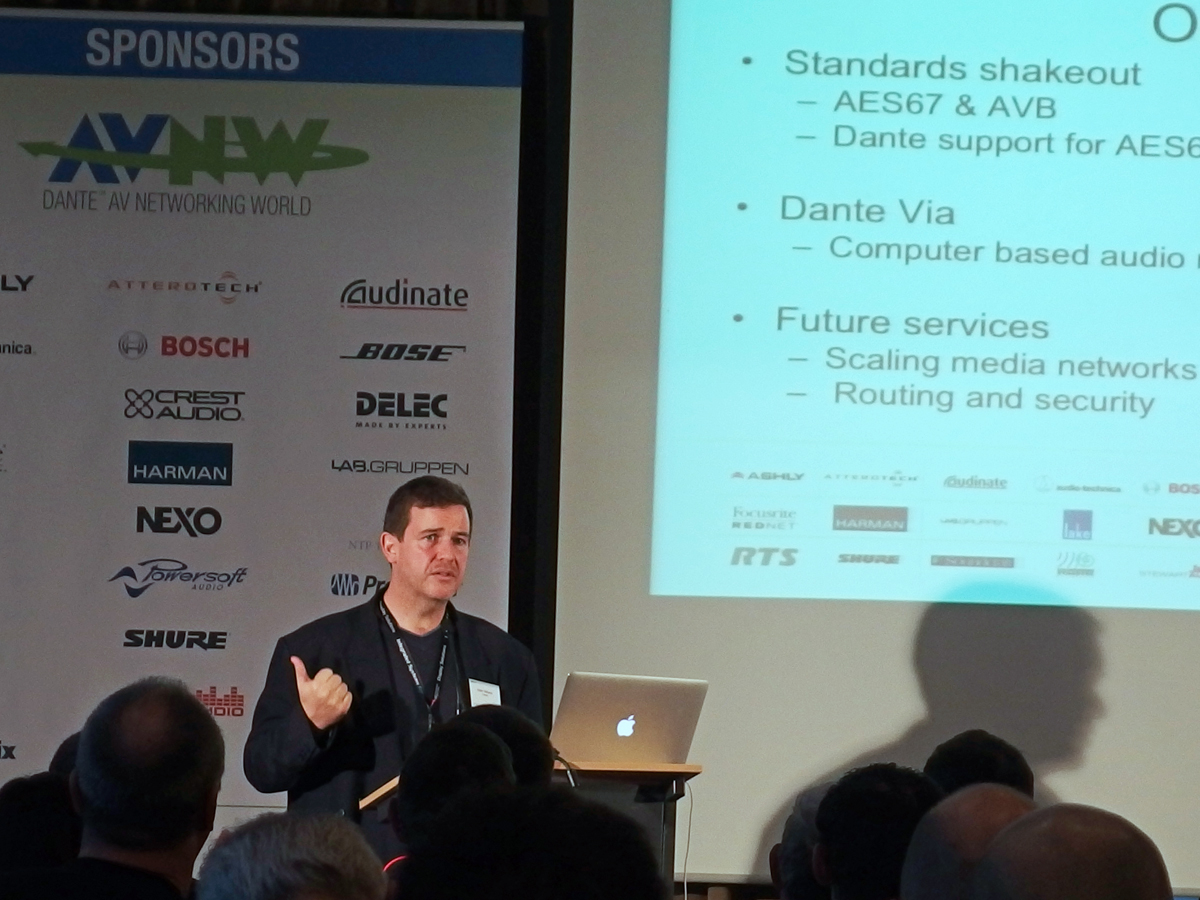 “Dante has always been built on a foundation of open standards, and AES67 is the latest standard added to our solution toolkit,” explains Aidan Williams, CTO of Audinate. “The adoption of AES67 supports our vision to make Dante the most complete audio networking solution, and will help facilitate the industry’s evolution from analog to Audio-over-IP.”

AES67 support in Dante will initially be made available in a firmware update for the Dante Brooklyn II card, which will be released to Audinate OEM partners for integration and testing into their products.
www.audinate.com

Aidan Williams, CTO of Audinate, explains more about the AES67 Audio Networking Standard interoperability with Dante in this video.