At the 2015 International Consumer Electronics Show in Las Vegas there were plenty of new headphones, earphones and earbuds, including many new wireless models. But for the more demanding consumer nothing grabbed more attention than the announcement of the new EL-8 closed- and open-back planar magnetic headphones by Audeze. Also, Audeze introduced its new Deckard high-quality headphone amp/DAC.
For the high-end audio market, the CES 2015 will be remembered for Meridian’s presentation of its MQA encoding technology, promising to make true high-resolution audio available at manageable bit-rates and file sizes. And if we want to listen to high-resolution audio we will need higher quality listening systems like Audeze’s LCD-3 flagship magnetic planar headphones. In fact, Audeze had the LCD-3’s available to audition with Meridian’s Prime Headphone Amplifier and MQA sources - while Meridian’s suite offered the same combination. 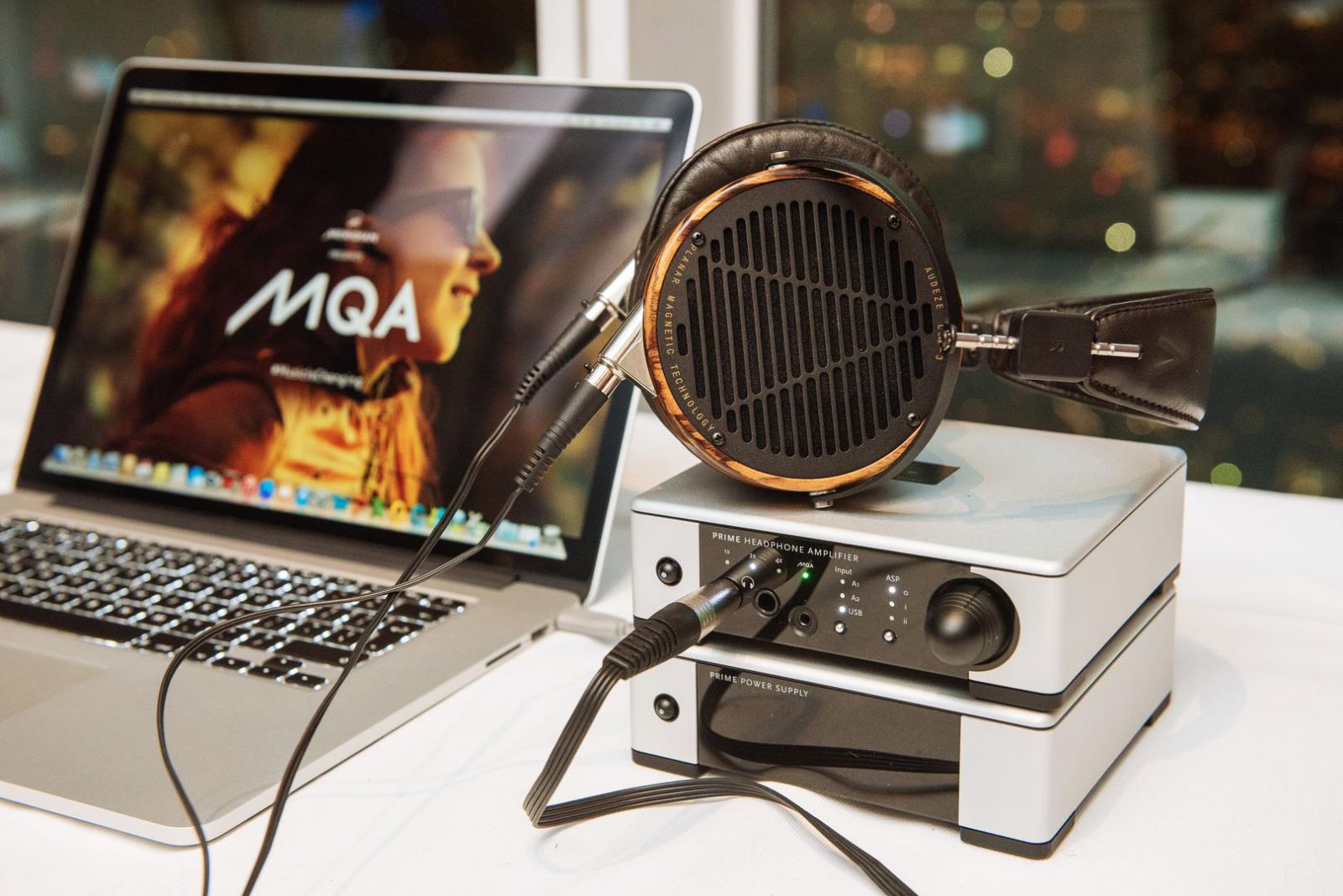 The question is, even Audeze knows that the market for $2000 headphones - and even higher than $1000 - restricts its expansion abilities, especially considering that careful engineering and industrial-design allows manufacturing a similar quality product at a much more affordable price-tag. Maybe even improving certain aspects of its original designs at an acceptable (still upscale) retail price with some clever engineering.

All that was achieved with the launch of the new Audeze EL-8 headphones, available in two models: closed-back and open-back. Both offer the same level of performance, while the closed-back model offers greater privacy and isolation from the environment. AudioXpress had the opportunity of trying both models and we can say we were positively impressed. We were even more impressed to see that the EL-8 shows a more robust and well-finished product than previous Audeze models and that both will be retailing for $699 very soon. 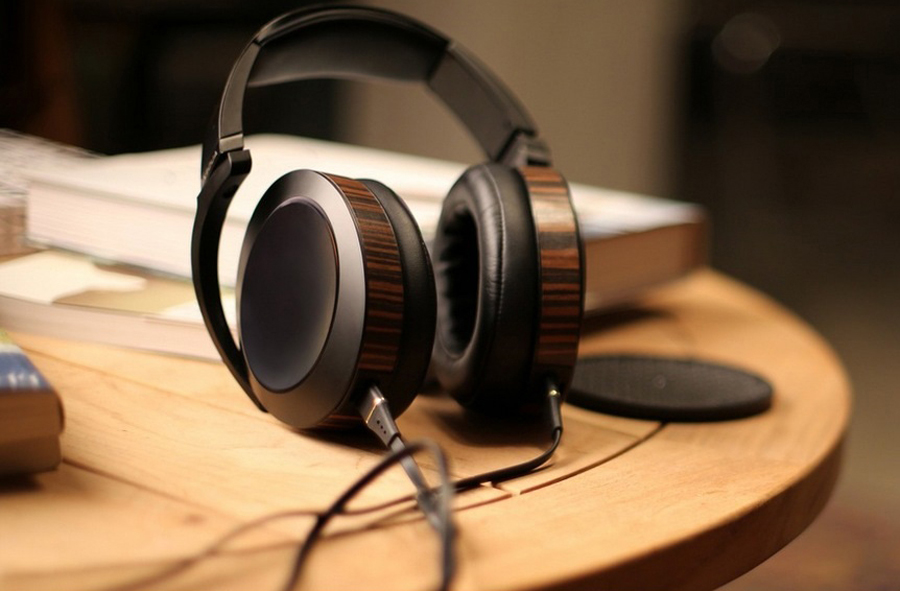 We agree with the brand’s claim that “the EL-8s are a remarkable achievement in engineering, comfort and style. Its performance surpasses anything on the market in its price range.” The clever industrial design for the EL-8’s was achieved in collaboration with BMW Designworks USA. The EL-8 is a refined and elegant product, much more ergonomic, flexible and portable than Audeze’s previous models, without compromising sound quality.

Audeze says their new product is “devoid of anything superfluous and designed for lifelong ownership”. The models shown in Las Vegas still needed some attention regarding the headband pressure and fit, even though Audeze claimed its design “ensures the headphone can be worn for hours in perfect comfort and relaxation, thus meeting the exacting standards of audio professionals and audiophiles alike.” They always say that, but the truth is anyone with a larger head or sensitive facials (pressure in the temporal artery) will not sustain listening to an hour of music with large sized headphones if the pressure from the headband is higher than what’s simply needed to sustain the two ear cups in place. 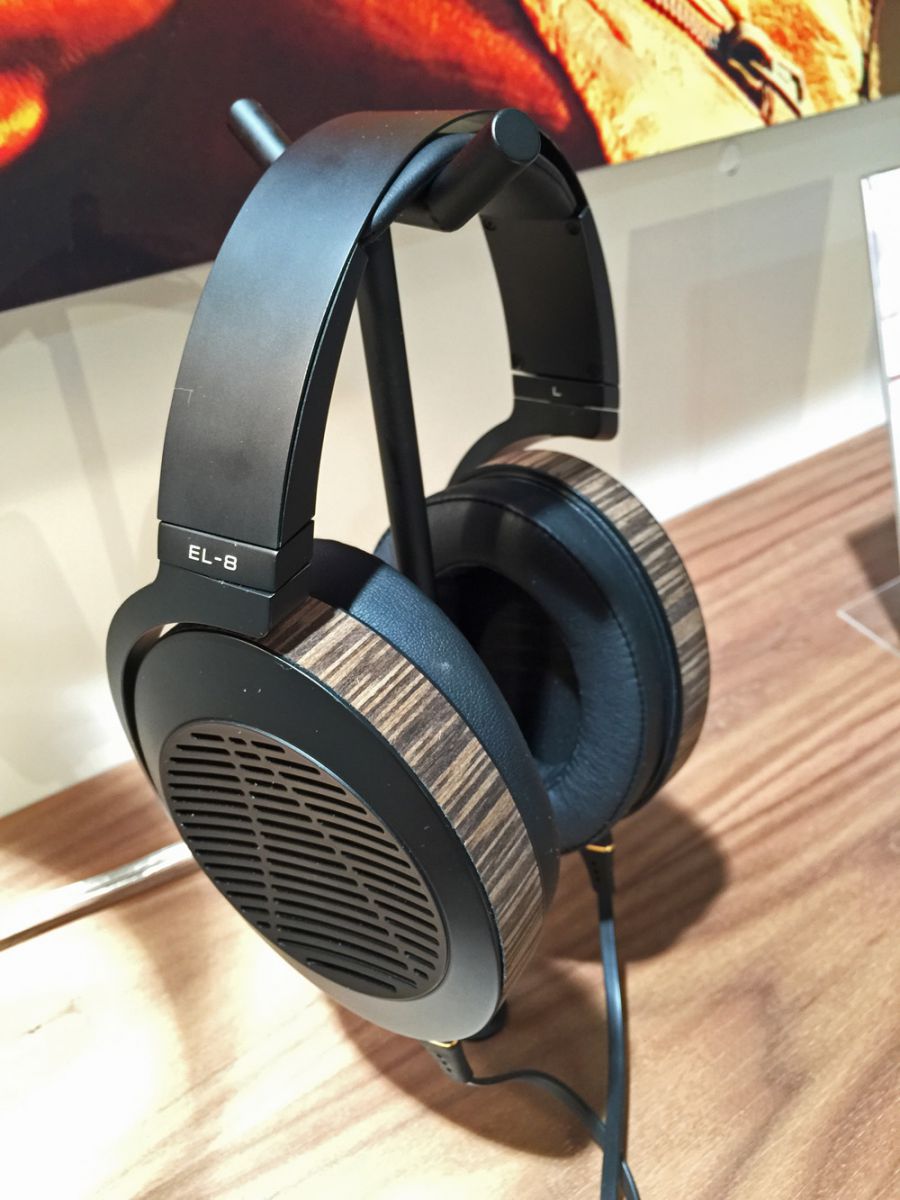 On the other hand, the EL-8’s feel lightweight (they still weight 460/480 grams) compared with the LCD series, while the elegant wood accents and build quality is impressive. Most importantly, the EL-8 features the same advanced planar magnetic technology Audeze developed for the LCD series, now perfected. As Audeze explains, this combines the “Fluxor magnetic technology and a Uniforce diaphragm material that was originally developed by NASA for lightweight electronics to withstand the rigors of space. Audeze reengineered this super strong material to work as a planar magnetic driver.”

This is still an impressive 30 ohms 100 mm neodymium Magnet, specified to deliver 15 watts of maximum power handling for 200ms and achieve an efficiency of 102dB / 1mW and rated THD of less than 0.01% (1kHz, 1mW). They also explain in the announcement that “the new, patent-pending Fluxor magnetic technology introduced in the EL-8 delivers nearly double the magnetic flux density of the highest-grade neodymium magnetic circuits available. This remarkable achievement results in reduced weight with greater efficiency to work with mobile devices.” 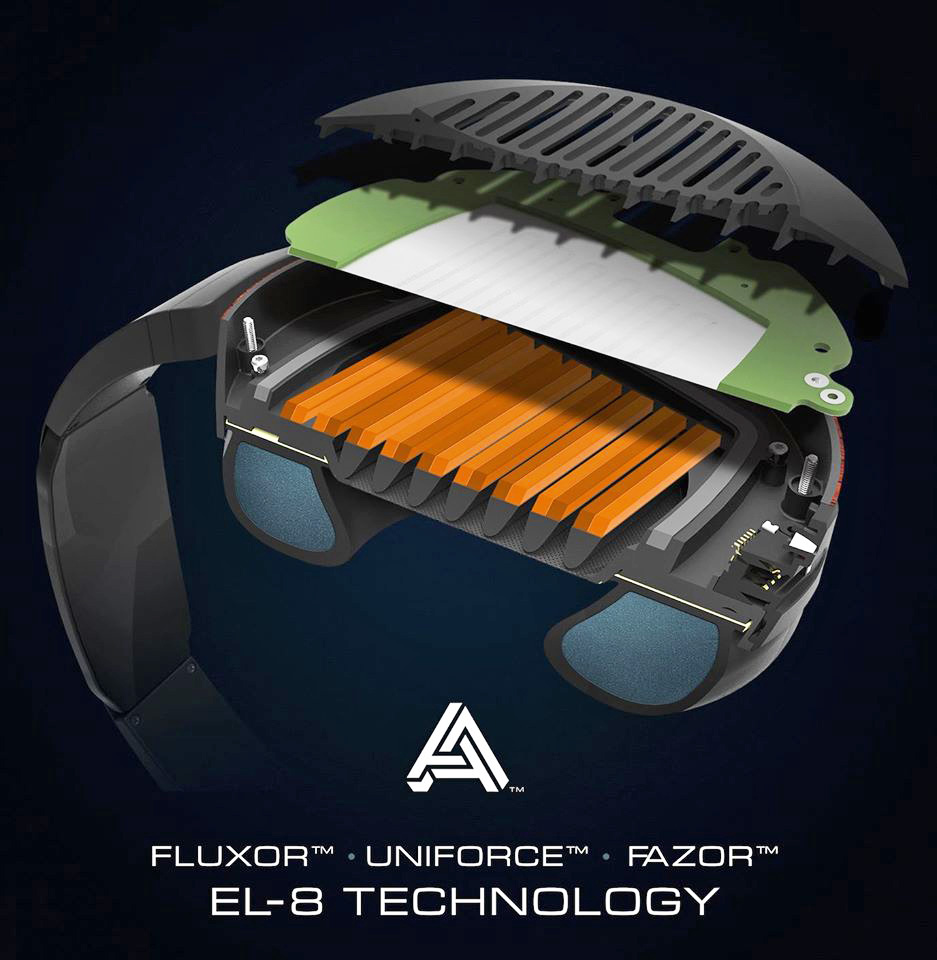 “The EL-8’s patent-pending Uniforce diaphragm employs an industry first - variable trace widths in the voice-coil to effectively capture variations in the magnetic field within the magnetic gaps by equalizing the forces of the individual traces, creating a uniform driving force across the entire diaphragm surface. This results in dramatically reduced distortion, higher resolution and improved imaging,” adds Audeze. 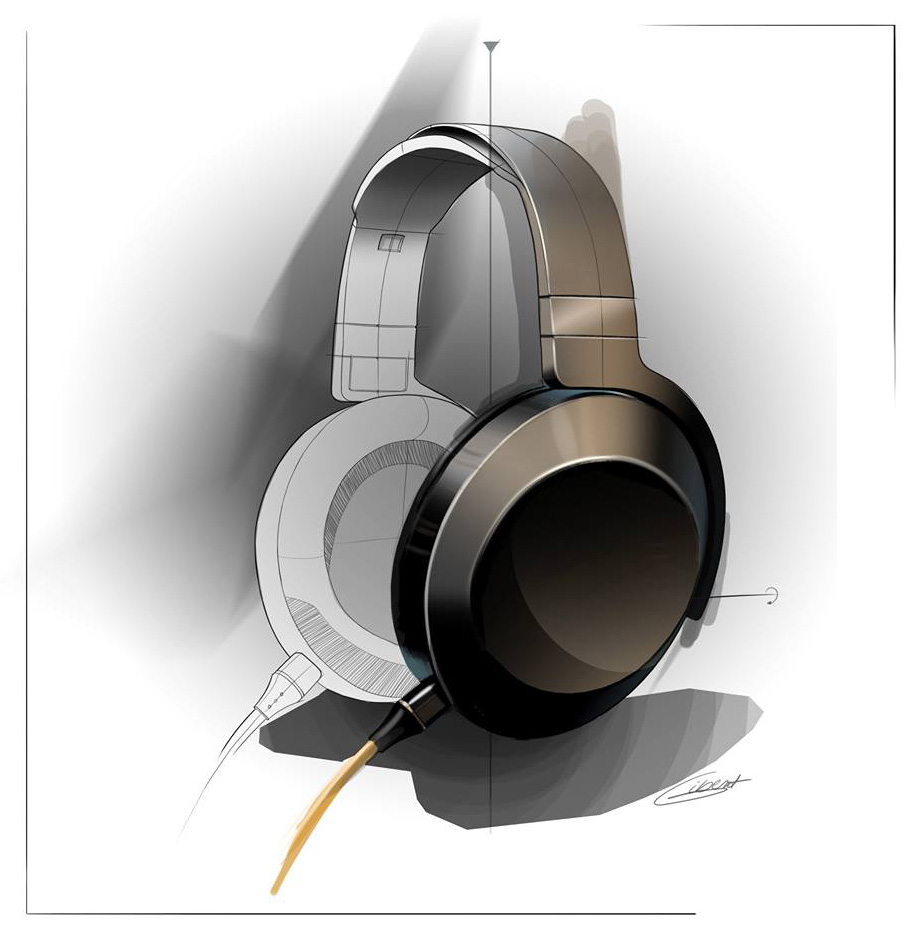 The EL-8 also features the same Fazor technology, introduced in the LCD models. Fazors are special acoustical elements positioned on either side of the magnetic structure. They enhance transparency by affecting the sound waves generated by the large planar diaphragms. “A few of the benefits include extended frequency response, improved high-frequency extension, and lowered distortion, with better imaging.”

The EL-8 ships with a 1.2 meter flat-type headphone cable and 3.5mm to 1/4in stereo adapter and it will work with most portable players and phones, even though an external amplifier is recommended for better results. AudioXpress expects to be able to do a review very soon.

Audeze Deckard DAC/Headphone Amplifier
The new Deckard headphone amplifier and DAC also deserves attention and probably a review on its own. Also designed by BMW Designworks USA, the Deckard is a class-A device, designed to drive Audeze or any other high-quality headphones. The DAC processes 16-32 bits and up to 384kHz - it does not do DSD. There’s a volume control and front-panel switches to choose gain and input (USB and analog) and, apart from the headphone output, it was designed to be used also as a line-level preamp. It will retail for an impressive $699 and will probably start shipping in March 2015.