As promised back in October 2014, music software and hardware developer Arturia unveiled its new AudioFuse advanced audio interface, which the French company claims sets a new standard in audio quality and workflow for musicians. The introduction was a major highlight for Arturia at the 2015 NAMM Show.
As audioXpress previously reported, Arturia’s President, Frédéric Brun, promised its company would introduce an audio interface which would “bring something new to market.” That promise was fullfilled at the 2015 National Association of Music Merchants (NAMM) Show with the introduction of the AudioFuse advanced audio interface, which the French company claims “admirably succeeds where many audio interfaces have failed, fusing the superior sound of high-end mixing consoles with unsurpassed connectivity and instant-access audio streams, stylishly housed in a compact, carefully-constructed chassis.” 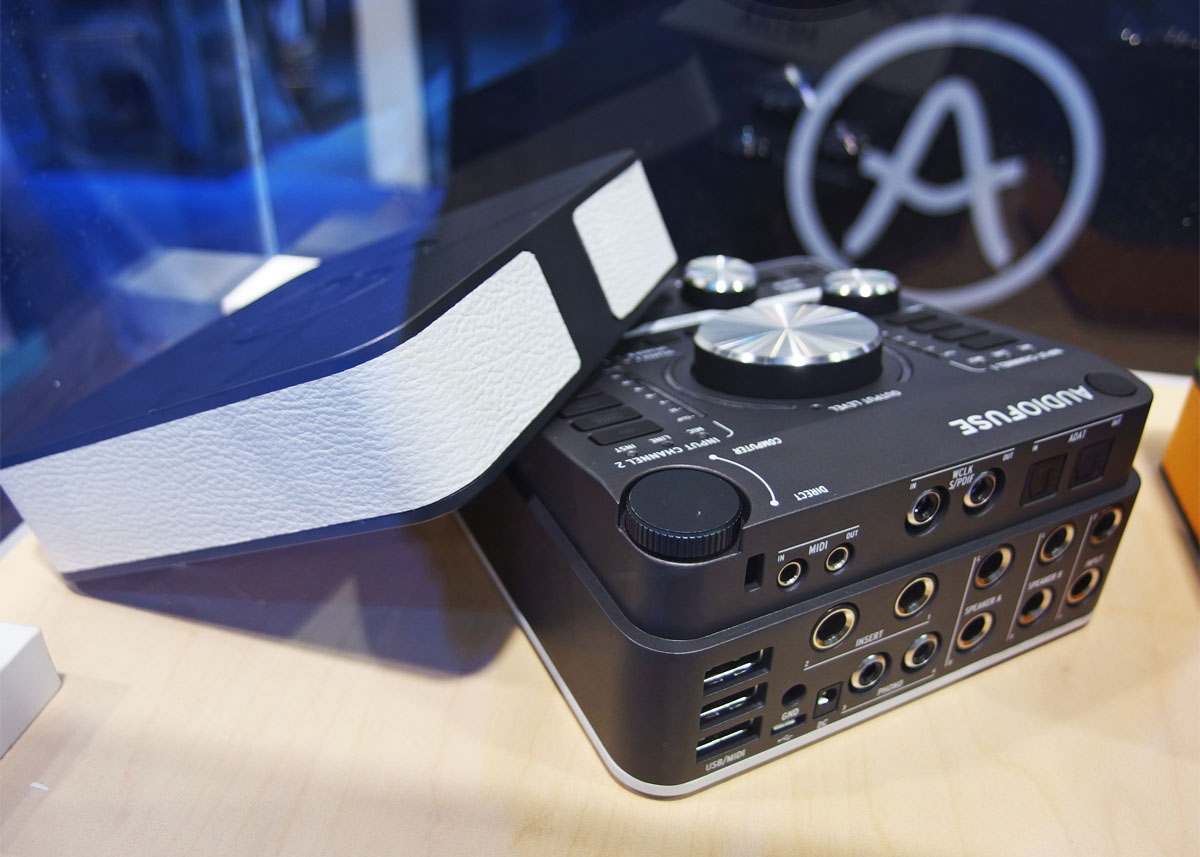 As the company’s announcement at the show explains, the new audio interface is built on a fully symmetrical audio chain where every stage has been diligently designed, achieving “unrivalled sonic purity.” Its two DiscretePRO microphone preamps take the best of yesterday’s vintage mixing consoles and today’s technology to provide “a unique, totally discrete circuit that goes beyond the limitations of integrated circuits.” AudioFuse’s 24-bit AD/DA convertors are of the latest generation, delivering audio at up to 192-kHz sampling rate and, in conjunction with Arturia’s advanced clocking system, they guarantee extremely accurate timing.

AudioFuse has been developed with musicians in mind, with clearly labeled and simple controls. ”Nothing is buried behind convoluted menu-driven access systems, so no need to stop in your tracks and risk stopping the creative flow mid flow while scratching your head trying to work out what to do next. Quite the opposite, in fact. For everything is directly accessible and controllable. Which is how it surely should be,” explains the release. 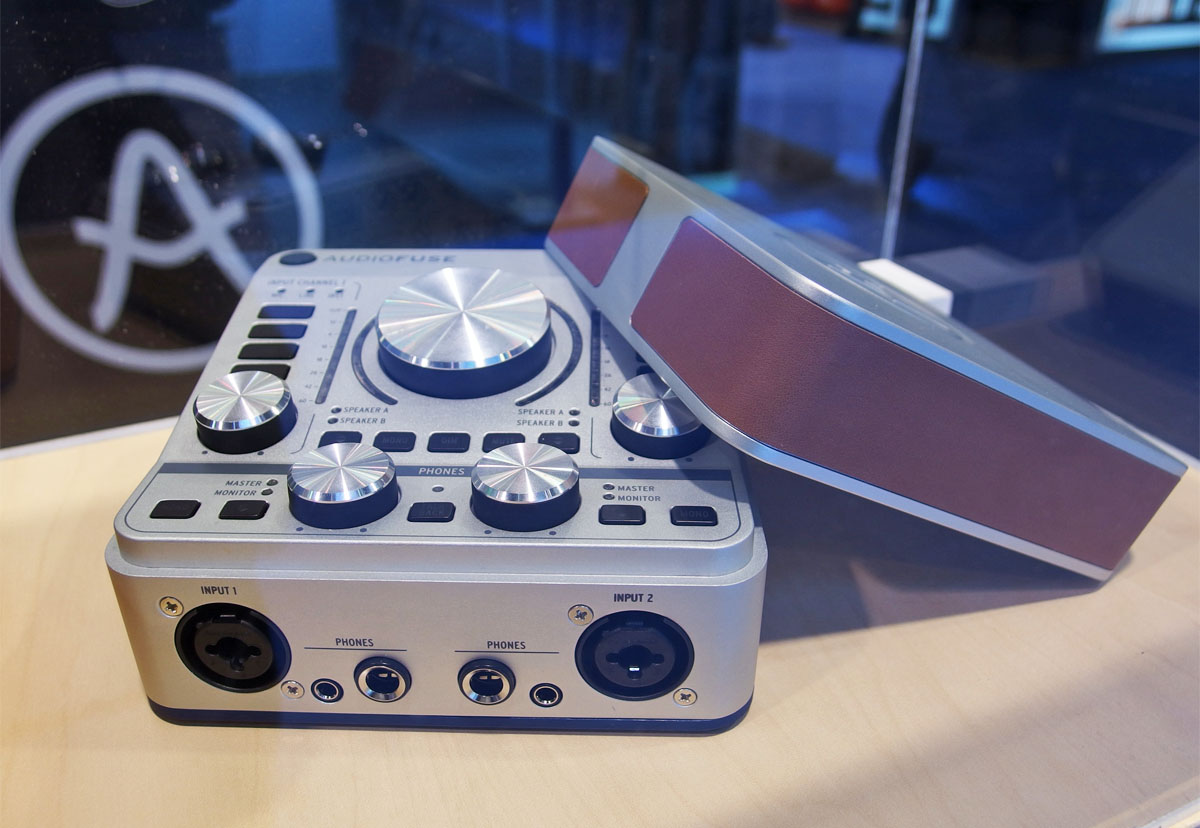 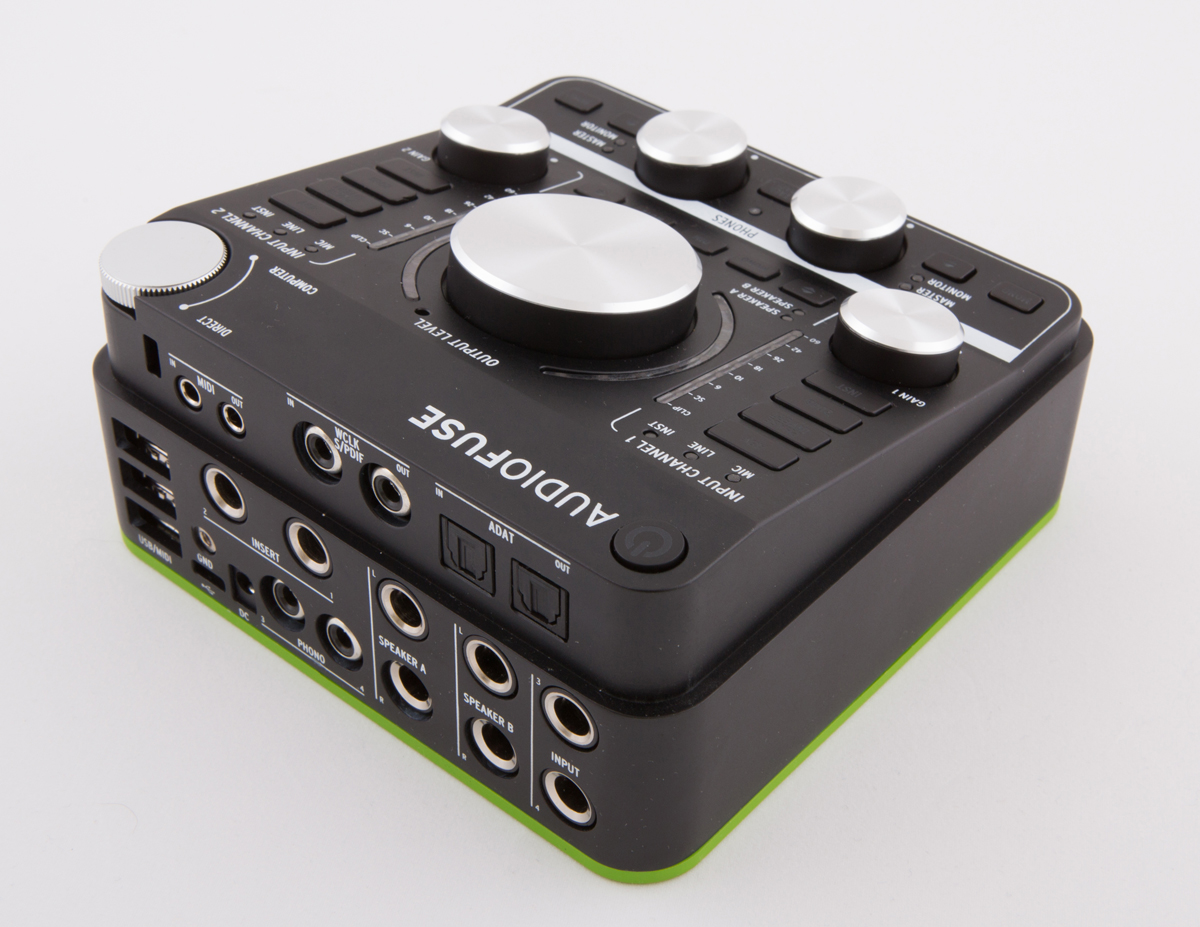 Above all, the new Arturia interface enables ample conectivity to a wide variety of equipment, from microphones, instruments, turntables, pro audio equipment, Macs, PCs, tablets and even iOS and Android smartphones. Clearly-labelled inputs show ADAT, MIDI, phono, S/PDIF, Word Clock, USB, XLR/ balanced and 0.25” combo connections. As the company states, “never has so much been so professionally packaged into something so small.”

Another innovation area is the fact that AudioFuse also acts as a three-port USB/MIDI hub as well as offering a TALKBACK feature (to give directions to talent in another room using the built-in microphone) and INSERT connections (to add external line level devices, such as compressors or other effects processing, into the signal flow before the digital conversion stage). 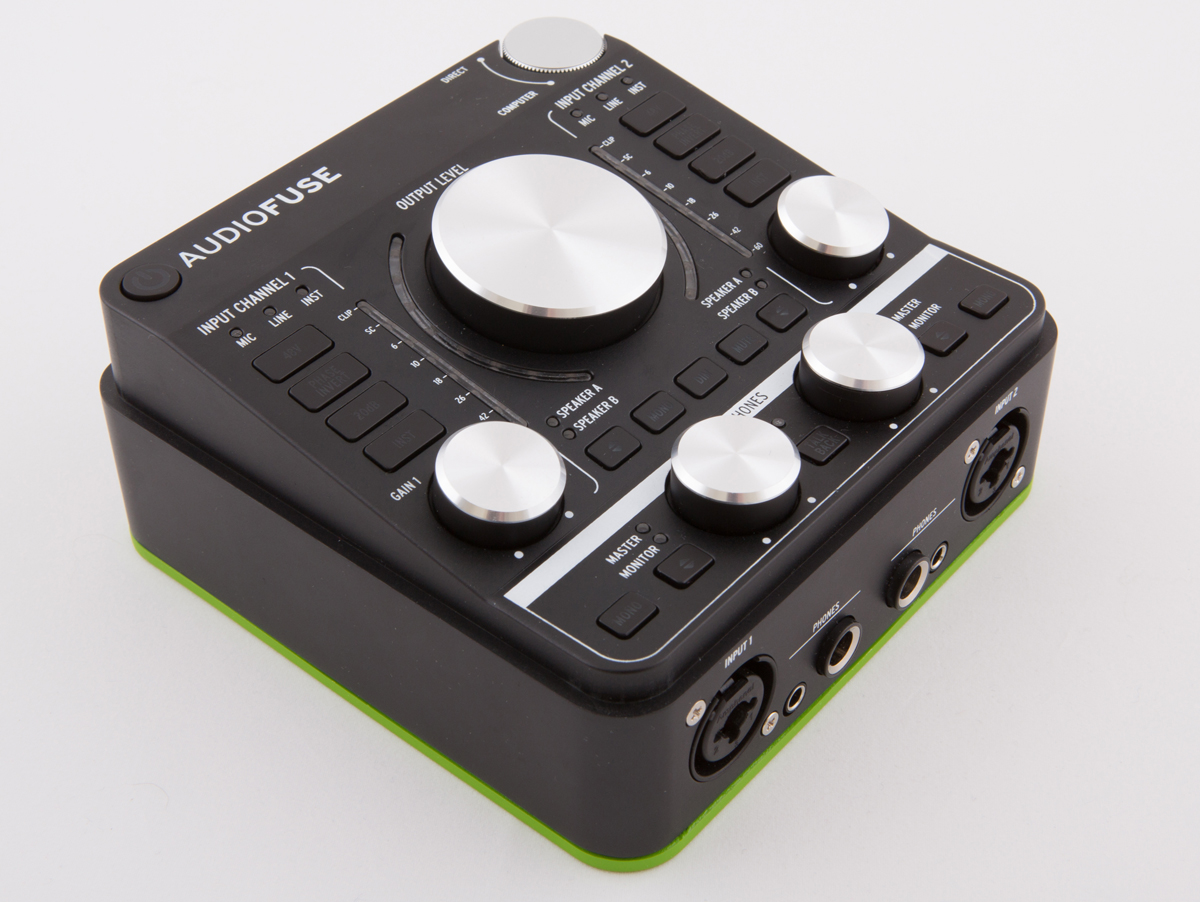 Arturia says that each and every AudioFuse unit passes rigorous testing and comes complete with its individual measurement chart showing the output plot. The aluminium chassis is toughened to withstand the rigours of the road and features an original leather-covered top to protect the controls during transport and also to “look as good as it sounds.”

Still shown in pre-production units at the NAMM 2015 show, Arturia confirmed the AudioFuse will be shipping in Spring 2015 and available in a choice of silver, grey, and black colour finishes for €549.00 EUR/$599.00 USD.
www.arturia.com
related items